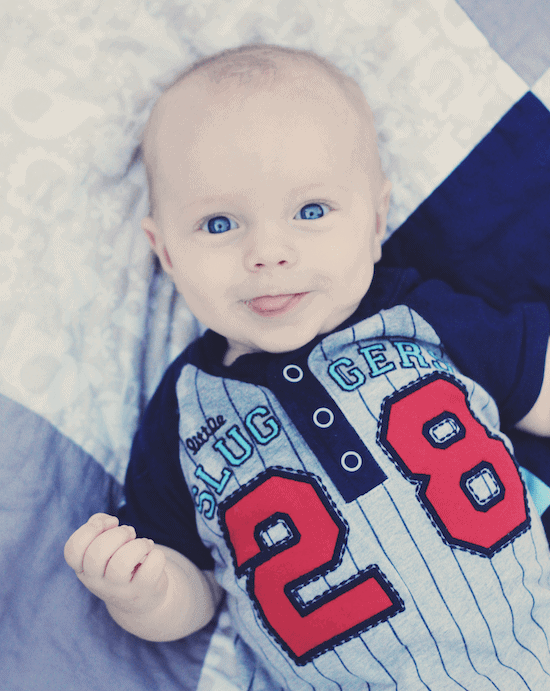 Baby Blake is getting bigger and smarter these days 🙂

Is it just me, or is this boy freaking adorable? Big blue eyes, long eyelashes and dimples!!–>heartbreaker

I took him to the doctor a few weeks ago so technically he’s 4 1/2 months now, but here’s the latest and greatest about my little guy.

-Blake is a long and skinny baby with one big head! His length is in the 89th percentile and his head circumference is in the 90-somethingth percentile. He’s sort of at a weight plateau, holding strong at 15 1/2 pounds. I thought he had an ear infection a while ago, but I took him to the doctor 2 separate times and it was nothing but a virus {which is what the doctor is contributing the weight plateau to.} By 6 months, he should be gaining again. 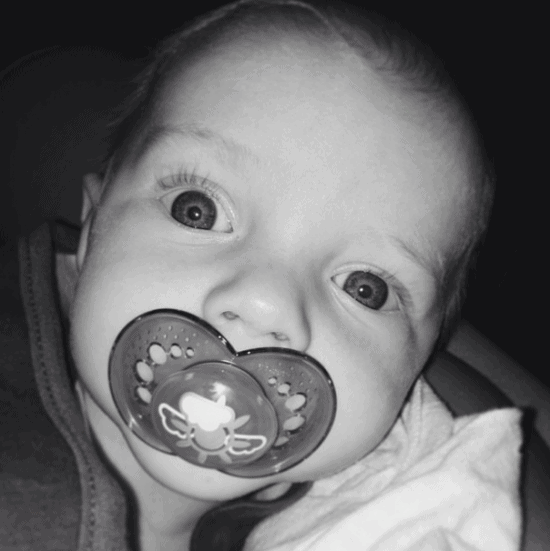 -His sleep patterns got all funky with this virus because he was so cranky and didn’t want to lay flat. So, we were getting up 3x a night. What a rascal.

-THANKFULLY, he’s mostly out of that habit and is feeling better. I’ve found that the more I push naps in the day, the longer he’ll sleep at night. I also like to push his bedtime closer to 9pm so he will sleep closer to 3 or 4 instead of waking at 1 or 2. -Blake prefers to sleep on his side and REALLY likes having a soft blanket by his face. This helps him calm down when he’s cranky and will actually help with the whole transfer from arms to crib. It’s great! The pacifier helps a lot too.

-This boy can ROLL! I think it mostly has to do with his big ol’ head though. He watches his sister walk around the room and before he knows it, he’s on his back….or back on him tummy.

-My friend Jessica lent me a play mat so I could see if he would like something like that. He LOVED it the first week or so, but now doesn’t like it unless 1 or more people are there with him, actively playing with him–which lets be honest, doesn’t really happen all that much. I try to play with him, but there comes a time when I can’t chop vegetables/fold clothes with one hand. Which brings me to my next point: 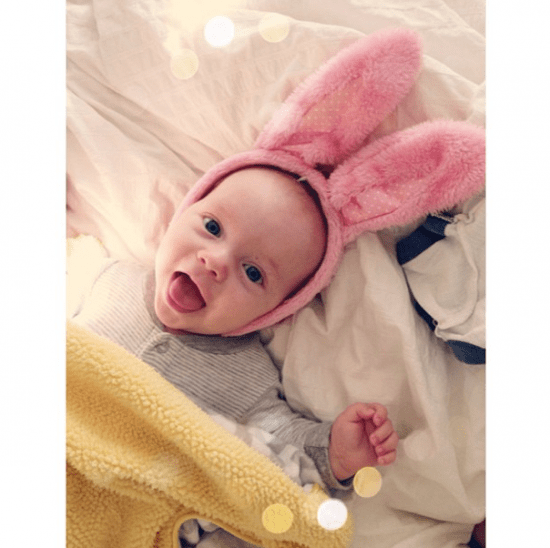 -I’ve started dropping my kids off at a babysitters house two days a week!! I am so thrilled that I get two days to myself! I get work done, I go to the gym, I run errands quickly and it’s amazing everything I can get done in that small window of 8 hours!

-Because Brooke and Blake go to the sitters’ house, I need to make sure I have enough milk pumped. This is a bit of a challenge and have started feeding him small amounts of formula on the days he is away from me. This actually has helped me get ahead of the game and start stockpiling my milk in the freezer. I sort of feel bad that I had to give him formula, but at the end of the day, I’m grateful he will eat it. Plus, this might allow me to sleep the whole night through so my husband can get up with him…..right honey?! 😉

-Blake likes smothering himself in warm, cozy blankets and really enjoys being rocked to sleep. That rocking chair I got a few weeks back has been great. For naps, I’ll rock him ’til he’s almost asleep, then transfer him over to his crib. I find that there’s a window where he’s tired and calm enough that when you put him down into bed, he stays there. If he’s too awake he’ll scream once transferred. If he’s too asleep and then wakes up during the transfer, he’ll be wide awake again….and most likely screaming.

-I guess when I put it that way, he seems like a very picky baby. But, because I’m his mom, I know all his quirks and know what works for him, so he’s not picky to me 🙂

-I will nurse him to sleep at night so he sleeps 6+ hours. He is slowly extending that out to 6 1/2 hours and I have even gotten a 7 hour stretch out of him, but that was only one time. Aww shucks.

-His sister likes to play with him a bunch. Blake actually loves watching her dance and move. He will watch her very intently.

-The spitting and drooling phase has started. It’s been going on for a month or so. Bibs are all the rage at my house now.

-I haven’t started rice cereal yet, but might start in the next few weeks. This boy watches us as we eat and does NOT enjoy it.

-He loves bouncing up and down in my arms, loves watching himself or others in the mirror and might occasionally like being tossed up in the air, depending on his mood.

Overall, we have a happy and healthy baby boy! How grateful we are to have this little dude in our lives! He really is a great little kid.