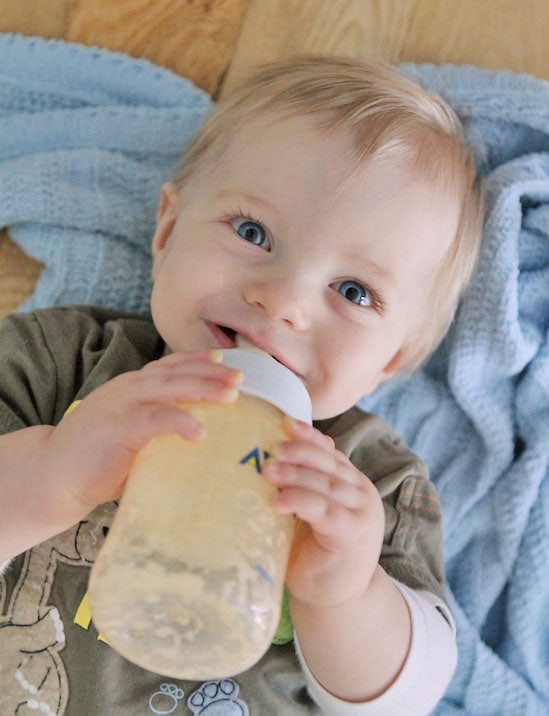 So, February only has 28 days! No 29th to celebrate his 10 month birthday, but we’re doing it anyways 🙂

Here’s the latest and greatest:

My baby boy is still a bottomless pit. Will eat anything you put in front of him except peas. He lunges forward to try and eat whatever it is you’re eating if he happens to be in your arms at the same time. LOVES little bites of bread and yogurt. He would eat yogurt non stop if we let him! He doesn’t like yogurt with fruit chunks in it which is exactly what I hate about fruity yogurts. Maybe he’ll take after me!

Blake finally started cruising along furniture and has even had the guts to try and reach out to go from the couch to the ottoman. He still refuses to crawl and is sticking with his army crawl on his tummy. I have caught his a few times rocking back onto his knees, but he doesn’t seemed too thrilled with the idea of using them. Ha! He’ll also scoot along the floor on his bum too to move. He still doesn’t try to pull himself up much…he’s very cautious. The whole transferring from sitting to crawling to pulling himself up to stand doesn’t seem to interest him much. 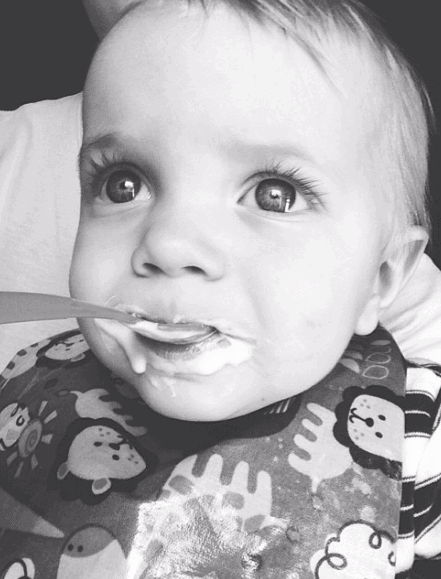 I’ve noticed most recently that he’s getting a lot more sensitive to noises and the emotions of others around him. If I’m happy and start laughing, he will too. If Brooke is sad, he will start to cry right along side her. He also doesn’t like getting scared or loud noises. The blender and vacuum cleaner are his nemesis. I also sneezed the other day which startled him and he started to cry. He was not a fan of that.

I divide his baths between the kitchen sink and the big bathtub. He loves the ‘showers’ he gets in the kitchen sink though and doesn’t mind getting water in his eyes or on his face. Splashing is his very favorite thing to do ever and I typically get drenched when I bathe him. He also thinks it’s pretty hilarious to scoot on his bum around the bathtub in the water. Plus, it’s slippery so he moves faster! 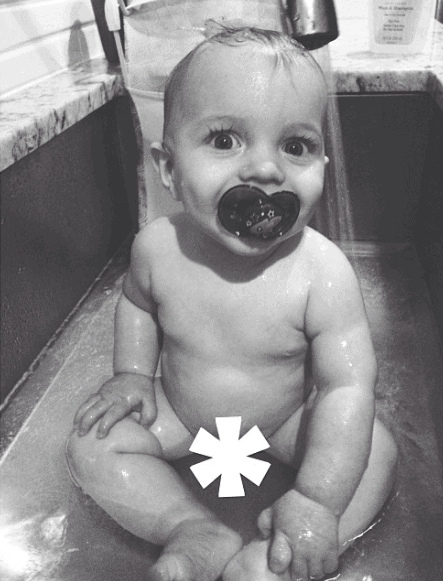 I think he picked up a couple pounds this last month because he is feeling heavier and heavier these days. My arms are getting all buff just by carrying his car seat to and from the car!

He’s pretty much weaned himself from nursing and hates drinking from a bottle because he doesn’t want to sit still to drink anything. I tried everything to get him to keep nursing, but he would scream every time I’d try to hold him still to eat. Any time you try to hold him still he screams, come to think of it. THAT should be fun in the next few months. His favorite way to drink a bottle is with his head tilted way back {so he’s almost upside down} so he can see what’s going on in the room. He has tried to drink his bottle sitting up straight, but bottles don’t exactly flow northward. He takes about 3 sometimes 4 bottles a day. 8 oz in the morning and between 4-6 oz the rest of the feedings, depending on his appetite. He also always wants to hold the bottle himself. He’s seriously getting to be so independent.

Blake is pretty much down to 1 {2-ish hour} nap per day and goes go bed right around 7pm to sleep 12 hours straight through. We do a small book with him, rock him a couple minutes and lay him down in his crib. He just rolls over and goes right to sleep! Not one peep. It is glorious! When he was 4 months old, this is what I would think about during those night feedings. Finally, I made it through those rough nights and I’m out the other end. Everyone sing it with me: HALLELUJAH!

He is really into clapping these days and his clap is actually pretty loud. It’s so cute!! He claps all the time, like when he’s happy and even when he’s not, he just claps away. Totally hilarious 🙂 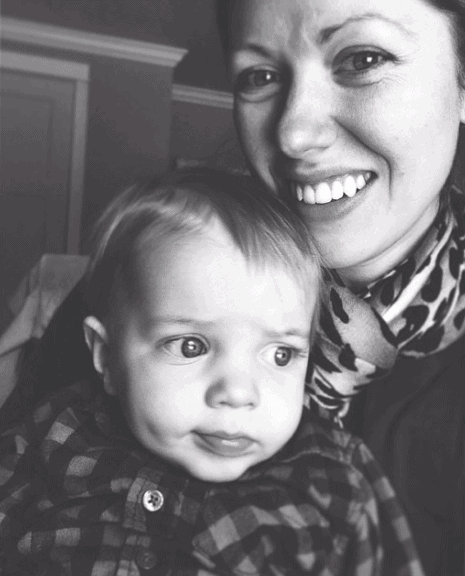 -Did any of your kids wean themselves? I feel like this may have happened to one or two of you before?!

-Am I totally in trouble with this little busy body baby? Boys are usually go-go-go all the time, right? Should I just get used to the chaos now?