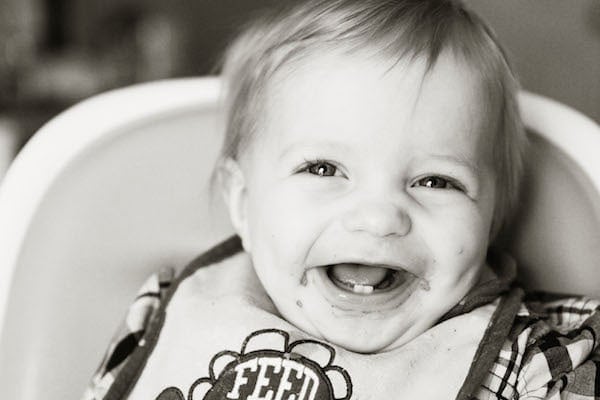 We are moving and grooving right along with growth for this little boy! Here’s the latest and greatest:

EATING: wanting less and less to do with formula and more and more to do with all of our ‘regular’ food. So, I’m giving him modified ‘normal’ dinners with a few pureed solids, but for the most part we’re almost done with buying and making special baby food. HATES peas, green beans or anything green. Pretty much eats everything else with no problem. Loves grapes, oranges, applesauce, pears, peaches, squash, sweet potatoes, bread, pasta and greek yogurt. Yesterday for dinner I made some mediterranean pasta with artichoke hearts, tomatoes, capers, chicken, sun dried tomatoes and a little lemon juice. He LOVED it and ate everything I put in front of him on his tray. He definitely ate more than Brooke last night!

SLEEPING: Blake will take 2 naps in the day and sleep 12 hours at night. We were down to 1 nap in the day for a while, but he’s so much happier taking 2. His morning nap has turned into his long nap and the afternoon one is more of a quick snooze before his bedtime at 7pm. It’s glorious being able to feed him a small bottle, rock him and read him a book {sometimes} and just lay him down in his crib. He just rolls over and goes to bed. This BOY is the best sleeper ever. My daughter was this way too. They are just like me: they love to sleep and thrive off of schedules/predictability. 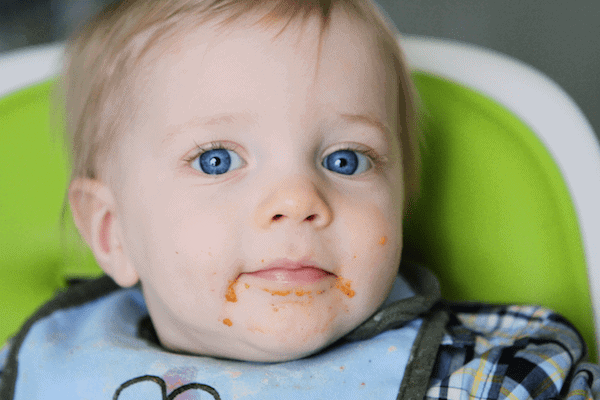 MOVING: Blake hasn’t really started to crawl normally yet, but I’m not really worried because he much prefers walking. He is cruising all along the furniture really comfortably and hates having to scootch on his booty over to some toys he wants. He’s gained a lot more courage in the last month to hold onto the ottoman while leaning over to reach a toy on the ground though! He occasionally will pull himself up onto furniture or transfer from sitting to crawling or vice versa. He just doesn’t like to do it? But living life means he’s going to have to figure this out eventually, right? RIGHT? But seriously, this boy is all about the walking and even when we hold his hands to walk, he tries to run. Soooo, that’ll be fun in a few months. *nervous laugh* I got him to hold onto his sister’s baby stroller and he totally walked down the hall with that thing like it was no big deal. We are seriously a few weeks from him walking on his own. So crazy!

PERSONALITY: Blake has a big sense of humor. He does certain things to get a reaction out of us. Sometimes, I’ll throw a ball to encourage him to want to go get it and actually crawl {or in his case, army crawl} and he’ll go halfway there and decide he doesn’t want to get the ball after all and crawl back to me. Funny kid!! He likes baby einstein a lot and is good about sitting to play with his toys for about 20 minute increments before he starts to get bored.  Also, he loves knocking down towers of blocks or those stacking cups and playing with toy cars or really any toys that move and ‘go’. I swear the boy gene is running strong through this little guy. And it’s not like it’s a taught thing either. There are always plenty of barbie’s around he could play with…except he likes to throw them to the ground!! LOL! 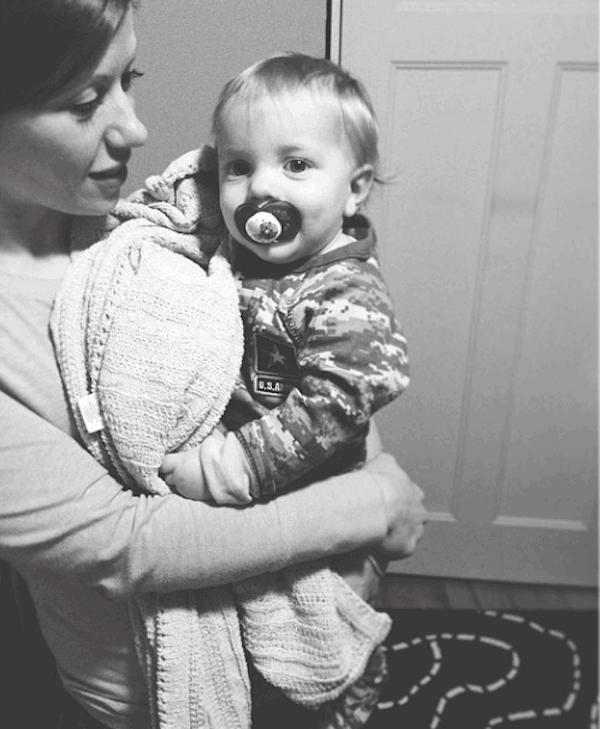 I was really concerned that having a boy wasn’t going to be nearly as much fun as Brooke was as a baby, but this boy is so cute and so sweet and so hilarious that I am wrapped around his little finger. He’s such a good baby! I’m so lucky to have him! He’s just as much fun, but in a different way.

And for fun, watch this. If it doesn’t make you smile then you have no soul.