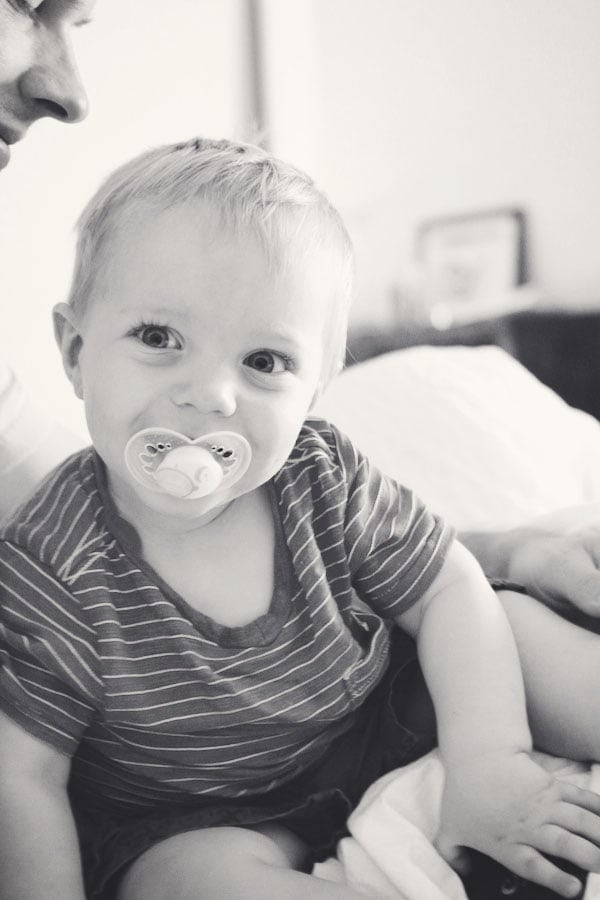 Goodness gracious how the time is flying by.

I haven’t done one of these updates in a few months because milestones seem to slow down after little ones hit their one year mark. However, there are a few things I wanted to document and remember, so here’s the latest and greatest on the Blakeman:

-The boy is finally walking!! We knew he’s been able to walk for a few months now, but him having the courage to actually let go of the wall/his walking toy/my hands has been a whole other story. Anyways, today was the day he’s gotten the courage and he’s just zooming all over! He doesn’t do steps well and still has trouble getting up from sitting to standing all by himself, but overall he’s doing great! Our living room is sunken down one step and he’s very caution. He will walk up to it, sit down slowly, scoot over the edge, crawl to the couch, pull himself up and them walk to where he wanted to go. It’s so fun to watch his mind work!

-Speaking of watching his mind work, today, I was grabbing something out of our laundry room when he came toddling by. He helped me get some laundry out of the dryer, closed the dryer door, then walked over to one door to close it and then over to the other door to close it {it has a set of double doors}. It was the cutest thing! There’s Blake, helping me out already! Ha! Maybe he could rub off on his sister a little?! 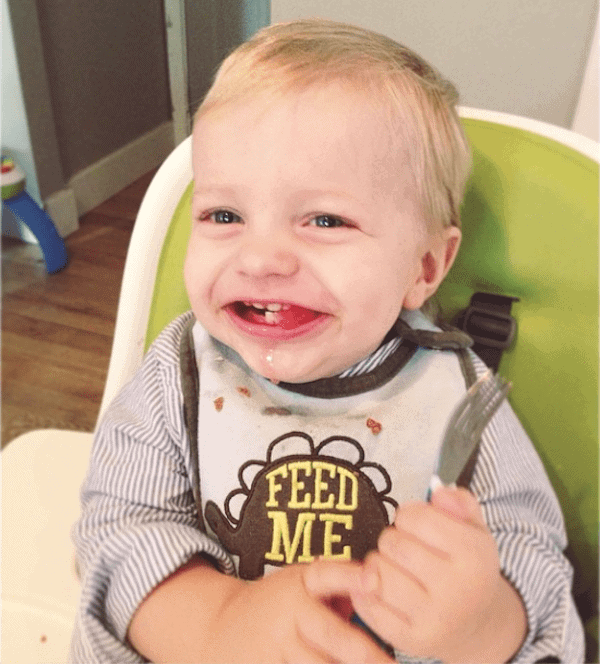 -Right now, he’s getting in 4 teeth. The whole teething situation is driving me a bit insane. There is no rhyme or reason when or why certain teeth pop through before the others. I’ve heard teeth come in pairs, but Blake is the definite exception to this rule. Right now he is getting 3 teeth on top and one on the bottom. His teeth are coming in odds. It’s the strangest thing.

-Even though he’s teething, he generally keeps his happy demeanor. Unless it’s close to nap or bed time. Then I feel like killing myself. 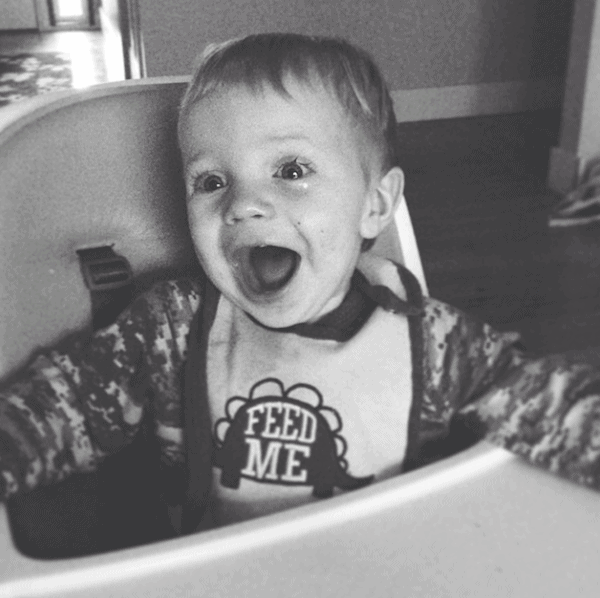 -His eyelashes are longer than mine and Brooke’s, I’m 99% sure. He’s so lucky. What a handsome little fellow.

-His hair is getting thicker and is starting to show signs of a few waves….so it’s blonde like my husbands’ once was and it’s starting to have my hair’s character. Kinda cool.

-I think he’s starting to talk more. Sometimes I swear he copies the words/sounds he hears, but I really can’t be sure because he only does it occasionally. But thus far, I’m almost positive he’s said “oh yeah?” “yay” “woohoo” “no” and “banana”. His mind is a-workin’. Yay for that. 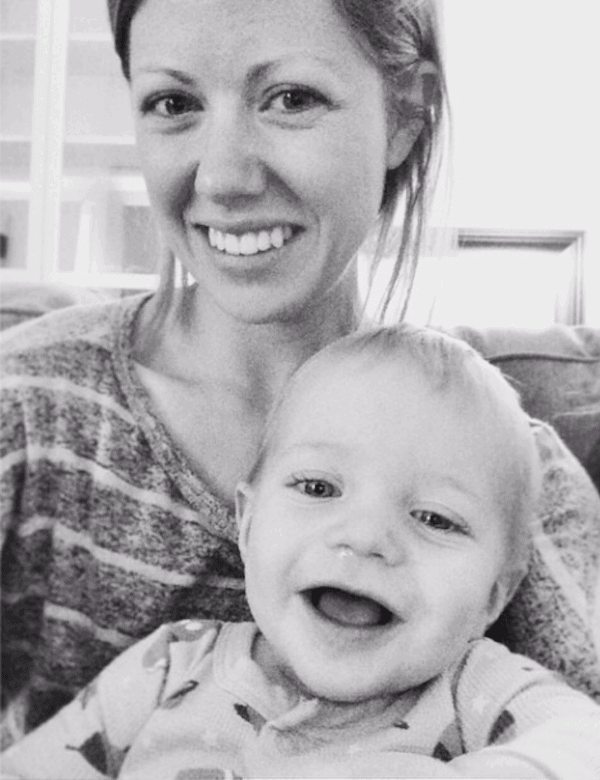 -This kid definitely has a funny bone and does certain things to get a laugh or a reaction out of me. He’s seriously so silly. Case in point: he shoved this dandelion in his mouth and just sat there waiting for someone to notice. He’s also done this with silverware, pens, crayons, etc. 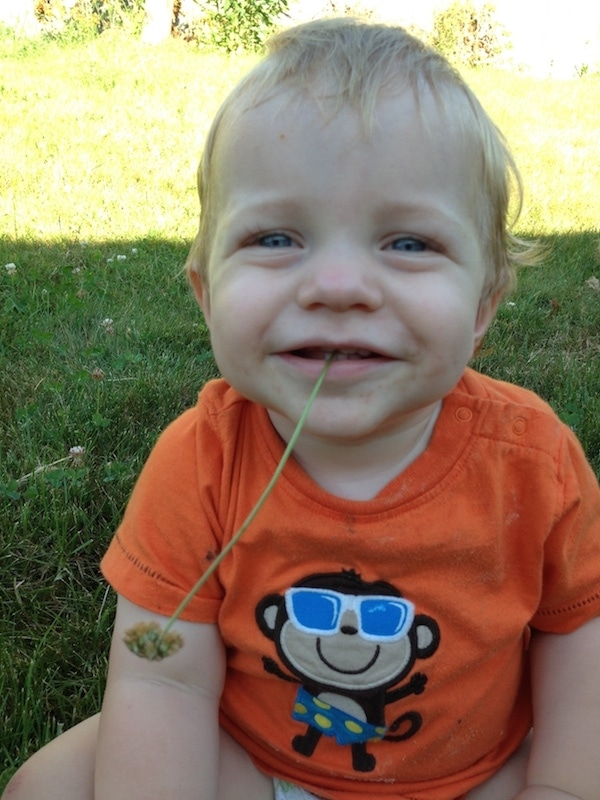 -He loves getting thrown high up into the air. As soon as Gordon catches him on the way down, he makes noises and points to the sky, almost like he’s saying “again again!”

-Still loves his dada and babbles on and on about dada. He also says lalala, mamama, bababa, nanana, kakaka and can blow raspberries like it’s nobody’s business. He can also click his tongue which is kind of fun.

-I’m trying to only give him his pacifier at nap and bed times which means I’m hearing a lot more of this babble talk. Especially when I have him in the cart at the grocery store. He loves getting reactions out of the other customers, by pointing and yelling at them. They look, he laughs and they say something like “wow, he’s so cute!” etc.. It’s really hilarious to watch. Yesterday, I was at Fred Meyer and he did this to 11 people. ELEVEN!! It’s so fun to see more of his personality come out the older he gets. 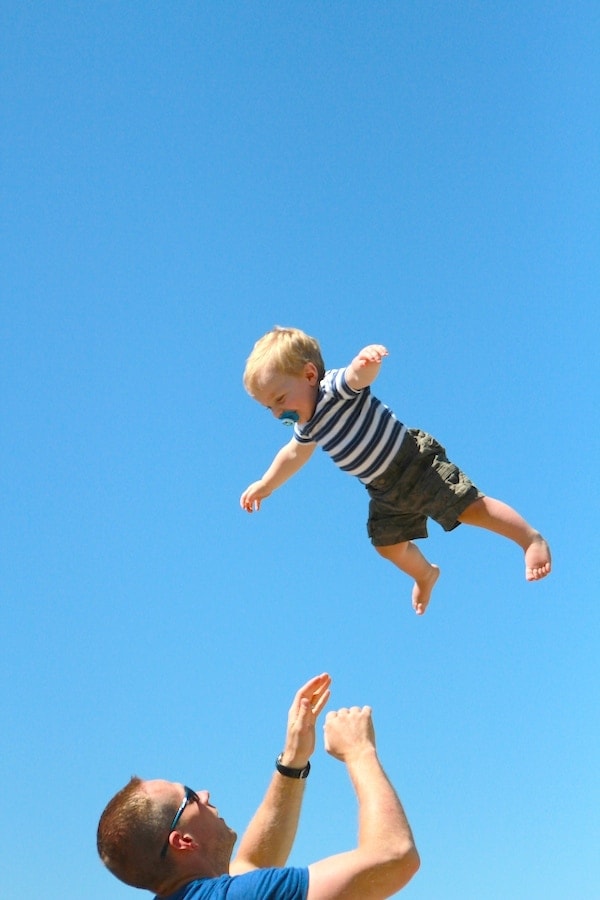 -He’s still pretty sensitive at times and if you tell him “no” then he will most likely cry…a trait his sister still has.

-For most of the last 4 months it’s been a struggle finding foods he is willing to eat. Greek yogurt, toast, cherries, grapes, watermelon, unsweetened applesauce and milk are things he will always eat no matter what. But anything else that is new or looks funny would get thrown onto the ground. Surely there was a way to get him to eat more food I thought…..so I got some toddler forks and let him stab the food and feed himself. Lo and behold, he’s eating like a champ again. I have to come to terms with cleaning my kitchen floor 17 times a week, but whatever. My kid is eating. 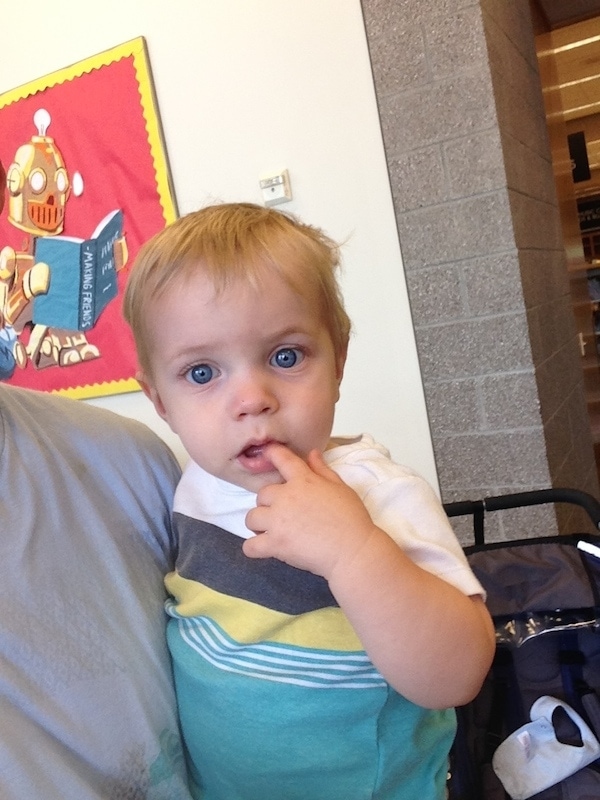 -He is too cute. I can’t stand how adorable he is sometimes. And, I can’t believe that he is a part of our family. I tried for two years to get pregnant with a baby and finally round after round of fertility medicine brought this sweet boy into our lives. How lucky and blessed we are to have him. We love you Blakey!! Never stop being a mama’s boy, ok? 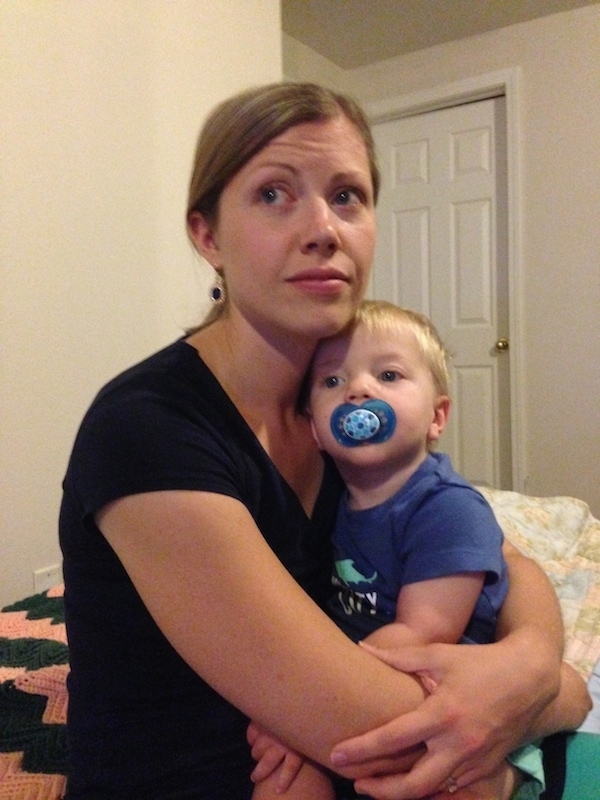