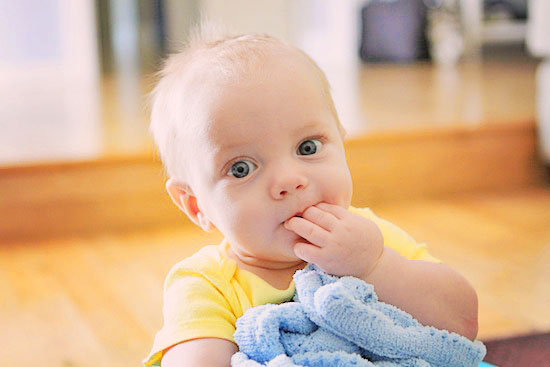 This boy kills me!!!! I cannot believe he is already 6 months. Day by day, things seem to drag on, but looking back it’s like they just flew right by. CRAZY!

The biggest news is probably that he’s started on some solids! Stinky brown poop, here we come! *shudder*

We only started him on some veggies a few weeks ago and rice cereal a few weeks before that. Blake can seriously pack it away! Probably why he’s so…..hefty. 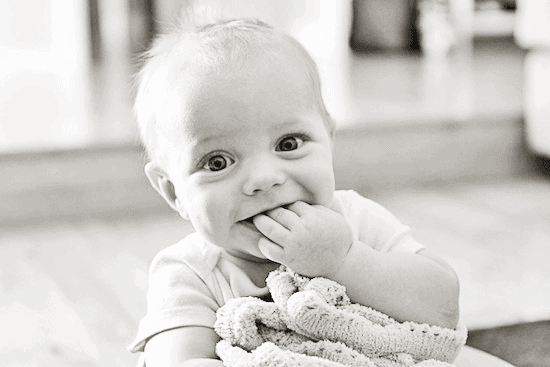 His favorites BY FAR are pureed sweet potato and butternut squash with a tiny sprinkle of cinnamon. He thinks bananas are weird and doesn’t really like them, but will eat them most of the time.

Avocados and more veggies to come!

He has his well baby check next week, so I’ll have to come edit this post and put in his stats. I’m guessing he’s about 18 pounds. He’s long and pretty active, but totally SOLID. He’s in size 3 diapers and 6-9 month clothing. This little boy of mine is turning into such a big baby! It’s crazy!

Speaking of pretty active….I put him down in one spot and 5 minutes later he’s totally somewhere else. Case in point: 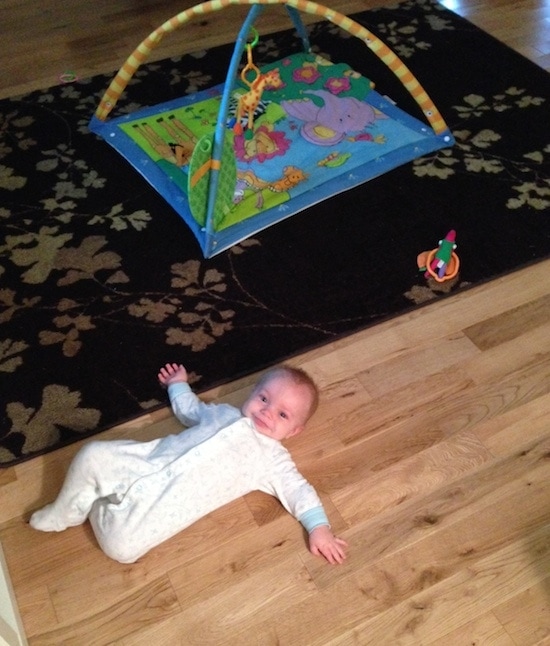 He started on that play mat…..I started a load of laundry….a few minutes later, he’s rolled all the way over here! He also kicks his legs a bunch to scoot on his back around the floor. I’m so glad I have a sunken living room so he has boundaries! Except I’ll probably be cursing them once he starts crawling!! Yikes. 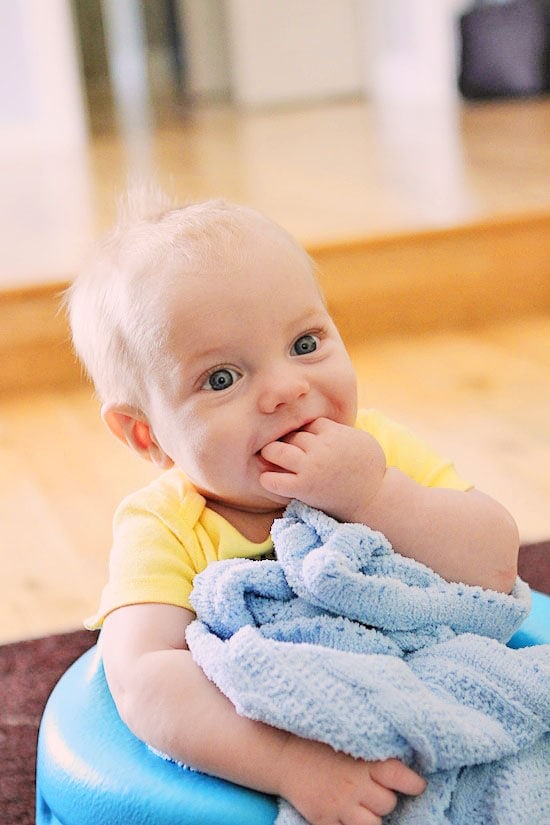 He’s a big fan of his fingers. He loves putting anything and everything into his mouth. I think he has some teeth coming in, but they haven’t reared their big ugly heads yet.

Sleepwise, he’s waking up about twice every night. He’ll sleep from about 8:30-2 or sometimes 3. Then he’ll be up again at 5:30. Sometimes he’ll go right back to sleep with a pacifier but usually I need to feed him. Sometimes I’ll get lucky and he’ll sleep 8:30-5:30 which is AMAZING but that’s only happened twice. *womp womp* I’m hoping his sleep gets better for my sake, but who knows. I’ve thought about letting him cry it out, but my daughter wakes up so easily. I’ve tried putting fans in their rooms too, but it doesn’t seem to help. Ahhh, babies.

Soooo, questions for you lovely people:

What tips and tricks do you/did you use on your kiddo’s to get them to sleep through the night?

And, what pureed foods did your kids love and hate?