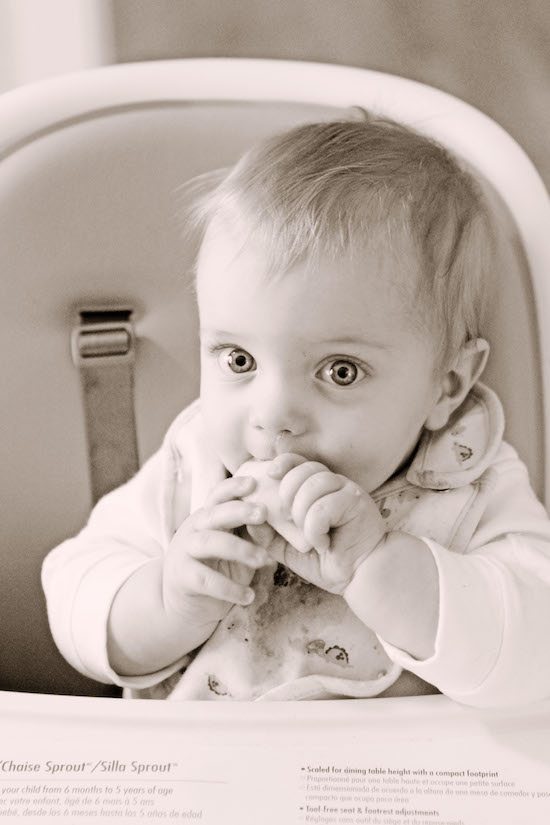 I can’t believe how big my son is getting. Time flies by, but especially when it’s so obvious when your babies are….babies! They double or triple in size in just 1 year! It’s just wild. Here’s the latest and greatest in Blake-land.

-The biggest thing to note is how good Blake has gotten at self-feeding. He LOVES food and always seems to be starving. This boy is his mother’s son…what can I say?! I’ve started giving him small pieces of whole wheat bread, cheese, smashed peas, black beans and some dissolvable puffs {kinda like cereal but for babies}. He will also eat 3-4 4oz. containers of pureed fruits and veggies every day plus some baby cereal PLUS nursing 4 times everyday too. I wouldn’t be surprised if he’s over 20 lbs. Seriously.

-He’s sitting up completely unassisted now. It’s so fun to sit him down and just watch him play!! He also will sit and watch a baby einstein in the morning when I’m getting Brooke ready and breakfast together. It’s lovely. 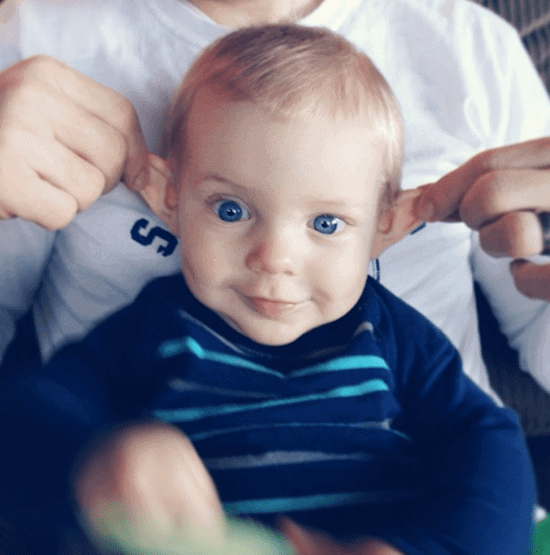 -His babbles are starting to make sense and he knows who ‘dada’ and ‘mama’ are. Usually he will call for mama when he’s sad or in the middle of the night if he wakes up. And he calls for dada when he’s happy or is playing and laughing. Typical.

-Just a few days ago, he woke up from his afternoon nap and was cuddling with me while he was waking up. Then he sat up, looked around and then looked at me and said “dada?” He was looking for his dad and couldn’t find him! It was seriously the sweetest thing ever.

-Sleep this last month has been hit and miss. He had a touch of a cold plus was teething. Womp womp. But, he finally has two bottom teeth to show for it! Yay! 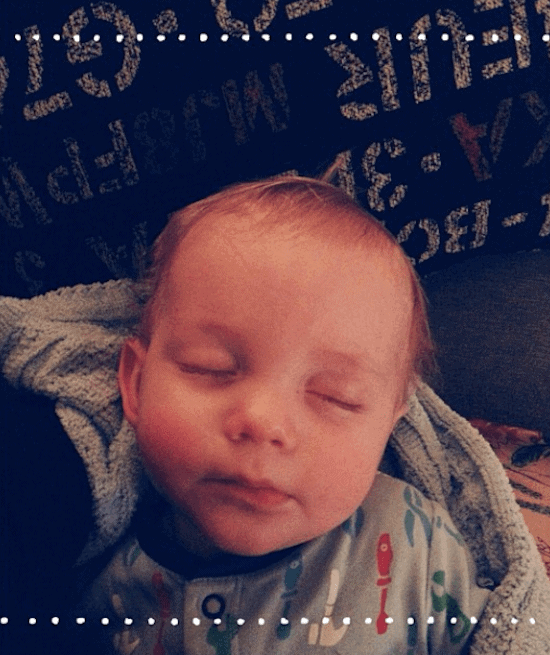 -Peekaboo is a new favorite game. Gordon and Brooke will hide behind a wall and then jump out and say “boo” and Blake will laugh and laugh! Maybe I’ll upload a few videos of that to youtube.

-Blake isn’t really taking an interest in crawling yet. I try to balance him on his knees but he really has no desire to move once I place him up into position.  I’ve even put a toy out of reach for him and he doesn’t even care. He’ll just look at it and then roll over. What a little rascal. Lol!

-He’s down to 2 naps and is doing great and keeping himself on a schedule! Also, we’re at the point where we can just put him down in his crib tired and he’ll go right to bed with hardly any fussing at all. When he’s tired, he WANTS to sleep and he craves his bed. He hates being in our arms and will squirm and whine until we put him down in his crib. I’m so glad he’s gotten the hang of this 🙂 Small blessings….I’ll take ’em! 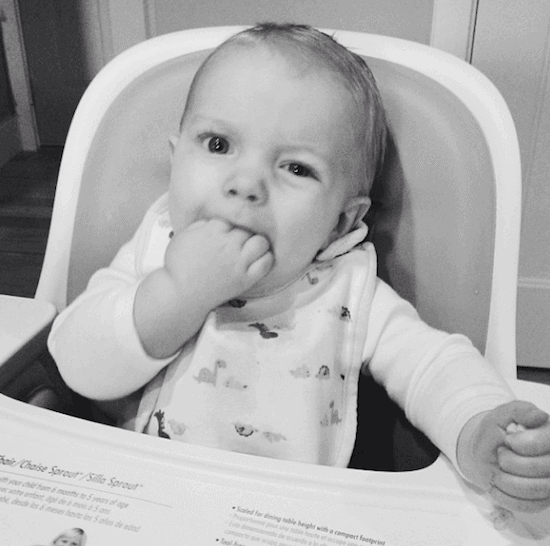 -Early on in the month, I left him and Brooke in my sister’s care while I went to a blogging retreat in Park City. I was pretty worried about leaving him for 2 1/2 days, but he did totally fine! I think it was harder on me than him. But I will say that I was so happy to get home to see him and Brooke. I was surprised that by the second day I was getting antsy to see my kids again. Eeps! I’m a tender-hearted mom deep down. Deep DEEP down. Ha!

-Overall, we have a healthy little guy! Bring on the 9th month! 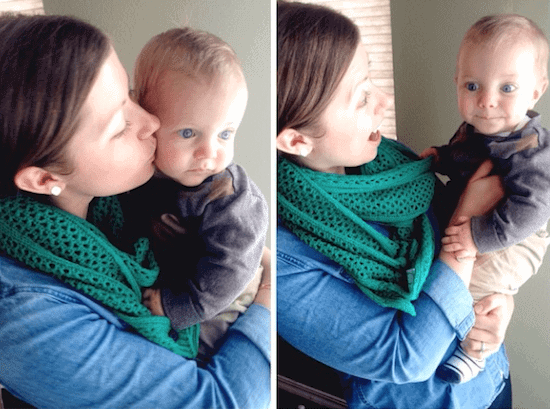