Just a few days ago, my Blakeman turned 9 months old! This happy little baby is turning into quite the little mama’s boy and quite the charmer! Here’s the latest and greatest:

I took him to the doctor yesterday and he’s not gaining a ton of weight. Since his 6 month check-up, he only gained a few ounces and grew an inch. His head is still in the 95th percentile. Lol! The doctor was a little concerned because she seems to think I don’t feed him, but he’s like a bottomless pit. I feed him like there’s no tomorrow. I nurse him and supplement with formula 4-5 times a day. PLUS, I give him rice cereal and at least 4 oz. of pureed fruits and veggies at every meal. Not to mention the small pieces of bread, chicken, cheerios and yogurt he loves too! Seriously. BOTTOMLESS. PIT. My husband was a pretty skinny boy up until age 6 or 7, so I assume Blake will be the same way. Plus he’s so active, I just thought it sort of evened itself out. We’ll see what the scale says next appointment. Womp womp. 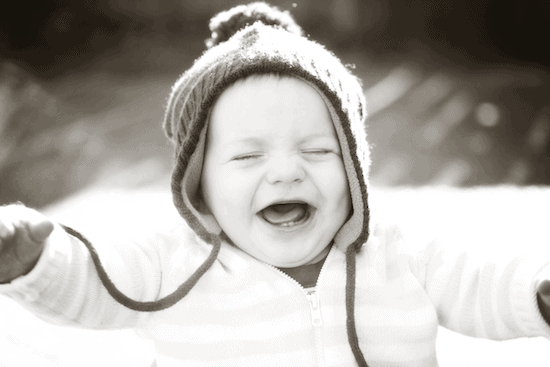 Besides the doctor making me feel like a bad mom, I feel like I’m starting to get this whole 2 kids thing down. We have our routines down pat and we have bedtimes established. Blake will go down between 7-7:30 and be down until 7-7:30 the next morning. 12 hour stretch baby cakes!

He will wake up once, maybe twice a night whining for his pacifier, but if I pop that sucker back in, he goes right back to sleep. What a champ 🙂 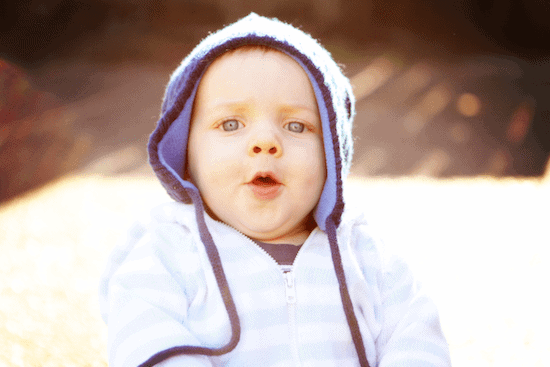 Blake has the army crawl down but won’t move unless you have something he REALLY wants. Sometimes I can lure him down the hall with some pieces of bread but half way through he’s over it and turns around and scoots away. When I put a toy out of reach to make him scoot over to get it, he just looks at it like he’s thinking whether it’s worth the hassle to actually move. It’s pretty hilarious to watch. Brooke crawled at 9 1/2 months, so within the next two weeks or so, we should be hopefully seeing some progress.

He will say “mama” or “dada” and particularly loves his “dada”.

He can clap his hands and thinks peek-a-boo is the ultimate game of hilarity. When we clap our hands to say “yay Blake you’re clapping!” he immediately stops and looks at us seriously. 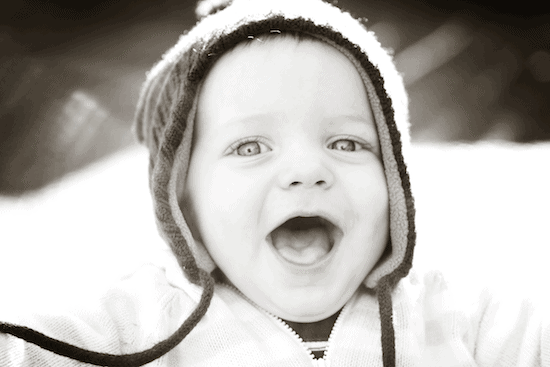 Overall, he’s a very very happy baby. It takes a lot to get him bent out of shape and cranky. He will currently take 1-2 naps every day. His morning nap will be on the shorter side and the afternoon nap is longer. If he only has one nap, he will sleep 2+ hours. It’s glorious and he wakes up in a great mood!

Blake is in size 4 diapers. Even though he didn’t grow a whole lot these last three months, he somehow managed to need larger diapers.

I don’t get it either.

Oh, I almost forgot: He’s supposed to be pulling himself up on all sorts of furniture and “cruising” by now too. I really don’t remember my daughter doing this at 9 months but apparently it’s a milestone he’s missing! Whatever. I’m not worried and I’m sure he will eventually get to this point. Every kid is different and their own kind of normal. 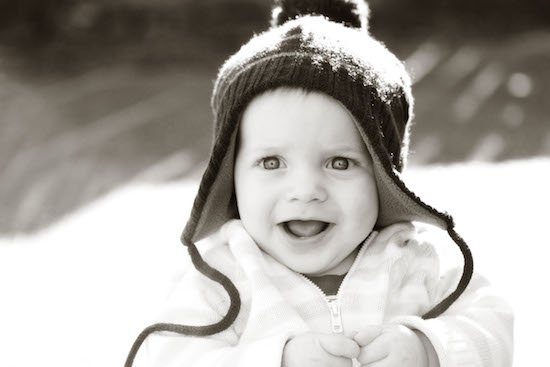 I do know that he loves me like crazy and always wants to be with me, sit with me and cuddle with me. And to be honest, his cuteness is seriously off the charts in my book. So my doctor can take a chill pill.

Were your babies ahead/behind of the doctors’ developmental schedule?

How old were your babies when they crawled?

Were your sons more mischievous than daughters?