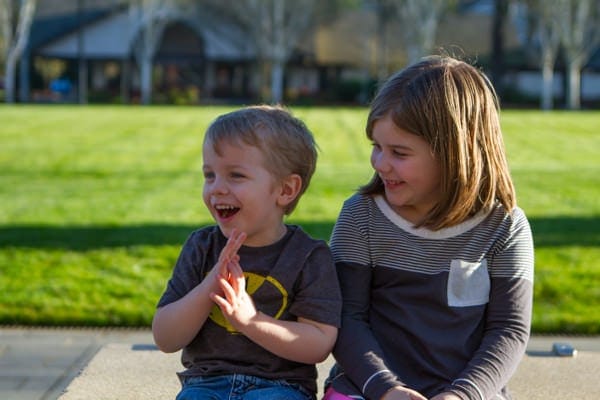 These two older kiddos of mine are quite the characters. Between the silliness they’ve inherited from their Dad and their incredible intellect from me {HA! not.}, we are pleasantly surprised by what they tell us every single day. So here lies the first of probably many Brooke and Blakeisms posts. Our children are the light of our lives and I suspect that this post will be one of the ones I cherish the most.

Enjoy! Have a great day! 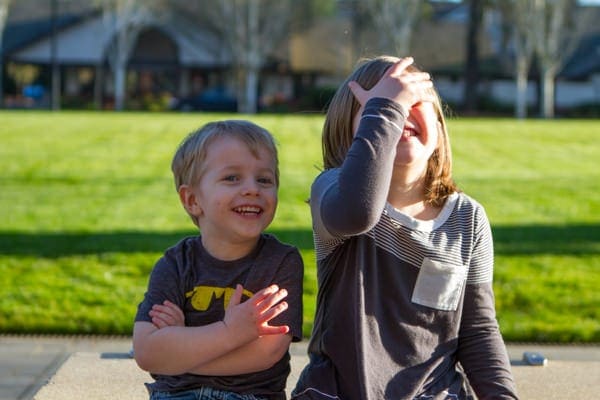 She will forevermore be the child who is unimpressed by everything we do. I think it’s because she’s 7 going on 15. We try to make her laugh and she gives us the “ya right” look.

She LOVES doing her own videos on snapchat. That girl loves to make up a good song with a funny filter. In public, she is painfully shy though.

I want to try to learn how to do her hair better, but she is perfectly content with her hair down with a headband or two pigtails. I show her hair tutorial videos to convince her but it rarely works.

She hates being late for the bus and in every single morning prayer asks “please let me not be late to the bus stop.”

Brooke absolutely HATES when plans change. It doesn’t matter whether its big or little. We could change what we’re having for dinner and she will want to disown us.

Still loves ballet, but is now trying to convince us that she would like basketball too! So, I guess I’m looking for a basketball league for the summer.

After school one day talking to Gordon:

Loves the water and loves playing in the sprinkler, in the pool, in the rain, etc.. She will be shivering in the cold outside and refuse to come in to get warm. 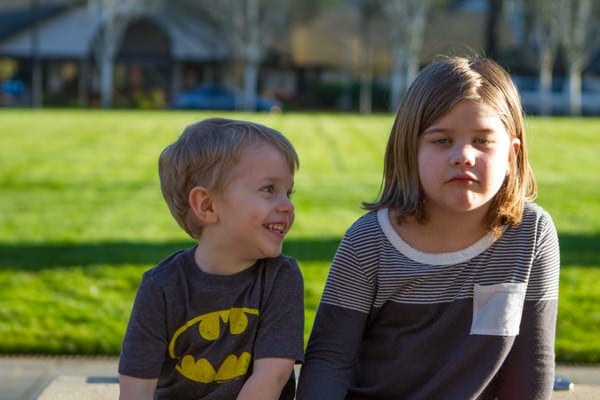 We were playing in the sand in California when a bug landed on his foot. He didn’t know what to do and froze and just looked up at me and started to get big tears in his eyes. I didn’t see the bug so I went over to him and he carefully pointed to the bug without moving a muscle. I just shoed the bug away and he was fine. It was so cute because he didn’t know what to do! Except I’m afraid he’s inherited my fear of creepy crawly things.

Blake has a pair of blue Crocs that he doesn’t consider to be shoes. We say “go get your shoes on!” and he responds with “they’re not shoes. They’re Crocs!”

Usually he always has a toy or stuffed animal with him. When we ask him to pick something up or take something to his room, he has to figure out how to hold his toy AND everything else we’re asking of him. He MUST carry it all together.

He CANNOT for the life of him find anything he’s looking for, even when it’s right in front of his face. Also another trait from his mother.

We have to be careful what we promise this little guy or else it will come back to bite us. For instance, when I was pregnant with Eddie, Blake wanted to push me over and give me a hug at bedtime after his prayer {it’s a game he learned from his Dad}. I told him that I couldn’t do that because of the baby in my belly. Well last week, I tried to get out of it because I was tired and he said “but their’s no baby in your belly anymore!” OK FINE. Come knock me over.

When we were driving home from church and Gordon was talking about eating a whole pan of brownies, Blake piped up in the back of the van with “that’s not appropriate.”

When he wants to get us to laugh, he’ll say “that’s impressive.” after any sentence.

When Gordon look frustrated or having a bad day, he’ll say “Smile Daddy! I like it when you smile.”

When he’s typically about to do something that I’m positive will injure him I get a “watch, Mom! SO FUNNY!”

Our babysitter’s name is Sierra but Blake calls her “Sierria”.