Get all the tips and tricks for traveling to Disneyland Paris! Such a fun Disney vacation for the whole family, regardless the time of year! 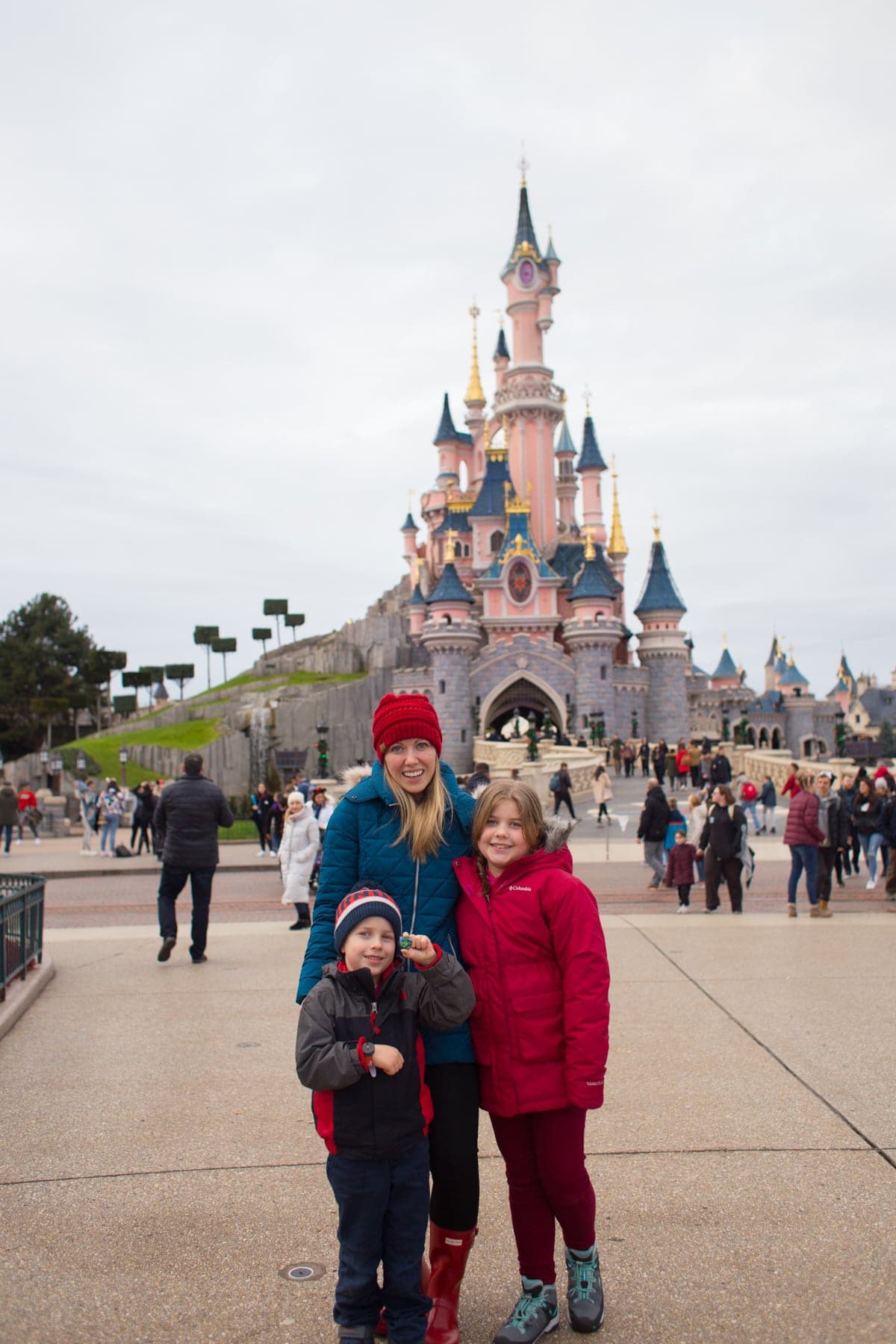 Today I’m sharing a lot of my photos and tips for traveling to Disneyland Paris. Man oh man did we have fun! Flying into Paris and already having been to Disney World, Disneyland and a Disney Cruise in the past year I wasn’t sure what to expect. I read as much as I could about it, but honestly there wasn’t much to find. Nothing about the food or the attractions. Besides the Disneyland Paris website, there wasn’t a whole lot of research to do. So me and Rachael (a fellow food and travel blogger) went in blind, not exactly sure what to expect.

But upon arrival, we both realized Walt Disney World Studios and Disneyland Paris were smaller than the parks in the states, WAY less busy and not terribly food or merchandise focused. I’m not sure if it was the cold weather keeping people away or Europeans not loving Disney as much as Americans, but regardless the lack of people was wonderful! Both parks were easy and pleasant to navigate, wait times were about 20 minutes at the most and the hours weren’t too early or too late either. It was one of the best experience we’ve had with Disney. The Disney hotels were cheaper, ticket prices were cheaper and the treats at the park were about the same. I’ll talk more about specifics below, but take a peek at our visit! We were there two days and accomplished so much! 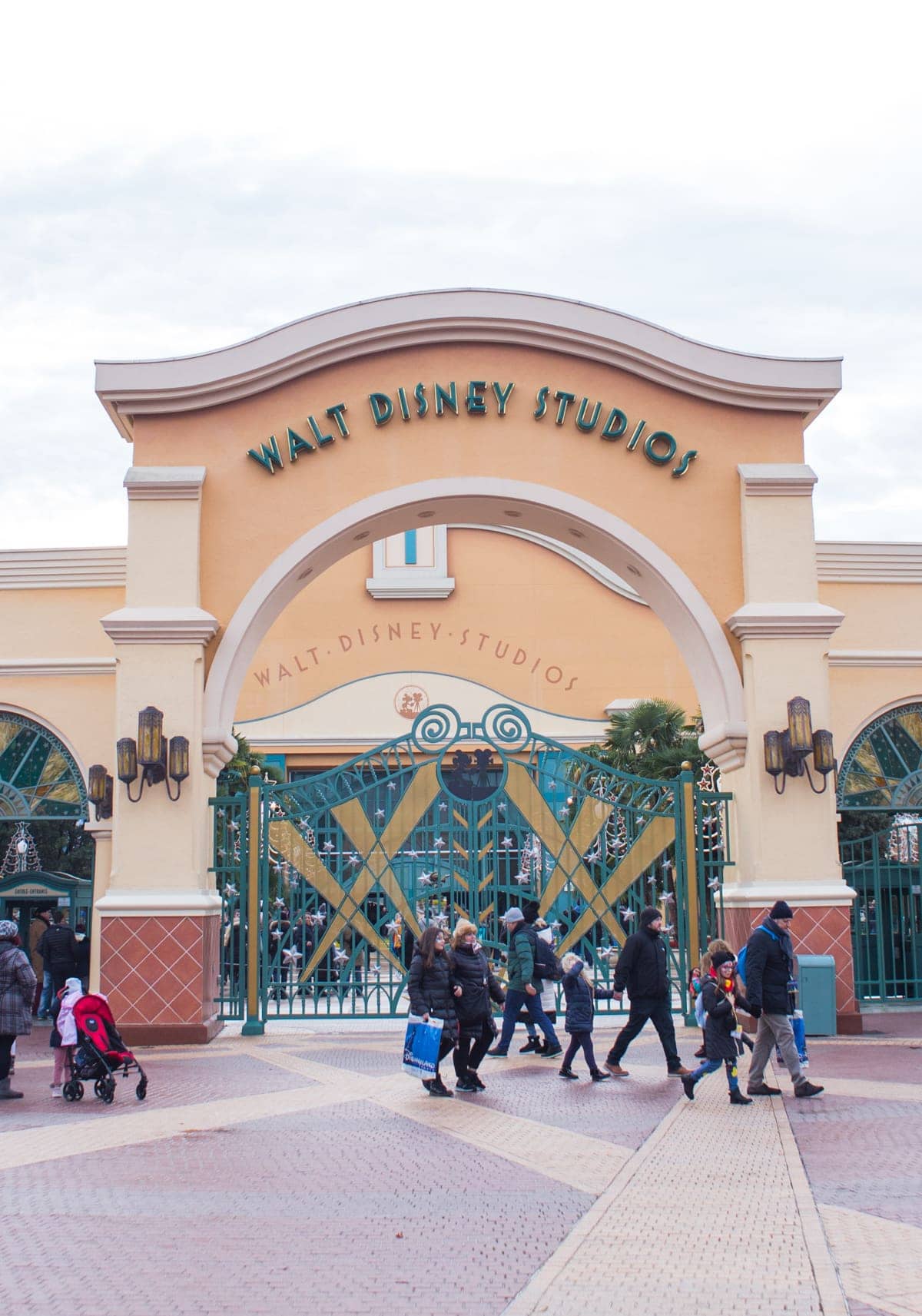 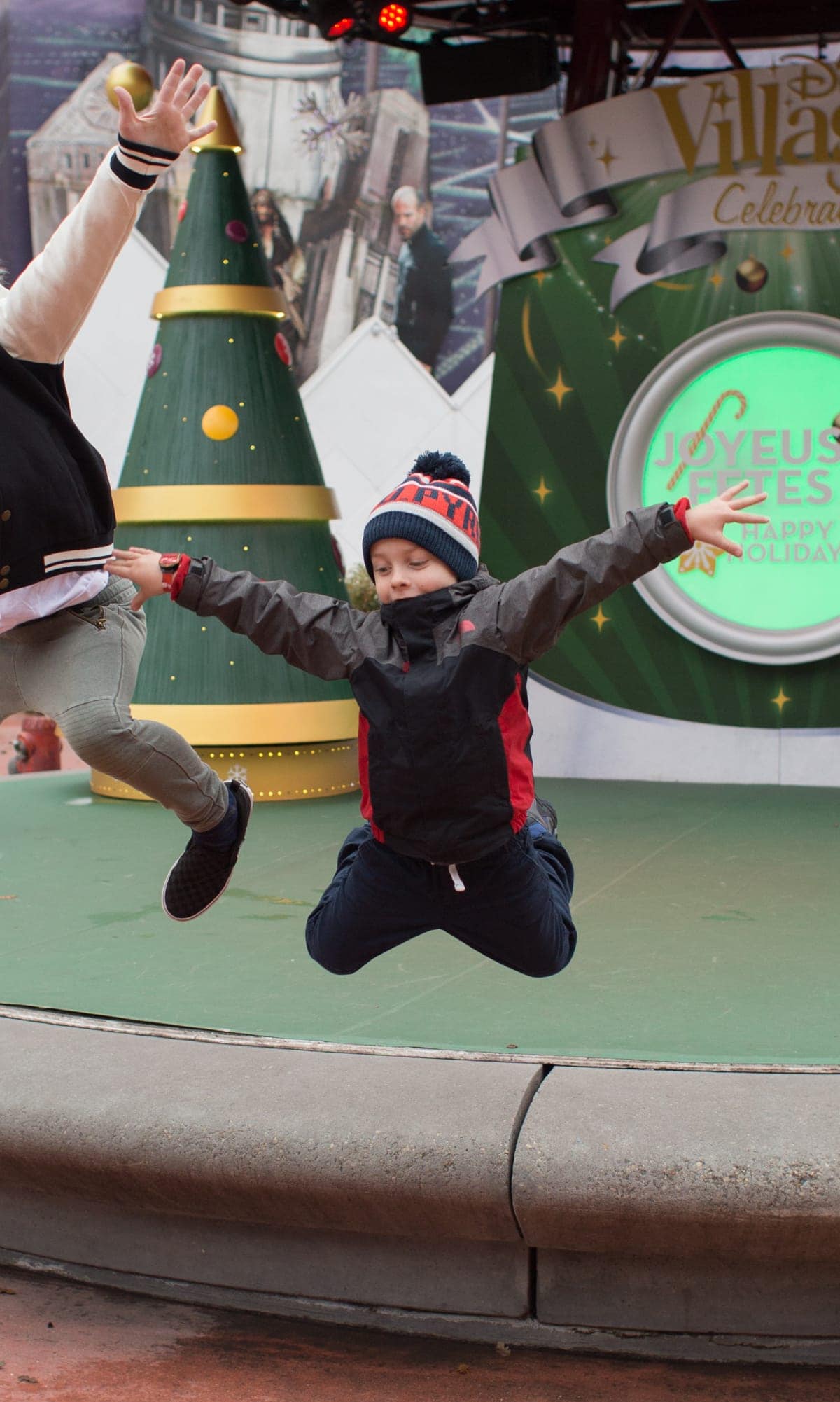 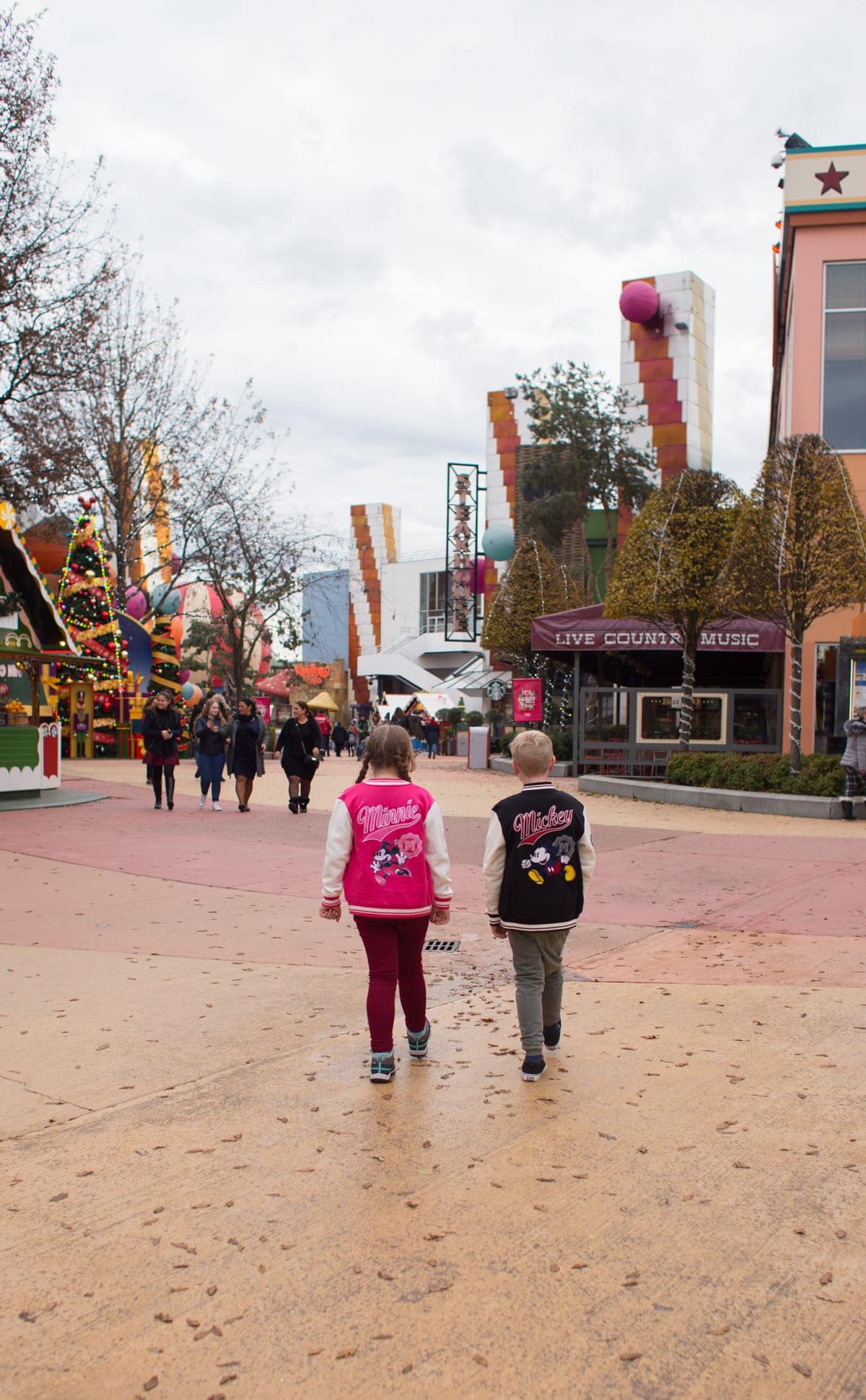 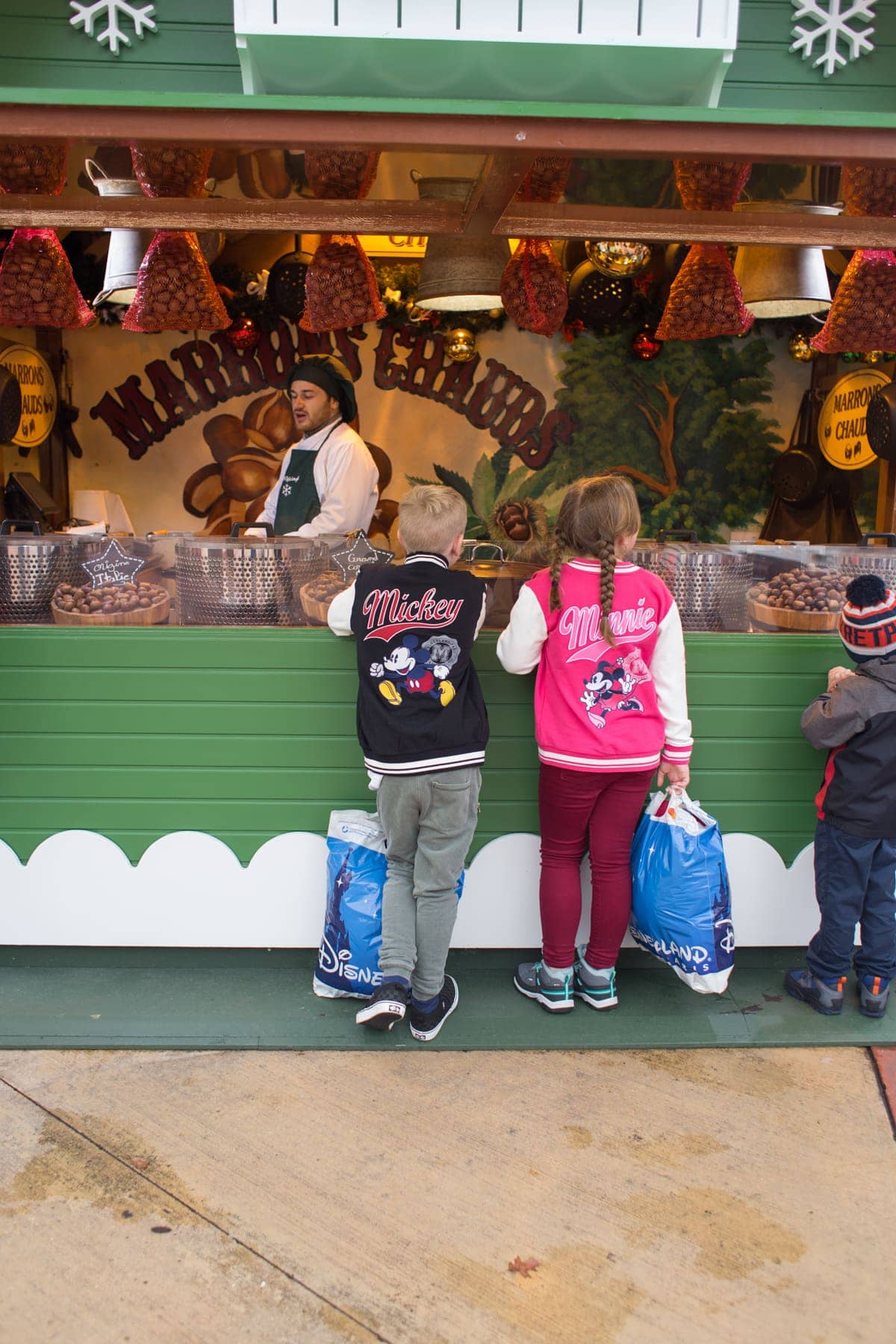 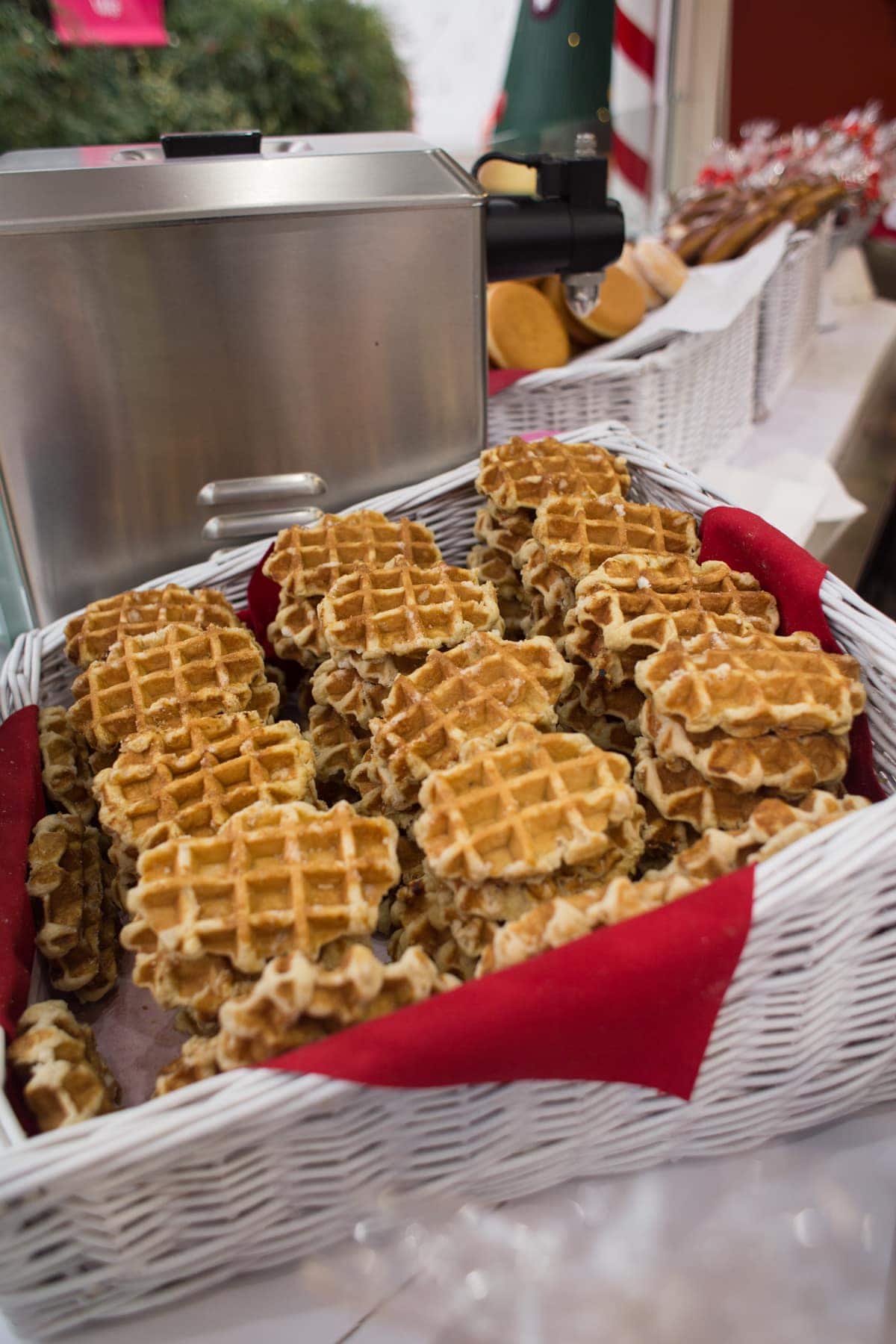 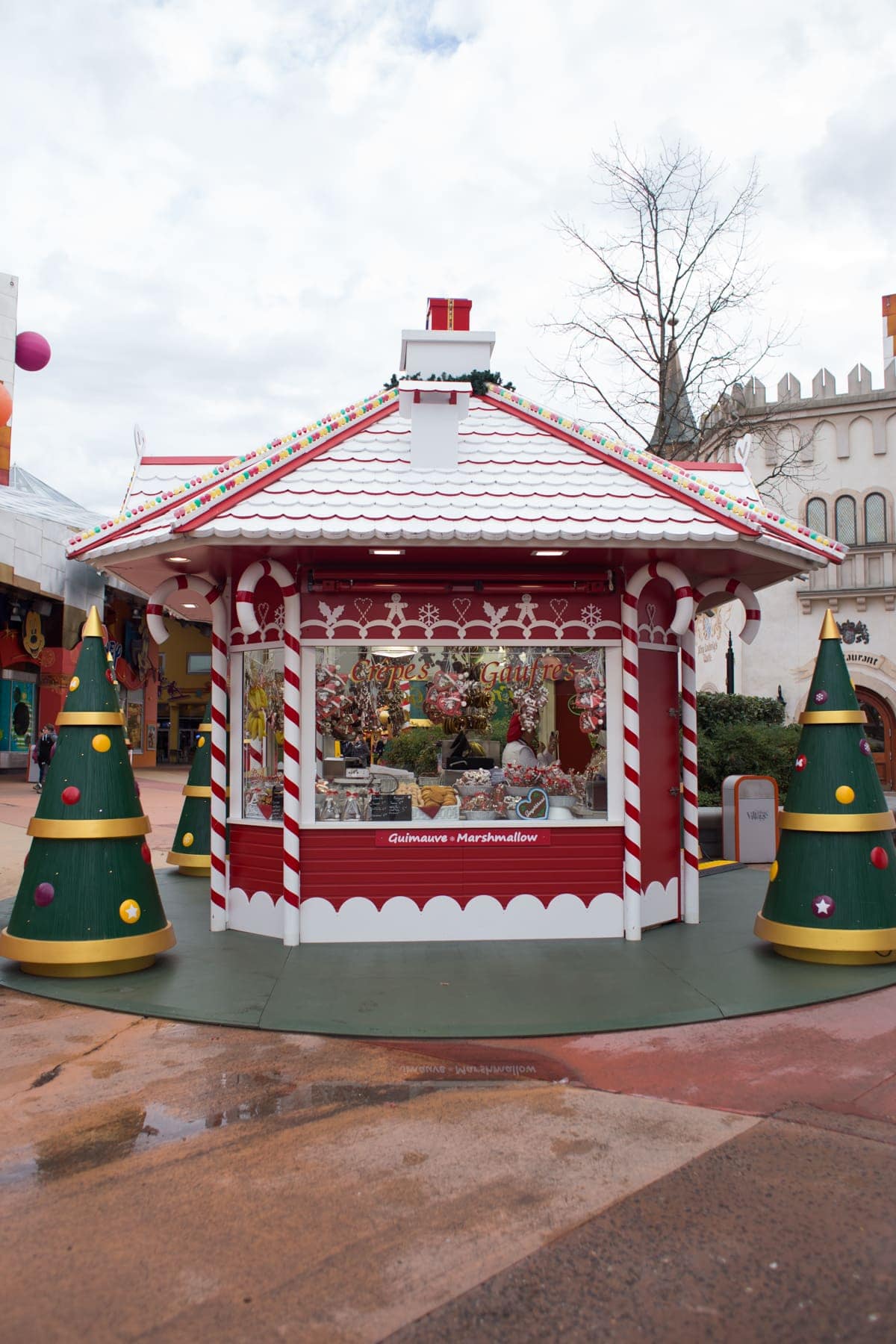 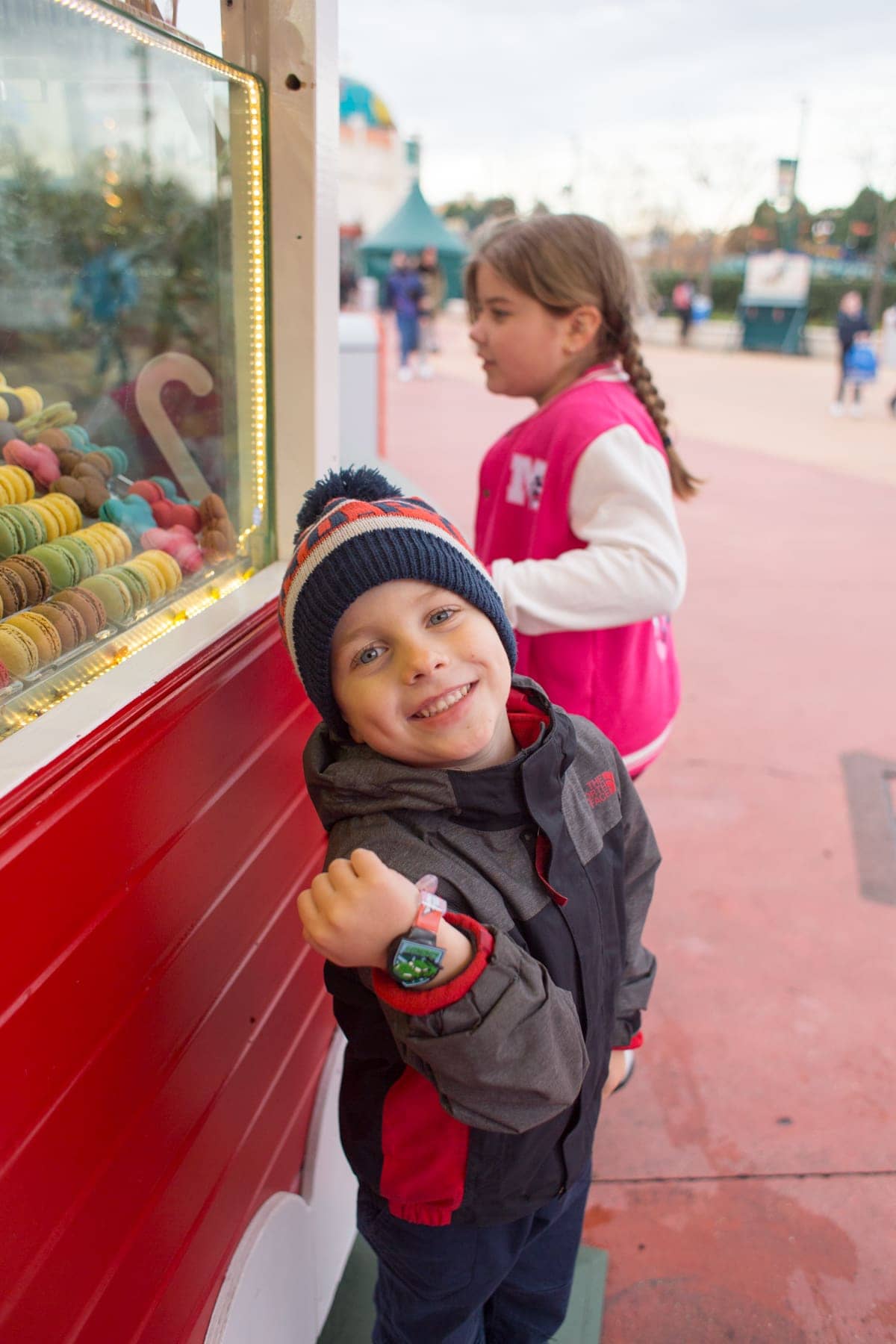 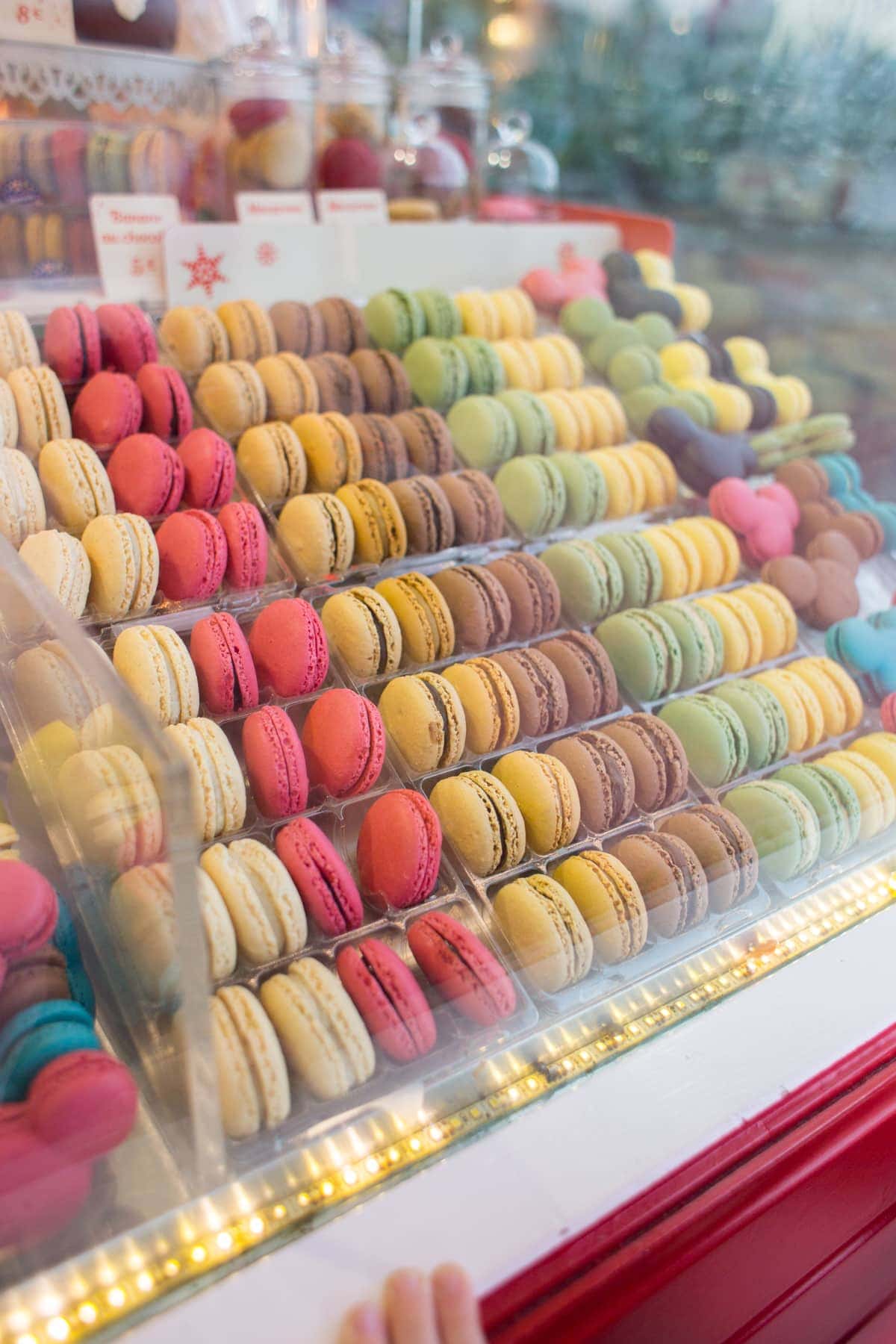 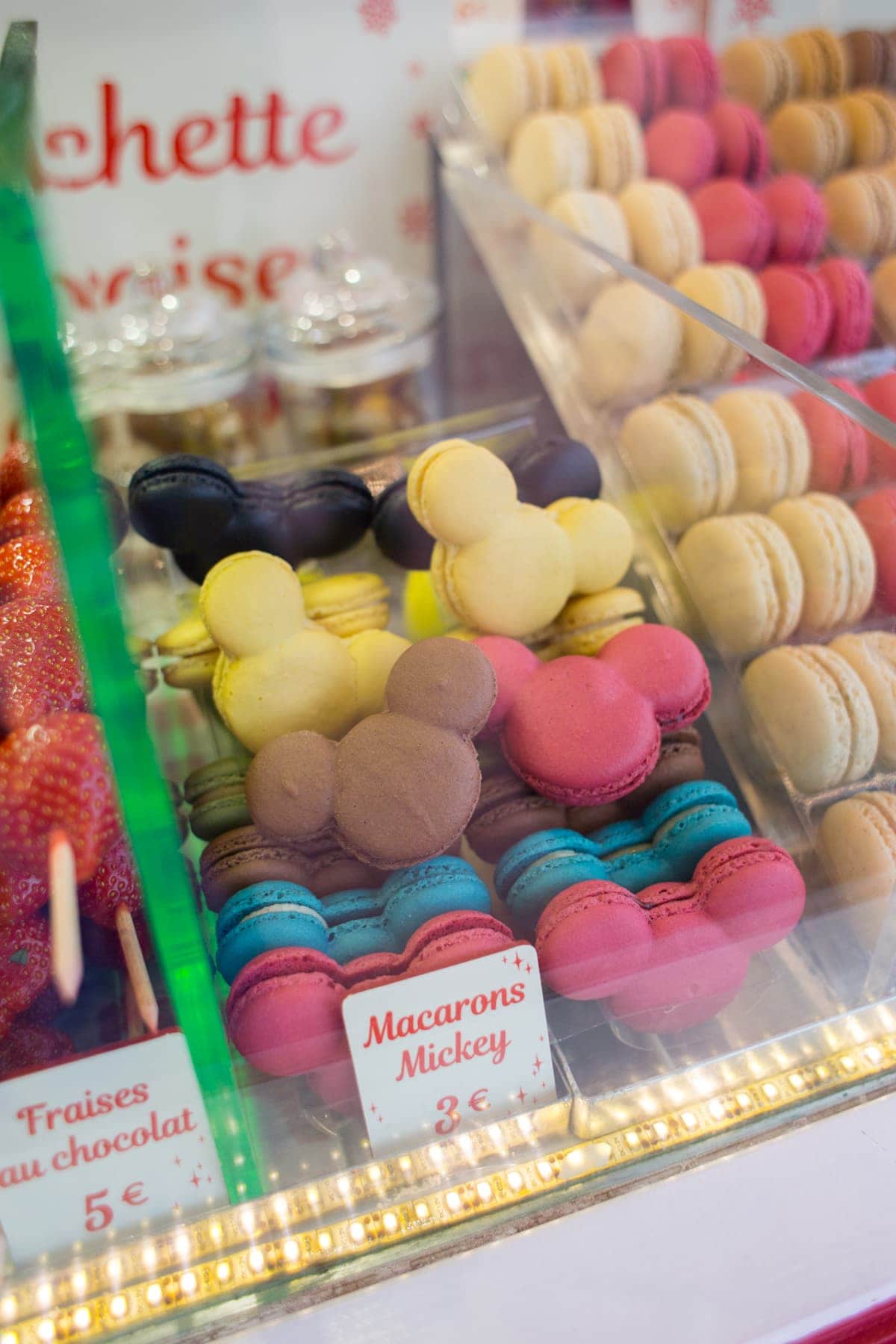 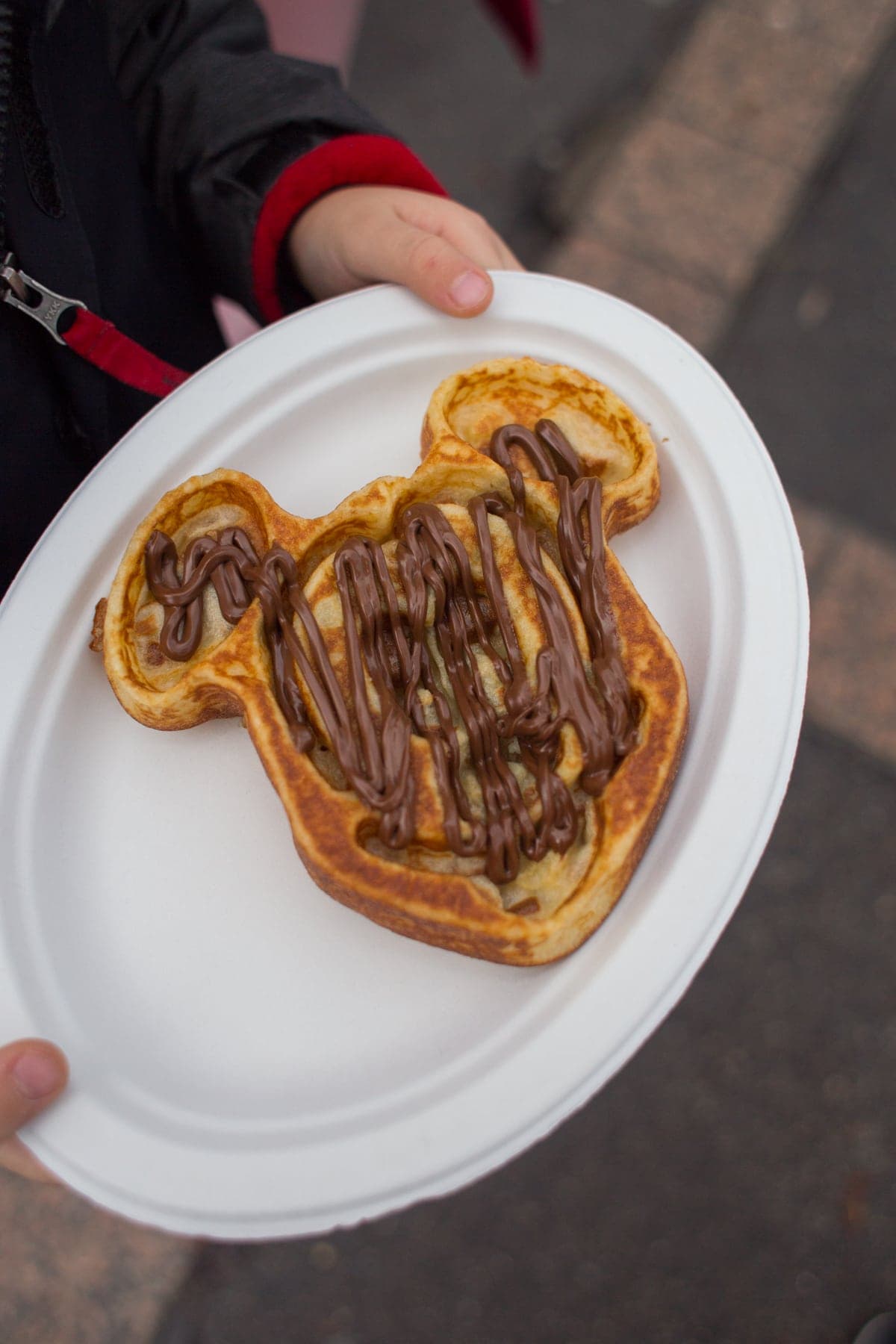 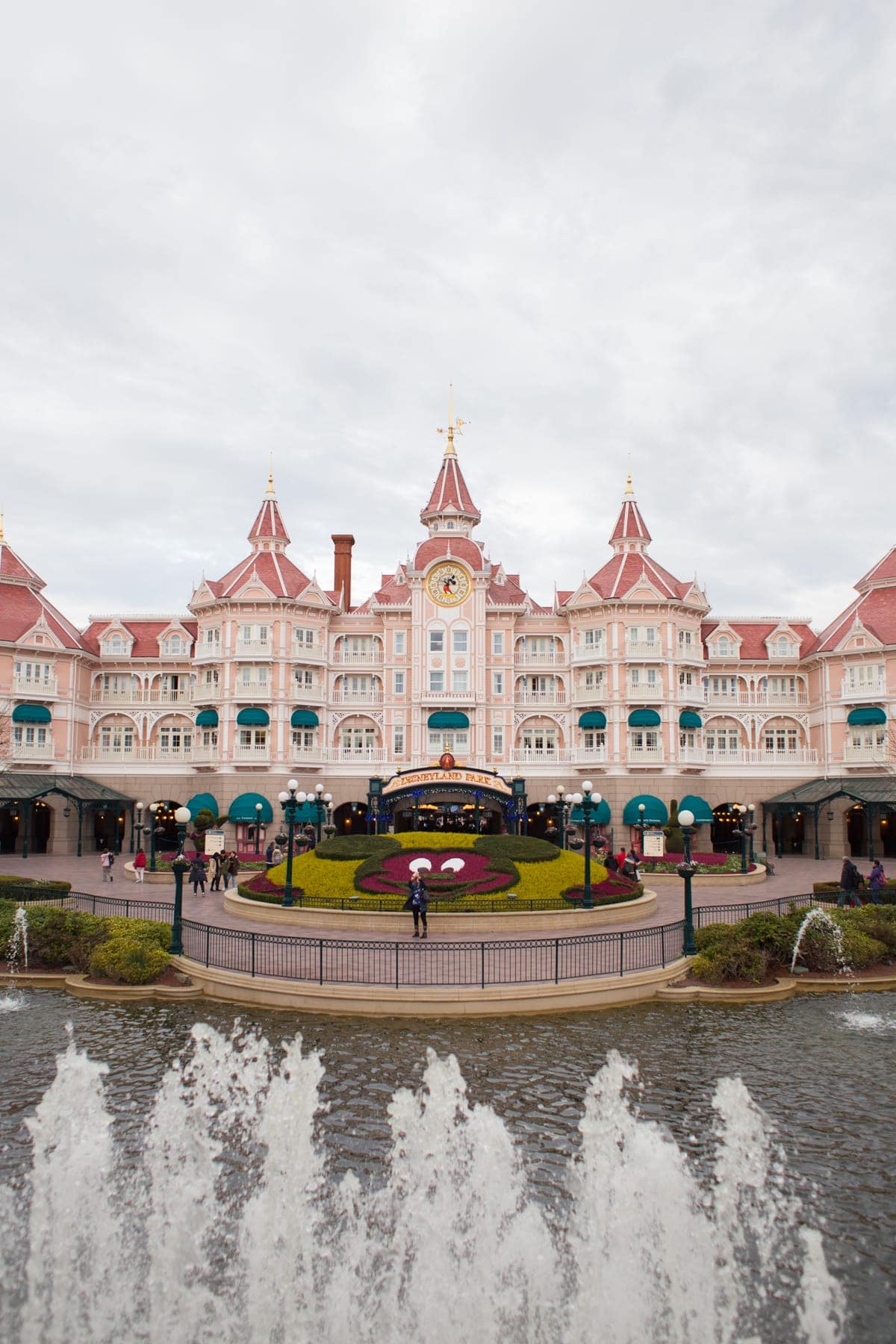 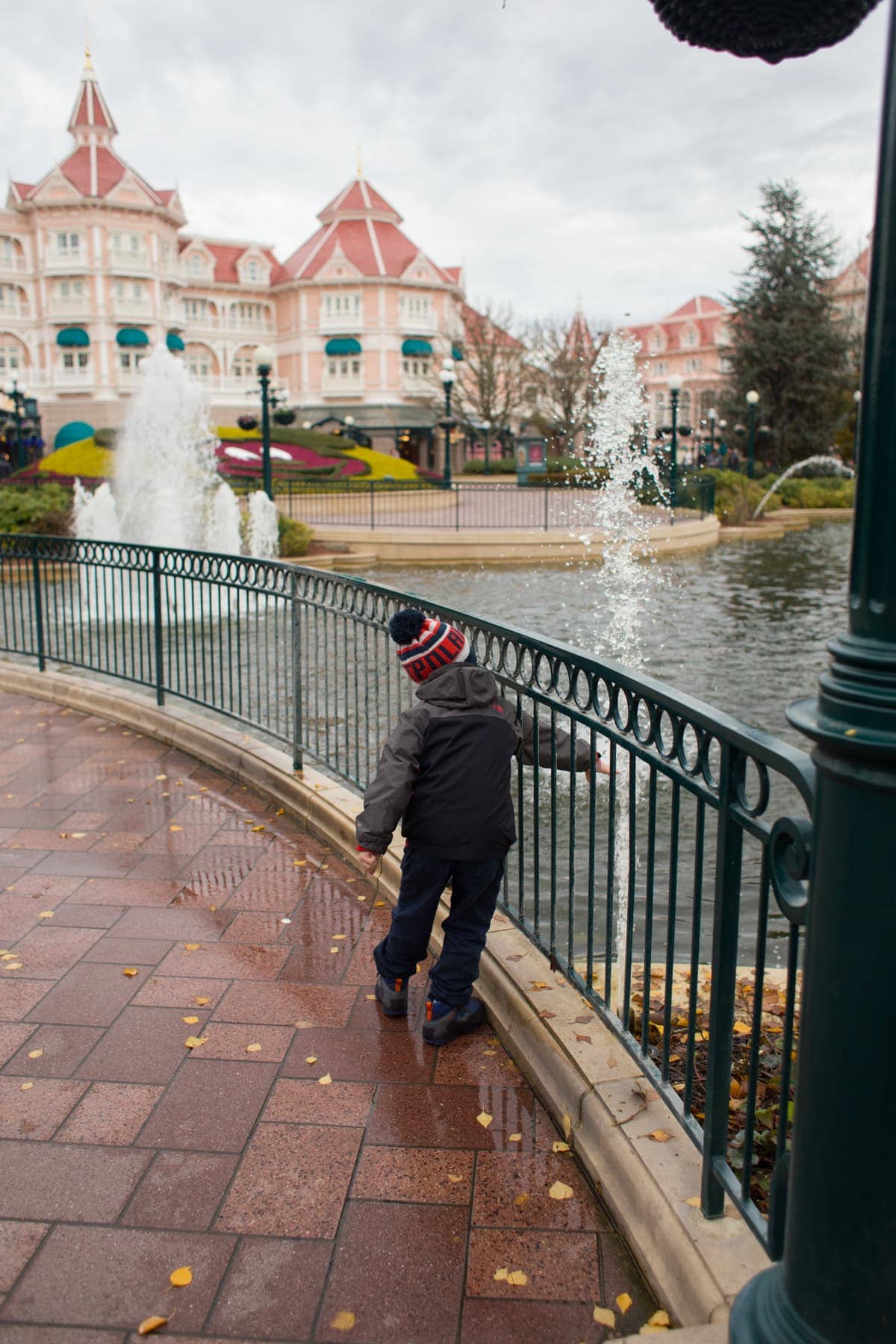 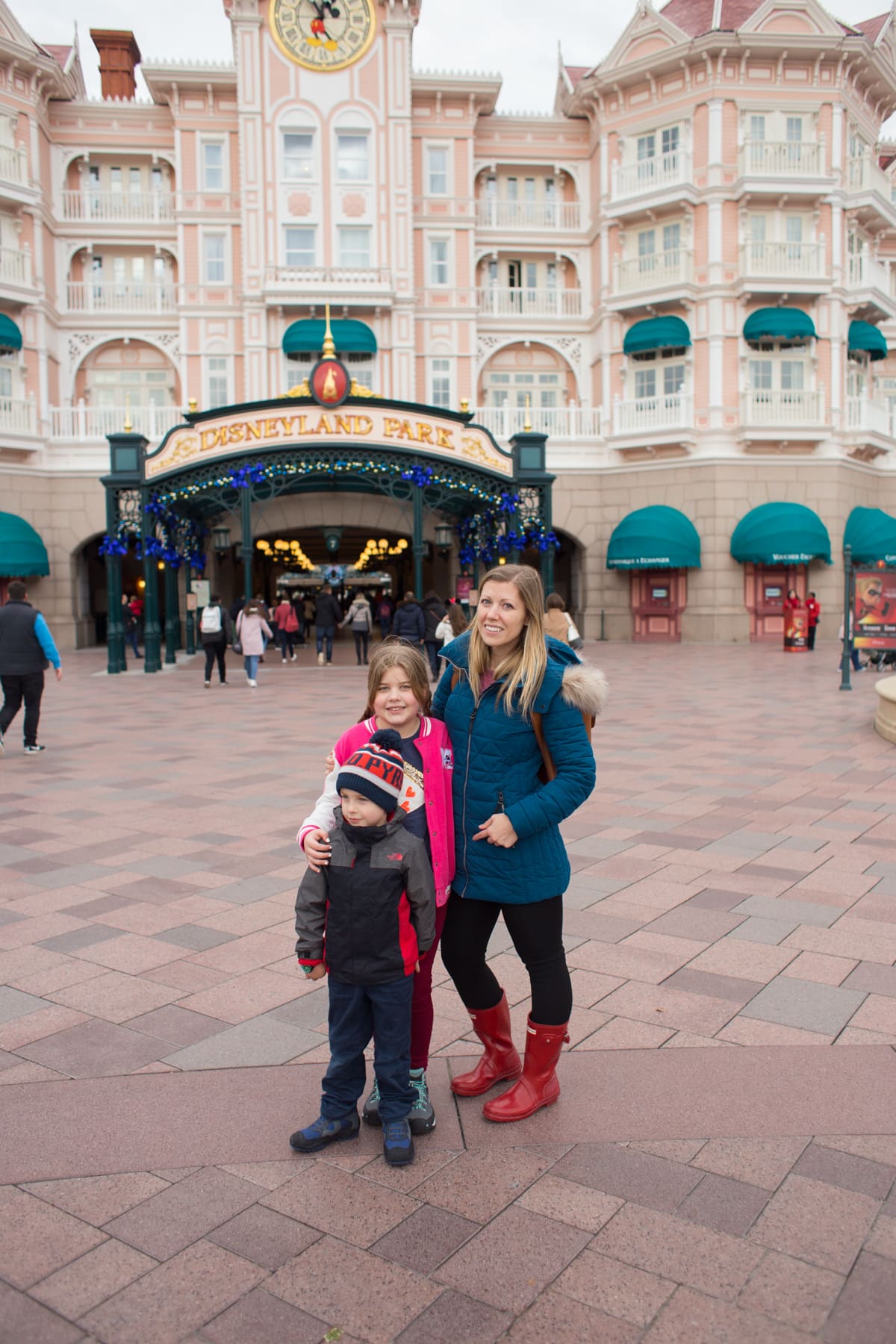 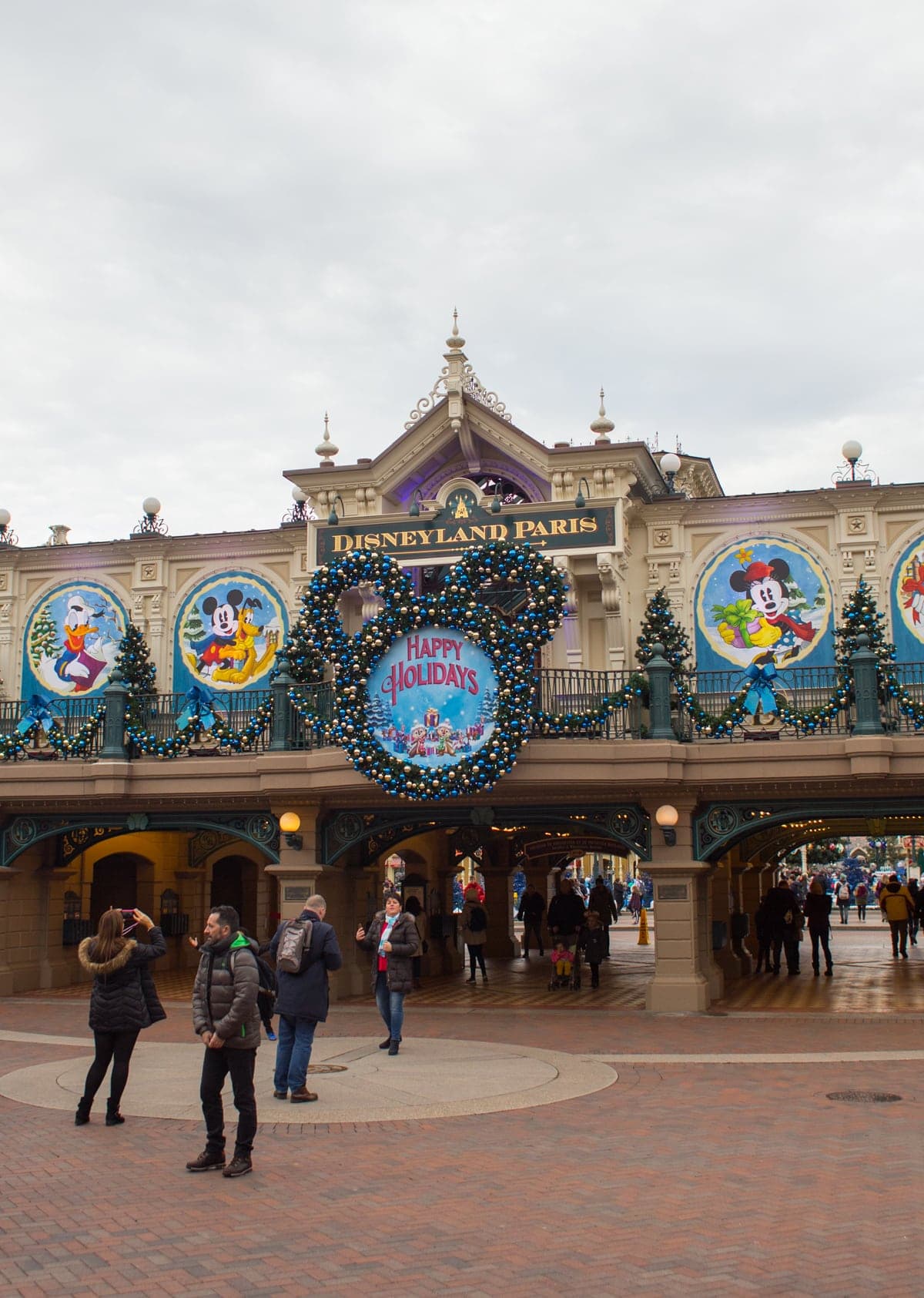 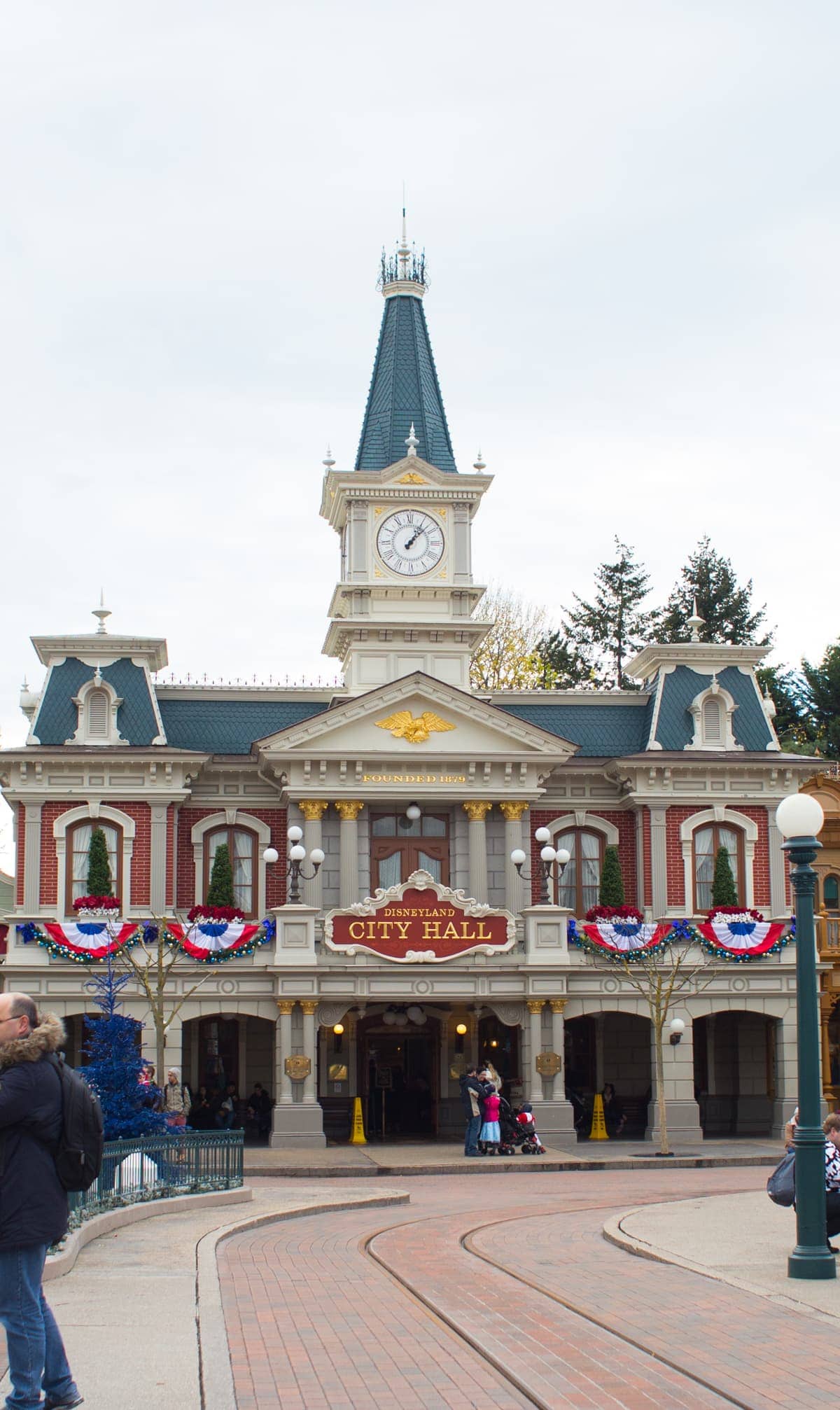 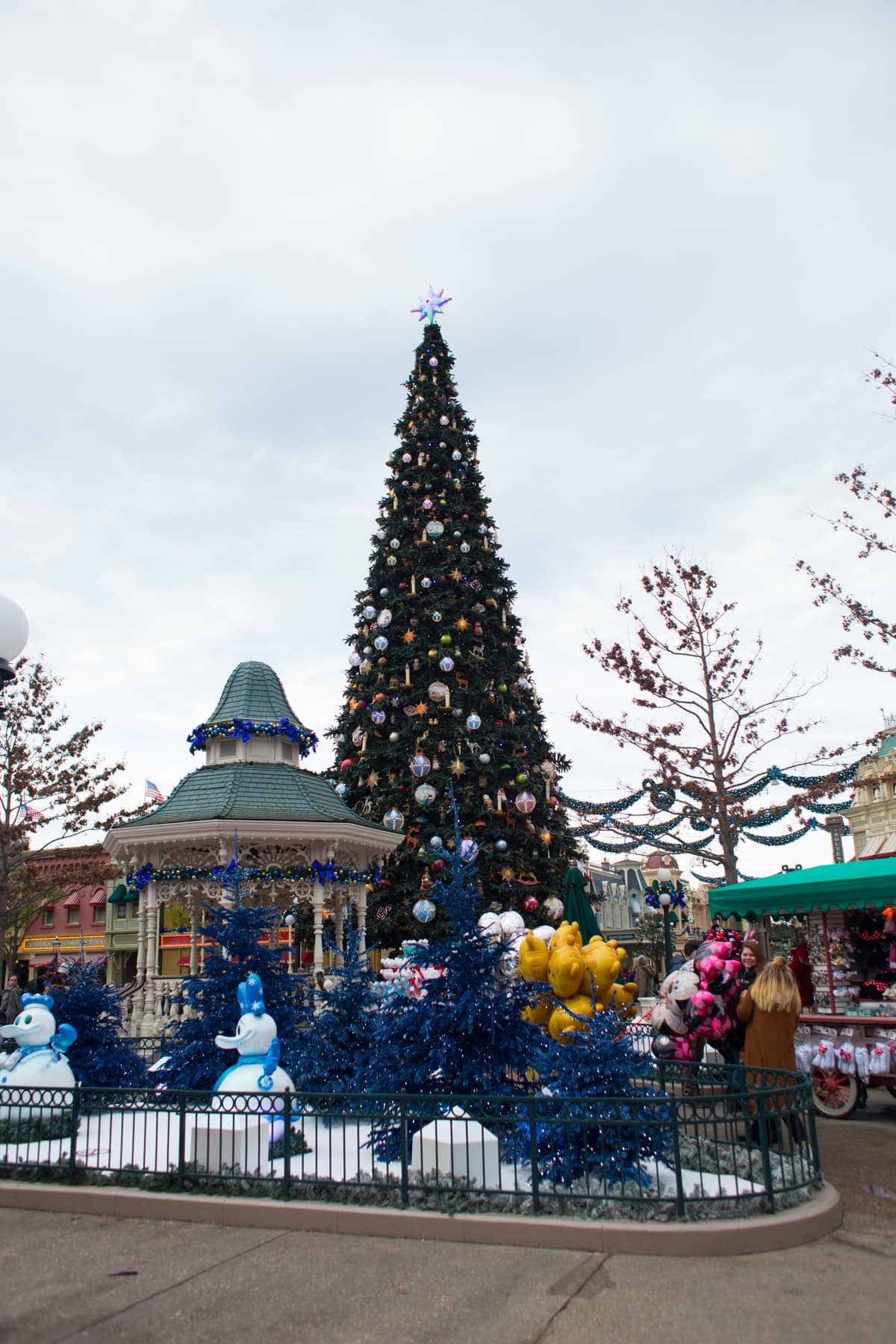 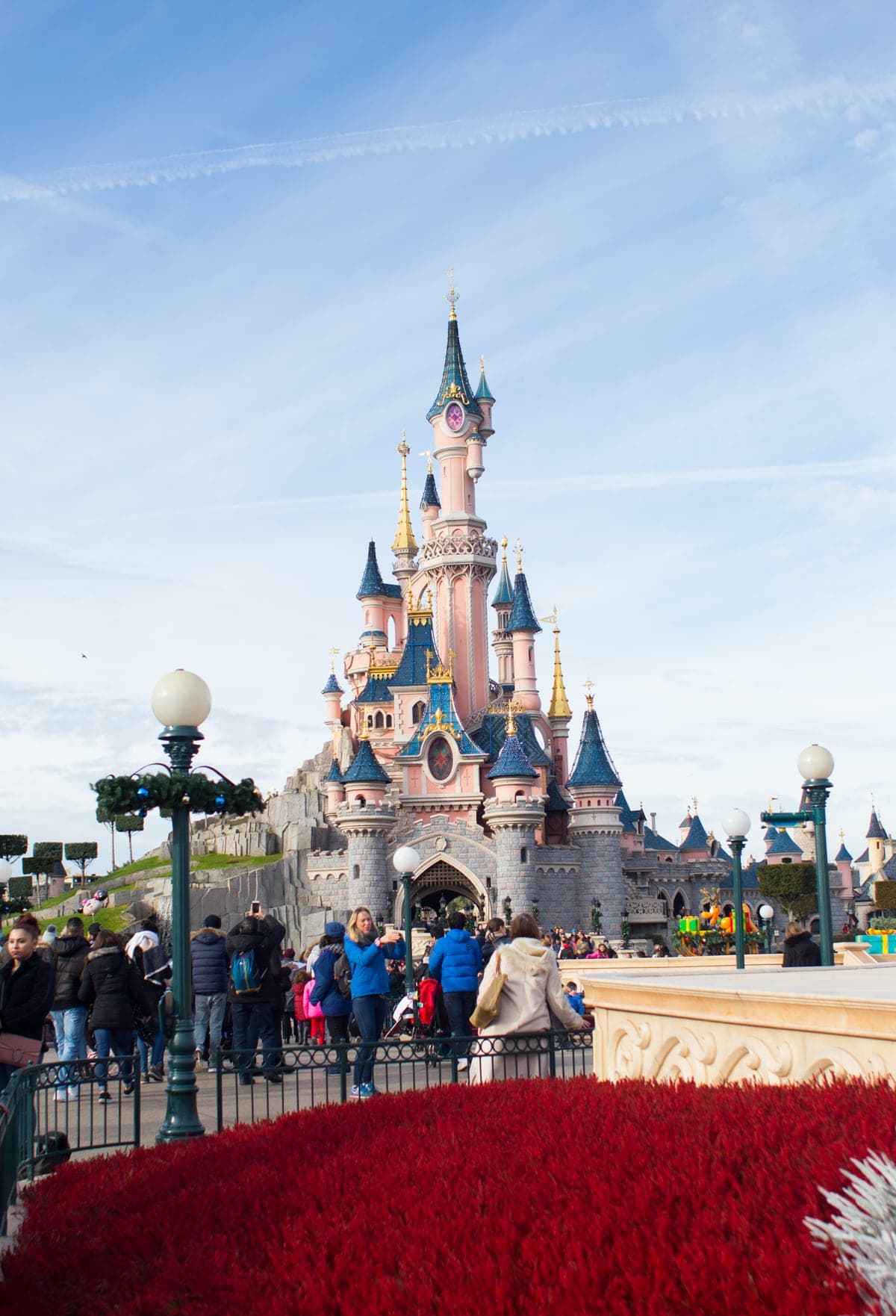 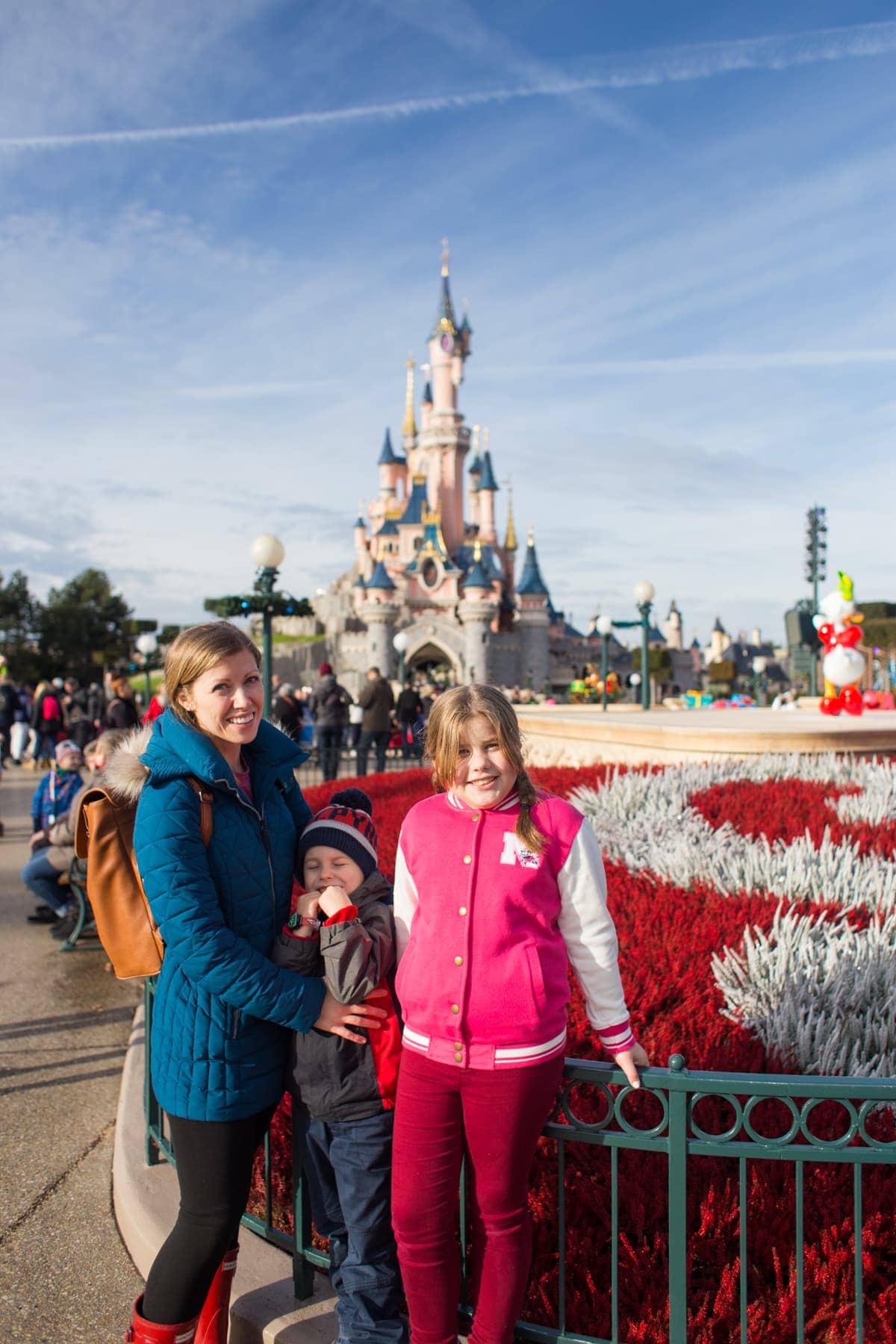 Where to stay at Disneyland Paris

We booked a room at Disney’s Hotel Santa Fe. I found a steal of a deal on Travelocity (or maybe Expedia?) for 120 euro per night. On the Disney website, I couldn’t figure out a way to book hotel and tickets separately (read: cheaper) so I booked the hotel through a third party site and got our tickets directly through Disney. The hotel was worried I didn’t have tickets upon check-in, but I flashed my printed tickets at them and they were fine.

Our room was on the smaller and simpler side, but nothing that my New York City kids weren’t already used to. Plus, we just needed beds for our heads and a shower.

Hotel Santa Fe also offered breakfast buffets for some crazy amount I wasn’t willing to spend, so we got smaller breakfasts at the Starbucks in the hotel. Yogurt parfaits and croissants. Turned out being much cheaper. (I know through a third party site you can add breakfast on for a cheaper amount…I just didn’t want to. Ha!)

Like I mentioned above, both parks at Disneyland Paris weren’t very busy at all. Off our redeye flight we took the Magic Shuttle directly to our hotel. After we checked in, dropped our bags, freshened up and added a few layers, we headed out to the park around 3pm. So if you’re keeping score, it took us 4 hours to get through customs, walk over to the Magic Shuttle location, wait for the bus to leave, drive to our hotel, check in and walk over to the park.

Walking in not knowing what to expect, we were happy to find the majority of the rides with 0-15 minute wait times. It was awesome! A little strange to ride rides in the cold, but so fun!

Over the course of the two days we were there, we rode the following with zero fast passes:

We also saw the fireworks show at Disneyland Paris our first evening and a Christmas Parade the second day, mid-afternoon.

My favorite rides were Crush’s Coaster (sit backwards if you can…so much fun!) and Ratatouille (Blake’s favorite). We convinced Brooke to ride Rock’n’Roller Coaster and she ended up loving it.

Be aware that when you get into the park during those magic hours, a lot of the rides don’t open until the park opens for the general public at 10am, so check the Disneyland Paris App to check ride times. Crush’s Coaster opens early though 🙂

Also, if you have printed tickets, you have to switch those out for real tickets, so head to a cashier window.

Not sure if the cold weather affected the lack of food options or if there just aren’t very many food options, but the best stuff we found were all not IN the park but at Disney Village, just outside the park. How’s that for strange? Here is what we had.

After the fact, we realized there was a McDonalds further down in Disney Village had we walked a little further. That would have been a better choice for our kids, looking back. Also, there is a “Pineapple Whip” (similar to Dole Whip) available in the summer, but wasn’t available for us because it was winter. Too bad! And, kinda bummed the pretzels available weren’t mickey-shaped. Haha!

We also looked into a sit-down, table service restaurant inside Disneyland, but none of them had great ratings on TripAdvisor or Google, so we felt like it just wasn’t worth the money.

After the fact, are there things we would have changed about this trip? Probably not. We love Disney! But you have to expect it’s a whole different experience than you’d get in the states mainly because it’s not all about the food. Overall though it was worth the money and so so fun for me and my kids to experience. Not to mention much cheaper than our last trip to Disneyland in California. Ha! How’s that bro backwards?

Anyways, have you ever been to Disneyland Paris? Tell me what you thought 🙂

Have a great day, friends! xo