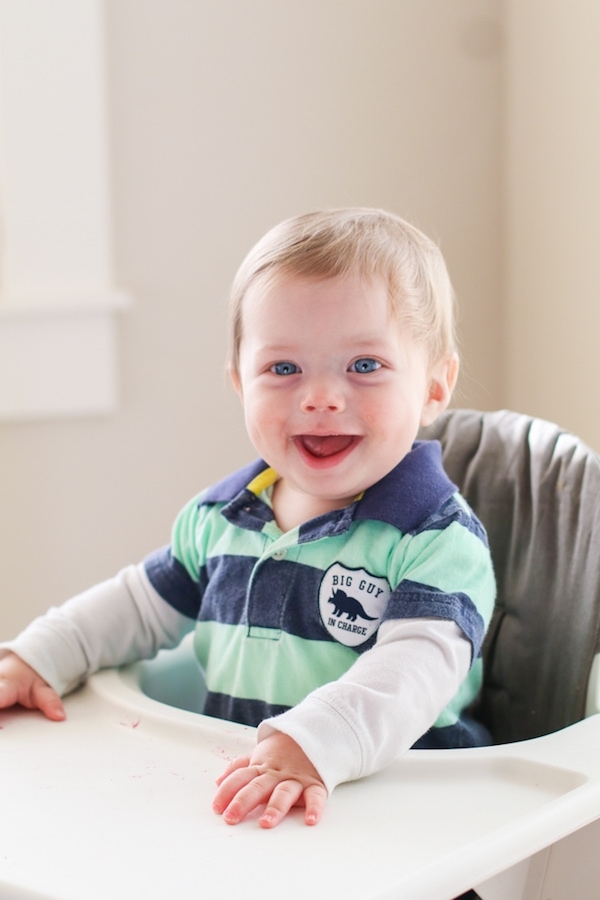 This little nugget turned 10 months a few weeks ago {I’m a *leetle slow on this update…oops!} so here lies the latest and greatest.

This little guy continues to keep us on our toes. Sometimes he likes certain foods, other times he does not. Recently, we were doing so well with plumping him up and then BAM. He got the stomach flu. He lost a good part of his chub {it goes so fast!!} but thankfully the worst of it is over and he is back to eating again. He won’t eat as much as he used to and he doesn’t really want to have a bottle either. I’m probably going to take him to the doctor this week if his appetite doesn’t pick up again. *sigh*

I’m trying to broaden his palate a little but he doesn’t like the things my other two kids used to like. Pasta? Nope. Bread? Depends on the mood. Yogurt? Puh-lease. Lately, we are sticking with his favorite fruit/grain/veggie blends to see what his tummy will tolerate. He still LOVES mashed banana mixed with a little oatmeal or whole grain cereal with a touch of cinnamon. And black beans with a hint of cumin. 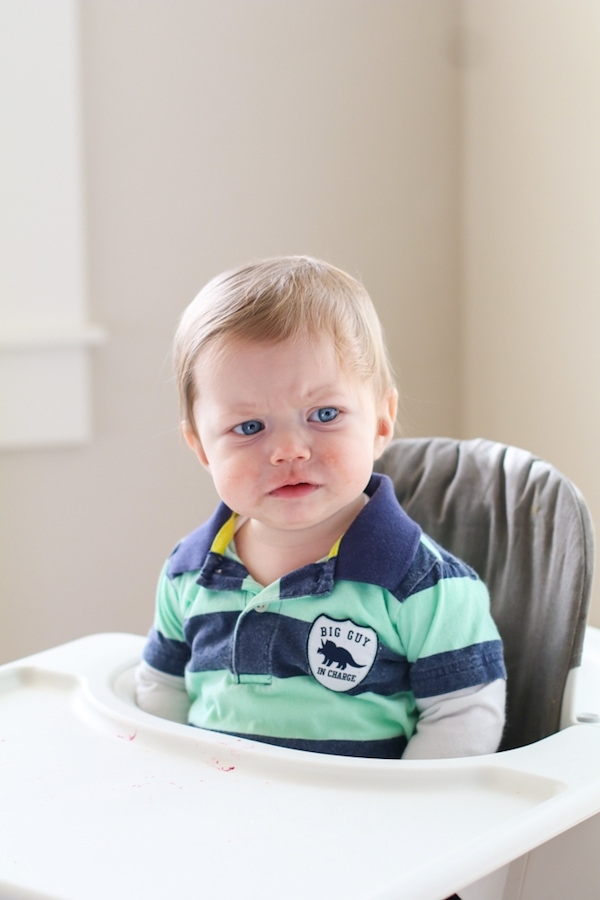 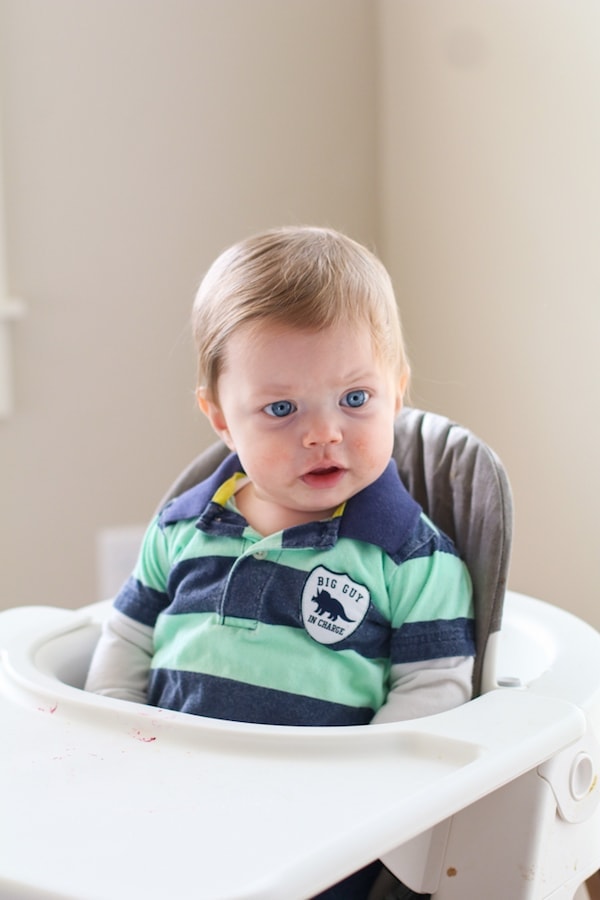 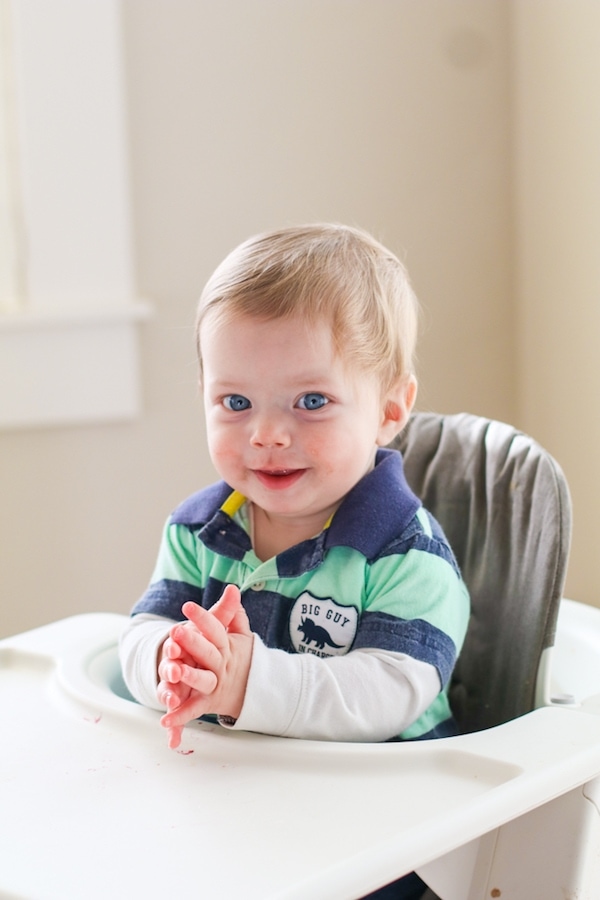 This little guy is SLEEPING THROUGH THE NIGHT!! Everyone, sing it with me: HALLELUJAH!!

He still takes 2 naps a day; one around 9 and one around 2. They are hit and miss. Typically the afternoon nap is shorter than the morning nap, but sometimes it’s vice versa. Generally, he will sleep 3 hours between the two. I love me an adorable, predictable child. 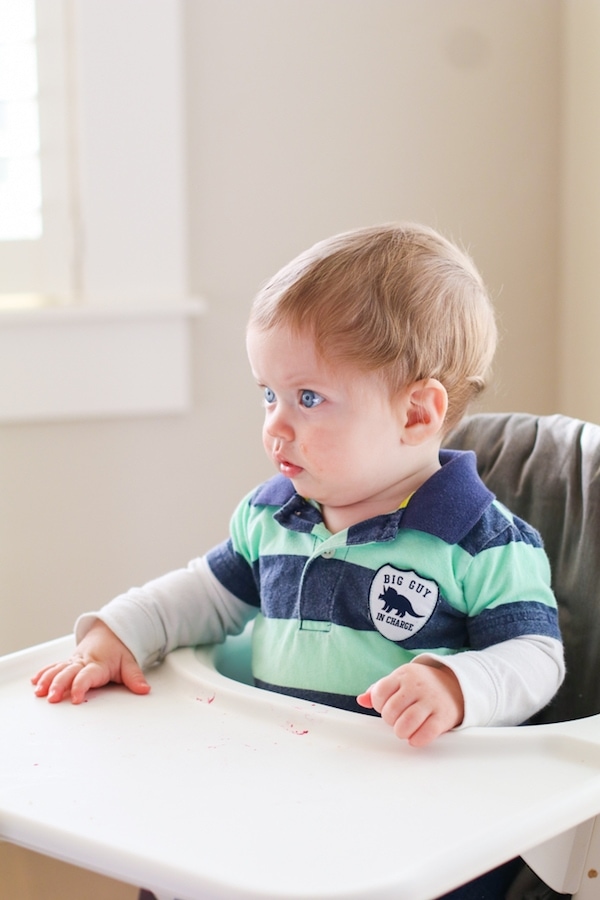 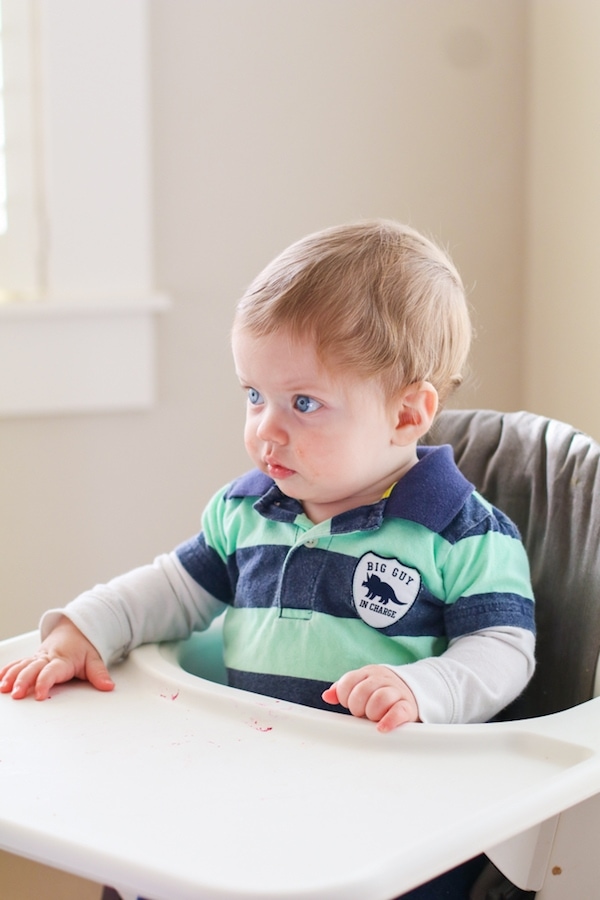 A few times we’ve gone into Eddie’s room after hearing him fuss and we’ve found him sitting up or even STANDING up in his crib. It’s shocking! I’ve never seen him pull himself up to stand in person, but he apparently can do it since I walk in to get him and voila! Standing child. So, that’s fun!

He still doesn’t crawl, though I’ve seen him crawl a few strides. He prefers to army crawl his way around. {Blake at 10 months wasn’t crawling either!!}

Still only has one tooth on the bottom in his mouth…and it is the cutest little thing you ever did see! No signs of others joining the party any time soon.

Loves to babble and lets you know exactly how he is feeling, hence all of these expressive photos in this post. Still no ‘mama’ yet. WHATEVER.

Loves peeking around or over things to play peekaboo.

Adores the bath and kicking the water at his brother who typically bathes with him.

Eddie can wave hello or goodbye and clap on demand. It’s so cute!!

Anyways, that’s the latest and greatest on our sweetie-pie Ed. We love having him in our family. He’s so easy to squish and hug and love on!! 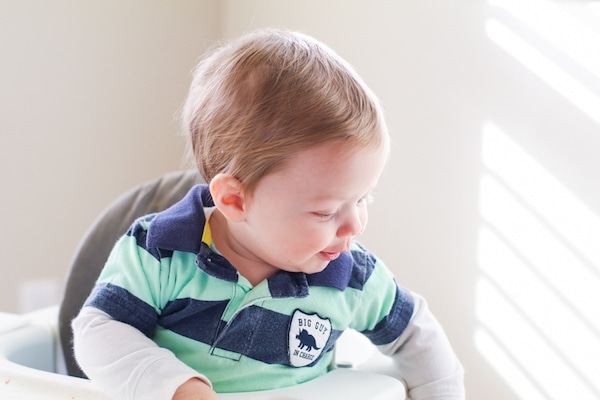 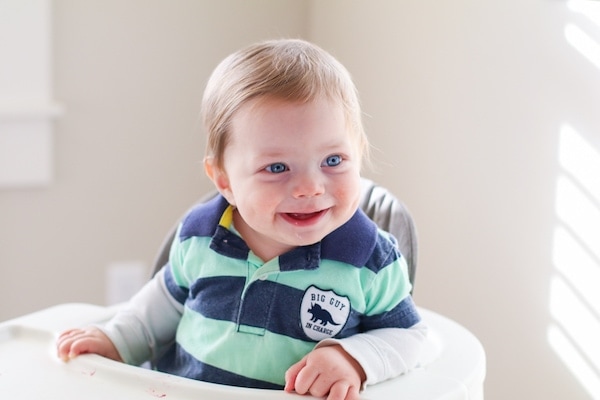 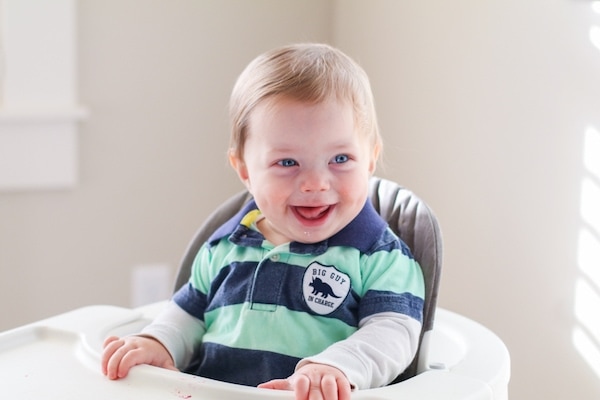 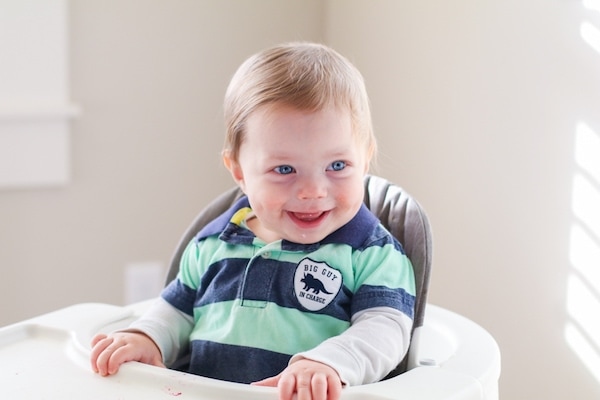 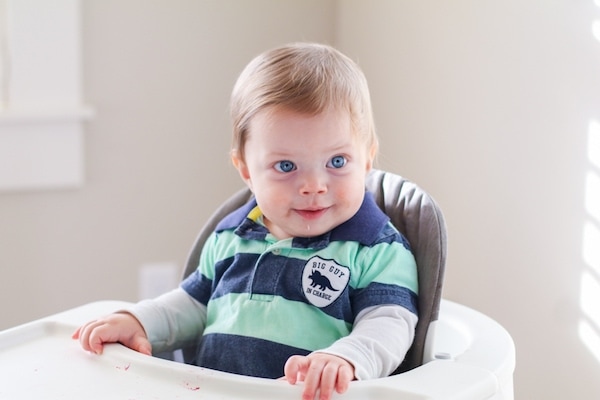