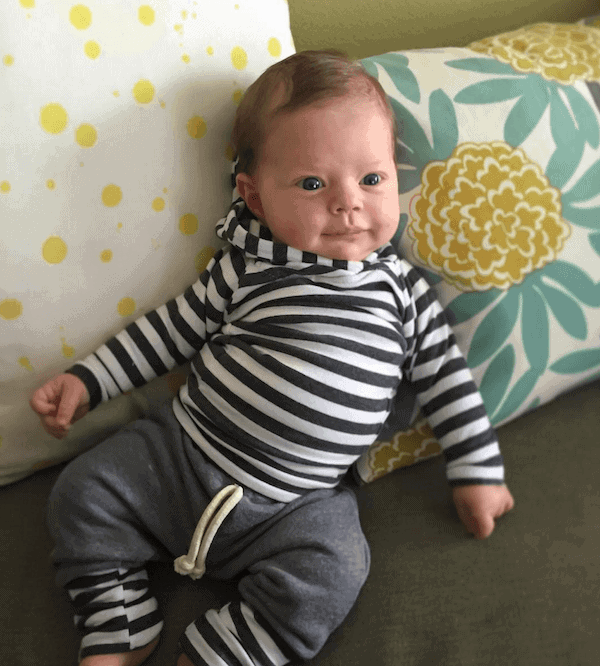 This little guy is just his one month birthday, so I thought I would do a quick update on how things are going and how already he’s growing like a weed!

Eddie has been eating like a champ ever since he got his tongue clipped. This poor boy was tongue tied and had to get his frenulum snipped in order to breastfeed comfortably. He could barely eat with this problem and got so mad/frustrated probably because he was starving, poor guy!  So, we had that done when he was just  two days old and we haven’t looked back since. He did lose 3 ounces of his birth weight in the first two days, but after that at his two week check up, he was up a full pound! Now that we’re one month in, I’m guessing he’s about 10 pounds! {He was 7 lbs. 13 oz. when he was born.}

Bring on the chunk 🙂

How goes the sleeping? Hahahaha. Really great for Ed, because he just sleeps when he wants. Me on the other hand…mama mia! It’s hard to keep up with my older two kids when I’m running on 6 hours of completely interrupted sleep. I’m contemplating pumping my milk just so Gordon can get up with the baby and feed him so I can get some decent rest. But, I feel guilty about asking him to do that because Gordon still has his military and church responsibilities AND is still working on his master’s degree making him just as exhausted as me! He stays up late trying to get his work done and then gets up in the night if Blake needs to use the potty and then gets up with Brooke and Blake in the mornings to get ready for school. We are two tired parents! Like forreals.

Edward’s long sleep stretches are typically at night, so for that I am grateful. BUT–he won’t stay asleep when we lay him down in his bassinet. I mean, the most he’s lasted is 10 minutes, but then he consistently wakes up and can’t remember that he was tired, self sooth himself, and go back to bed. I would let him cry it out but he’s still way to little to do that yet.

Daytime naps are all inconsistent and typically, someone has to be holding the baby in order for him to sleep longer than {you guessed it!} 10 minutes. We’ve tried rocking him to sleep and then setting him all sorts of places, but he won’t stay asleep unless it’s right beside a warm body in bed. I’m hoping this is a phase that will pass, but in the mean time, waaaaaaahhhhhhh! I just want to have a happy smiling baby that sleeps a long time in his own bed. For heaven sakes, that’s a nice place to be. 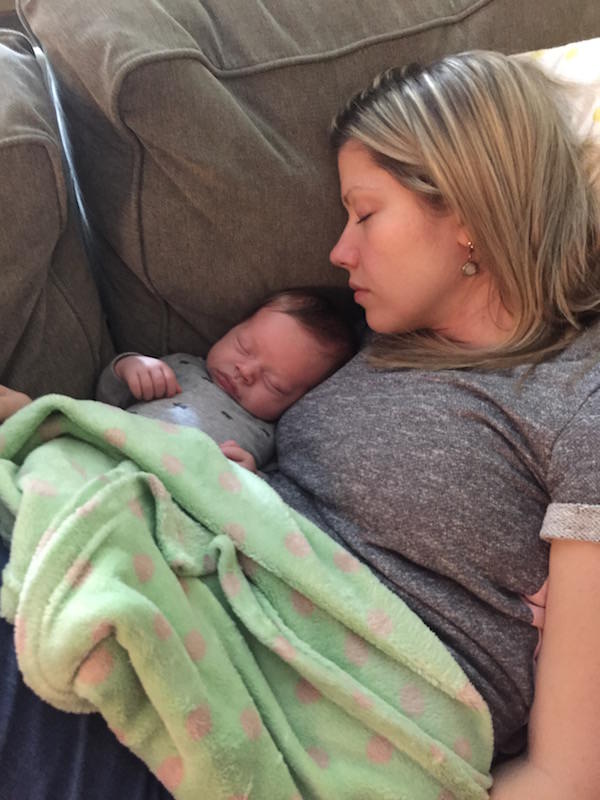 My little jelly belly has started working on his tummy time and gaining neck strength. Although tummy time is really angrily anticipated by him, it’s good for him so it continues on. Plus, he doesn’t really lift his head off the ground. He just whines and is able to scoot forward on his tummy by kicking his legs and he jumps forward. Soooo, that skill is still being worked out! Haha 🙂

SMILES! They are almost here for good! Occasionally, we’ll see one or two pop out because he’s about to poop or he just finished nursing, but after that he doesn’t really see the need. We’re not hilarious to him….yet. 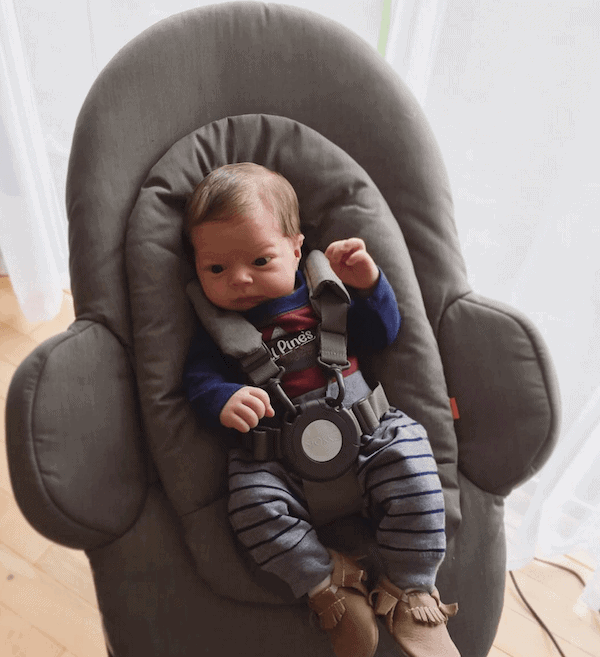 Blake is coming around and starting to enjoy his baby brother as we had hoped. I think things will get much better once Eddie can actually respond to our facial expressions and surroundings.

My back has been KILLING me lately. It’s gotten so bad that I can’t walk around the house holding Eddie for more than 5 minutes without sever lower and middle back pain. I’ve been taking Ibuprofen to help, but I need more of a cure than just pain management. Hoping to go to a chiropractor or our MD this week to figure out what’s going on.

Eddie is super cute and we love him a lot even though we are struggling through these tiring, long days. 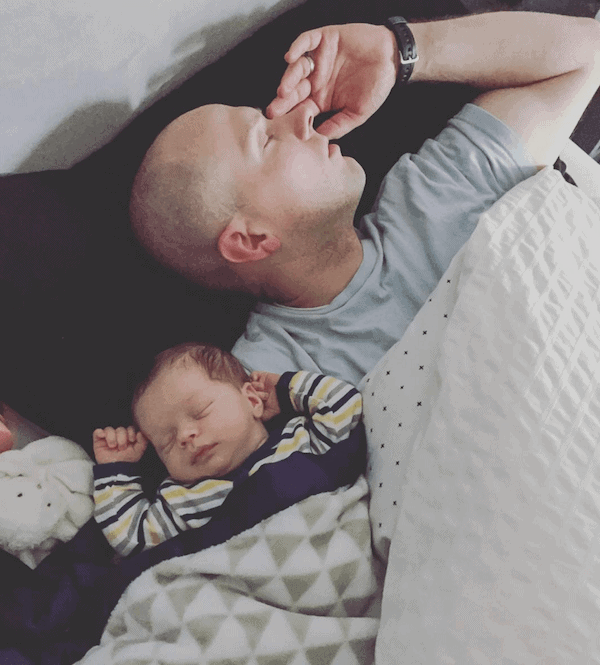 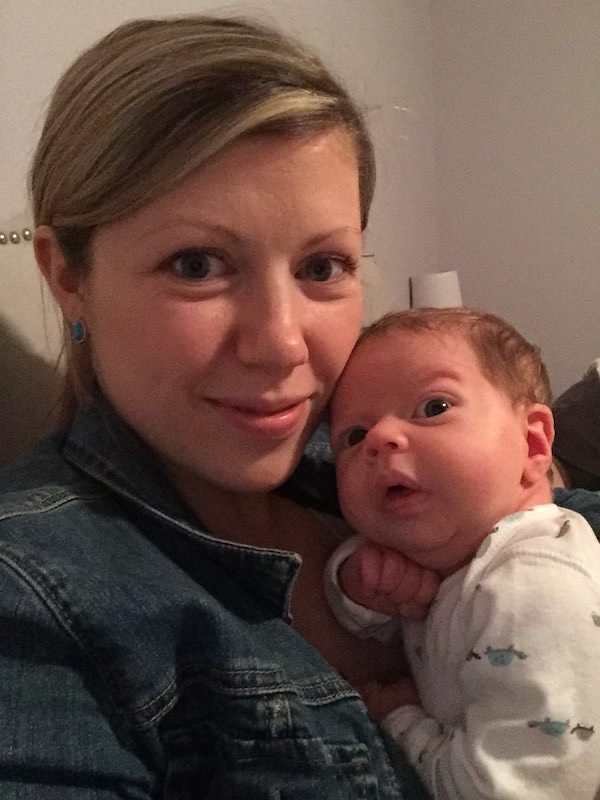