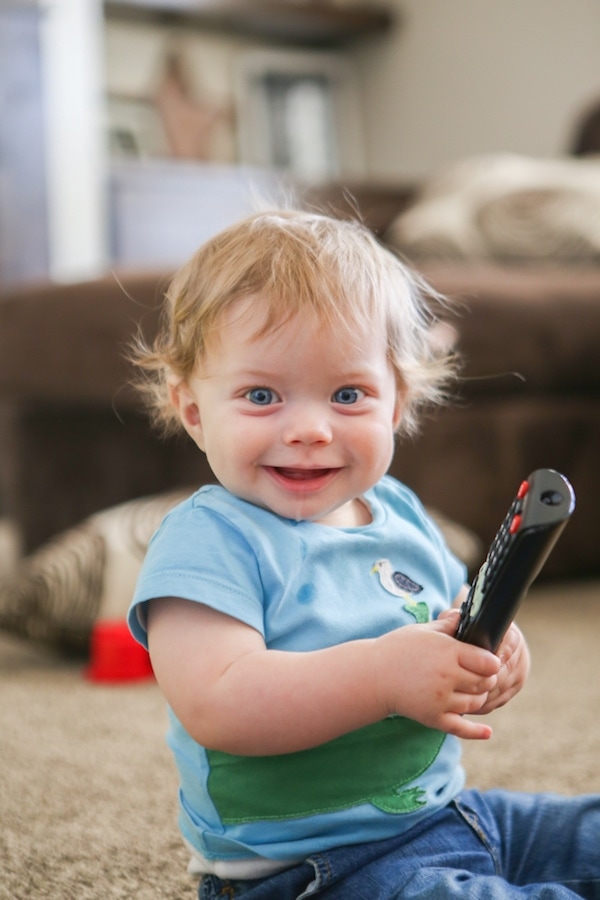 This little boy is learning and growing so fast! Fun developments and adventurous eating happened these past few weeks! Can’t believe he’s almost ONE!! And please note that the photos with curly hair were taken after I got him up from a long and sweaty nap. That boy takes after his father in more than one way 😉 I LOVE THOSE CURLS!

Eddie has been weaning himself off of his bottles only taking 2 bottles a day. He is waaaay more interested in the food we are eating and will get offended if you eat something and don’t offer him a bite. This month, I’ve been giving him tastes of the dinners we were eating and he has been LOVING them all! Teriyaki chicken, fried rice, cheese tortellini soup and his favorite: this pork roast with potatoes. He ate so much of it all!

With his two top teeth popping through and his other bottom front tooth through, he is all about taking his own bites out of: soft dinner rolls {or bread}, bananas, muffins, ritz crackers, apples, celery {though he doesn’t get very far!!} and cucumber.

I’ve also just very recently started cutting his food, stabbing it with a baby fork and giving it to him to feed himself. He thinks that is the funnest thing ever!! I did this with the dinners I listed above and a few other softer foods like cooked veggies or mango.

Doesn’t like the baby puffs anymore, but will do just about anything to get a cheerio. Ha!!

We are still trying to teach/convince him to use a sippy cup but at least there’s a glimmer of hope with a straw.

HATES yogurt, avocado and cooked asparagus with the fire of 1,000 suns. 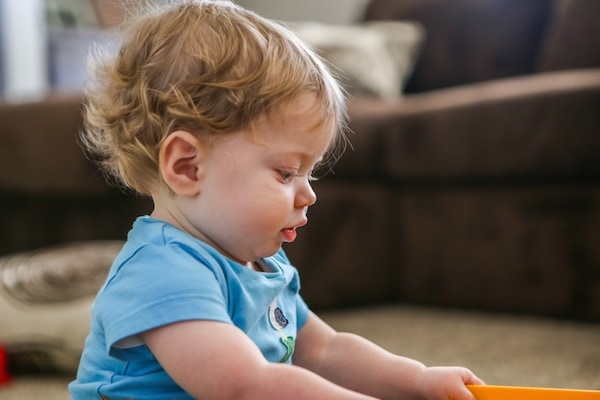 We continue to be surprised {and not in a good way} by this little guy. Still not 100% on the sleeping through the night, but I have started a new rule where if he wakes up after 10 hours of sleep, then I’ll go see him. But anytime before that, I just leave him be. After a lot of research and a visit to the pediatrician, I’ve felt reassured that this is the best course. I mean, he only wakes up around 2am twice a week, so all in all it’s not HORRIBLE. But, with my other two, it was like clockwork. Super reliable sleepers!

I will say that there are parts of Eddie’s sleep schedule that seems very….clockwork-ish. Like, we can put him down awake and he will just roll over and go to sleep. That’s how we roll at bedtime and nap time. His bedtime is always between 6 and 7pm. Much earlier than my first two. Some days he will wake up at 2am like I noted above, but usually, he wakes up ready for the day between 6 and 7am. So he is getting a solid 12 hours of sleep…most nights. He takes 1 nap a day, but I’m confident he needs two, though he fights and fights going down in the afternoons. I’m still trying to figure out a plan for that. Maybe he is just transitioning because he is older? Who knows. But, he has been such a different sleeper than my first two! So, I’ve learned to lower my expectations. Ha!

Eddie still prefers to army crawl over actual crawling. We’ve seen him crawl 7 steps? crawls? but because it’s not as familiar, he just resorts to going back on his tummy to drag himself across the floor. Haha!

Ed likes to pull himself up to stand anywhere he can, holding onto anything he can! Pant legs, the couch, toys, the dishwasher door, cabinets, chairs. He loves being upright and will cruise right along the furniture as long as he can hold on with two hands. I’ve tried to take his hands and walk with him along the floor, but he usually starts to do squats and then falls to his bum!

He babbles and makes so many expressions! Still no “mamama” but I have heard him do the “mmmm” sound. I’m hopeful we will make some serious progress soon. This mama is getting anxious!

Hates hates hates getting his diaper changed. He will scream and do the death roll before you can get a wet wipe to that dirty tooshie!

Edward is starting to pay attention to screens and laughs hysterically when the puppets on Baby Einstein pop up.

Loves the TV remotes and his brother’s truck toys {much to Blake’s dismay}.

And last but not least, Eddie has discovered and conquered the STAIRS. Give that boy 1 minute of unsupervised time and he will take off and make it to the second floor. Usually, I see him midway up, but there have been a time or two where I was chopping an onion and he was up the first set of stairs and around the corner on the second set. That boy is like a heart attack waiting to happen. Man oh man.

Even though this little guy has turned my world upside down for nearly a full year, I am so grateful for him and the smiles and love he brings into our home. We love you Eddie!! 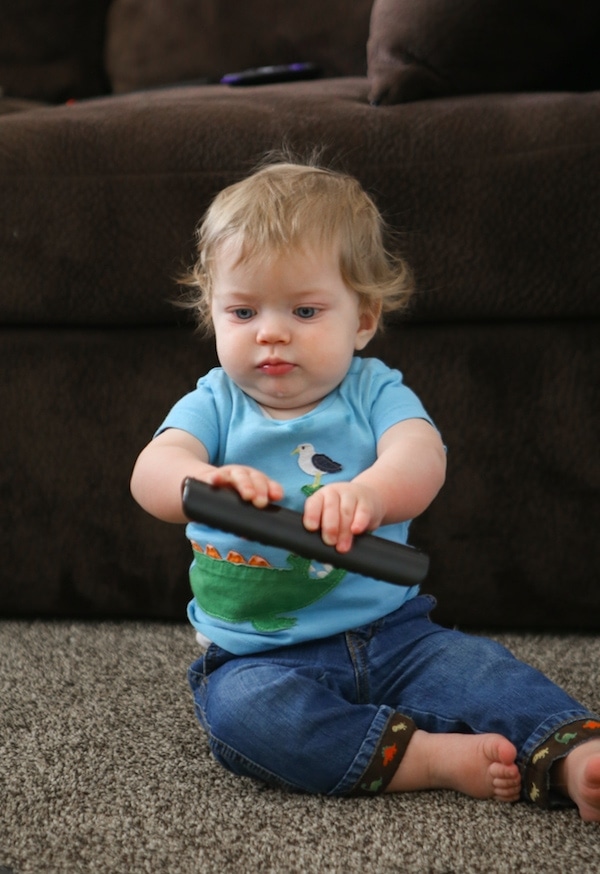 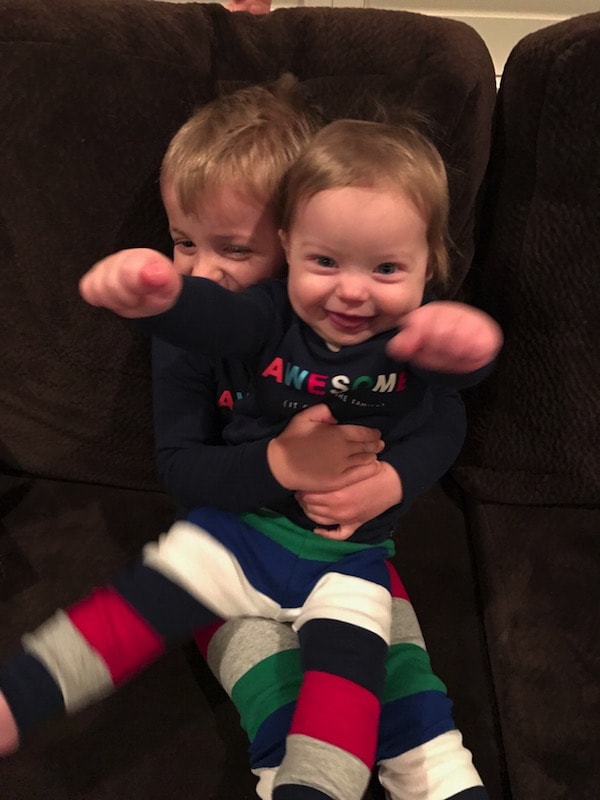