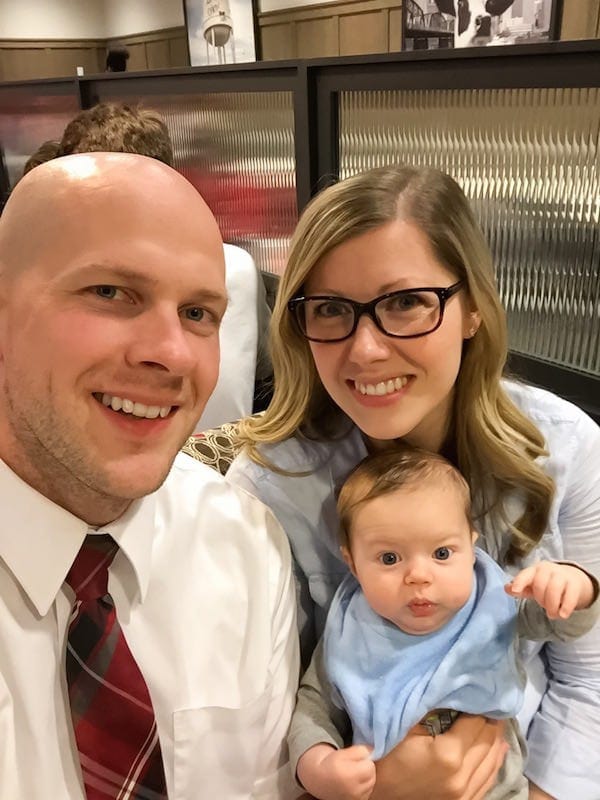 Well, this rascal keeps growing! And his personality keeps getting bigger too. Sometimes we think a little too big for his teeny body, but whatever. We love him just the same 🙂

Here’s the latest and greatest on our Eddie-boy:

Still loving his mama’s milk. I try to nurse him every 3 hours or so, but sometimes we can go for longer stretches {4+ hours} and sometimes they are much shorter. But generally, this little guy is growing and getting all the nutrition he needs. Sometimes I wish he would suck out more fat from my body, but at this point I’ll take anything I can get.

Eddie is a champion night sleeper and a sucky nap taker. He will typically go down for the night between 7 and 9 pm {though sometimes a little earlier or a little later} and can sleep 8 solid hours. Generally he’s up between 4 and 6 am  for a feeding, but then he goes right back down for a few more hours. Last month, there were a few days where I saw the light…meaning he was just starting to give me a taste of those longer stretches with zero consistency night to night. But the older he’s gotten the more consistent he’s been. So thank heavens for that.

Now, as far as the napping situation goes: he fights naps. Fights them like crazy! And even when we get him down, he will only stay sleeping for 20-30 minutes. We have tried letting him cry it out, but that doesn’t seem to work quite like it did with our first two. When we know he’s getting tired, we can swaddle him really well, pop in a pacifier and hold him close to get him to fall asleep in our arms in under 5 minutes. I’ve started calming him down in my arms before naps and lay him down when he’s not quite asleep to get him to get used to falling asleep on his own in his crib but this has had a 50/50 success rate. He’s just keeping us on our toes. I think if we stick with it, he will eventually fall into a napping pattern naturally. And hopefully get him to fall asleep on his own reeeaaaallll soon. 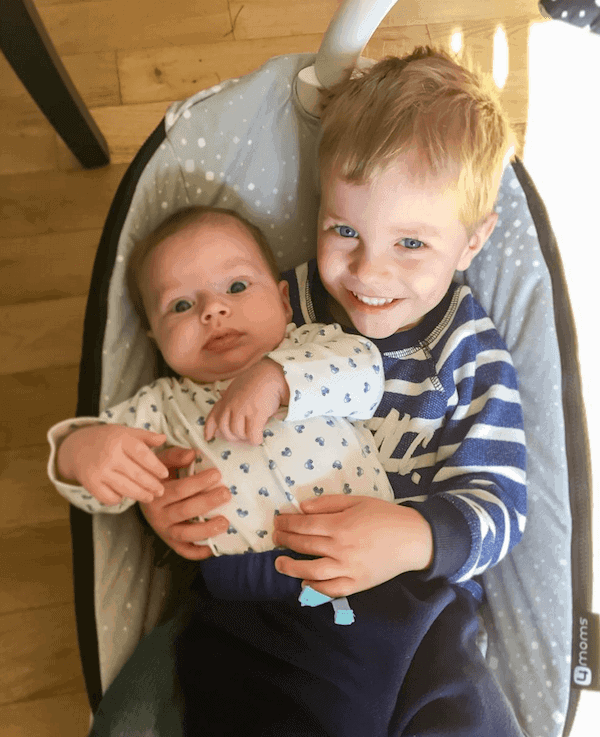 Throughout this last month, we are getting to know this boy even better! He isn’t afraid to tell it like it is and let you know when he is super happy or super ticked off. He’s started laughing in the last few weeks which is the best thing ever! The first time he laughed, he scared himself and started crying. Ha!

He is becoming more and more like Brooke every day. He looks a lot like she did as a baby and now is starting to have similar characteristics. If Blake is a little too rough with him, or if he gets scared in any way or hears loud noises {screams, the vacuum, the blender, etc.}, he gets startled and cries. Most of the time though, he’s a very happy baby.

Eddie is a little over 13 pounds now and his double chin is the cutest thing ever!! He also has two rolls on each thigh. I love chunky babies! They are just the best.

I recently switched to MAM pacifiers and that seemed to do the trick for Eddie to like them a little more. He’s still not a pro at keeping them in his mouth, but they definitely will calm him and make him sleepy at nap time. I only nurse Eddie to sleep at bed time. For all naps, I give him a pacifier so he can practice falling asleep without nursing. I also want him to make the connection that pacifier means sleep….we’re working on it. Ha!

He HATES tummy time and refuses to lift his head. He’ll lift his knees underneath him and scoot himself forward {like he’s trying to crawl} but will keep his head down. I can sit him in the bumbo chair and he keeps his head up just fine so I know he has a strong neck, but there’s just something about tummy time that he hates with a passion.

Drooling like CRAZY!! I’m waiting for those first bottom teeth to show up, but that might not be for a few more months. He will be wearing bibs forevermore.

Well, not a whole lot to report here. Last month I was 16 pounds above my goal weight. This month, I’m about 12 pounds above so I lost 4 pounds! Yay! I have been doing a pseudo 24-day challenge {minus all the herbal supplements because I’m nursing} and that seems to be helping. I’m trying to make it to the gym too at least 4 days a week, but that’s not always realistic. Slowly but surely I’m getting there! I sort of wish we weren’t going to Hawaii at the end of the month because I know I won’t physically be where I want to be, but progress in the right direction is always a good thing. Lots of beach coverups for me!! 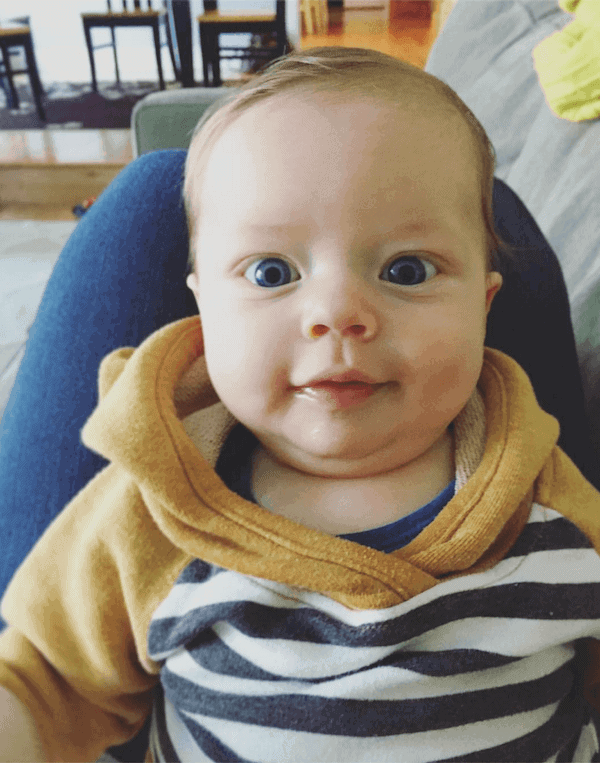 We certainly love this bright eyed baby more and more every day.

A Special Day for Eddie

At home with Edward {professional photos}

At the hospital with Eddie {professional photos; these are my favorites!!}