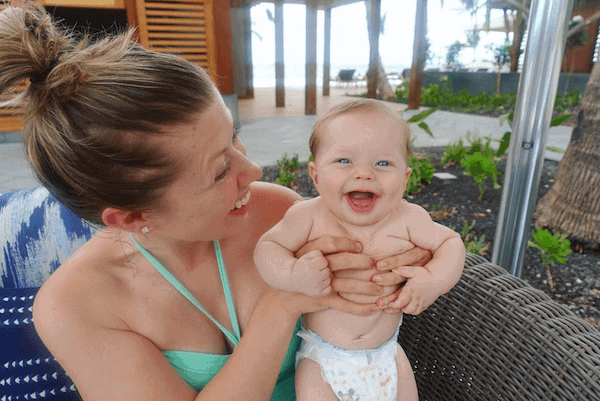 Hey, friends! I thought I’d publish an update on the old baby-sugar before he turns 5 months! Yikes. Between Hawaii and moving, this mama is BEHIND! I promise I’ll get my act together and post more recipes this week! But in the mean time, this little guy has stolen my heart…AGAIN. Read on:

Eddie is still loving his nursing time and he still eats every 3-4 hours and seems ravenous. Hello, growth spurt. Our pediatrician said he was on the small side, weight and height-wise, but Gordon and I are not huge people, so we’re not too concerned. Blake was a little bigger at 4 months, so maybe this boy will be shorter than his brother? Who knows. But he loves to eat and stares longingly at us when we eat and tries with all his might to grab my fork. With my first two, I started giving them rice cereal at 4 months, but now the recommendation has changed to 6 months. I sort of think it’s stupid, but don’t want to throw that advice out completely, so at 5 months I’ll start with rice cereal. He will be thrilled to get his own spoonful of cereal, I’m sure of it! 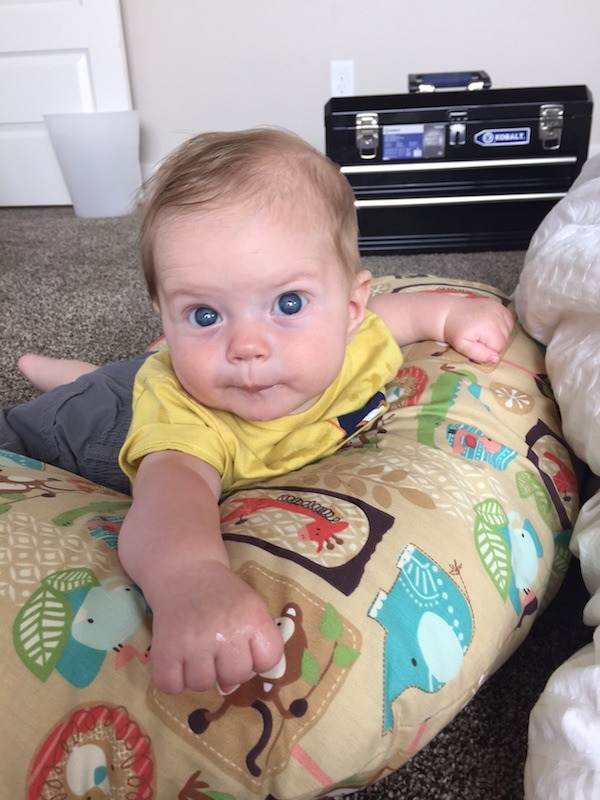 So, the first part of the month, I thought his decent track record of amazing sleep at night was down the drain. But then I realized between the moving and the traveling and the time zone changes and the close living quarters it all entails, he was thrown off. A lot. {Weren’t we all? Actually, probably just me because I’m the one up with the baby at all hours of the night.} But, anyways, once we set up his crib in our new house, the last few days have been great! Not stellar, but I SEE THE LIGHT. Up until this point, he was not napping in the day AT ALL. But between all the traveling, something must have clicked in his little brain and he now takes 3 naps a day!! Morning nap is about 45 minutes. Afternoon nap is the long 2 hour one {give or take 30 minutes} and then a quick siesta after dinner before bedtime. I like predictability. And I LOVE that his better sleeping patterns mean that he’s happier in the day! 🙂

His bedtime is anywhere between 8 and 11pm and sometimes he’s up in the night once or twice, but generally {please don’t let this jinx it!!} he sleeps all the way through the night, about 9 hours. 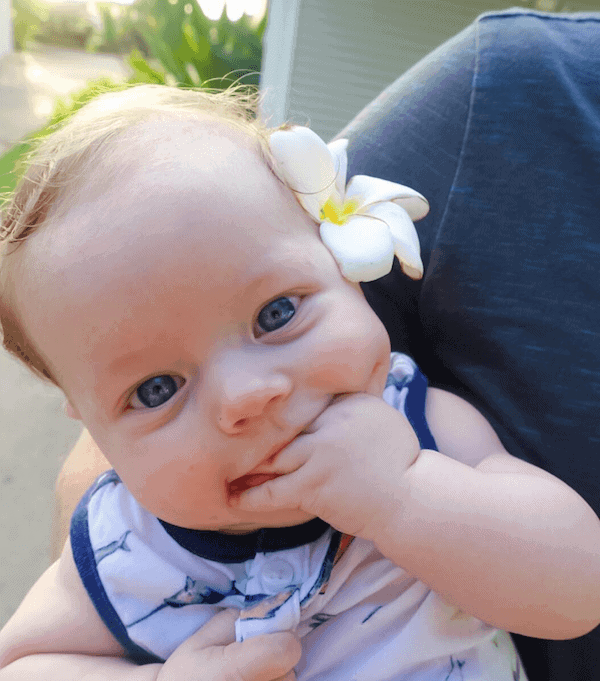 This little buddy is moving all around and loves to be goofy and spit and stick out his tongue and blow raspberries! He’s quite the happy little guy and super observant at this stage. He definitely prefers Mom, but can tolerate Dad and Brooke holding his just fine, the stinker! Ed is also becoming more ticklish which just makes me die of pure joy. Baby belly laughs are the best. 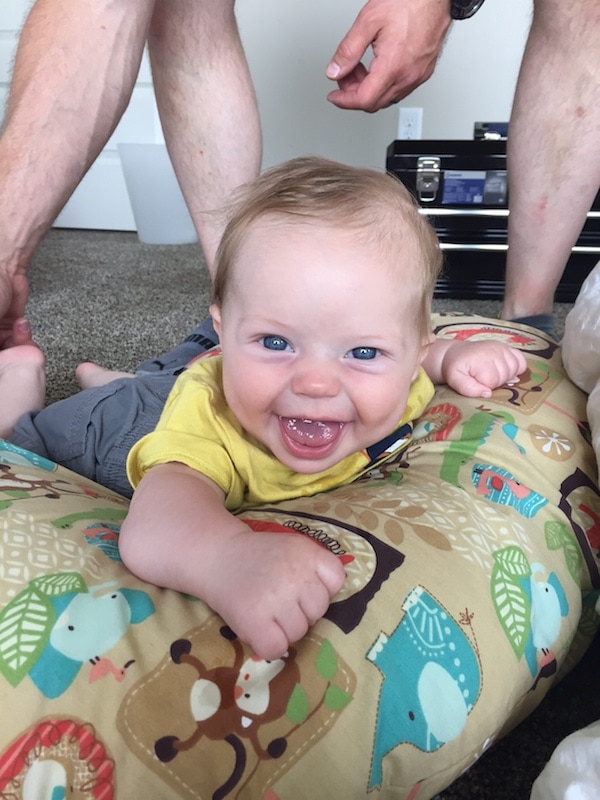 He’s finally enjoying tummy time! He can hold his head up much longer and loves when I put toys out in front of him to grab and play with.

He’s still at the ‘confused after he rolls’ phase, but we’re sort of working on it? I guess he just keeps doing it until he gets used to it….

With this being my 3rd baby, I’m much more chill I’ve realized. Like, the doctor is wanting to monitor his weight and I’m like “he eats a ton, I know he’s doing fine. He’ll live.”

Also with the rolling thing or the tummy time thing, I’m not super concerned about the milestones he’s supposed to hit by certain times. He’ll get there when he gets there. And I can’t compare him to his other siblings because they are and were all so different! For some reason I thought they all would be the same, but oh no. That is not how biology works, friends. They all pop out differently. Oh the joys.

Anyways, that’s my sweet Eddie-pants! The more he sleeps, the more I love him! I know that’s silly, but it’s 87% true. I’m almost *almost* out of the haze that is the infant/exhausted/sleep deprived stage. Hallelujah. 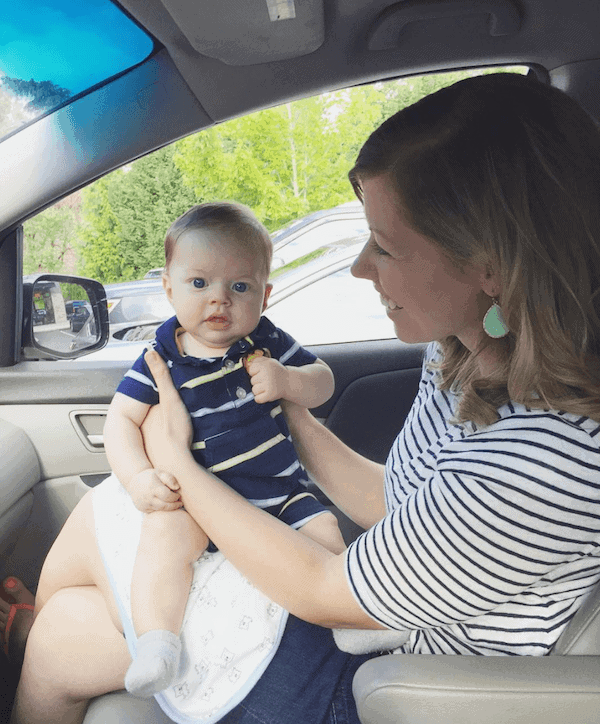