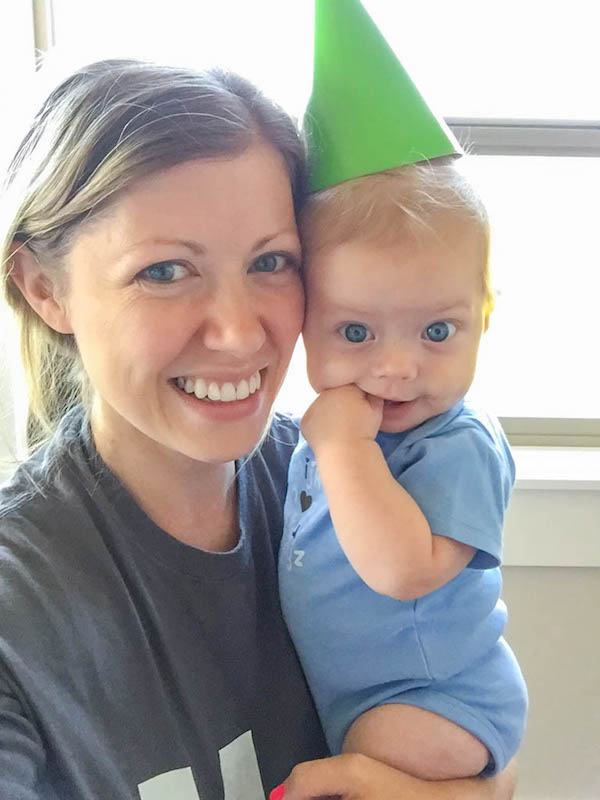 So, my Eddie-boy is already 6 months old! Here’s the latest and greatest:

At about 5 1/2 months, we started Eddie on a little rice cereal because he was reaching for any and all food we were eating. Of course he loved it! Since he’s turned 6 months officially, we’ve migrated towards other foods like banana, avocado and squash. LOVES banana, but really struggles to like the avocado and squash. I’m going to roast and puree a little sweet potato later this week to see how he likes that as soon as we get back to Idaho.

But the biggest news of all is probably that this social boy has completely weaned himself off his mama’s milk. I was starting to worry about his lightweight status after he only gained 4 ounces from month 4 to month 5 and then I realized he wasn’t nursing enough/not wanting to nurse because he’d rather be looking out at the world that in at my shirt. So I initially started supplementing with formula to make up the difference, but now even if I offer to nurse, he wants nothing to do with me and refuses. Such a rascal! So my milk shop is out of service. Haha! 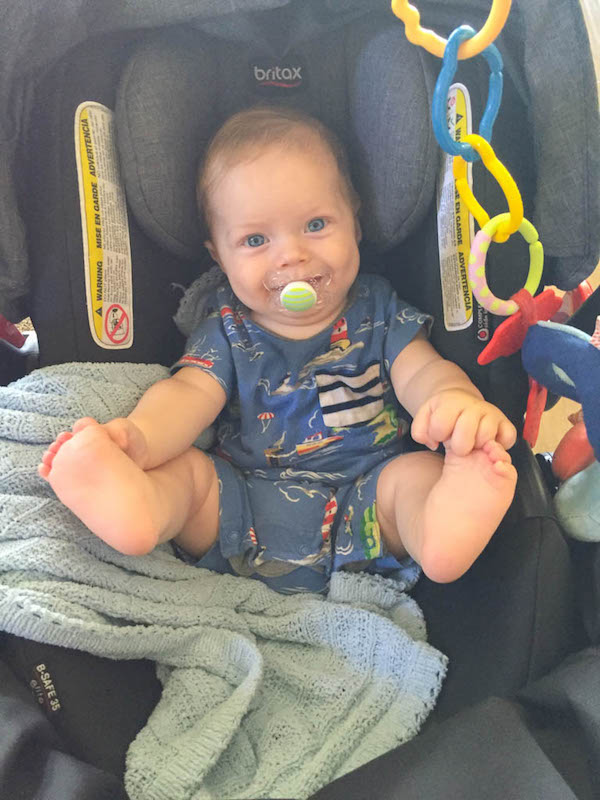 I feel like we’ve finally turned a corner. I hate that it has taken 6+ months, but it is what it is. Eddie takes two to three solid naps a day and  are down to him waking up twice a night. It certainly beats the 4-5 times a night it once was. Yikes, was that awful!! So, I’ll take twice and be happy about it 🙂

Usually, he will take a long morning nap and a sometimes long afternoon nap. Occasionally, he will have a quick evening siesta, but other than that, he is in bed by 10-10:30. He is getting better at letting himself fall asleep on his own. I’ve been trying to get him down in his crib groggy to see if he will fall asleep on his own but have only had a 50% success rate. But, I keep trying because eventually, HE WILL SLEEP! He will wake up between 1 and 2 am, but I pop his pacifier back him and he goes right back to bed. At 5, I’ll give him a bottle and he will guzzle most of it and fall right back to sleep in the process.

Looking at Blake’s baby updates, this is exactly right on par with him, so by 7 months he should be sleeping through the night…at least I’m hopeful that he can sleep through the night consistently. I CANNOT WAIT.

Incase you haven’t noticed, I don’t do well with no sleep. 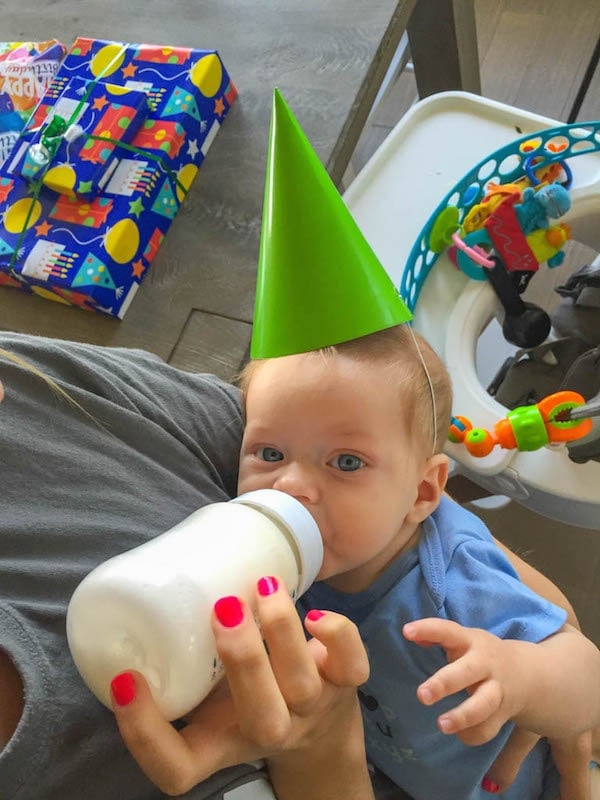 Eddie is getting better at rolling and tries to reach for everything he can get his hands on. When he is changed, fed and well rested he is such a happy little guy! Nowadays, he rarely cries and it is great!! I’m finally starting to feel like I have a handle on him and I’ve got him and his quirks figured out. Hooray!

Still doesn’t really like tummy time and hates rolling. He is starting to scoot *barely* but I see him becoming mobile very soon because he is so anxious to get his hands on EVERYTHING. He’s a curious little guy.

No teeth yet, but my first two babies started getting their teeth around 7 or 8 months, so a few weeks to go on that 🙂

Anytime he can sit up in a chair or swing or exersaucer, he is a happy happy baby. Anything new or interesting or colorful, he is all about.

He is very ticklish 🙂 Especially on his tummy and his thighs. Those baby laughs you get are delicious.

The more Ed sleeps, the more I seem to love him. Sad but mostly true. Thankfully, my sweet husband lets me sleep in most days which is amazing,

He is babbling a lot and can already say “dadadadadada” to Gordon’s delight.

Brooke and Blake like to feed him bottles and take their turns playing with Eddie which is so fun! I’m glad they enjoy their little brother so much,

I take him to his new pediatrician later this week for his well baby check so we’ll see where he’s at with the height and weight. I still think he’s on the smaller side, especially compared to how heavy Blake was at this age, but I just switched him over to size 4 diapers, so that’s gotta be a good thing. Hooray for formula! 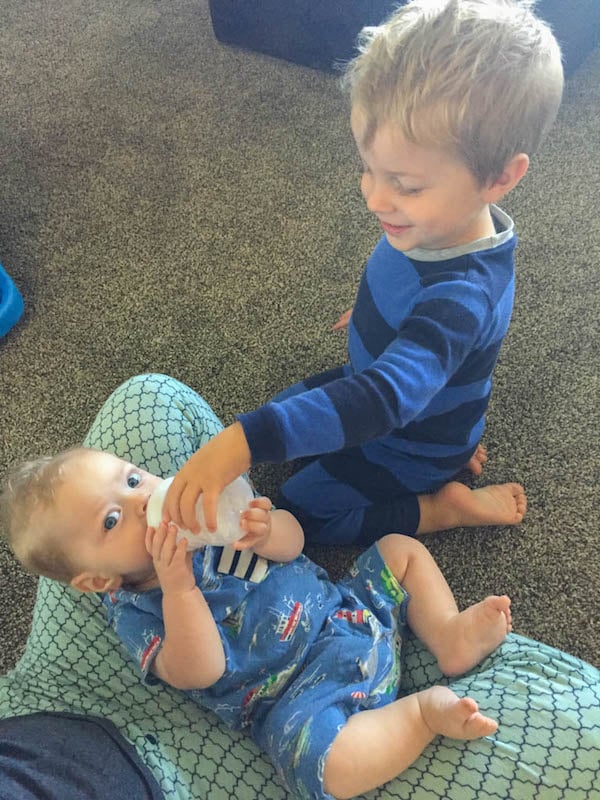 We love you Eddie! Never stop being so adorable!!