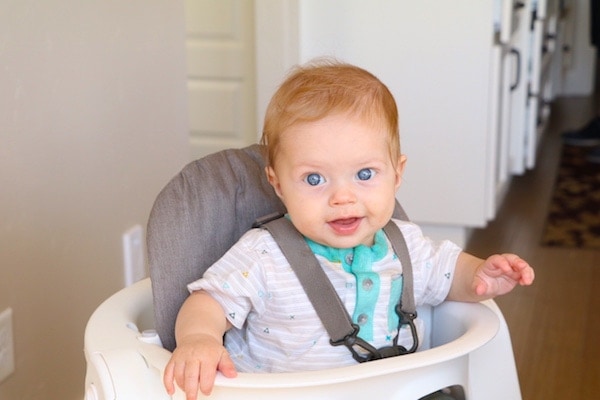 Hello from my sometimes red-headed boy! In certain light, Eddie looks like he’s got the strawberry blonde thing going on but in other light he has dirty blonde hair. So weird, but fun!! I’ve never had a red headed little guy before. He’s so dreamy!! I love this kid so so much! Here’s the latest and greatest on my sweet Edward John.

Eddie is still guzzling bottles! He loves formula and has even been able to hold his own bottles to feed himself. It’s hilarious and cute.

As for pureed foods, he loves rice cereal, mashed banana with a little cinnamon, mango, prunes, sweet potato, sometimes avocado, sometimes butternut squash. I haven’t tried much else, but the more I feed him, the more hungry he seems to become. Typically boy, right? Starving all the live-long day.

We’ll be making some green juice and giving him a taste. When Blake was a baby, he guzzled green juice and loved it so much! So I want to give Ed some in a sippy cup to see how he likes it.

For a fun video of Eddie trying sweet potato, click through here. 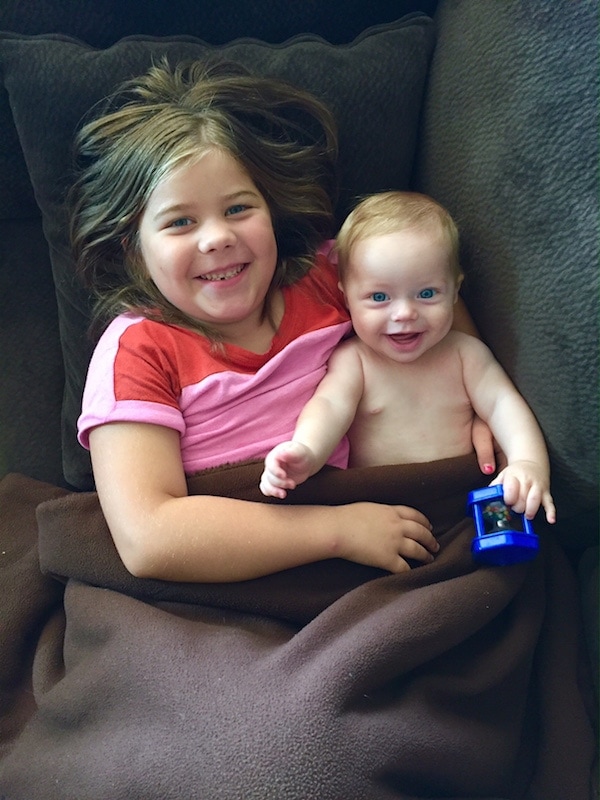 Progress is the name of the game when it comes to his sleeping habits. On average, he wakes up 1.5 times a night. Sometimes it’s only once at 5am, sometimes it’s twice at 1 and 5. Bedtime is starting to get earlier….between 8:45 and 9:30pm. Since he’s considered to be small still {see notes below}, I need to feed him a bottle when he wakes up. I’ve tried giving him a pacifier to put him back to sleep, but that doesn’t work. I think this is a pretty bad habit, but if he continues to extend his sleeping, he will be sleeping consistently only waking up 0-1 times by 8 months. Cross your fingers that this happens!

If you have any magic tricks to help this become a reality, let me know!

I’m still working on getting Ed down to sleep groggy and it’s still hit and miss, but I think this is because he’s starting to become even more alert and is transitioning to 2 naps per day instead of 3. We’re just now starting to get into that {I hate change! It’s so hard with babies!}

The lack of sleep is the only thing I can’t handle. If I get sleep, then I’m seriously the happiest person ever.

With no sleep, you can image how awful I take it. 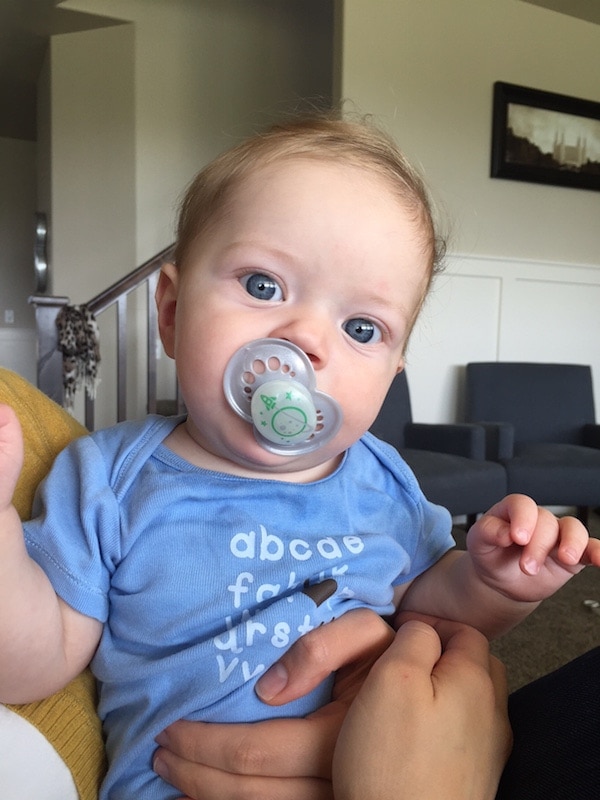 So, this photo below is of Brooke as a baby! I cannot believe how similar Eddie looks like his sister! Like, the resemblance is incredible to me! Since Blake looked like a completely different person, I was expecting Eddie to pop out like that too. Not so! Our genes are real. We even watched a few videos of Brooke as a baby and their cries sound identical. So nuts. 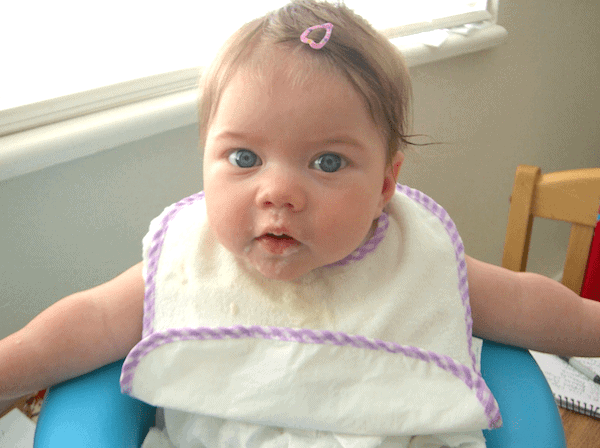 I took Ed to the doctor a few weeks ago for a belated 6 month well baby check and he was 15 lbs 10 oz and 25 inches long. These stats are almost identical to how big Brooke was at 6 months! The only difference is Eddie is a boy and boys are supposed to be bigger so he’s in the super low percentiles {1st and 9th percentile to be exact}. The doctor is a little concerned about how small he is, but considering his sister was the exact same way, I’m not too concerned. The doctor did mention if he doesn’t grow quicker by his 9 month check, then they’d have to run some tests to check for growth hormones or lack thereof. I asked ‘what if the tests come back normal?’ and he said ‘then he’ll just be a small boy’. So, maybe he’ll be a shorty like his mama. Who knows.

Eddie is starting to sit up like a champ! He’s usually a pretty solid sitter for 2 minutes or more. I know that doesn’t sound like very much, but for a little guy like him, it’s awesome!

No teeth yet, but I think they’re on their way! My first two started getting teeth around 7 1/2 months, so it should be a few more weeks until a few pearly whites start poking through Eddie’s gums.

Speaking of teeth, Eddie likes to bite my shoulder…and it totally hurts {!!!} even though he’s just got gums in there. I’m concerned for the future once those teeth start popping up like daisies.

Eddie can say “dadadada” but no “mamamama” yet.

Eddie is very ticklish everywhere. Especially his thighs and back.

He’s still a very happy baby which I LOVE!