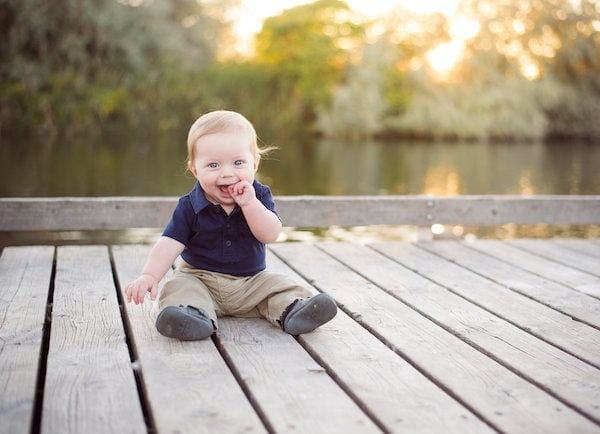 My sweet sweet boy is already past his 8 month mark!! SO nuts! It’s crazy how time flies.

Anyways, here’s the latest and greatest on Eddie:

If you remember Ed’s 7-month update, we were just starting to introduce him to solids. There was a week this past month where Eddie wanted nothing to do with food or his bottle. We were thinking his loss of appetite was teething related. But when no teeth popped through we were stumped! After those 7 days though, his appetite picked right up!

He will have 4 bottles a day, each between 6 and 8 ounces. On top of that, he will also eat 4-8 ounces of pureed fruits, veggies and/or cereal. He really LOVES sweet potato, pear and mango purees. He usually eats breakfast and dinner with us. After he’s done his meal, the rest of us have to eat, so we have to keep him content in his high chair with small bits of whole wheat bread and those baby puffs {easily dissolvable}. He already feels heavier, so I know he’s growing! But, I’m not sure he’s getting longer?! I bought some 9-month onesies {pajamas} and they were a good 4 inches too long on him! Still trying to figure out whether that’s the company’s problem or my problem. Sometimes baby clothes are waaaaay off. So of course having these huge pajamas makes me worry about him NOT growing, but its nice to know that he’s getting chunkier! 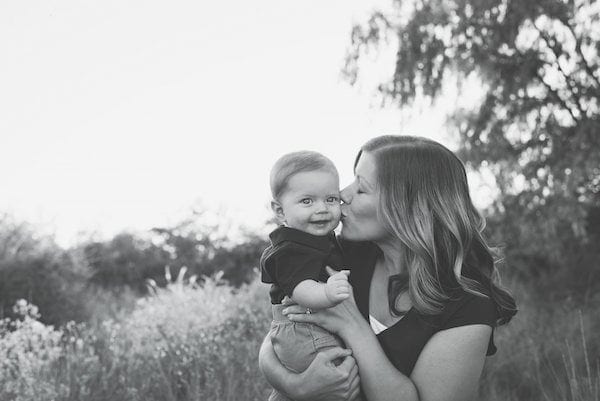 Still working on his sleeping. As of late, he is waking up between 7:30 and 8am for the day. Then will go down for a 1 1/2-2 hour nap around 10am. His second nap will be around 2 or sometimes 3 if we’re pushing our luck. Bedtime happens around 7:30 pretty consistently, which is nice. He does take a couple minutes to settle down, but once he’s asleep, he will stay asleep until around 3:30. That seems to be his new middle of the night wake up time that is accompanying his earlier bed time. {Last month, he was going to bed around 8:30 or 9.} I will give him a 6 oz. bottle and he will go right back down to bed until 7:30. I can handle waking up once in the night, especially because it’s 10 minutes at the most and he goes right back to sleep. {SO THANKFUL FOR THAT!} But, you know what’s better than getting up once in the night? NOT GETTING UP AT ALL! So, that’s my next milestone that I’m wanting to hit.

I’ve never had to let my first two kids cry themselves to sleep in the middle of the night because they both were sleeping through the night by 8 months already. So I’m going to give this guy one more month until I crack down and reign him in. I’ve been sleep deprived since I was 25 weeks pregnant with this little guy, so needless to say, I’m totally OVER IT.

I will say that we can put him down for his naps completely awake in his sleep sack and he will go to bed on his own without crying which is a big deal for us! Sometimes we have to go back in to his give him his pacifier back because he likes to throw it across the room, but that’s probably 50% of the time. At night, we usually give him his last bottle and he gets groggy with that and goes right to bed once we lay him down. Small victories, I know, but when you’re this exhausted, you’ll take anything to give you hope. 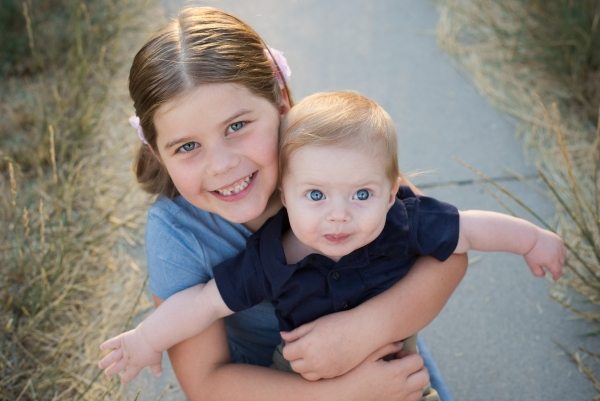 We are flying to Eastern Canada to visit my parents this week! We are jumping ahead two time zones. I’m a little hesitant about this, especially since Eddie’s sleeping has been here and there, so PRAY REALLY HARD that this doesn’t make him worse!

Also, pray that everyone is happy as we travel. 3 little kids, 3 flights, lots of bags, lots of snacks, melatonin for all! I’m nervous, but super thankful my husband is traveling with us 🙂

He’s pretty quiet and when he babbles, he just says “dadadada”. He is also really good at blowing raspberries which is the cutest thing ever.

He’s really such a happy little guy!! If he gets his sleep, he is all smiles to anyone who will smile at him. {I think he gets this from me…which explains why I haven’t smiled for 11 months.}

Still no teeth! We continue to wait.

Is starting to move a little more. If he’s sitting up, he likes bending himself in half to reach as far out in front of him as he can to grab a toy. We also will put him on his tummy and create a circle of toys that he can navigate around. It’s pretty cute to see him go around in circles playing with toys! Ha!! 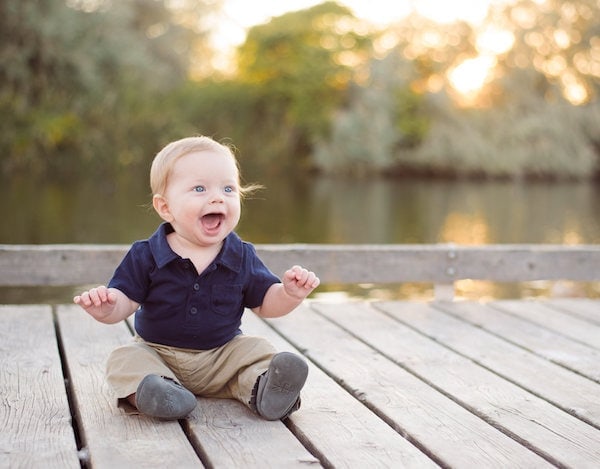 Oh Eddie! Even though you are my hardest baby and I struggle to make it through the day because I am unbearably tired, you are still so smiley and wonderful and delicious! We love you so so much!