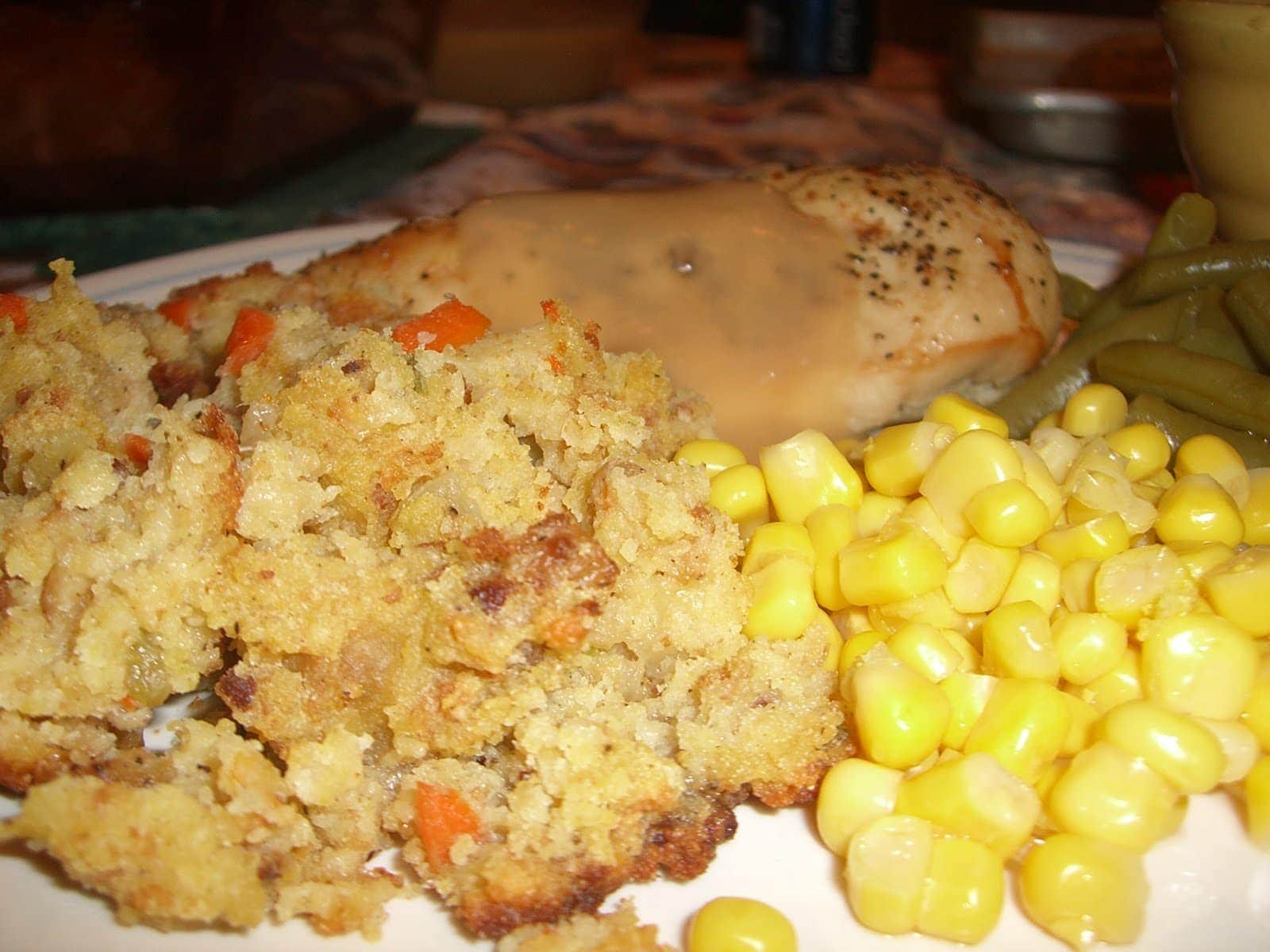 This is the first of many Fantastic Food Fridays! I’ve decided to blog several times a week, but specifically on Fridays! Look forward to many new and great recipes to come, especially on Fridays!

Man, am I excited for Thanksgiving! So much so that we had a little preview for dinner tonight, except minus the huge turkey. Usually for the holidays I make wild rice stuffing, but I thought I’d experiment with a Jiffy cornbread mix and leftover sausage I found in the freezer. I’ve never had cornbread stuffing before and after today, it won’t be the last time! Super easy and super delicious! This stuffing was sweet and savory goodness, especially with the gravy! Tasty tasty tasty stuff! If you are having a smaller crowd for Thanksgiving, this is the perfect sized recipe that would taste fantastic with all the traditional sides. Not only that, it’s a great weeknight easy dinner recipe that only takes about 25 minutes!
Print