Blake turned 3 a few weeks ago and oh my heavens is he cuter than ever!! We love him so so much! He can be a bit of a rascal, but generally he is a joy. Here’s the latest and greatest with Blake:

This boy is such a typical BOY. He loves cars, trucks, cranes, excavators, diggers, planes, anything with wheels, Batman, digging in the dirt with his trucks, jumping in puddles, going to the park,  stuffed animals, going outside, pizza, cereal, milk, raspberries, strawberries, blueberries, most fruit.

Getting his head/ears wet, green vegetables, getting his hair cut with clippers and taking a nap. Ha! That’s basically it. 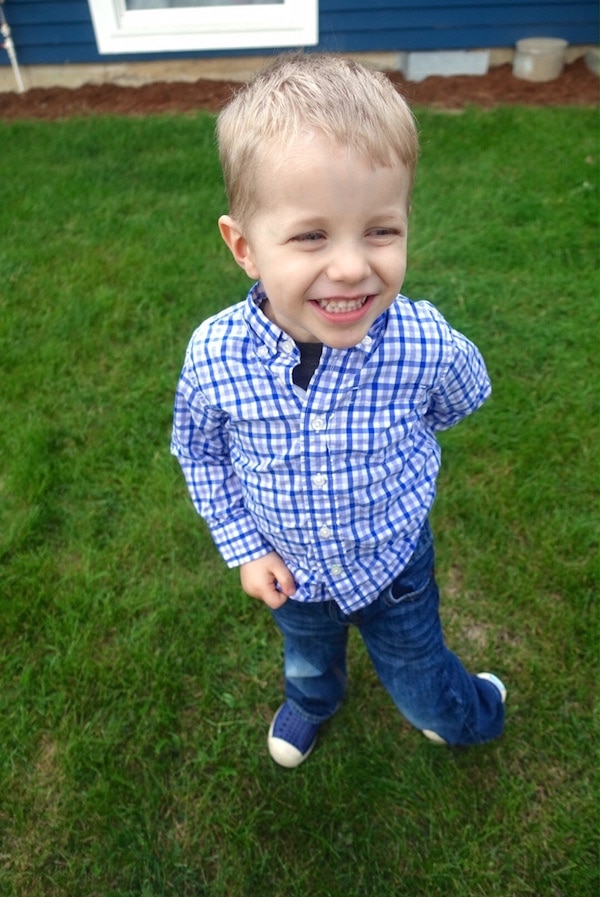 Blake is a total goofball. He loves to laugh and loves to make people laugh. His latest trick is rhyming words in sentences into other words that aren’t real words so it sounds like a bunch of jibberish. He thinks he’s HILARIOUS but we are like “what are you saying?”. When we read scriptures together as a family, after every pause or lull, he will pipe in with “and it came to pass” every time! It’s so so funny.

He’s generally even tempered but has his moments when he doesn’t get his way or things don’t go according to plan. If you make it sound like fun, he will do just about anything {read: chores}. He’s a really good duster and really tries to be a good sweeper. Sometimes before dinner, I’ll give him the swiffer dry mop and he just runs around and plays with it. 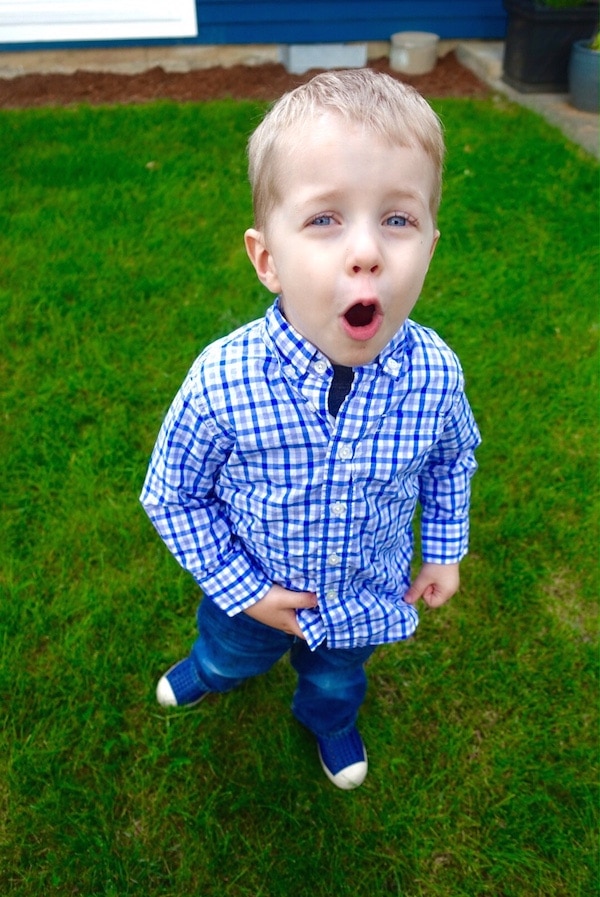 A few other things about Blake:

When he doesn’t get his way, he will scream and scream. Time outs in the corner snap him out of that real quick. I hate doing it at the time, but his behavior and attitude changes almost immediately afterwards, so we keep at it. Ah, parenting.

Loves his sister and loves copying her! We keep trying to tell Brooke to be a good example, but this is hit and miss. Haha!

He has a big imagination and all his stuffed animals have names and personalities of their own. He loves giving them their own voices and making them talk! Sometimes, I’ll talk to the stuffed animal and say “be sure to keep Blake in his bed during nap time.” Works like a charm. Ha!

I think 3 years old is the best and cutest age…at least for our kids. Gordon and I are consistently looking at each other smiling after Blake says anything. For example:

The first flight to Hawaii, Blake was so so excited to be on the plane. During take off, he screamed out “wheeeeeeee!!!!!” and everyone around us started laughing. Also, during the whole 6 hour flight, he kept asking “are we up in the air still?”

He will talk to animals from a far, like he’ll see a bird flying and say “hi, bird!” and wave. He also loves petting the neighbors’ dog, Midnight.

“I love this morning” as he walked out onto the balcony.

“I’m sure I had a good nap!” after he wakes up from his nap. 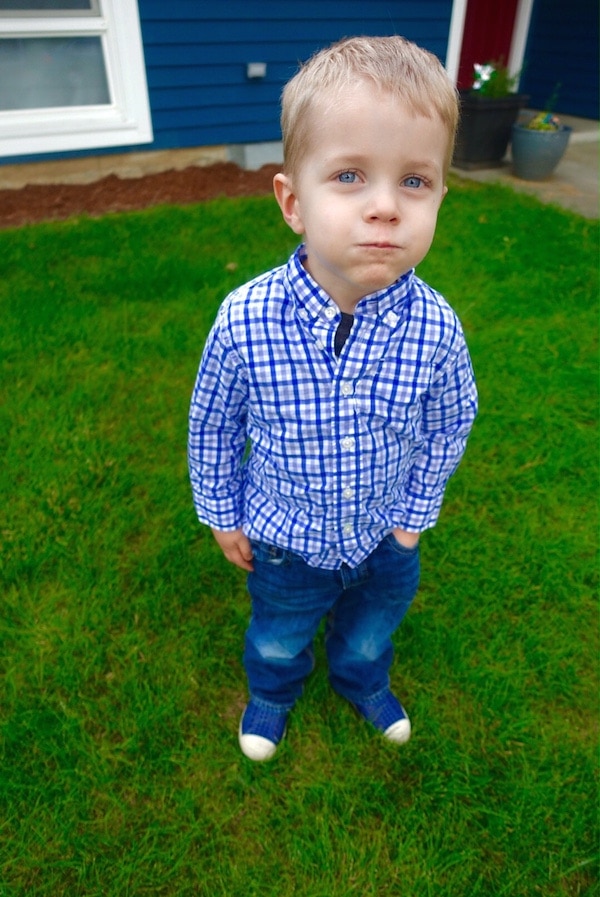 We love you and your infectious smiles and laughs. Never change Blakey 🙂