Delicious Mojo Donuts from Miami! Everything here is delicious, just make sure you get there when they’re fresh. 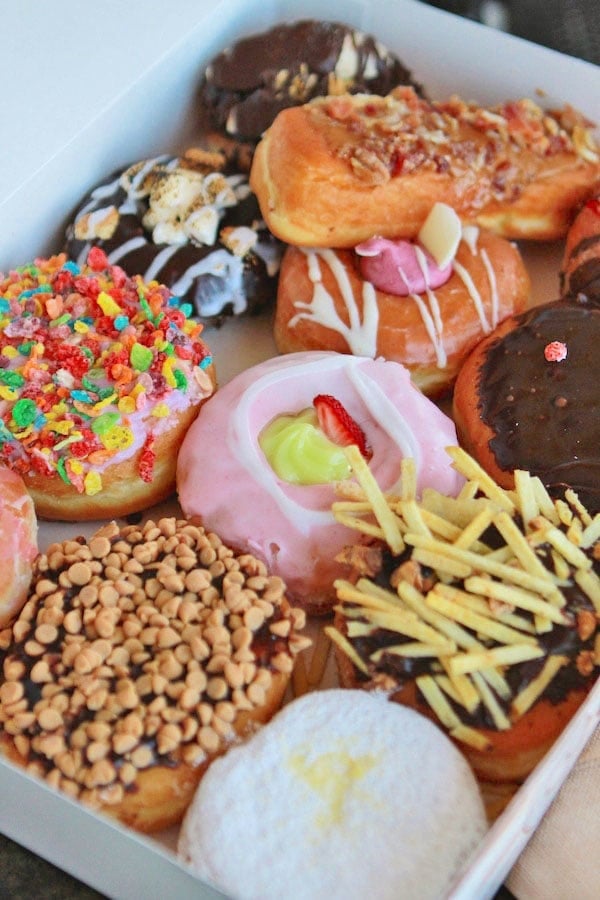 While my husband and I were vacationing in Miami, we stumbled across Mojo Donuts….the Willy Wonka of donut shops. Forreals.

Also, is it donut or doughnut? #firstworldproblems

We ordered a dozen donuts to get a sampling of what they offered. Apparently, had we been there on a weekend, we would have seen double the flavors. Shucks. We still got some amazing flavors though 🙂

Here’s what we got at Mojo Donuts: 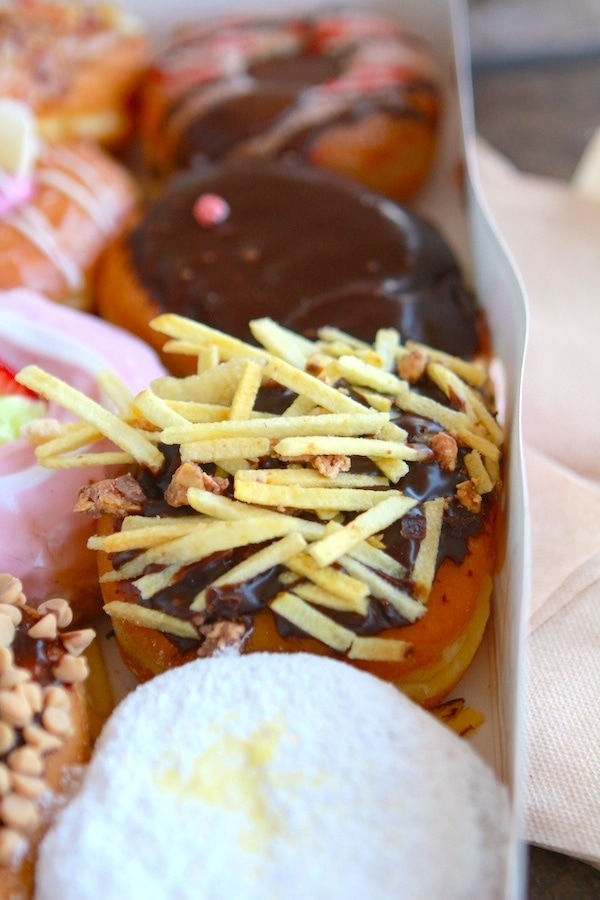 The first donut that drew my attention once we got into the shop was this crazy one! I think it’s called the Stoner donut?! It reminded me of this recipe I make. It was salty, sweet, crunchy and yummy 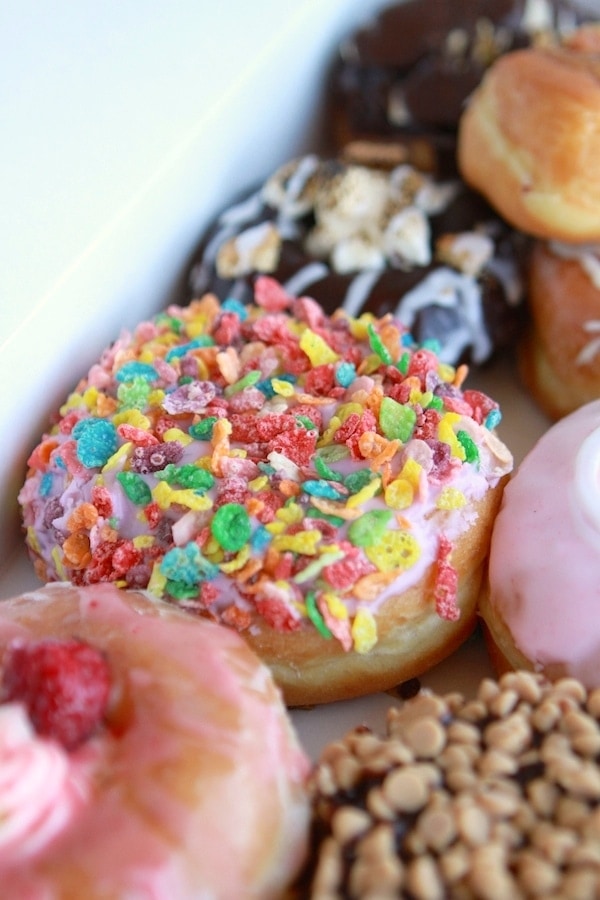 Fruity Pebbles on this donut made it literally one of my favorites….who saw that coming? 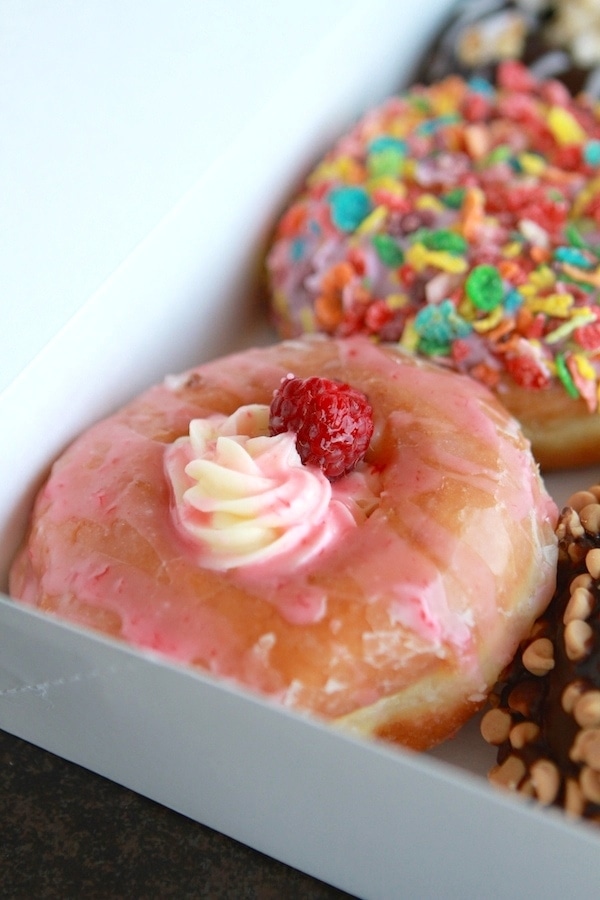 Gord picked this Raspberry Cheesecake donut. It was awesome!! That cream cheese center was divine! 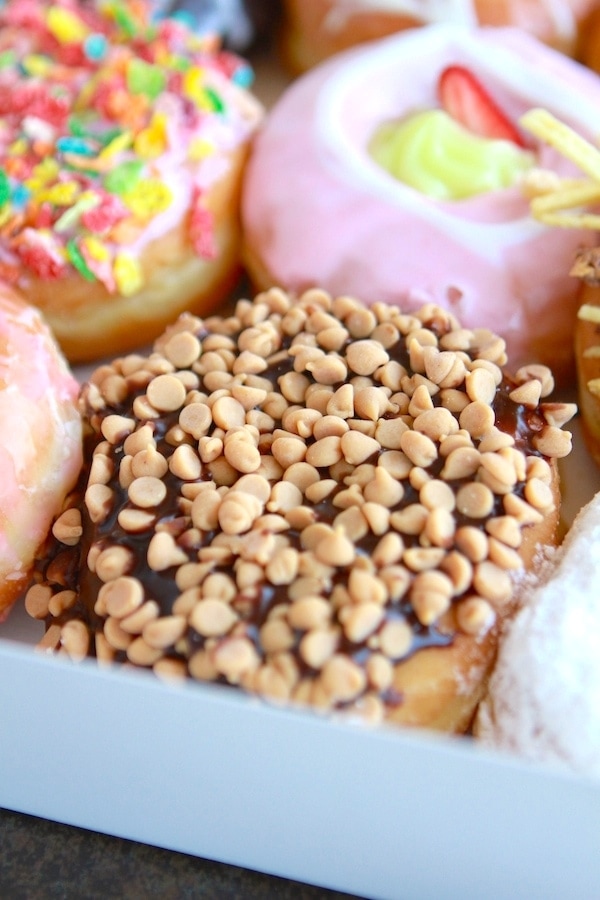 Good, but I’m not a big fan of the jelly-filled kinds. Gordon, however, snarfed this one. 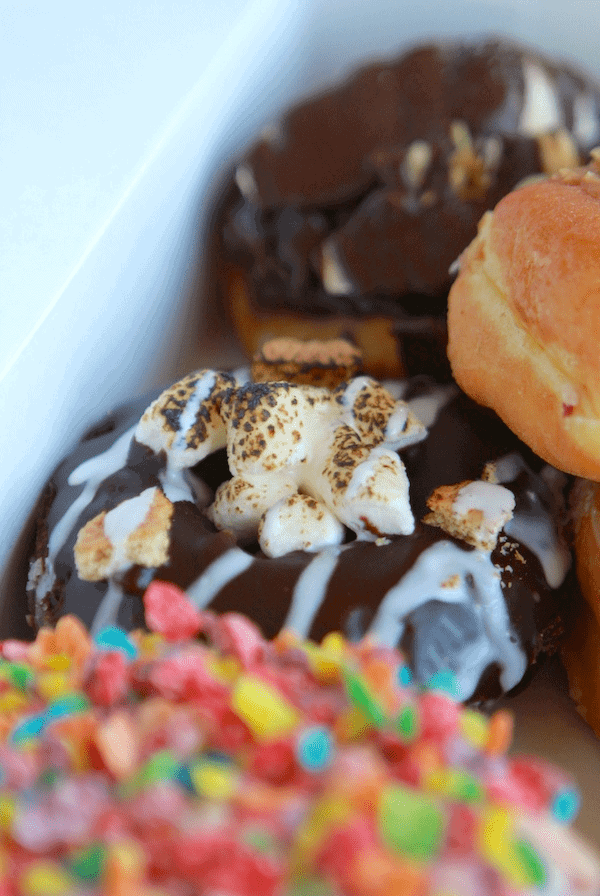 Told you we got some fun flavors!! 🙂 Perfect for summer! 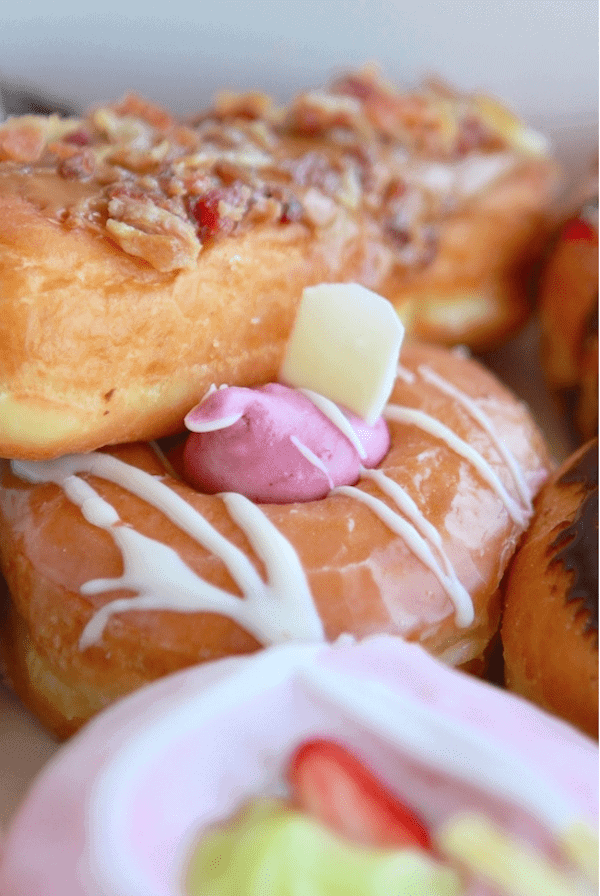 I think this was a blackberry cream cheese white chocolate mousse donut? Something like that. 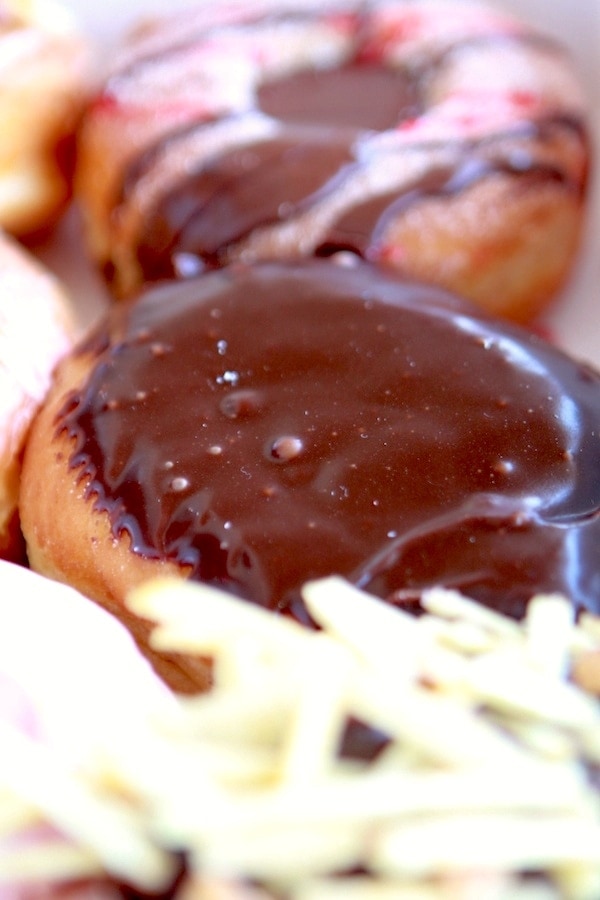 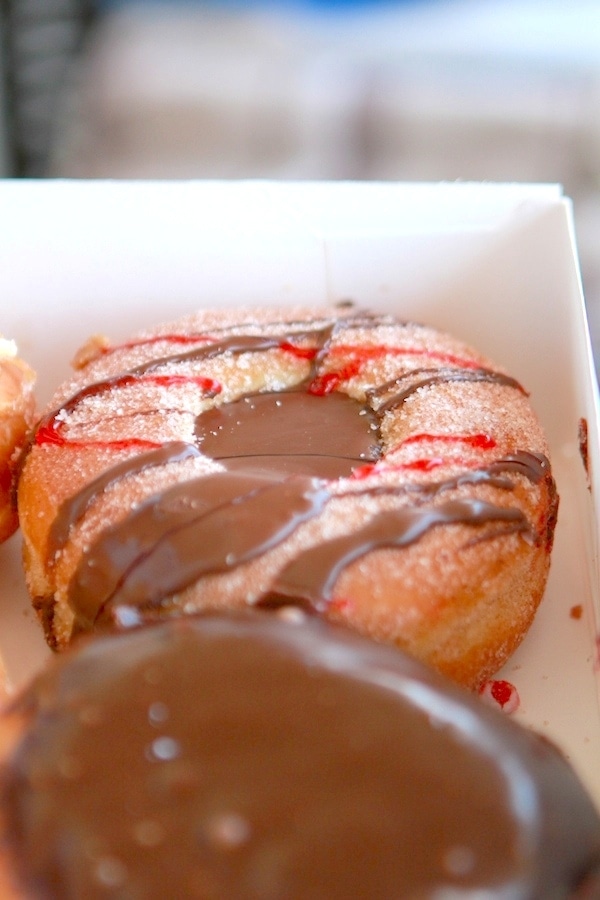 Both Gord and I loved this Chipotle Chocolate donut. Spicy, but still delicious. 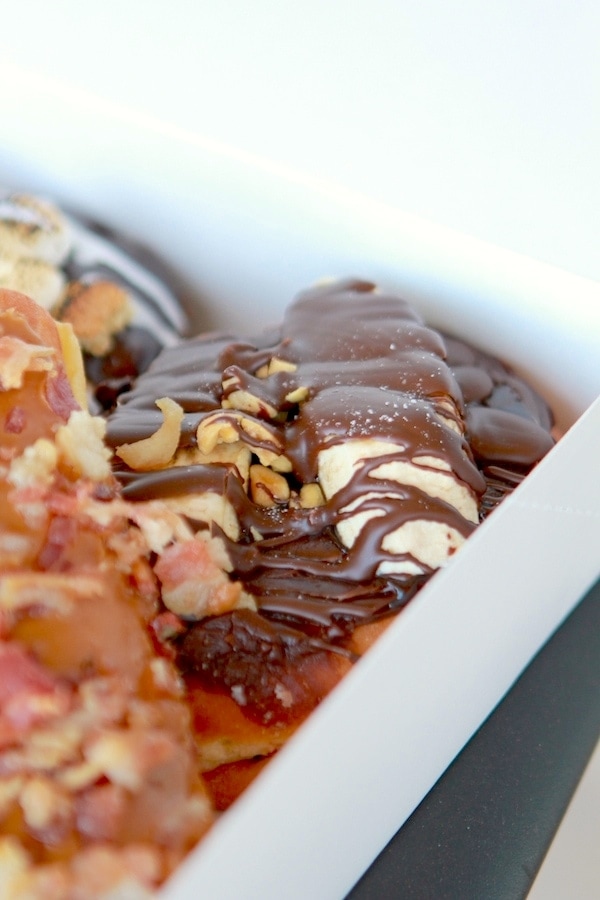 The guy behind the counter sold me on their signature donut….called the mojo donut?! Or monkey donut? It’s a chocolate, peanut butter banana donut. Man, it was tasty!! 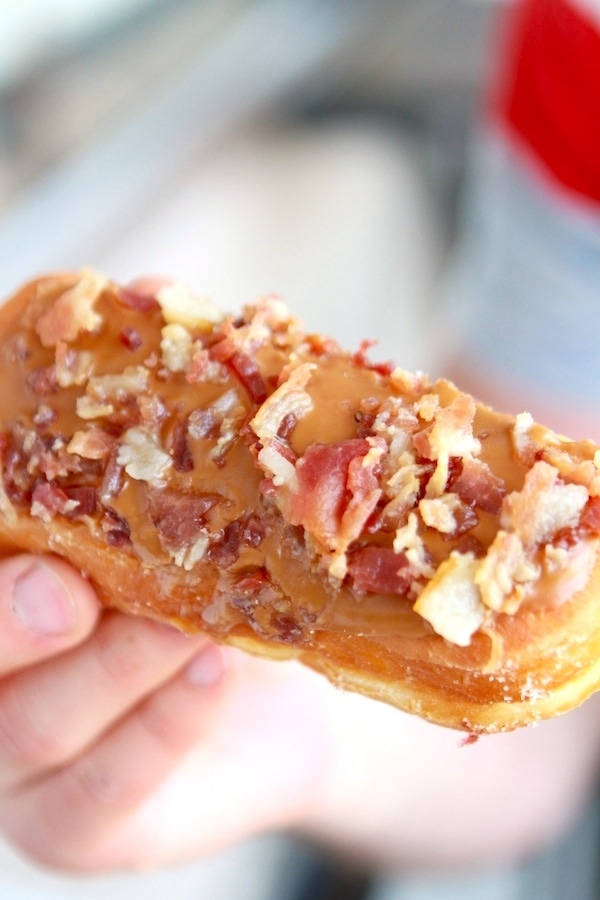 We had to try the maple bacon too. Loved it. Are you seeing a pattern here? 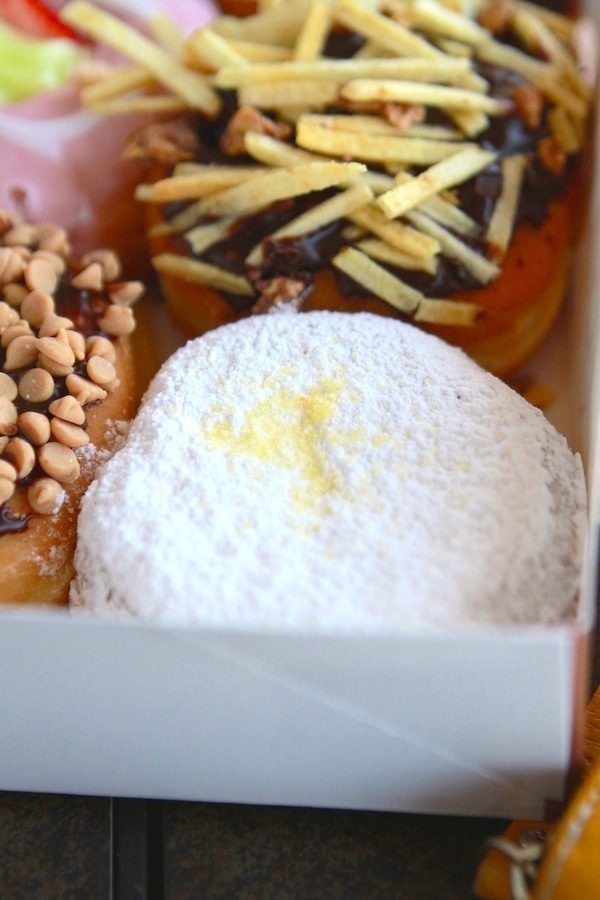 I really liked their lemon donut, but Gord could have done without it. I am obsessed with lemon though, so……… 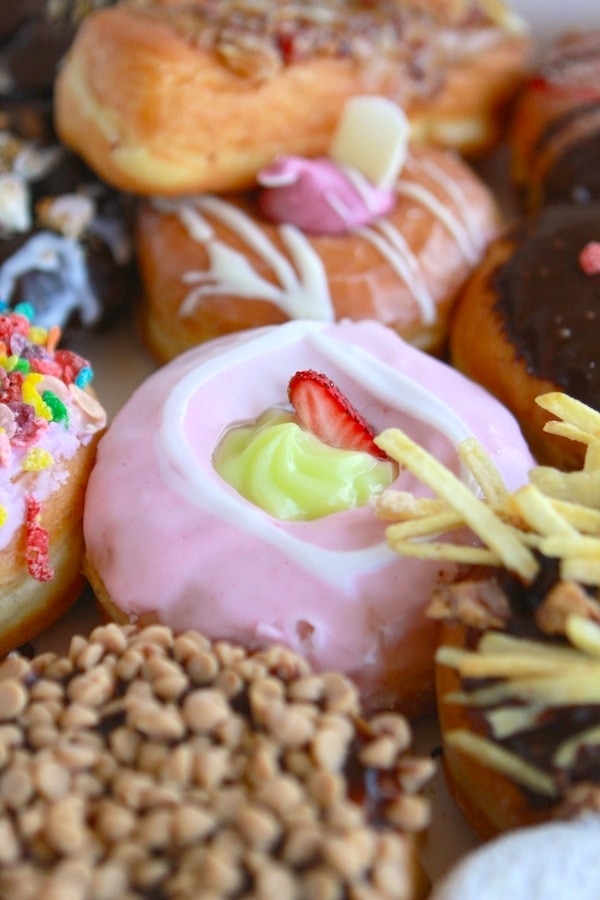 The very favorite of the day? This Strawberry Margarita Donut filled with Key Lime Curd. Maybe it was the hot humid day or the sweet and tangy flavor combinations that won us over. Who knows. This was amazing though.

And thus, solves the mystery of why I gained 2+ pounds on vacation. #oops #sorry #notsorry

If you’re in Miami or thereabouts, be sure to check out Mojo Donuts 🙂 They were so fun and yummy. We pretty much loved them all.