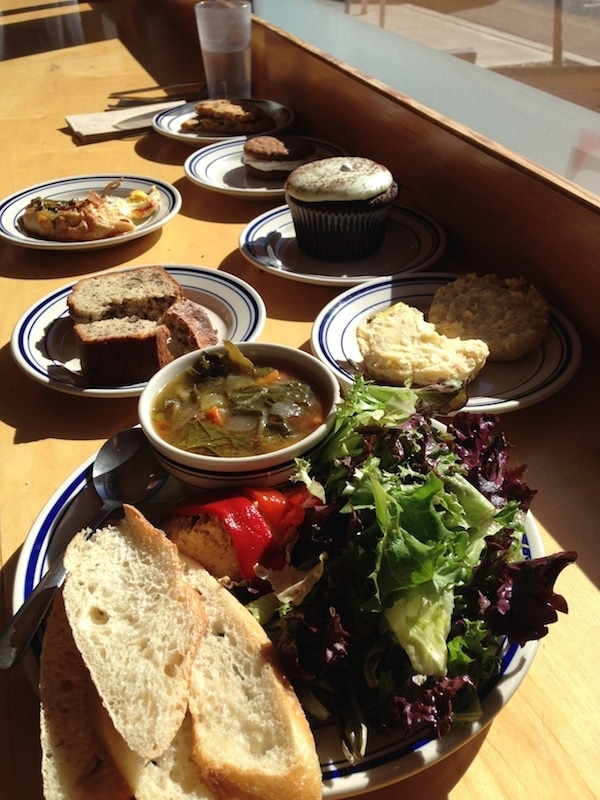 A few weeks ago, my little family and I decided to forget our daily tasks, throw our schedule out the window and head to Hood River for some fun! We visited Gord’s parents, hit up a few bakeries and even stopped off at Multnomah Falls…just cause we wanted to!

For lunch, Gord and I decided to try a cute new spot in town called Pine Street Bakery. It’s on the heights in Hood River and I was overall satisfied with what we ordered. Pretty sure the entire staff thought I was nuts because I kept saying “and I’ll take one of those…and one of those…oh and one of those“ 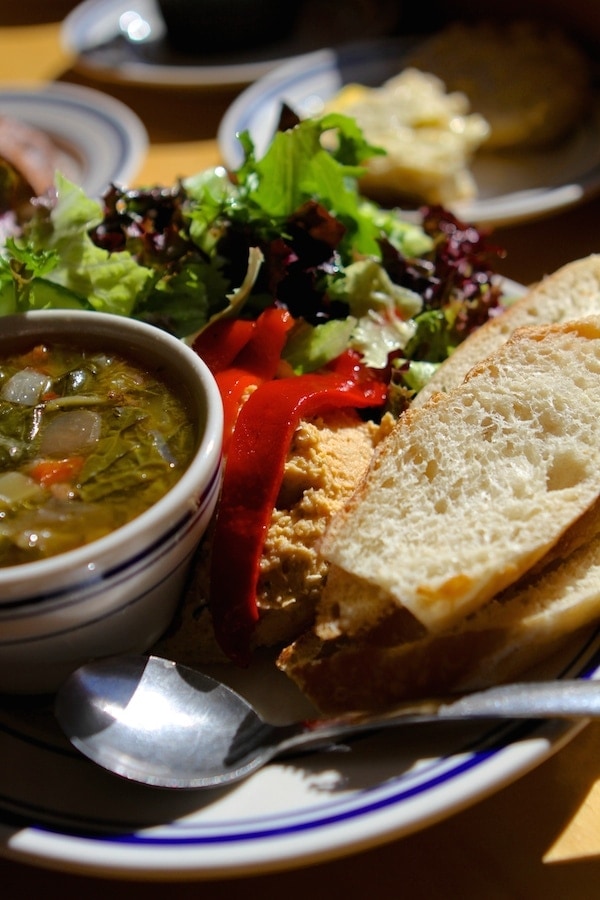 For lunch, I got the hummus plate and soup. I think this soup was cabbage and beef?! Not my idea of delicious when I first think of soup, but it was certainly tasty. But this hummus with the roasted red peppers on top AND the side salad were right up my alley. Very very good. 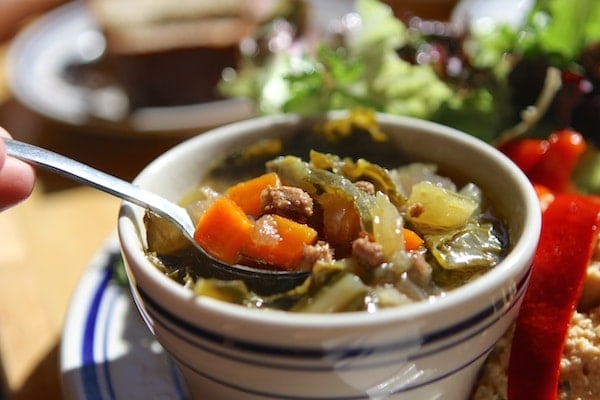 Seriously, this soup was chock full of hearty goodness. Piping hot, so be careful. Don’t burn your tongue like me. 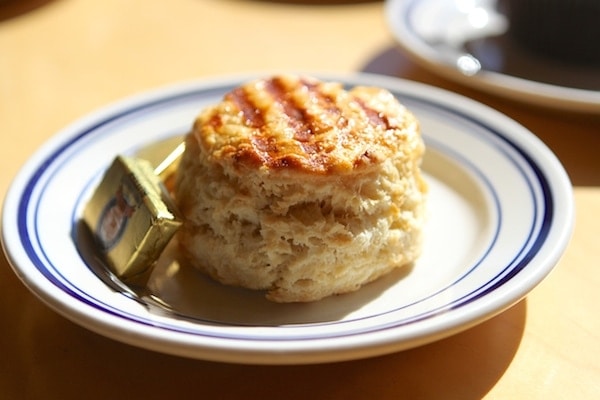 I ordered a biscuit too because it looked divine. I was underwhelmed by it though; it needed salt. 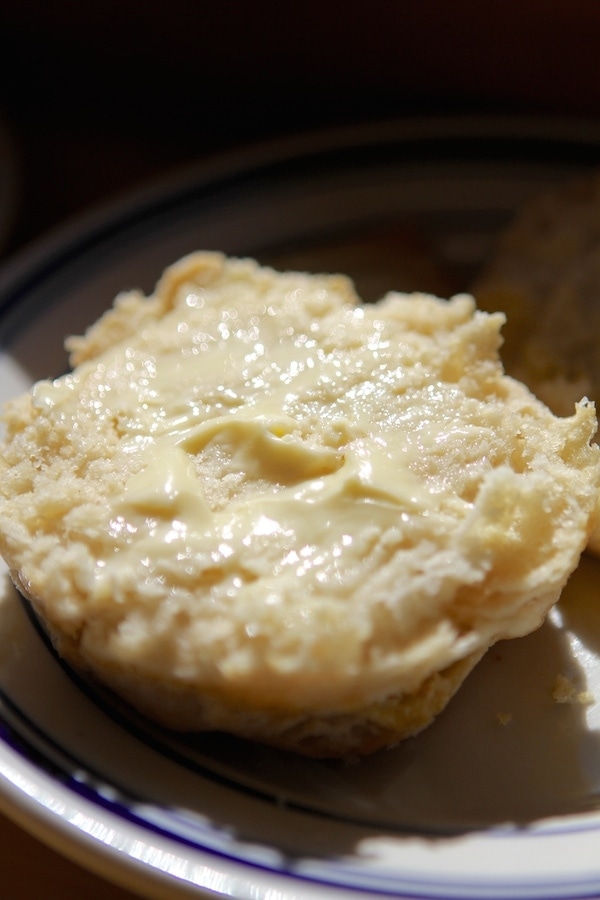 The healthy schmear of butter definitely helped though 😉 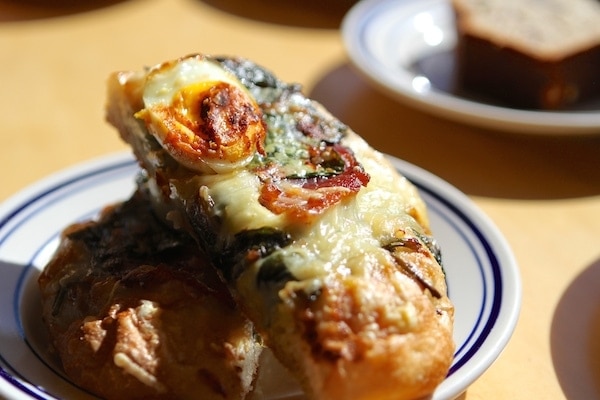 Gord got a breakfast strata; I think is what they called it?! Basically bread topped with lots of breakfast goodies. If you look closely, you can see the hard boiled egg and a slice of bacon. He enjoyed it. I was too busy snarfing down my hummus. 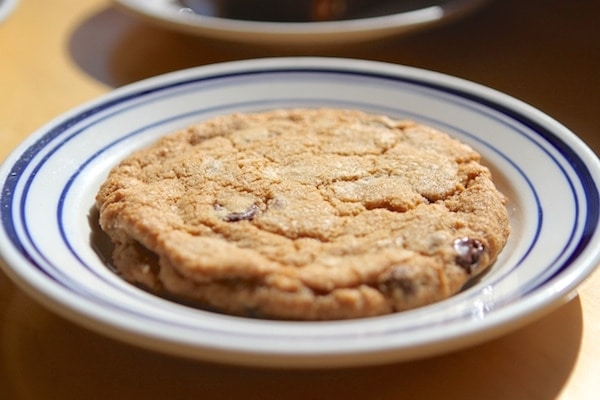 We had to try one of their chocolate chip cookies too! Classic. 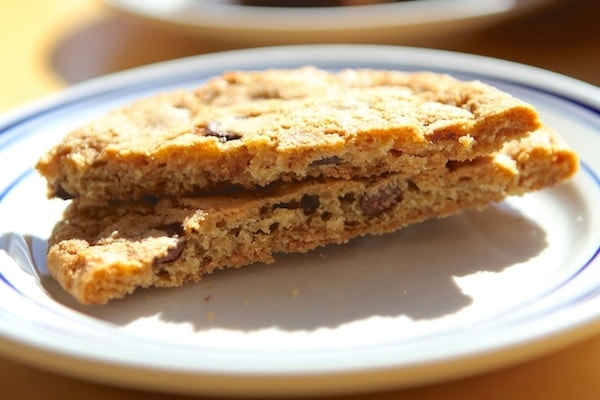 It was so so. I wish it had more chocolate. And was a lot more chewy. Good, but not my favorite. 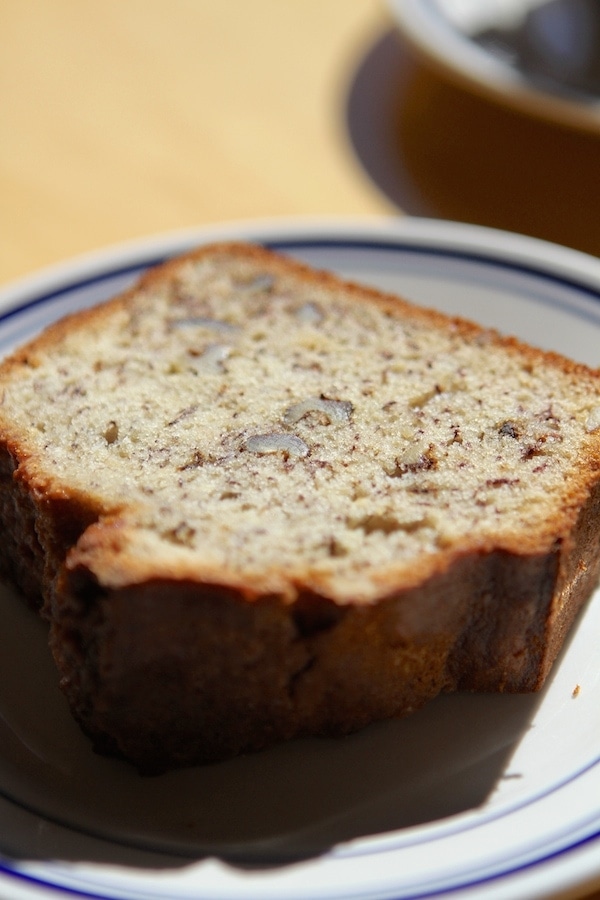 Banana bread was same as the chocolate chip cookie. Good, but not my favorite thing. I could make it better. 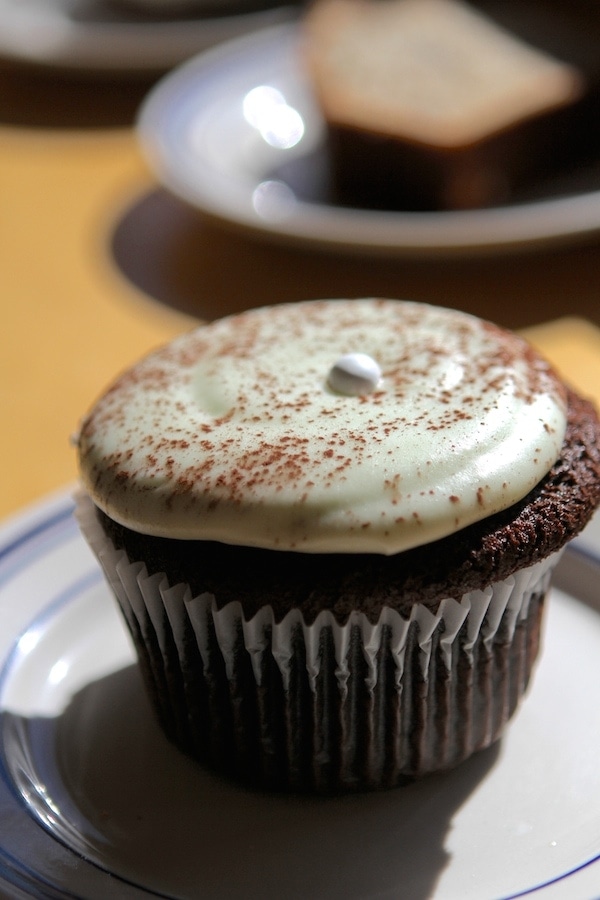 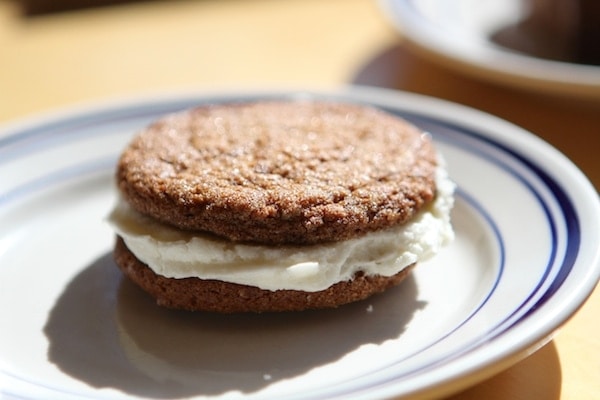 But in my opinion, the star of the show was this ginger sandwich cookie filled with cream cheese frosting. The cookies were perfectly chewy and that frosting was to.die.for. I could have ordered all of what they had left and eaten them all single handedly. They honestly were amazing. If you don’t like ginger, then…..sorry.

Overall, I’d give this place 3.5 stars out of 5. The hummus plate and the ginger cookie sandwiches were the clear winners in my book and that is exactly what I would order if I were to go back again.

If you’d like to try out Pine Street Bakery in Hood River, here are their deets: