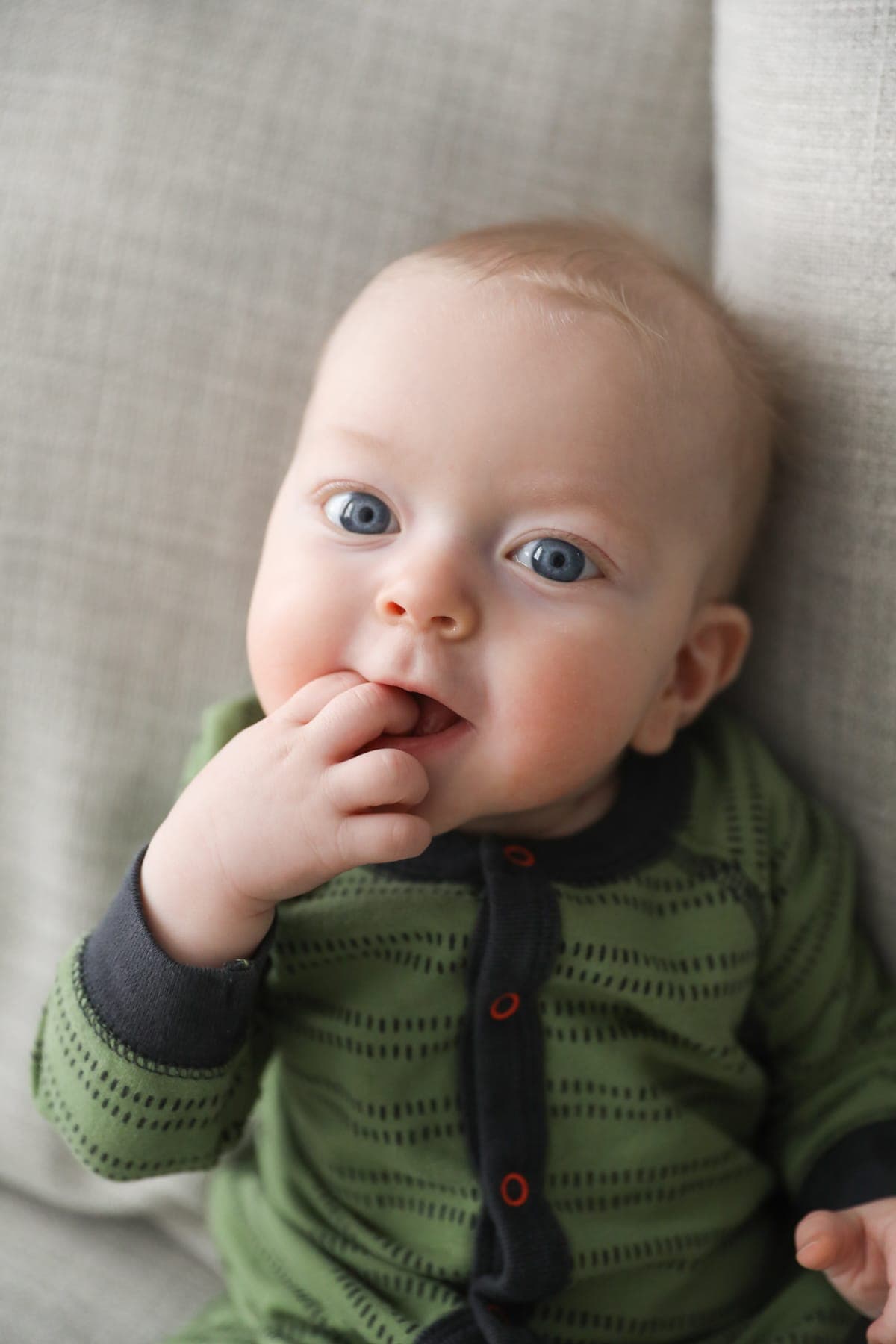 I have been so terrible about documenting our sweet Porter. Fourth child syndrome. MAN are we busy. But, I’m taking the time to write out everything there is to know about Porter James currently at a fresh 5 months. (See his birth story here for the really dreamy newborn photos incase you missed it.)

Ever since Porter was born, he has been the sweetest, calmest, quietest baby. Even when they gave him his first shots in the hospital right after he was born he didn’t even cry! On most days, he is happy just observing the world around him. Sometimes he will babble and talk to himself, but most of the time he’s what they call a strong, silent type. He is a great social smiler, but it takes a lot to get him to laugh. We have yet to get some really good belly laughs out of him, but we think it should be anytime now.

He is still breastfeeding like a champ and we’ve started him on a few solids, as per the recommendation of the pediatrician. His weight gain wasn’t where it should have been at his four month check (though I think their scale was slightly off). He was 13 pounds 12 ounces which I thought was fine buuuut whatever. She recommended giving him some single grain cereals and some fruit or vegetable purees for the extra calories. The recommendation was four months for Brooke and Blake when they were babies, so I felt completely comfortable starting him early and MAN was that a great idea. This kids loves food. Sweet potato and prunes are the current favorites. Absolutely hates rice cereal.

I’m pumping extra to increase my supply since it noticeably went down in one breast after a bout of mastitis, but saving my milk in the freezer is doing no good since Porter WILL NOT take a bottle. We’ve tried three different kinds of bottles with no luck whatsoever. Ideally, I’d like to supplement with a little formula too, just to make sure the calories are there, but he just refuses. If my husband didn’t work so much, I’d leave for the day to get him hungry enough to take a bottle, but alas, my husband always works. For the time being things are fine though, so we’ll see what his weight is looking like the next visit. He feels heavier and by no means is he skinny, so I think we’re on the right track. 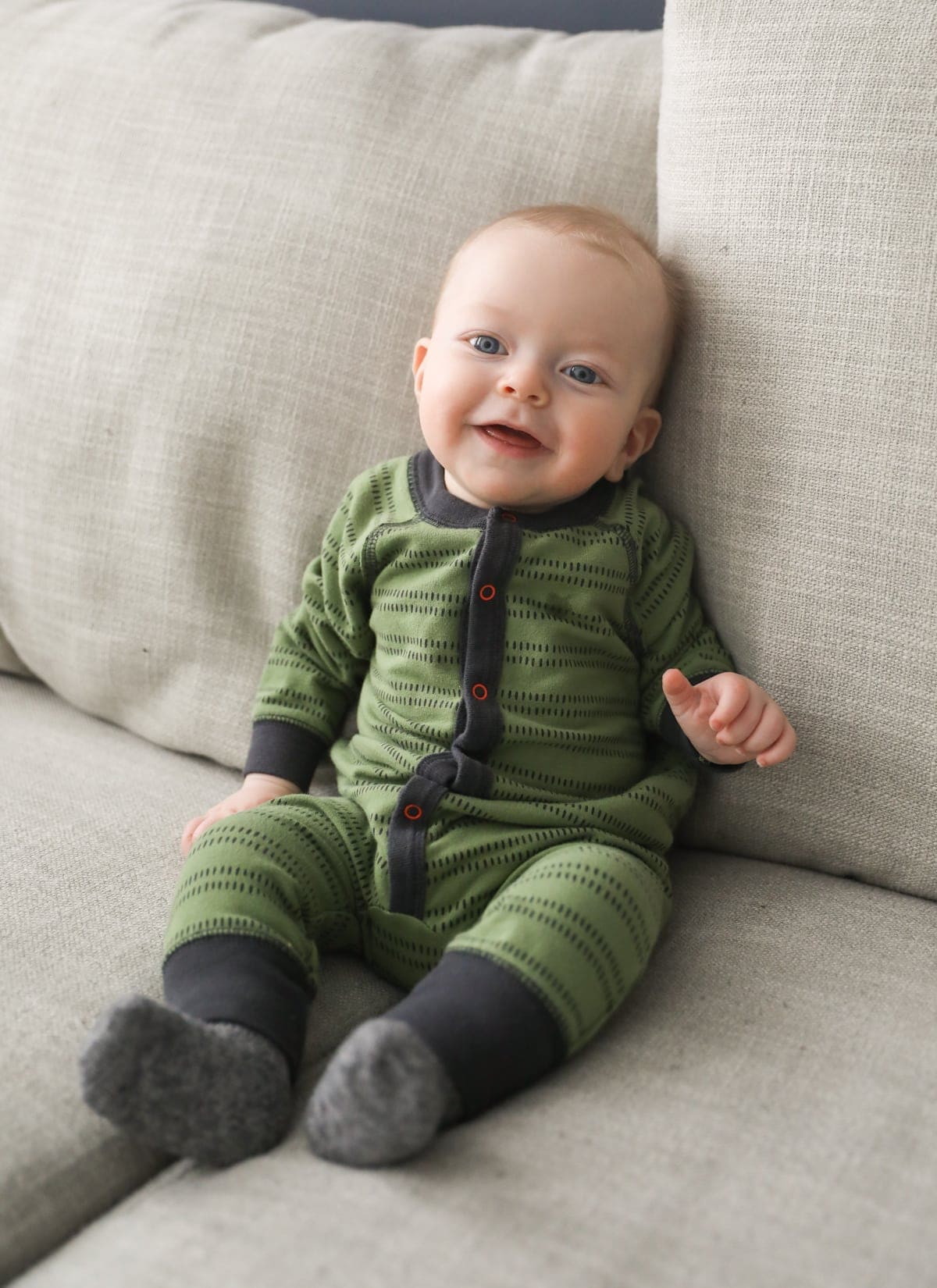 This boy can roll! Sometimes when he’s on his tummy, he forgets that he can and just lays down and whines. Ha! So I have to remind him to roll. He also can jump like a cutest little jumping bean in his jumperoo. He has loved that thing! We are working on getting him to sit up unassisted and I don’t think crawling is too far off either. Maybe a month or two away!

So, for the most part Porter is sleeping through the night pretty consistently! He has three daytime naps which are 2-2 1/2 hours apart from each other with bedtime at 7-7:30. He is pretty much ready for bed at 7, but I can push it out if need be (meaning: other kids need me).  We put him to bed awake in the Merlin’s Magic Sleep Suit with his pacifier and a little lovey (blanket) and he goes right to sleep. As long as I am strict with the times, he is a dream. Not a peep out of him. When we fudge the times a little bit, he gets overtired and needs to cry a little before he can fall asleep.

We have been working at this stricter schedule for two weeks and he is consistently sleeping 7-3 or 4am. He will wake up to babble sometimes for a few minutes, sometimes for an hour (!!!!) but does eventually go back to bed. We give him his pacifier if necessary, but generally he’s getting better and better with practice. Compared to Eddie, I am THRILLED. I can function on this sleep schedule and feel somewhat normal again. It’s a miracle. 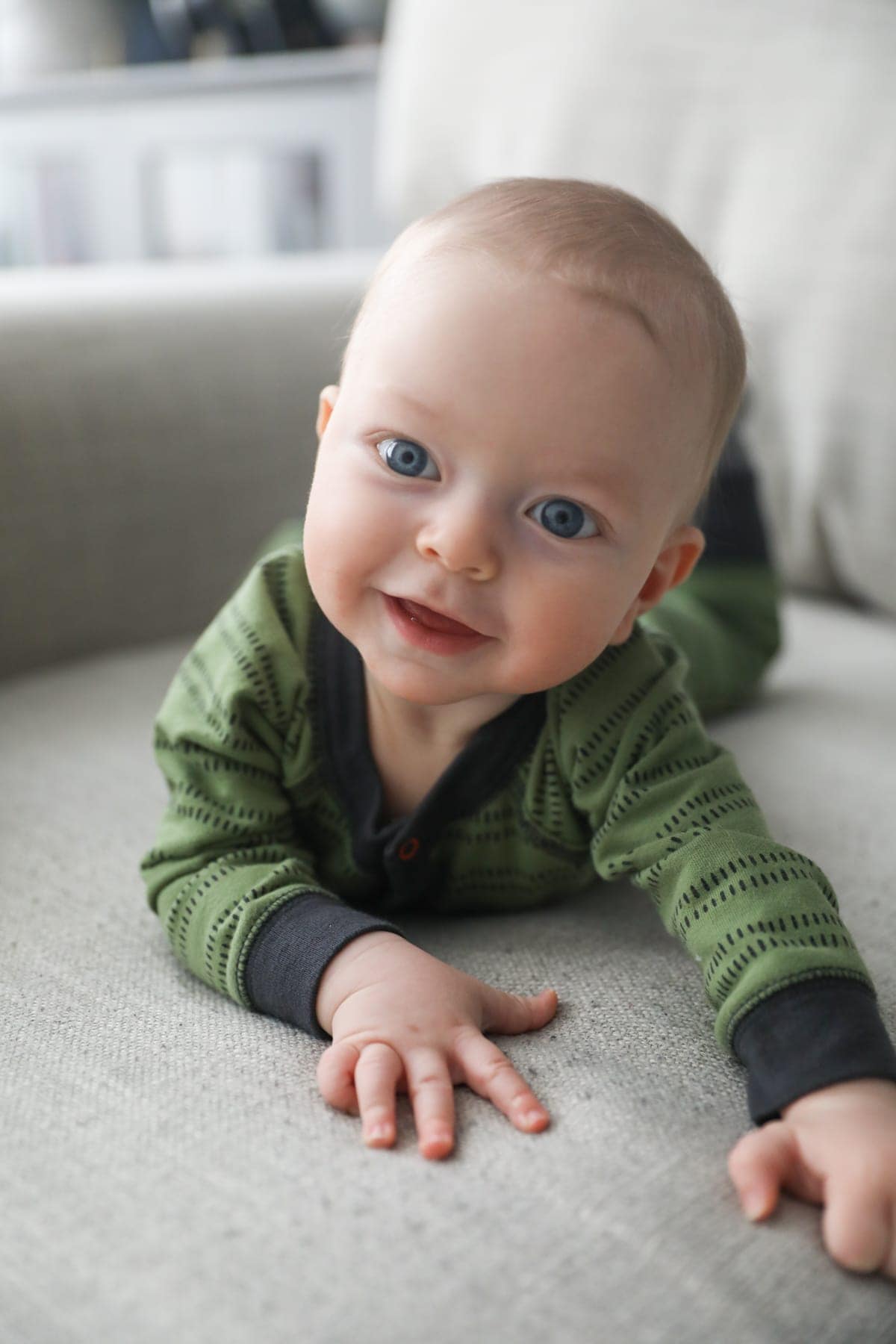 Brooke is still the biggest helper when it comes to getting Porter out of bed or playing with him. She is happy to help which we are thankful for! Blake sometimes wants to hold Porter and just recently started holding him and walking around with him which always makes me nervous, but he has to learn! Eddie loves giving him kisses but doesn’t have any desire to pick him up or hold him. Such is life!

We’ve noticed that at night if Gordon goes into replace the pacifier, he will fall back to sleep much quicker than if I do it. Rascal! So, Gordon is on baby duty (and I am secretly thrilled).

I am in the market for a high chair for this boy and am so excited to have him at the table with us as we eat! I feed him half a pouch of purees around 6pm when we are eating dinner (though he could definitely eat more!) then breastfeed him at 6:45ish to prepare him for bed, then do the bedtime routine and have him down for the night at 7. It’s a great little routine and most nights he is thrilled to get laid down because of how tired he is.

Everyone comments on how big and blue his eyes are and how good of a baby he is. We have taken several flights with him and had lots of people saying they had no idea a baby was on the plane because of how quiet he was. And, I just expected no less because that’s Porter. He’s just a good baby and for that we are grateful.

I’ve mentioned this before, but I prayed my entire pregnancy for a good baby that would sleep. I can handle all the daytime stuff and household chores four kids bring no problem AS LONG AS I’m getting sleep. The first few months after he was born were a huge adjustment (naturally) but now that I’m being a little stricter with his schedule, sleep for everyone has gotten better and I expect it to continue to get better the older he gets.

Basically, I’m so glad he’s such a good baby, but I’m also so glad that I have the experience of three previous babies under my belt. It has made a calmer parent and has made me realize what is most important and what is water under the bridge.

So, hooray for Porter. We are so glad he is ours. 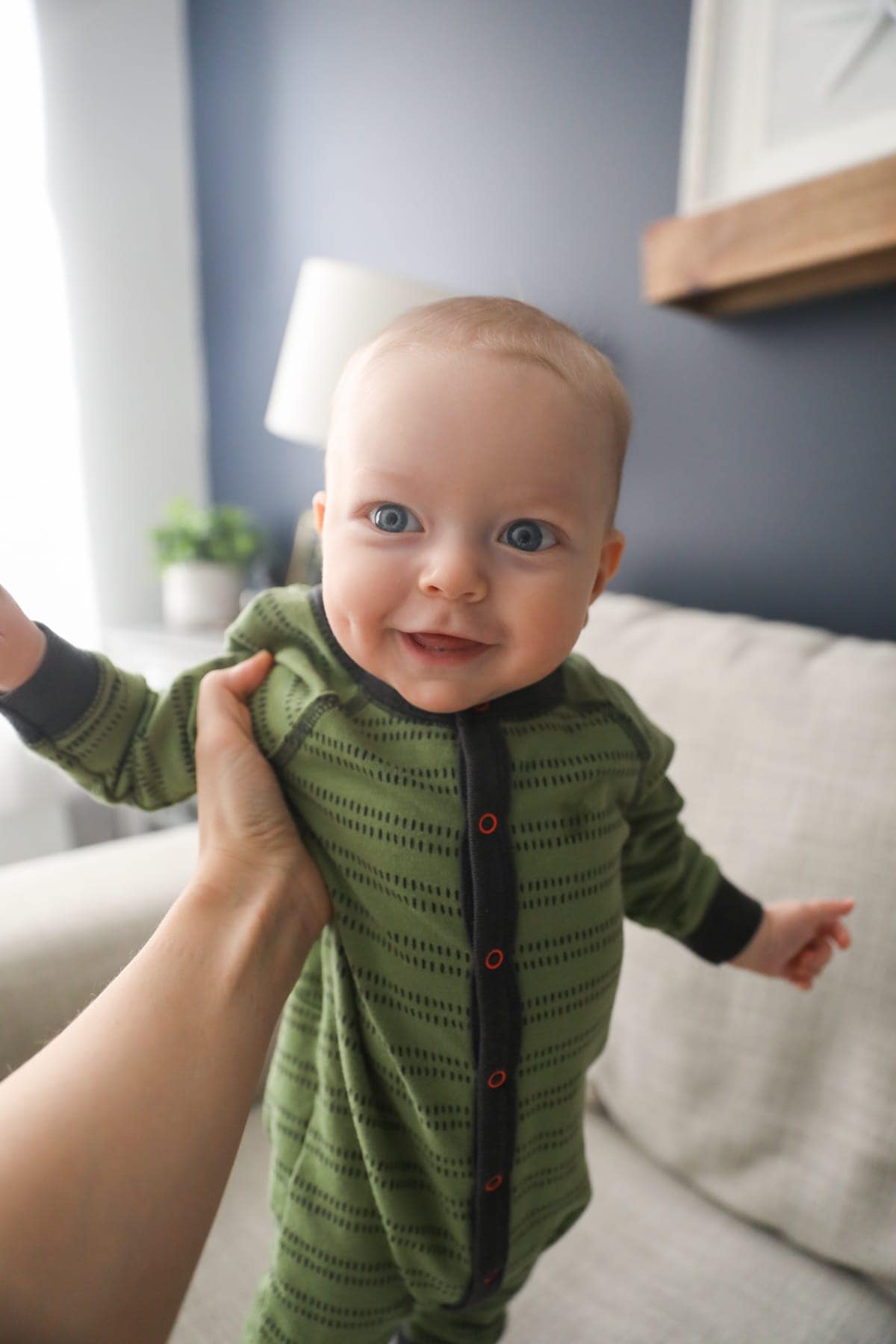