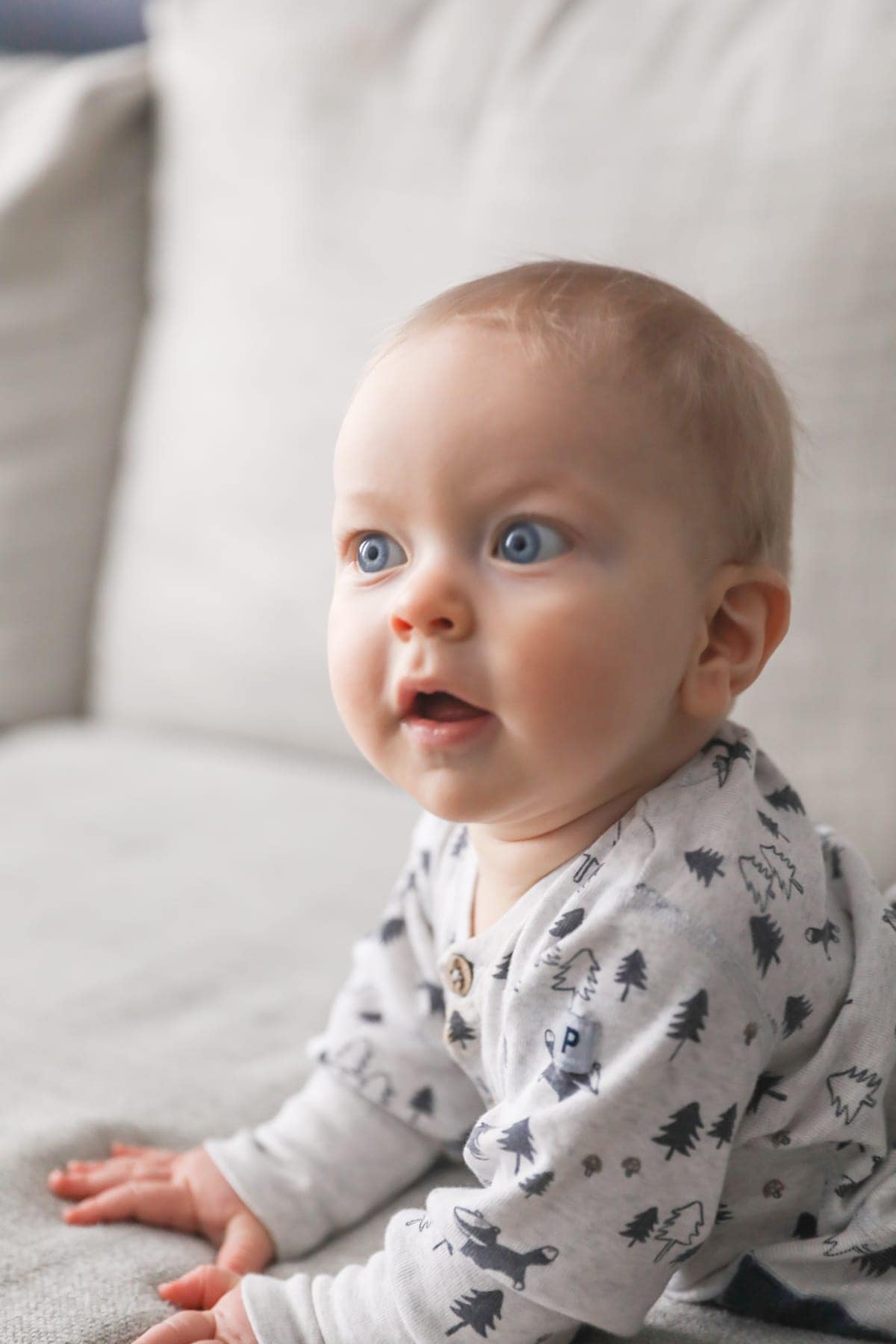 This little love bug has been in our family for 8 months and while a part of me thinks time is standing still, I look that this baby and he seems to be not much of a baby any more! He is learning and growing so much and becoming so so much fun! We adore sweet Porter and he never fails to make everyone smile and laugh every.single.day. This little guy was sent to us at just the right time!

Generally, Porter will eat anything but when he hates something he absolutely HATES it and will let us know! Ever since we had that meeting with the gastroenterologist who gave us all the guidelines for serving up different high calorie foods, nothing (besides chocolate, milk and sugar) have been off limits. Here are his favorites:

He still takes formula in a bottle and doesn’t mind it at all anymore. The gastroenterologist told us to aim for 16 oz per day, but sometimes he just has no interest. I think he’s rather eat his calories than drink! (Me too, bud. Me too.) We can usually get him to take 10 oz. a day no problem. 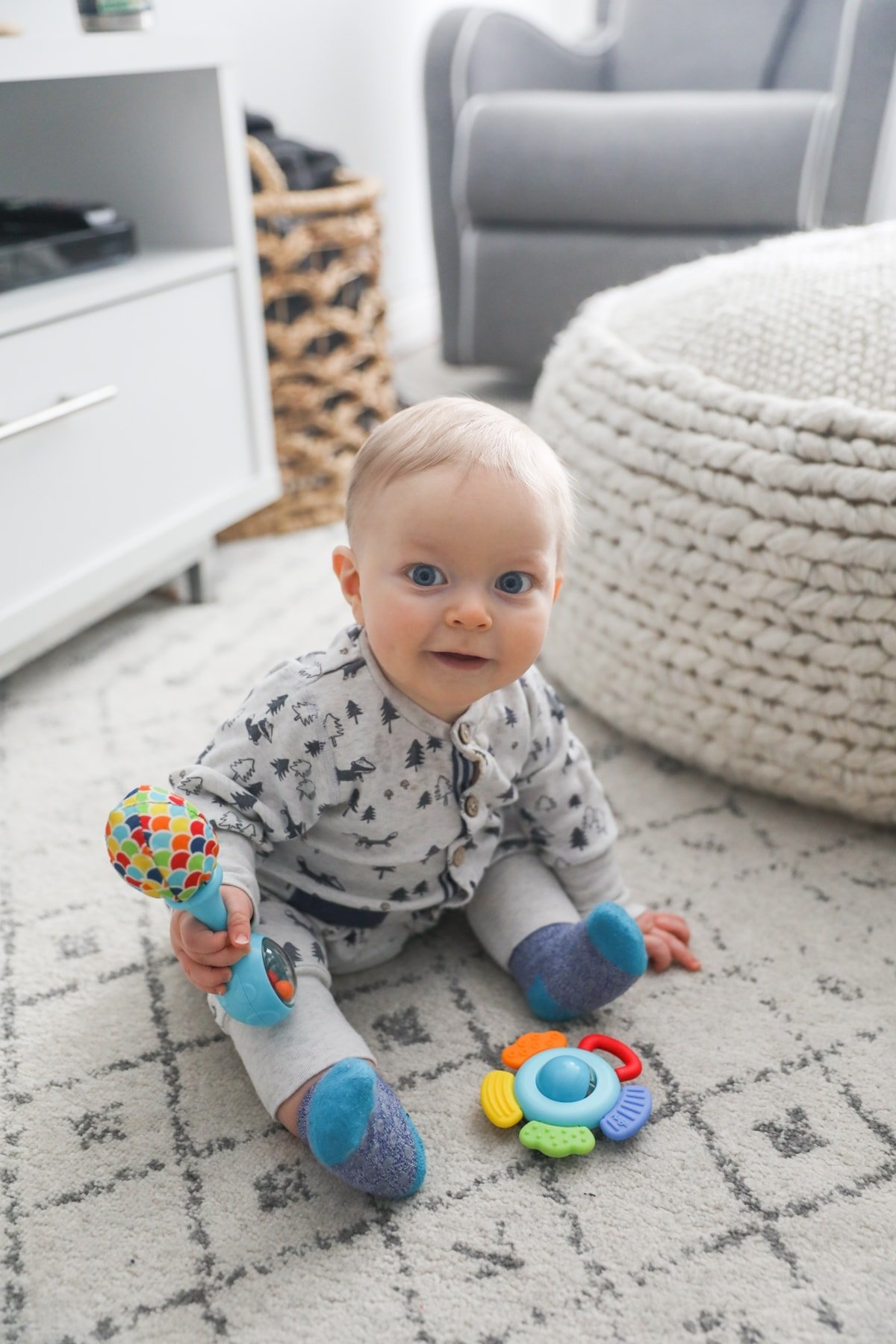 We have been so lucky to have Porter consistently sleeping through the night. For at least the last month, he’s been sleeping 10-12 hours per night and its been glorious! His bedtime is usually between 7 and 7:30 and he will sleep until about 6am the next morning. It’s wonderful for this homeschooling, working from home mama! I love a consistent baby. Blake was this way and it was so nice.

Porter still takes two naps per day, one morning nap at around 9am and another one around 1pm. Both naps combined, he sleeps about three hours. The morning nap is usually shorter than the afternoon nap. We try to have him awake by 4 so he’s nice and tired for bed by 7. I’m sure in the next month or two, we’ll be down to one long afternoon nap. 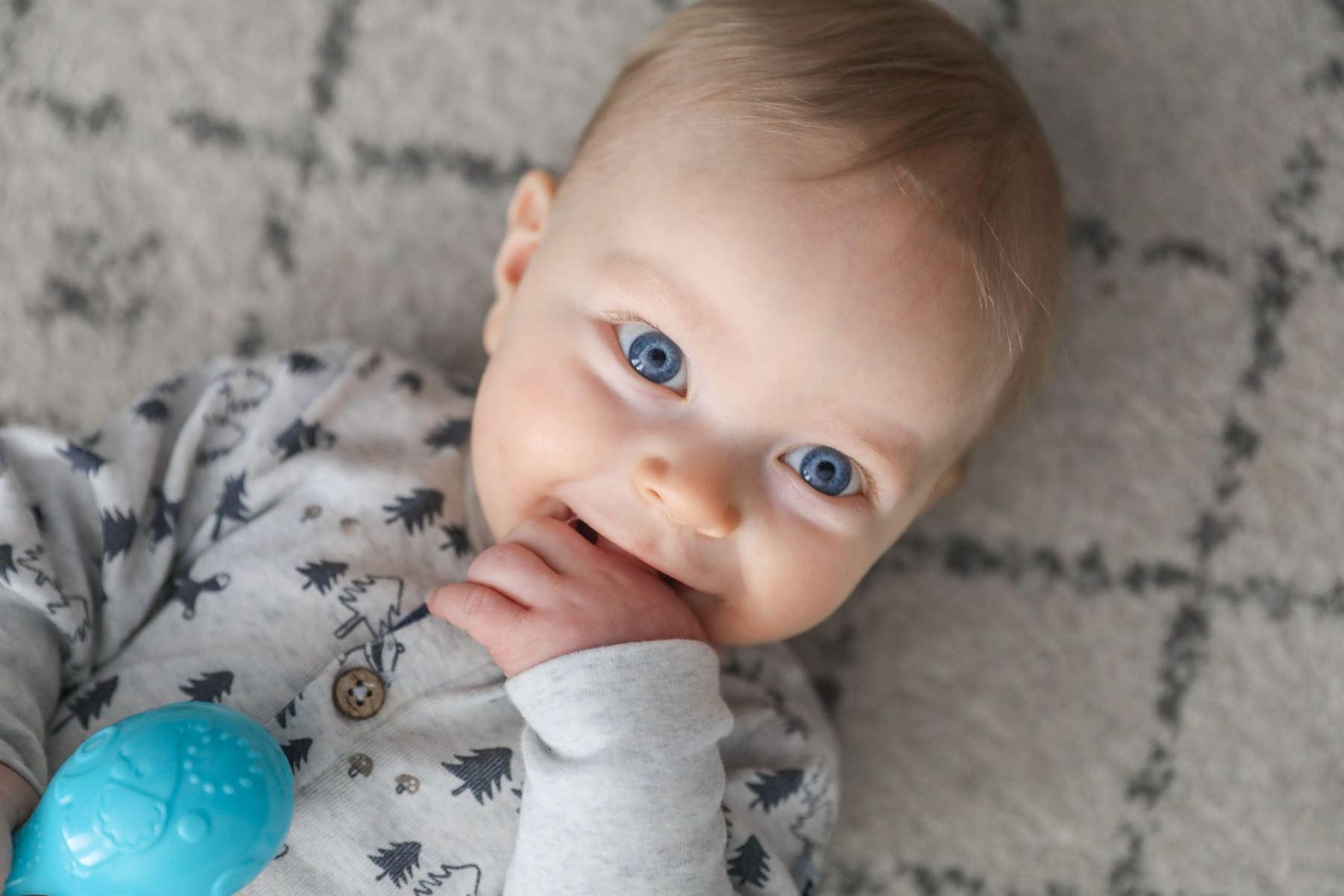 Porter has been getting ready to crawl and while he’s not crawling quite yet, we think he’s close. But who knows! Porter can wave, clap, sit up unassisted, roll any which way, scoot on his belly and get up on his knees, though no attempt at official crawling quite yet. He can babble and say ‘dadada’ and I’m even heard a “bababa” but still waiting on that mama sound. He also thinks it’s hilarious to gargle with his saliva. He doesn’t give us a ton of belly laughs, but when he does it’s pretty sweet. He is a ticklish boy and that is usually what does the trick. Gordon is also trying to teach him how to kiss, but isn’t quite there yet. 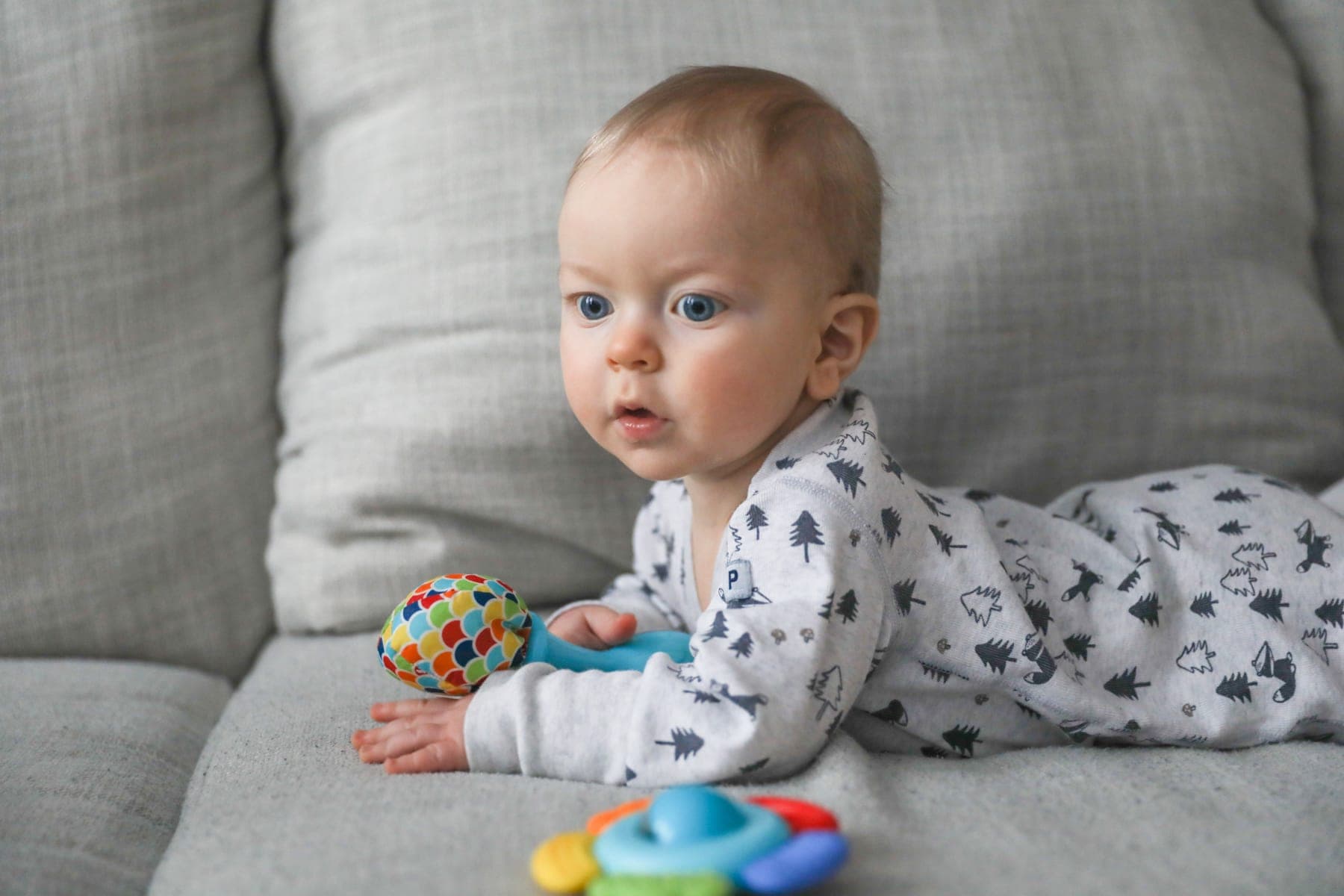 What a blessing Porter has been to our family! Most days, he is content just to be alive. He doesn’t fuss about anything, but when he does, you know something must be wrong because he usually is always happy. He really is the sweetest little angel who loves coming along for the ride, which as the fourth sibling is a good quality to have. Ha!

We love you Porter! Can’t wait to watch you grow!