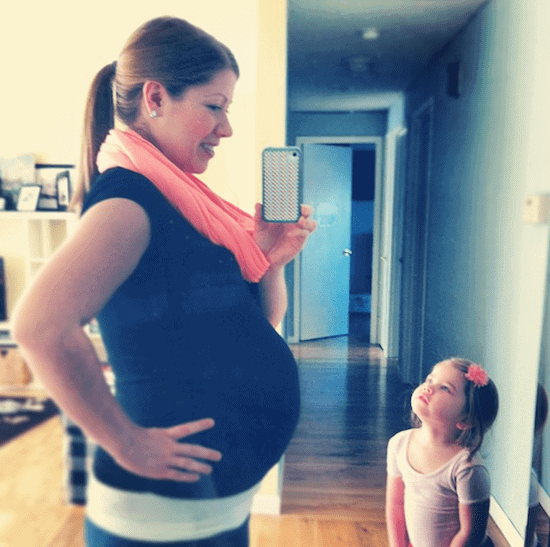 Would you guys stop reading if I just started singing Justin Bieber? I guess we’ll see….

I cannot get this song out of my head…probably because I have a baby cookin’ away in my oven! #damnyoujustinbieber #Isecretlyloveyou

Things are getting large, puffy and squishy in here, let me tell you! Yikes.

I’ve been struggling to get rid of this cough I talked about in my last baby update post. Just when I think I’m starting to get better, I start feeling worse. At my appointment on Tuesday, my doctor prescribed a Z-pack for me. Still have the cough….so time will only tell if this is bacterial or viral.

I have a hunch that this is just a string of viral infections. My body’s immunity is already weak and then I happen to come in contact with a new group of evil devilish viruses that are like “hey guys, I found a weak place we can set up shop!” thus making me sicker. I bet that’s what it is considering the medicine I take doesn’t work AT ALL. You should see my medicine cabinet, ya’ll! It’s full to the brim.

Besides that, I’ve been feeling great–pregnancy wise. Baby is moving, growing, kicking, shifting and is as just as uncomfortable as me!

My measurements are right on for delivering on the 29th, so that’s what I’m planning on. Still about 10 pounds lighter than I was last pregnancy, but feel smaller because I’m in smaller sized clothing. Don’t be fooled. I’m just talking about my lower half. My belly is super large and I’m seriously having trouble moving, bending, breathing and all that good stuff. Basically everything but my belly is smaller than it was last time, but still big. Does that make sense? GREAT.

-I’m dilated to almost 2 cm, 60% effaced with the head locked and loaded in my pelvis. Yes, it’s as comfortable as it sounds. When the doctor was checking me he was trying to move the baby’s head and was like “yeah, THAT’s not moving at all“. So, the head is station at +2.

-These stats are misleading because I was fully effaced at 3 cm with Brooke the first time around for 3 weeks and she came on her due date. I fully expect this baby to take his sweet time.

-No stretch marks on my belly!! Hurray for good genes. Ernhofer women were meant to birth babies {as my mother would say}.

-I told my husband I didn’t have any stretch marks and he was like “that can’t be possible” and then spent the next 15 minutes examining my entire midsection. Guess who won that battle? Seriously, boys are so stupid. #toldyaso

-I feel contractions from time to time…nothing to write home about. Also feel those menstrual cramps too a bunch…except they’re baby cramps?!

-A lot of people are asking me when I’m due which can only mean {1} I look like I’m ready to be done being pregnant or {2} am just HUGE. I assume it is both of these.

I think that’s about it for now…

-Do you know people who are as miserable as I am who’ve been sick for 3+ weeks with a cough? Please say yes.

-I’ve been looking into apps for pregnancy and such. My friends started something called Preggo Pager that I need to sign up for. Check it out 🙂 Basically, it sets you up to send out mass texts to friends and family to update them on the pregnancy and delivery so you don’t have to call a zillion people. {There really are a zillion people in our families combined.} Also on my phone is the Contraction Master. Can’t wait to use that little gem 🙂

-By the same people as Contraction Master is the Nursing Master. I’ll be getting this one a little later on cause it’s cool and I think I’d use it. Also, I’m a forgetful spaz.

What apps do you use? Pregnancy, labor, delivery, new baby, etc. Let me know which ones are the best! Thanks!