For you true die hards, you’ve probably noticed my new posting schedule. Mondays and Wednesdays will for sure be new or updated recipes. Friday’s will be either a travel post, another food post or something else fun if I can swing it. And I’m still trying to find a good day to post this family update post that I can consistently keep, but this is the post that keeps toggling through the different days of the week. I tried to post this yesterday, but I fell asleep right at 8pm. Oh pregnancy. So thanks for sticking with me though this weird transition time. We’ll find a home for this post real soon. So, this is about 11 days worth of recap 🙂

Oh happy day, we are finally putting things on the walls in the apartment! Just a few curtains and picture frames in the dining room for now until our couch arrives at the end of the month. Then we’ll be fully settled! (I think)

We did our taxes. Wheee! Actually, we got all our tax information back from our accountant and signed all the papers and paid all the monies. Feels good to send that all off in the mail and brace yourself for a whole new year. Ha! I once had a reader ask me if I even paid taxes. I have no idea why she thought I didn’t pay taxes, but we most definitely do!

Last week, Eddie got the stomach flu. Blech. He woke up at 3am all covered in throw up not really knowing what to do. Thankfully, he shares a room with Blake and Blake came into our room saying “Eddie won’t stop crying” not realizing that he was sick. So I was the initial parent on the scene and just walking into the room and using the magical sense of smell, I could tell right away why he was crying. I sent trusty Blake back to our room to wake up Gordon and the both of us cleaned up Eddie, the sheets and the room. We moved him to a few towel-covered couch cushions on our floor and he woke up every hour on the hour throwing up until about 6am. Gordon didn’t have a whole lot going on at work so he was able to take a sick day, thankfully. After getting the older two off to school, we were able to rest and take care of our little guy. This bug lasted a total of 48 hours and didn’t move on to any other person in the family which I’m forever grateful for. Blake and Brooke did end up with sore tummies but no one was throwing up. Who’s to say it was the same bug, but we’re grateful the puke was limited to one child.

Last Wednesday, Gordon and I finally saw Jerry Seinfeld and man was it well worth the wait. I bought the tickets in November as a Christmas gift for Gordon in December. And then we had to wait all the way until April to see him, but it was great! I wasn’t quite sure what to expect with his stand up routine, but it was a million times better than that 30 second stand up routine he does at the beginning of every Seinfeld show. I know there are more Seinfeld shows closer to the end of the year if you’re in New York and want something to do. It was just at the Beacon Theatre on the Upper West Side, so a quick walk for us. 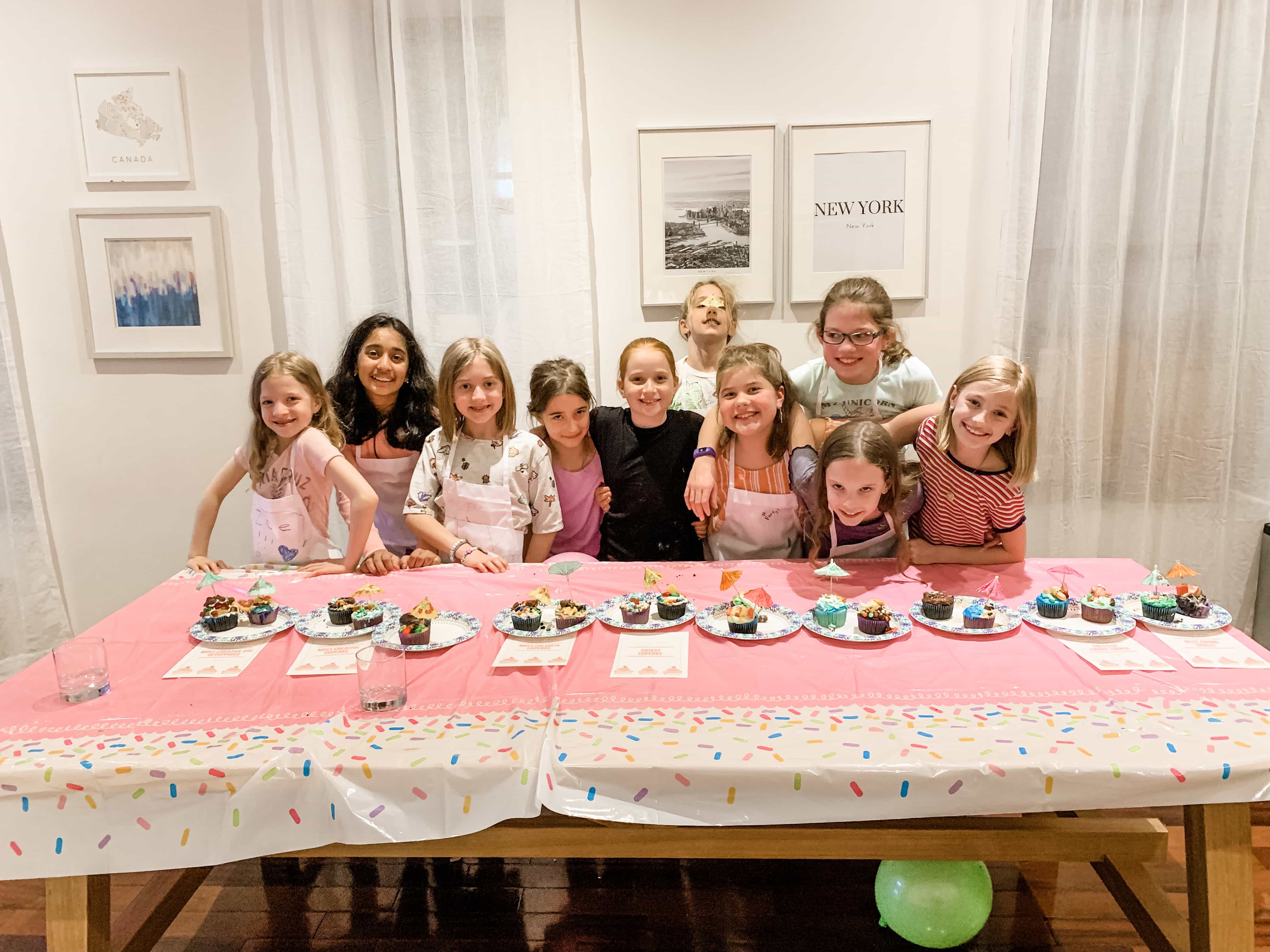 Brooke had a belated birthday party! So thrilled that it was just at our apartment and felt completely suburban. We came up with a cupcake wars theme and it was perfect! Decorated aprons and then each girl decorated and filled a chocolate and vanilla cupcake and we all voted on our favorites. I’ll probably end up doing a whole blog post about this party because of how fun (and easy) it was, but so thrilled that Brooke finally got to celebrate with her friends.

Got another date night in on Saturday night and went to an Italian restaurant called Tarallucci e Vino. There are several locations in the city and we just happened to be walking by one when we popped in for appetizers. Man oh man is their cheese board good! We picked three cheeses from their menu and all three were delicious. There wasn’t one I loved more than the other because they were all so good. Gordon’s favorite was the blue cheese, but I loved them all! I’m going to head to a cheese store and hopefully hunt these guys down because they were amazing with toasted walnuts and honey. Here is the name of the cheeses incase you’re in the market: Gorgonzola Piccante, Robiola di Bosco, Ubriaco al Prosecco.

I also got Gordon on board with Amorino! Incase you don’t know what that is, it’s amazing gelato!! I first had it in Paris when I was pregnant with Eddie and was so excited to find several locations in Manhattan. The hazelnut and pistachio are my two favorite flavors. Gordon prefers chocolate and only chocolate.

Spring is finally starting to show up with a little more consistency. Hallelujah. Still have cold and rainy days, but much better than snow and temperatures in the 20’s and 30’s. Maybe at some point I’ll move to Arizona and just be warm all the time, but for the time being, I’ll take every warm spring day April can muster.

On Saturday, Brooke had her belated cupcake wars birthday party and it was a big success. It was only two hours long, but man was I tired when they left. Haha! So glad Brooke has her little group of friends that all get along with each other. So thankful for that. Also thankful she’s my only daughter. Haha!

Speaking of birthdays, Blake had his school birthday party celebration this past week too! I was able to bring mini cupcakes for his classmates and they all sang to him. It was a little early (his birthday is at the end of the month) so I guess we are celebrating all month long! 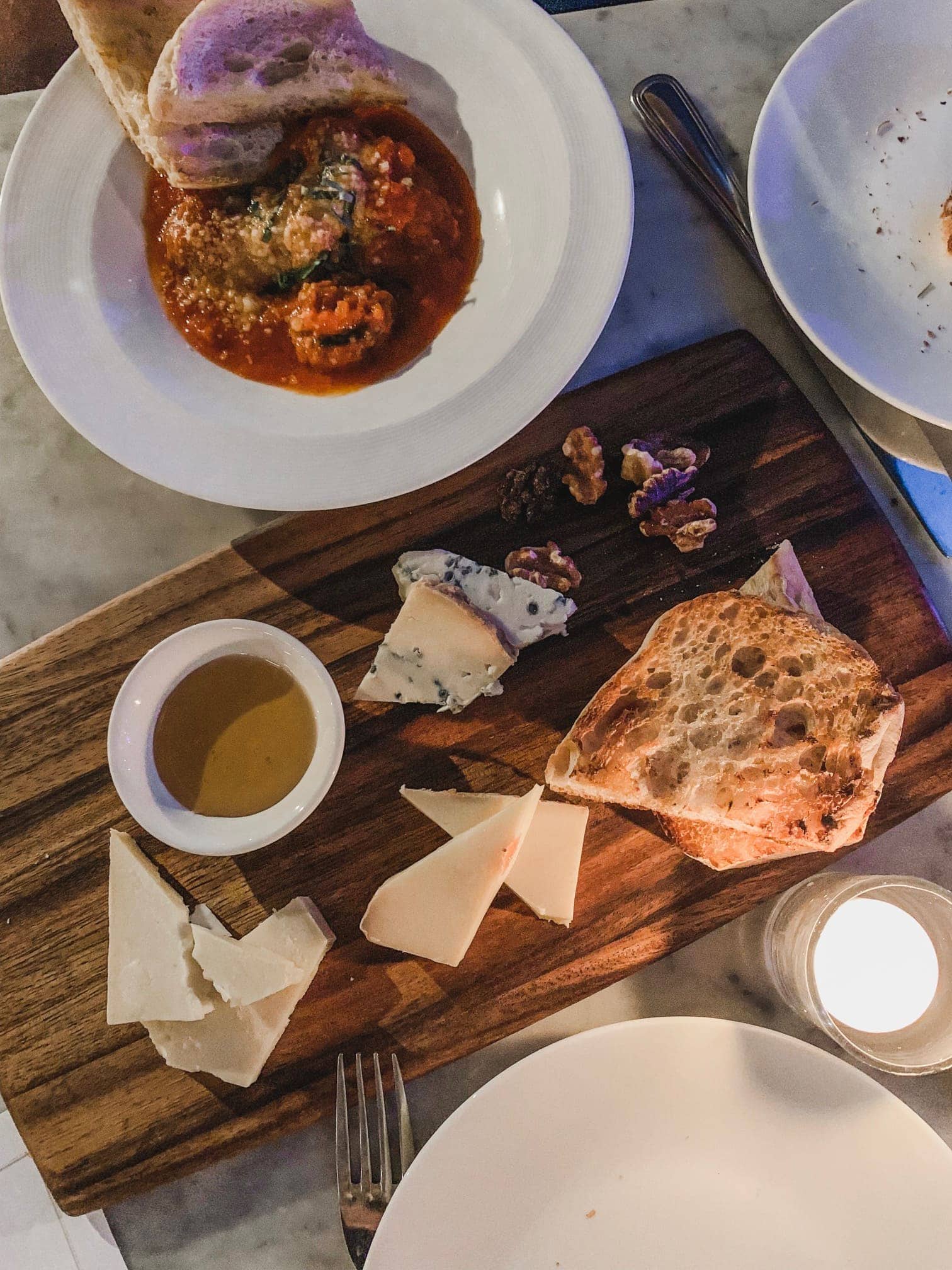 I think the biggest news is that we are flying out to Oregon for Easter! We decided last minute to go and still don’t realize that it is real and that we have to pack again. We haven’t been back since Eddie was about 6 months old and we moved to Idaho, so it’ll be great to see family and friends. Gordon can’t stay the whole time we will be there, but at least he’ll be there a few days. (The kids have the entire week after Easter off, so we are making the most of it and staying the whole week!) Can’t wait 🙂