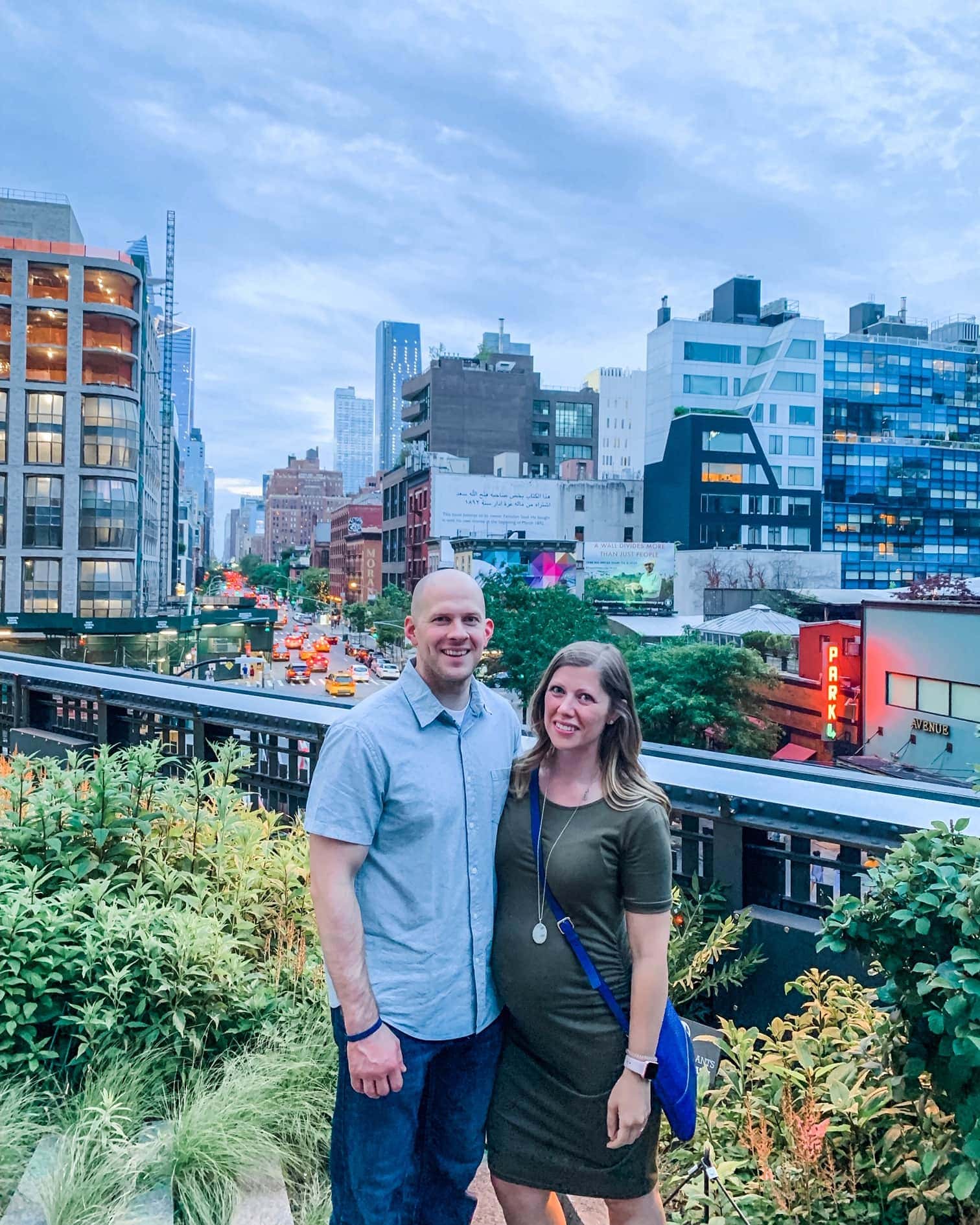 My kids had Tuesday off, so I took the opportunity to take all three out to get ahead of the Father’s Day rush and find a few gifts for Gordon. After debating a few options with the kids, we decided to head to the apple store and get an apple watch for him. His watch broke several months ago and he just never got a new one because he didn’t know which kind to get. He had mentioned a few times previously that he’d probably want an apple watch because I have one and have loved it, so that’s what we got. The only problem is he found it immediately once he got home from work. Womp womp. So, that kind of killed our surprise, but he started using it immediately and so far loves it!

We are finally FINALLY finishing our living spaces. Mainly the living room. Gordon and I painted one accent wall this past week after talking to the super about whether or not we could paint. We got the green light (as long as it wasn’t a crazy color) and voila! We now have a navy wall. It goes perfectly with our grey couch and cozy rug. 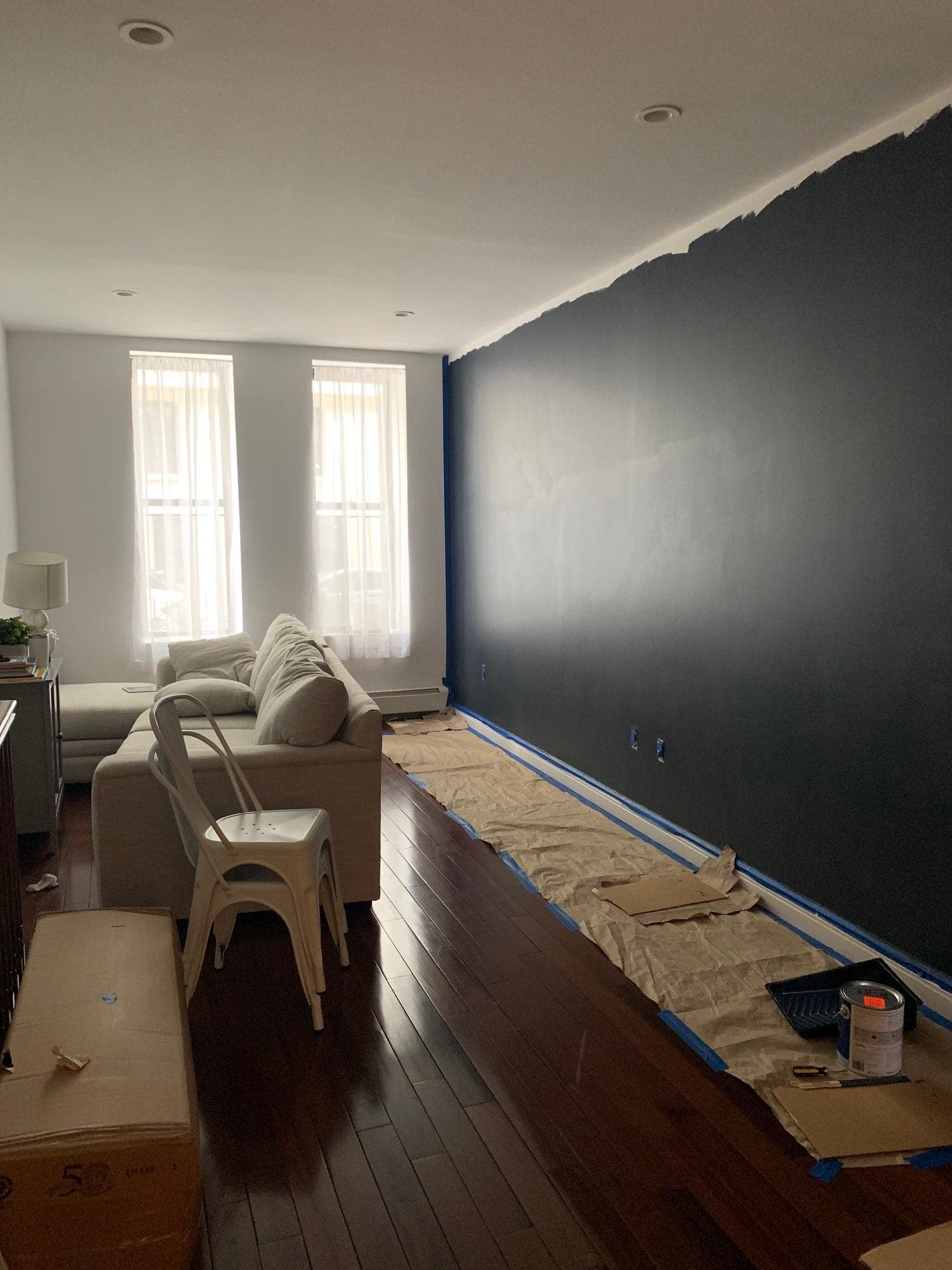 We also added a long natural wood floating shelf above the couch, an ottoman and two small book shelves. We’re waiting on some throw pillows and larger picture frames and lights for above the photos, but generally, the space is basically done! The next little thing to finish is our bedroom (picture frames and maybe a rug?), the boys bedroom (rugs and wall decor) and the baby’s nursery (crib, chair, clothes organization, miscellaneous stuff).

After all that is done, I will get to 100% potty training Eddie. My brain can only handle so much at once and right now my focus is on getting an orderly home (and business) so that life is calm and simpler once this baby gets here. Ed does a really good job going potty whenever we bring him, but he doesn’t initiate going. Like, ever. I’m basically just trying to figure out the best strategy from here to make this as quick and painless as possible. *nervous laugh* 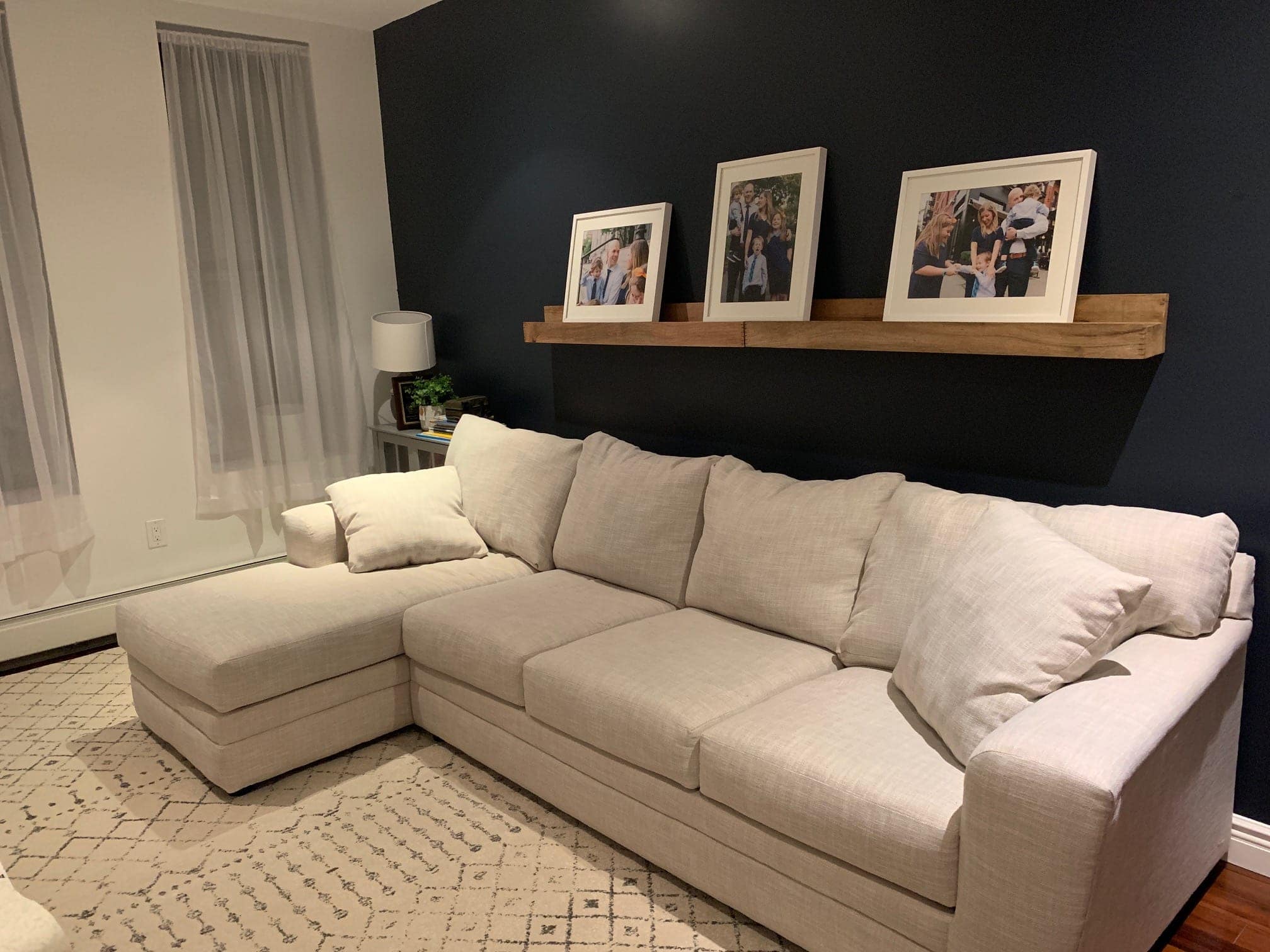 Saturday, Gordon had to work (what else is new) so I took my little ones out to run errands and was able to find a new babysitter that is awesome! We got some basics from Trader Joes, ordered Costco groceries, checked out some bunnies that were up for adoption and made some sugar cookies for a Father’s Day celebration for church for Sunday.

That awesome babysitter came over Saturday night so Gordon and I could get a date in. Hip hip hooray! We had nothing planned but the weather was so perfect, we just jumped on the subway and ended up in Hudson Yards. We saw the Vessel, then walked the High Line and finished the night at Chelsea Market eating Korean food. It was seriously the most random/best date ever.

Father’s Day was Sunday! Poor Gordon was starting to get sick Saturday night with a sore throat and cough, so he easily slept in Sunday long enough for me and the kids (but really me) to whip up some Brioche French Toast, bacon and fruit. I’ve been thinking about this French Toast for several weeks and finally had the time and a good enough reason to make it. Man, did it not disappoint. See that recipe here. SO freaking good.

After breakfast, we all got dressed and went to church. Came home, had a nap made dinner and all went to bed kind of early. We were not mad about it. 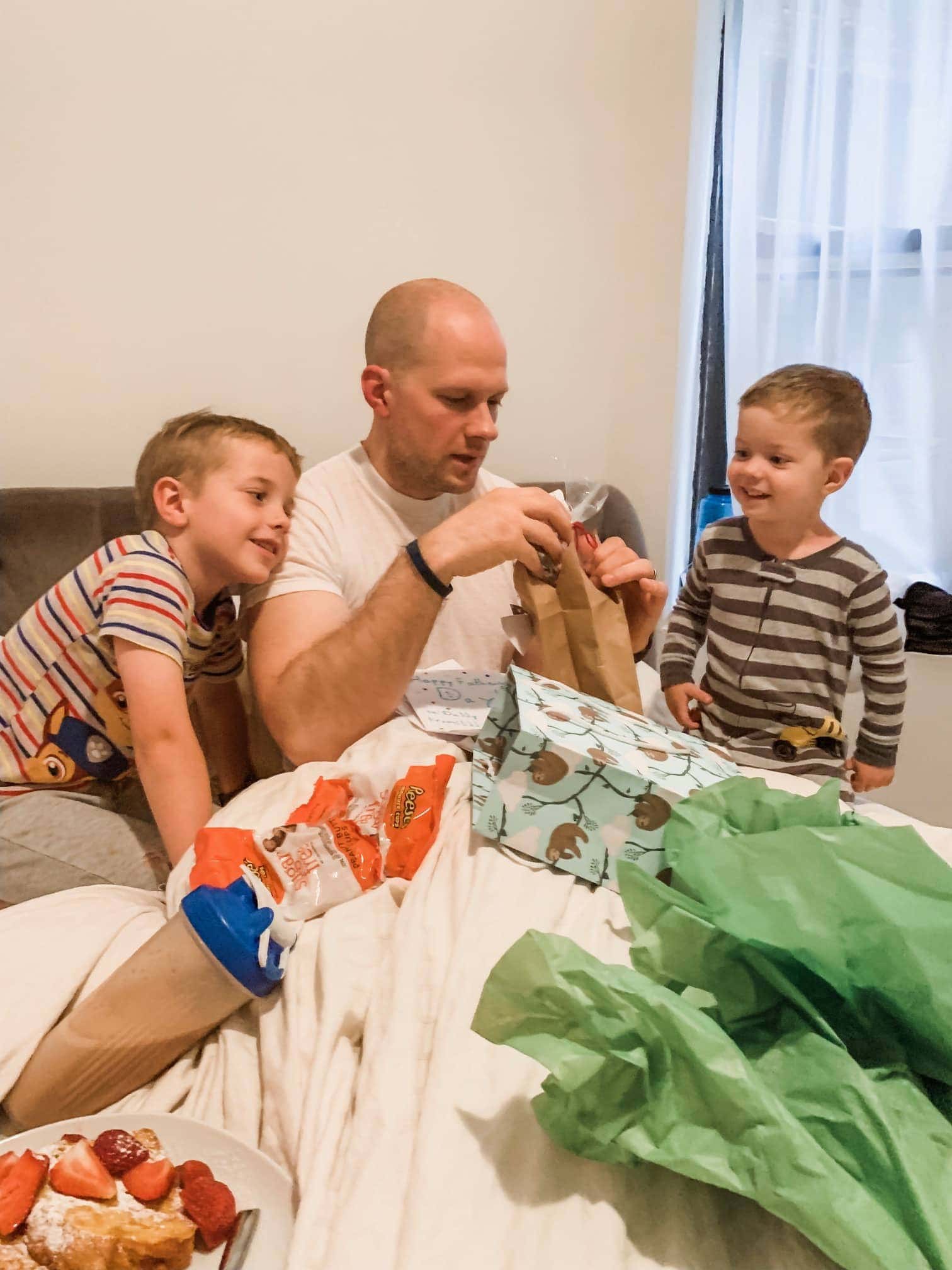 Gross rainy and humid weather. Really rolling into summer with a bang.

I have a friend and her husband coming to stay with us for a quick little visit and then my younger sister is coming for a visit as well! I love having an apartment that can take visitors like no big deal.

Hoping to finish off our living room once and for all.

Gordon is going out of town to Asia of all places for work. I’m excited for him, but also excited for all the goodies he’ll bring back 🙂

Preschool graduation for Eddie. I offered to host a little party for Ed and his friends and all the moms, so I’ll be working on that this week.

And I’m entering my third trimester this week! Once summer is over, I’ll be ready to pop and hopefully we will all be ready for baby! Ahh!