What a fun week we had!

I think the most important thing that happened this week is EDDIE IS POTTY TRAINED! Alert the media. Something clicked with my three year old and finally after 10ish days of not caring about ANYTHING potty related finally told me “mom, I have to go pee pee”. SAY WHAT?

Lo and behold, I took him to the toilet, he went, I made a big deal and gave him all the candy I had and voila! It stuck. Since then, he’s only had one accident. It’s made me fall in love with him all over again and finally something I don’t have to worry about come September when he starts preschool.

Speaking of preschool, did I mention I found a great one and signed him up? I took a few tours of a few local spots and ended up grabbing the last slot available at a school one block away from my children’s elementary school! Its going to be glorious. I did sign him up hesitantly for three full days and told the director that I potentially would want to switch him to two. Just have to see how he does at first. September is going to be a month of BIG changes for him and I’m just afraid he’s going to be exhausted! (Blake would get exhausted if he didn’t get a nap in at Pre-K two years ago and come home SO cranky because he was SO tired.)

But we will cross that bridge when we come to it, but hallelujah for one more thing getting checked off my list! 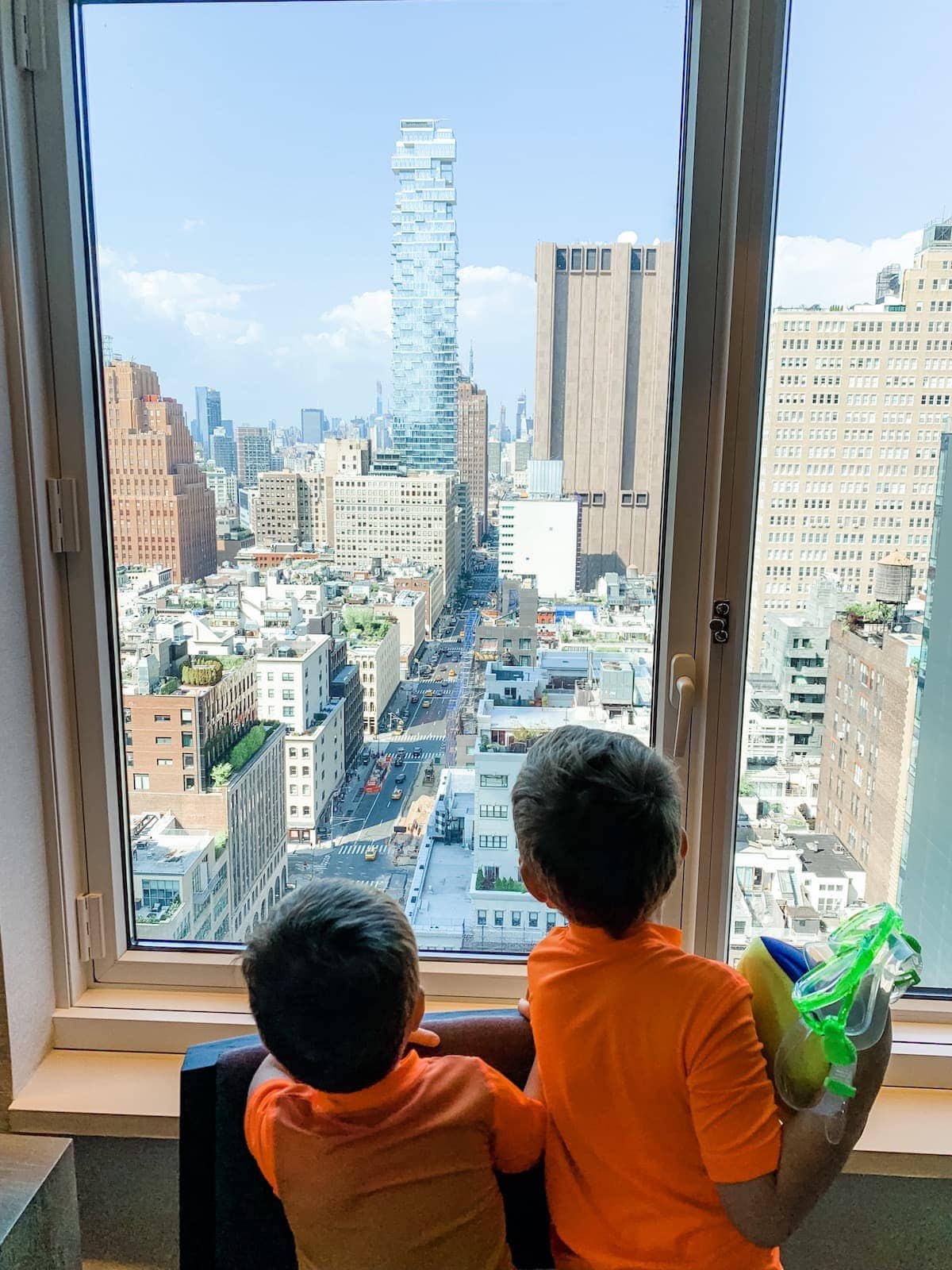 Speaking of other things getting crossed off my list, I ordered a crib for the baby, a mattress, a dock a tot, an ergo baby and all the school supplies necessary for my older two kids. Once I get going with the online shopping, I really make it count. Best part is everything will be arriving before August gets here. It feels so good in my soul to cross big things off my list. One step closer to baby! 7 weeks now. Eek!

This weekend, we celebrated Gordon’s birthday! We did a simple staycation in the city, headed downtown to The Four Seasons and partied it up. We swam for hours, ordered lots of room service and indulged in a few treats too. I will say I do love staying at The Four Seasons because they treat all of us so well. They kindly upgraded us to a huge suite for the night for no reason whatsoever and brought us a few treats for the kids and for Gordon’s birthday too.

Also, considering I bought Gordon literally nothing for his birthday, it was really nice that all the staff who came in contact with him somehow knew who he was and that it was his birthday. He got wished happy birthday by at least 4 people we didn’t know. So, happy birthday, Gordie!

A big reason we wanted to do a staycation so badly was to get Blake in the pool again to see if we could convince him to dunk his head under the water. He’s been so afraid to even try that it’s been a struggle. I’ve avoided swim lessons for him because he just refuses to try. So, I got some kid goggles that plug the nose and cover the eyes, making it easier for him to just hold his breath by covering his mouth. We talked up these goggles like CRAZY but when push came to shove, we got into the pool and he refused yet again.

Gordon tried for a good 10 minutes and gave up when he started whining/crying. Then after another 30, I just told him that before we got out of the pool, he had to try the goggles on and dunk his head in six times (because he is six). I approached it as a “lets just get this out of the way so you can say you did it and go back to swimming how you like” situation and he agreed. So after the first quick three dunks, I got a little smarter, got Brooke involved and said “Brooke is going to hold up some fingers under the water. I want you to go under the water, see the number and come up and tell me what it was.” So that’s what they did and eureka it worked! He came up smiling. The 5th time, we did that same thing again, but Brooke had to make the number bigger than the last. Then for the last time, I told them to do rock paper scissors under the water (Brooke had goggles too).

YOU GUYS. It was the numbers and rock paper scissors that did the trick! He realized that he could see and have fun under the water. After that, we just stopped counting and started doing fun things. Looking at people’s feet under the water, listening to the music that was playing under the water, pushing off the wall trying to swim with his face in the water, seeing how long he could hold his breath, etc. etc. I was so so worried that he was never going to give swimming a try, but thanks to a little creativity, a sweet older sister and some goggles, we are good to go! We were so proud of Blake!! He isn’t scared of the water anymore and is actually excited about when we can go back swimming again. Yay Blake!

Now to find some swim lessons in the city….

Other things that happened this week: 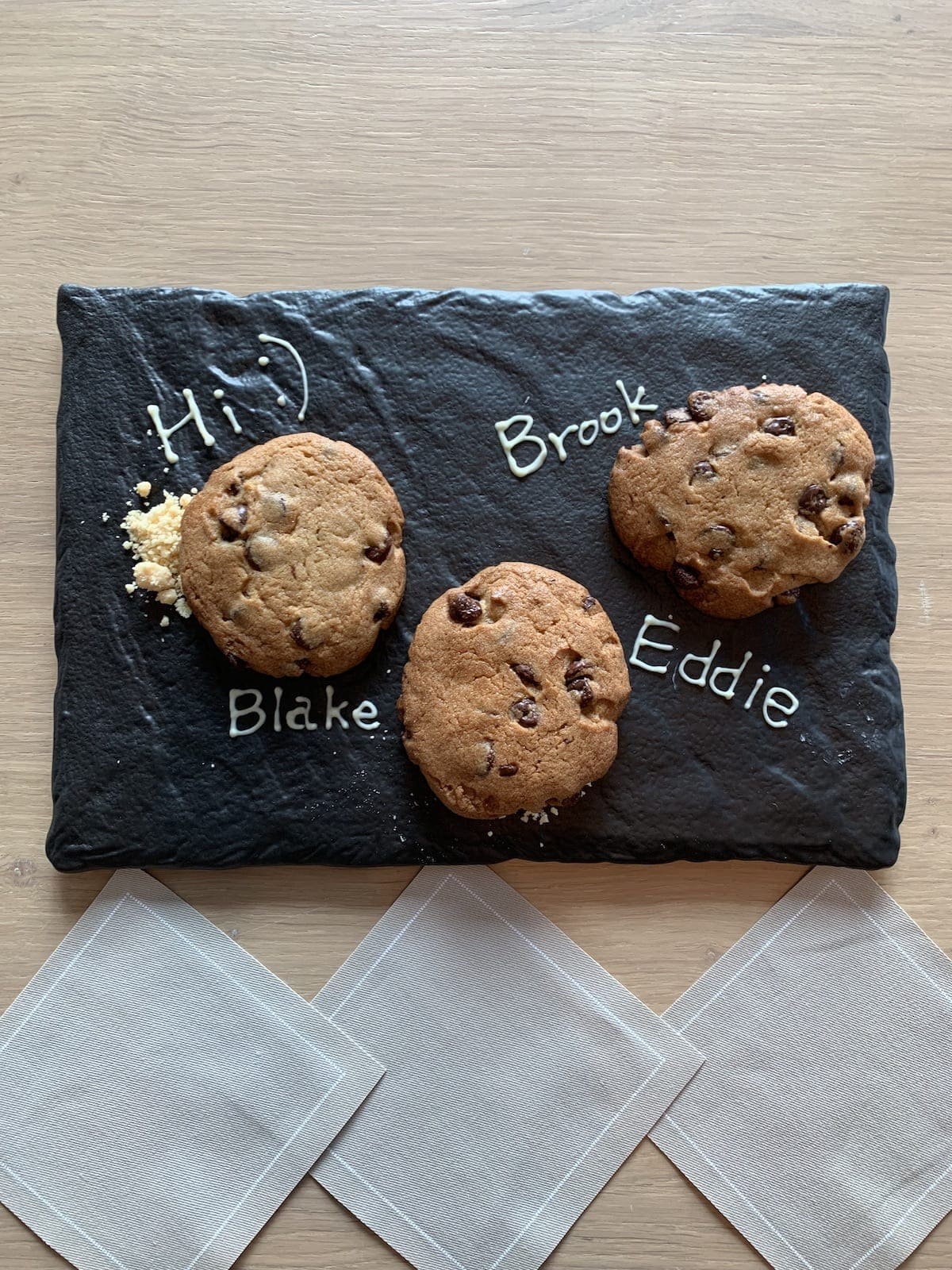 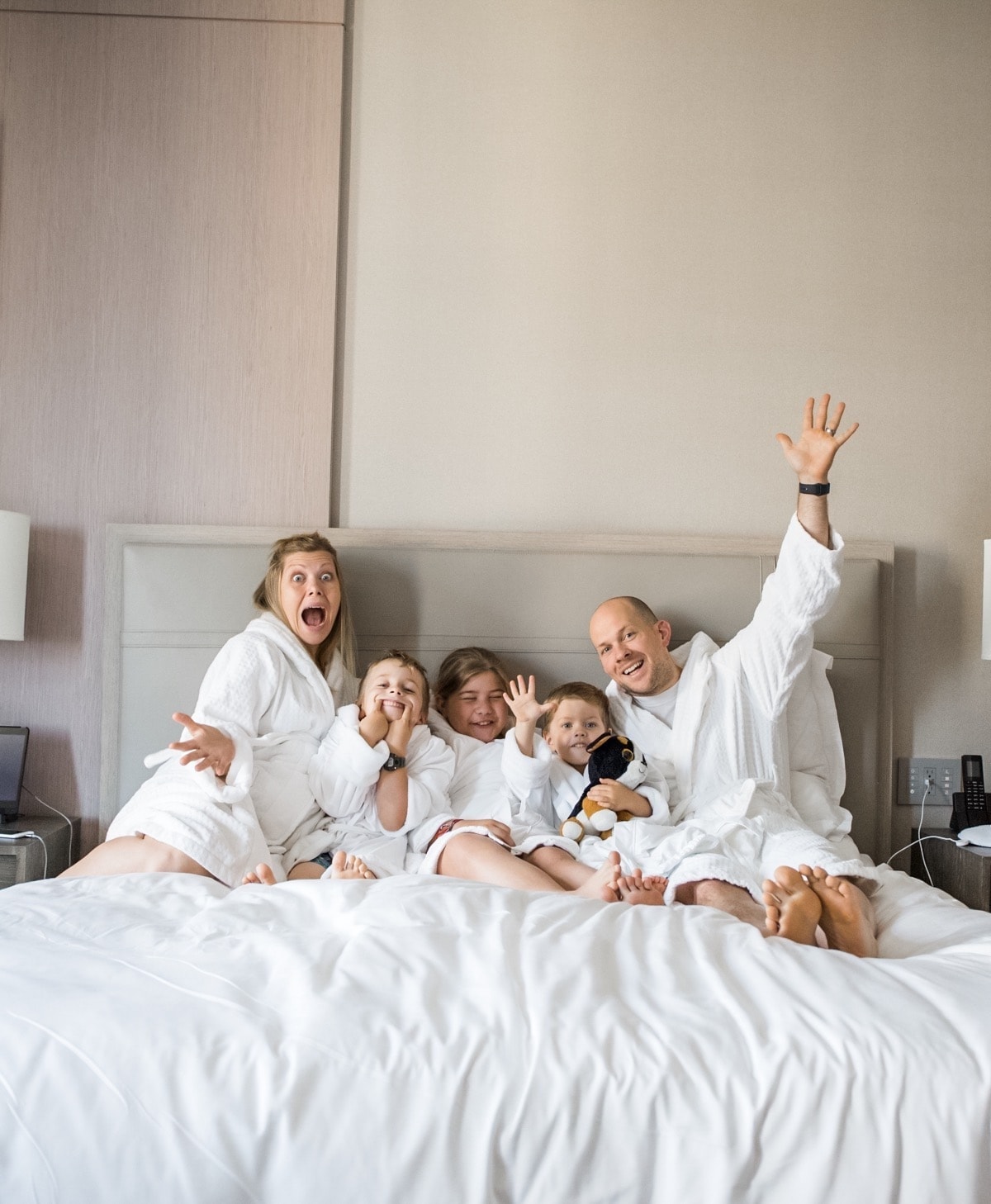 A doctors appointment for the baby! Lots more appointments coming my way in the near future. Already 33 weeks! Before we know it, it’ll be September. Taking bets on what this baby will look like.

We are going to a yankees game! I thought we were going last week, but I got mixed up. We are going THIS WEEK for sure.

Gordon and I might sneak away for a day date since his boss gave him two ‘work from home’ days…aka take the days off.

Saturday, we are leaving for our final vacation before baby. It’s really the only time we could go before I hit 35 weeks and doctors’ visits become more frequent and more important. So cheers to that!