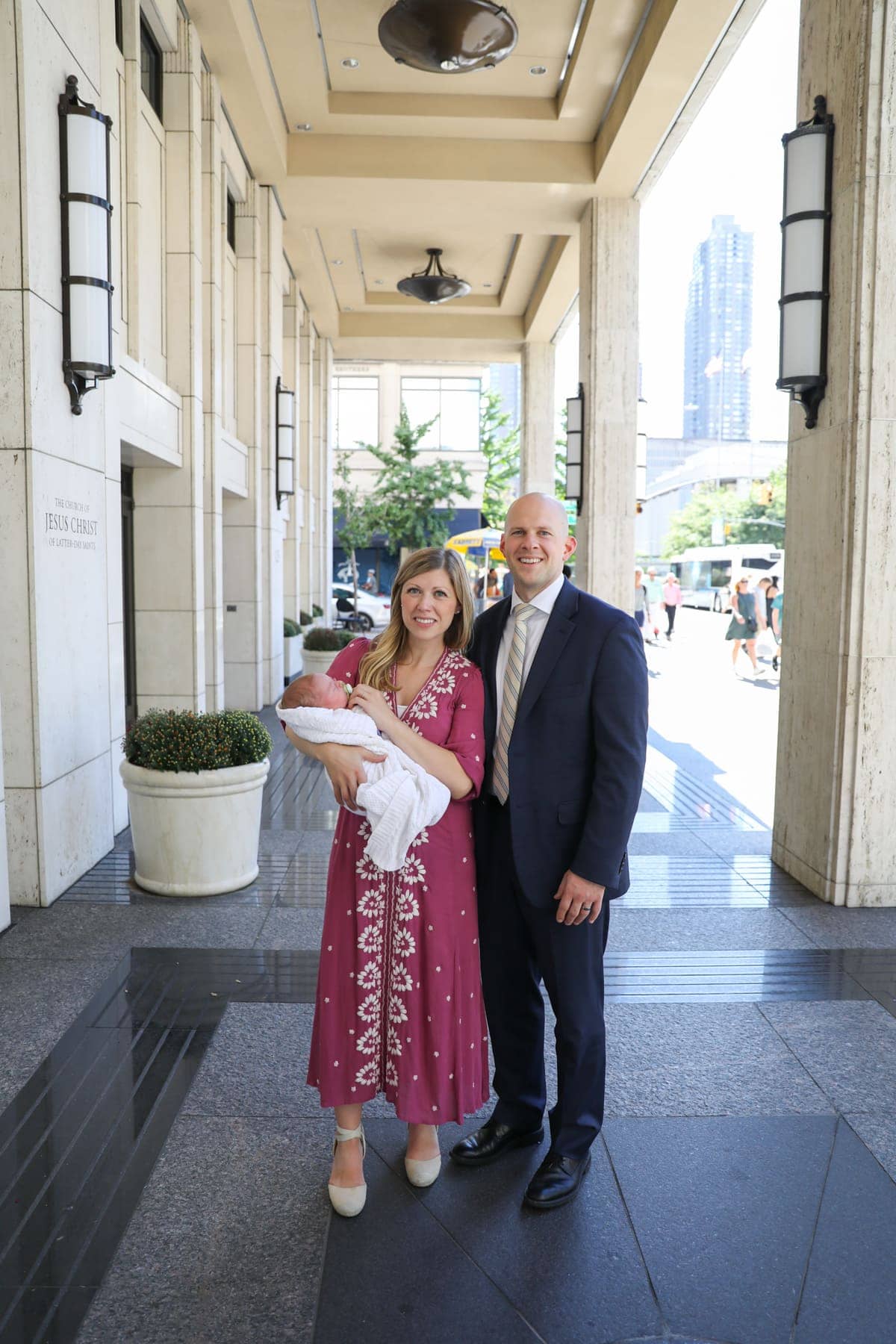 It has been a whirlwind of a few weeks!

Here’s what happened these past two weeks:

Well, besides not sleeping a whole lot, there have been a lot of adjustments going on! Ah, life with a new baby.

My adjusting has been having to just go with the flow, sleep when I can and get breastfeeding down. Happy to report the baby is a big-time eater and generally is a happy, content baby! I feel so tired, but grateful for the help I’ve gotten from friends and family. I can sleep a lot in the day and have lots of available arms to watch and care for the sleeping baby so I can truly sleep uninterrupted for a few hours. I probably should take more naps, but it’s so hard! I do get at least 1 in a day, so that’s good.

Gordon has been home since the baby was born on Paternity leave, worked last week while his parents were here helping out and has another week off before he goes back to work next week. I’m trying so hard to not count the days until he’s back at work. SAY IT ISN’T SO! I love having him home and he loves being home and just relaxing and working out when he can. SO jealous of the people who get months and months of Paternity leave. I think Gordon is pretty exhausted too, but I’m confident its not as exhausted as me 😉

Brooke, Blake and Eddie have been keeping up with their school schedules in the midst of this new whirlwind of a newborn. Brooke always wants to hold the baby, Blake and Eddie sometimes ask to hold Porter too, but generally, they all keep to themselves and things haven’t changed a whole lot.

Porter has been back to the pediatrician a few times, mainly to make sure he’s growing. Happy to report he is almost 10 pounds (if not 10 pounds already!). He lost a few ounces upon leaving the hospital, but after two weeks and my milk coming in with a vengeance, he gained 20 ounces. The doctor was so pleasantly surprised. Excited to bring him back and be officially over 10 pounds! Bring on the chunky babies!! I figure if he weighs more, he will sleep for longer stretches at night. Not sure there’s any science to that, but that’s what I’m hoping.

Also, the older Porter gets, the more vocal and opinionated he becomes. Mainly just about diaper changes, but nonetheless, opinionated. 😉

He also has these random spells where he stays awake for hours on end and refuses to sleep. That’s REAL fun, especially when it happens between the hours of 12 and 5am. Thankfully, it only seems to happen every other day, so I get one decent night of rest between the madness.

Last Sunday, we blessed Porter at church and had my in-laws here, along with my Mom and Gordon’s brother. It was such a lovely day and Gordon gave him such a beautiful blessing. A lot of these pictures are from that day…I cracked out my nice camera for these!

Also, there were plenty of friends’ birthday parties and days off of school these past two weeks…it was a little nuts. Thank goodness I had help! The struggle for me at this point and moving forward is getting up early in the morning getting kids ready for school with a newborn. I’ve only had to do it one day and it almost killed me, but at least the three oldest were at school so I could come home and rest after 🙂 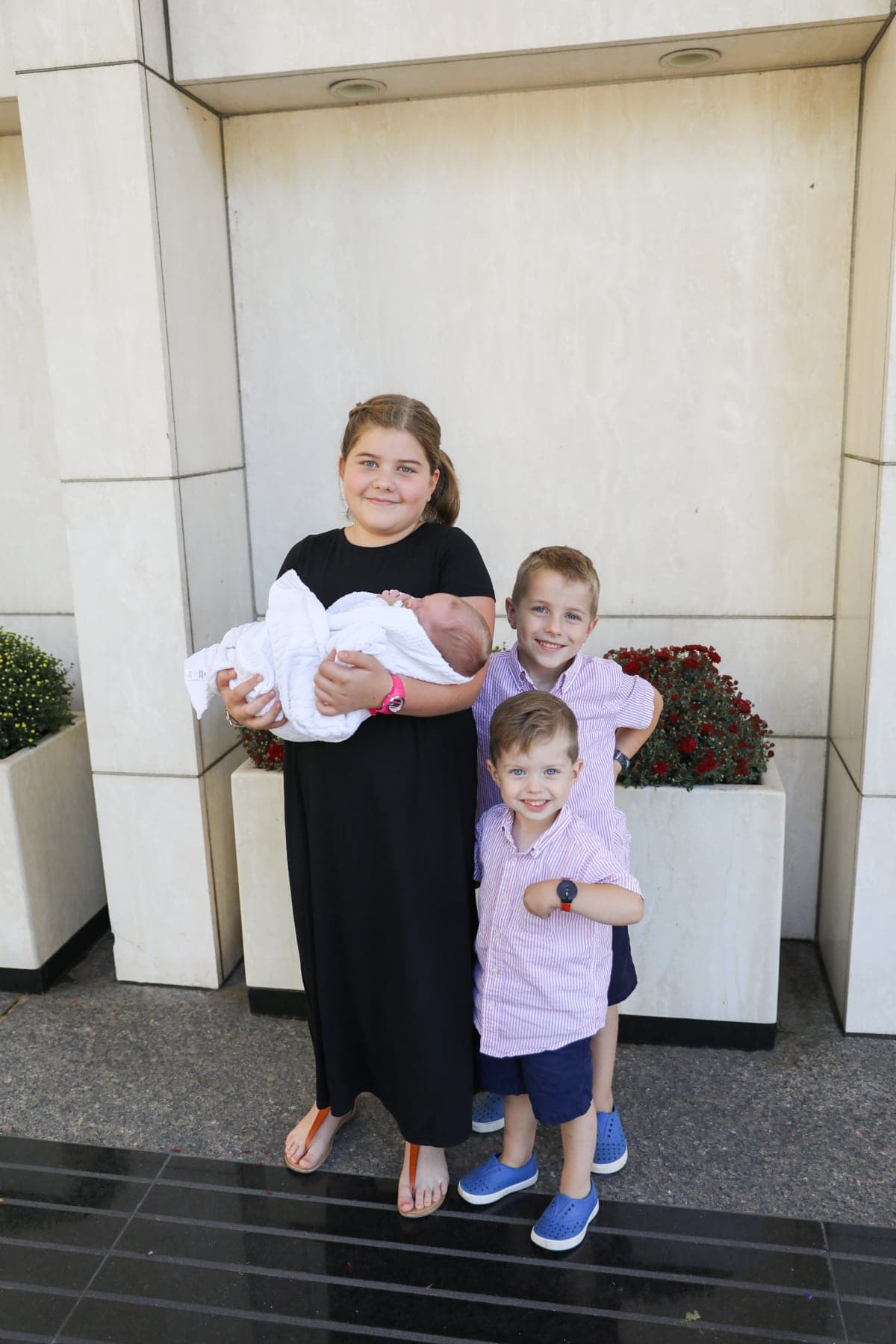 Eddie has turned into a bit of a handful, starting to hit and push harder for his way…not sure if its coincidental with the baby being born or if the baby caused these new behaviors. Regardless, we are ensuring he does NOT get his way most of the time because we don’t want to create an even bigger monster.

Breastfeeding has been really easy this time around and I’ve lost at least 27 of the 40 pounds of baby weight I gained. The weight loss is slowing way down now, so I’m guessing these last 13 will take several months to lose because that’s just how my body works, especially with the breastfeeding. Once I get cleared for exercise in three more weeks, I’m assuming it will get much easier. Also, we’ll see if I even have the energy to exercise. Ha! My maternity clothes don’t fit, but my regular clothes also don’t fit either, so I’m in this weird limbo and just tend to wear leggings or workout clothes because they kinda-sorta fit.

I’ve found that if I get up and get ready for the day, I feel so much better than if I hang around in my pajamas. Totally psychological but whatever works is what I do! Also, four kids is no joke!! I have found that I need to run a tighter ship in order to ensure nothing falls through the cracks. My calendar is my guide…if I write it down, then it will happen. So that’s what I’m starting to do leading into the new normal with Gordon going back to work. We’re creating schedules, menus, grocery lists and more! Write it all down and make it happen. And then nap when I can. That’s the approach thus far. *nervous laugh* Wish me luck.

The kids have Columbus Day off and that is Gordon’s last day of paternity leave, so we are going upstate to an apple orchard and a pumpkin patch. Looking for some apple cider donuts.

Gordon and I have appointments at the dentist and will be getting fitted for invisalign. I had braces when I was younger and the majority of my teeth are still straight, but I definitely see them starting to shift again. So, it’ll be good to get them back into place where they belong.

Eddie has a birthday party to go to this weekend and Blake has a playdate. Social babies, I have.

And, one morning this week I woke up to an amazon order for a treadmill. I went to bed, Gordon ordered a treadmill and then I got the email for it. It’s supposed to arrive this week. Ha! Thus begins the start of our mini home gym. Piece by piece as we can afford it, Gordon is making it happen.