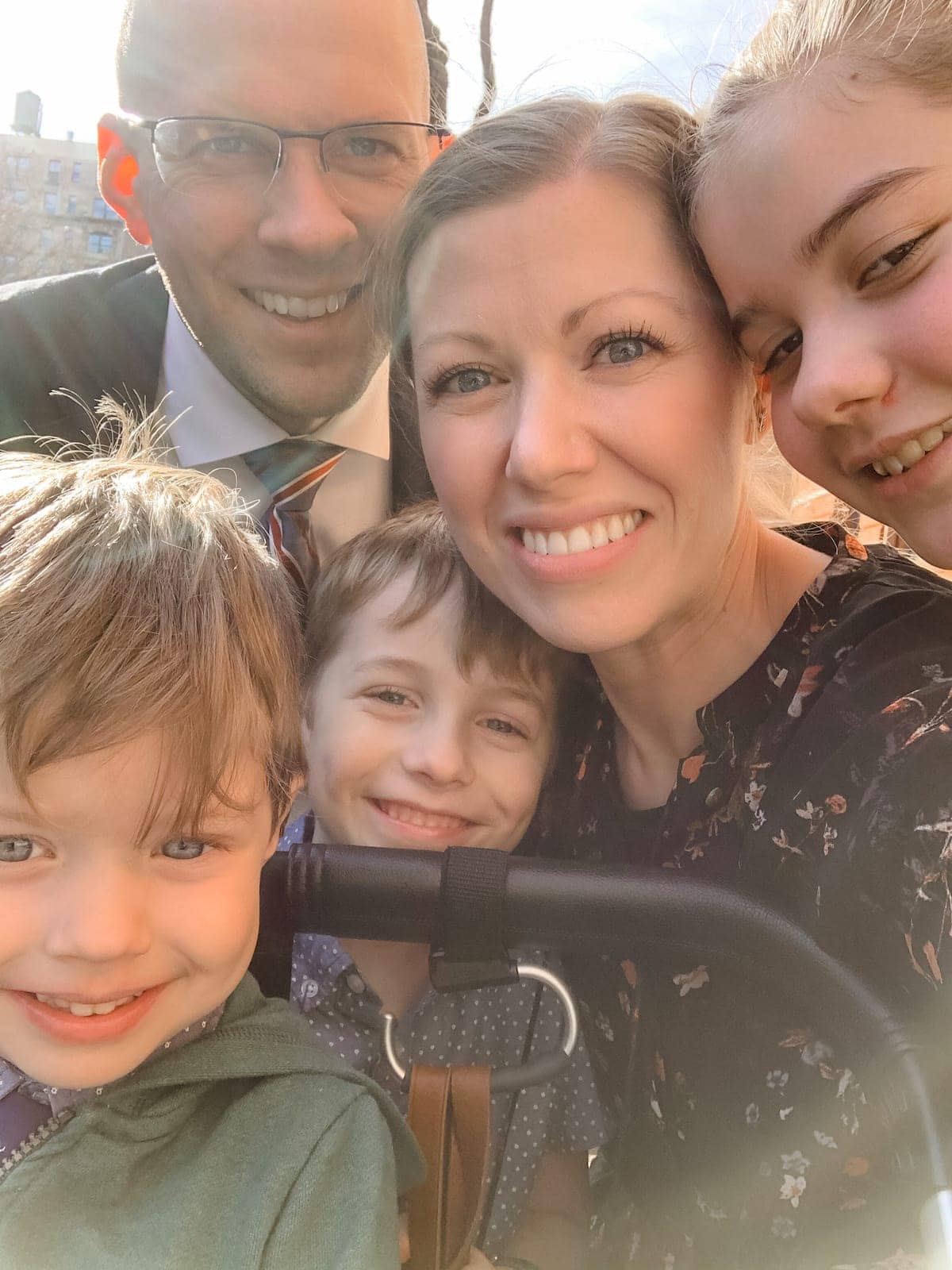 Back again to the normal swing of things and I’m not mad about it!

Here’s what happened these past two weeks:

After the school break for the holidays, my kids started back at school, hallelujah. I love having them home for a few days but anything beyond three days is so taxing. We thrive off of schedules and when there is no schedule, it can be a struggle. Especially as a working-from-home Mom, trying to get work done…while four kids are home. Ha! Basically, nothing gets done for the blog which makes me feel mentally exhausted. NOT getting stuff crossed off my to-do list is a pet peeve of mine. So, for my well being and their overall wellness, we all were happy they went back to school. (I really don’t know how homeschooling moms do it.)

At the beginning of the year, our church switched the time we meet to 9am. (Used to be noon!) Considering we walk to church every Sunday, this has been an adjustment. We can’t sleep in anymore! Just like our school days, we need to be out the door by 8:15 if we’re going to get there early enough to get the comfy seats. Our congregation is pretty large and the comfortable bench seats are limited. Two weeks in and we’ve gotten comfy seats both times! I’m not sure how much longer this will last, but our track record is thus far pretty good.

The first Sunday of the year, it was just me and the boys because Gordon was working the midnight shift and Brooke still had her pesky cough. Then yesterday, the whole family was able to attend. Eddie no longer has to go to the little kid Sunday school class (called nursery) and officially started in his sunbeams class, which he LOVES. The first week he was so thrilled Blake was able to take him by the hand into the primary room together and just this past week, he wanted to go straight to sunbeams instead of sitting with the congregation first for sacrament. I tried to explain the order of meetings to him, but he kept refusing saying “NO MOM! First sunbeams!” That boy really thinks he’s right 24/7.

Porter’s sleep has been a little all over the place these last few weeks, so much so that we’ve moved him into his own room to see if that would help. (Which meant that we had to play Tetris again within our apartment, finding a new home for my office and other items we were storing in the baby’s room. Say it with me: “we will have enough room we will have enough room.”) Having his own room has definitely helped, but still has nights where his little body is just restless. Porter’s claim to fame at this point is being able to fall asleep on his own. We wrap him in his swaddle, give him a pacifier and lay him down awake and he will go to sleep on his own. Still nailing down an earlier bedtime for him and figuring out dream feeds and such, but generally thrilled with the sleep I am able to get. He is such a good little sleeper, especially when compared to Eddie. So, I’m counting my blessings.

Gordon went from working the midnight shift for 8 days to evening shifts and then back to day shifts all in the last two weeks. All the shifts he has are challenging in some way or another, but grateful for the job he has and so happy he still loves his job! His role will be changing within his agency come March (read: more hours and business trips away) so we are LOVING all the time we get with him now. I know it will be challenging, but we are saving all his vacation days for the summer in hopes we can sneak away to somewhere fun in Europe. Did you know its cheaper for us to fly to Europe than it is to fly to Oregon? Totally backwards, I know.

Porter is starting to roll! He’s only done it a few times and it scared him every.single.time (ha!) but that boy is starting to make some serious progress! I can’t believe he’s already rolling. Wasn’t he just born? He’s only a few days away from being 4 months old. SO bananas!

With the new year upon us, I have been trying to figure out a good work schedule and recipe testing schedule. I’ve quickly realized I just have to take this week by week. Since I don’t have a nanny or babysitter, I have to work around Gordon’s schedule and my kids’ schedule. Of course they are my number one priority, but I also realize the importance of my work since I am a breadwinner too. Slowly, a schedule and new groove is emerging and I am able to get more recipes tested and posts written. As the baby gets older and has a more predictable schedule, I think we’ll be able to increase my workload. But until then, I’m so glad I have a few hours a week, cooking in the kitchen. 🙂

This past weekend, Gordon and I had a great day date. He took me to a delicious mexican restaurant for tacos (the cauliflower taco was incredible), then to insomnia cookies for our favorite pb cup deluxe cookie, past the empire state building over to Target and then uptown to the Barnes and Noble. Since we don’t get a ton of time together just as a couple, we were picking out random items we didn’t know we needed, taking our time browsing, getting valentines treats and picking up gifts for Eddie’s birthday at the end of the month.

Brooke has some testing for middle school. Yes, its weird that you have to apply to public schools here in the city AND take some tests, but there she blows.

Recipe testing some yummies this week!

Back to music class for Eddie and I’m hoping to get Blake into a *free* basketball class, but who knows if we’ll actually be able to make it work.