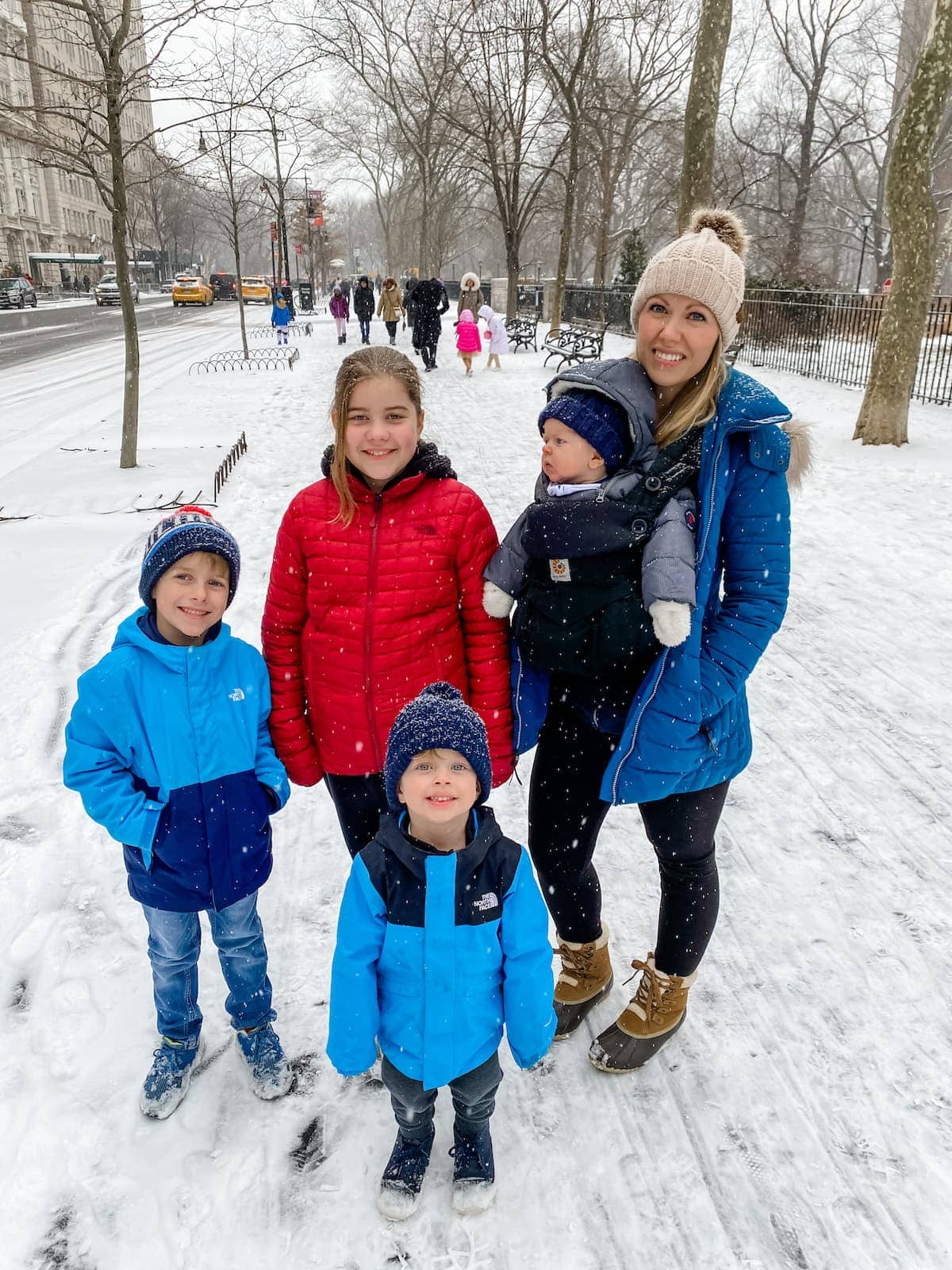 The beginning of the week started with Gordon working day shifts (early mornings, but home in time to pick kids up from school) which means I am the one getting up at 6:30 to wake the troops, feed everyone, pack lunches and walk them all to school by 8. The first few days were fine, but by the end of the week, man was I tired! I am not a morning person as it is, but especially not a morning person when I’m not sleeping through the night. It’s pretty hard to handle, but we all handled it and I even got in a nap or two.

Even though thats how the week started, it didn’t stop me from taking the car over to Jersey to hit up a Target! Believe it or not, we went to Target twice this week! Can you even believe that? It’s like I was a suburban mom or something. The first trip was just me, Eddie and Porter and then on MLK day with the whole family so the kids could spend their Christmas money they were saving. Technically, only Eddie and Blake had money to spend. Porter was along for the ride and Brooke literally spent her Christmas money ON Christmas day ordering all the things off of Amazon. Money burns a hole in her pockets. Apparently.

On Saturday morning, we ventured out in the freezing temperatures to see a new Imax movie at the museum of Natural History about lava. All four kids were enthralled. After that, we spent a little time walking around the museum, looking at the animals. When we walked out to head home, we found snow! Lots of snow was coming down. It was VERY exciting and a fun surprise considering this was the second time we’ve gotten snow this season. 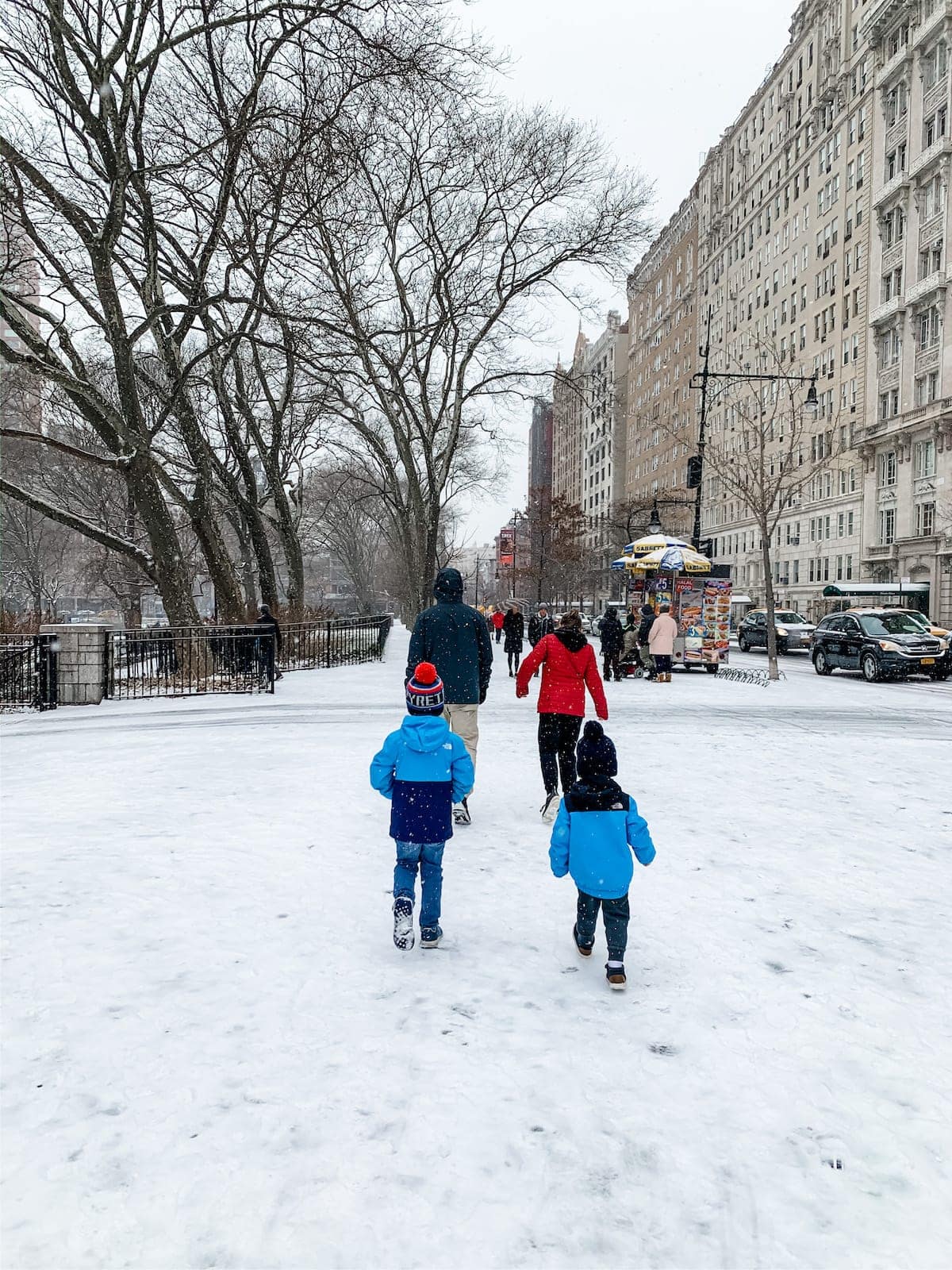 Saturday evening, we stayed in, played games, tidied the house and I gave the boys hair cuts because they were looking pretty shaggy. Owning clippers has been one of the most convenient things ever. I got these clippers in Idaho at Sally’s Beauty Supply and they have never failed me. My hair cuts are really simple, but my boys make them look good 😉

Sunday morning, we slept past our alarms (doesn’t take much for me to do that) ran around trying to get ready for church and just ended up driving. Because of the cold but also because we didn’t want to be late! Those comfy benches go quick. After church I had a fabulous nap, courtesy of Gordon’s greatest and Porter James! 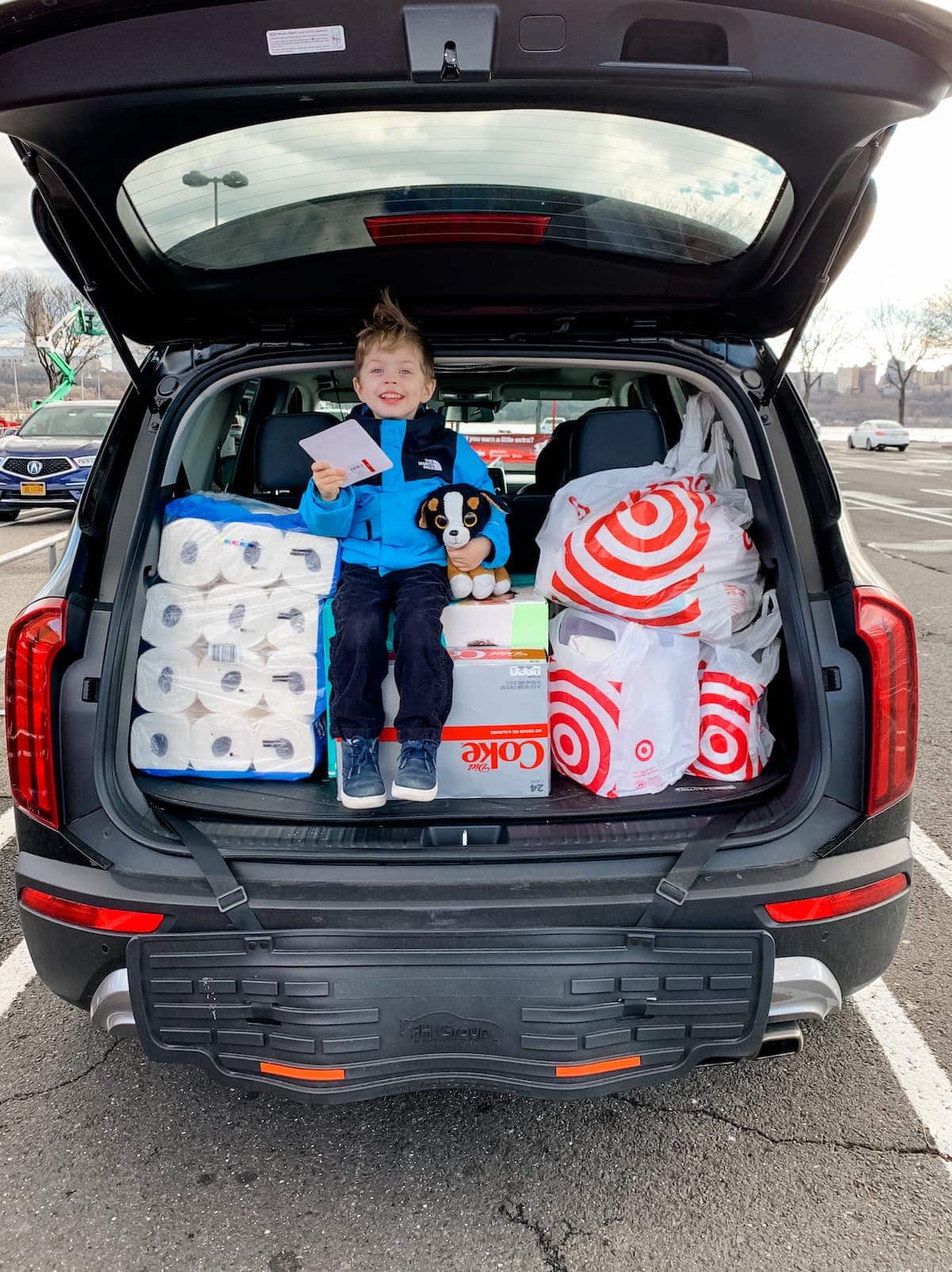 Speaking of Porter, that boy is doing really well with his schedule! He has 1 1/2-2 hour stretches of being awake, 1-3 hour naps in the day and relatively consistent night sleep: down for bed between 7-8pm, dream feed at 11, wakes up between 4-5am for another feeding and then up for the day between 7-8am. I’m hoping to keep the dream feed until he can sleep the whole night through, but honestly being woken up only once past 4 isn’t too terrible. Or I guess the better statement would be it could be worse. I’m hoping the older he gets the better he will get at sleeping through the night.

And finally, believe it or not, amongst the chaos that is my life, I was able to somehow shoot 11 recipes this week. I got some artificial lights to brighten up my kitchen and it has been working to get the shots I want. It’s been nice to schedule the photo shoots around the baby’s schedule versus trying to schedule it off of the hourly weather map….which was wrong 75% of the time.

Gordon is leaving for a business trip for 3 days so it’s back to me running the show, getting up early and holding everything together. Wheee! I’ll be fine, its just annoying because I’ve been so spoiled these last 4 months since Gordon was here to do the morning routine for me and let me sleep in most days.

Brooke has a middle school test to take on Thursday at one of the middle schools she applied to. Eek! I might be more nervous about it than she is. She has already started praying that she gets into the middle school she wants (apparently the competition is fierce because its a smaller school, therefore less spots.)

And finally, I will be taking Porter to the doctor for his 4 month well child check. I’m guessing he’s about 15 pounds now! I think we are able to feed him a little rice cereal now! Actually, are doctors recommending that now? I know with Brooke and Blake they said it was fine but once Eddie came along, they pushed it to 6 months. (I started him at 5 months, I think.) Anyone know?

Have a great week, friends!