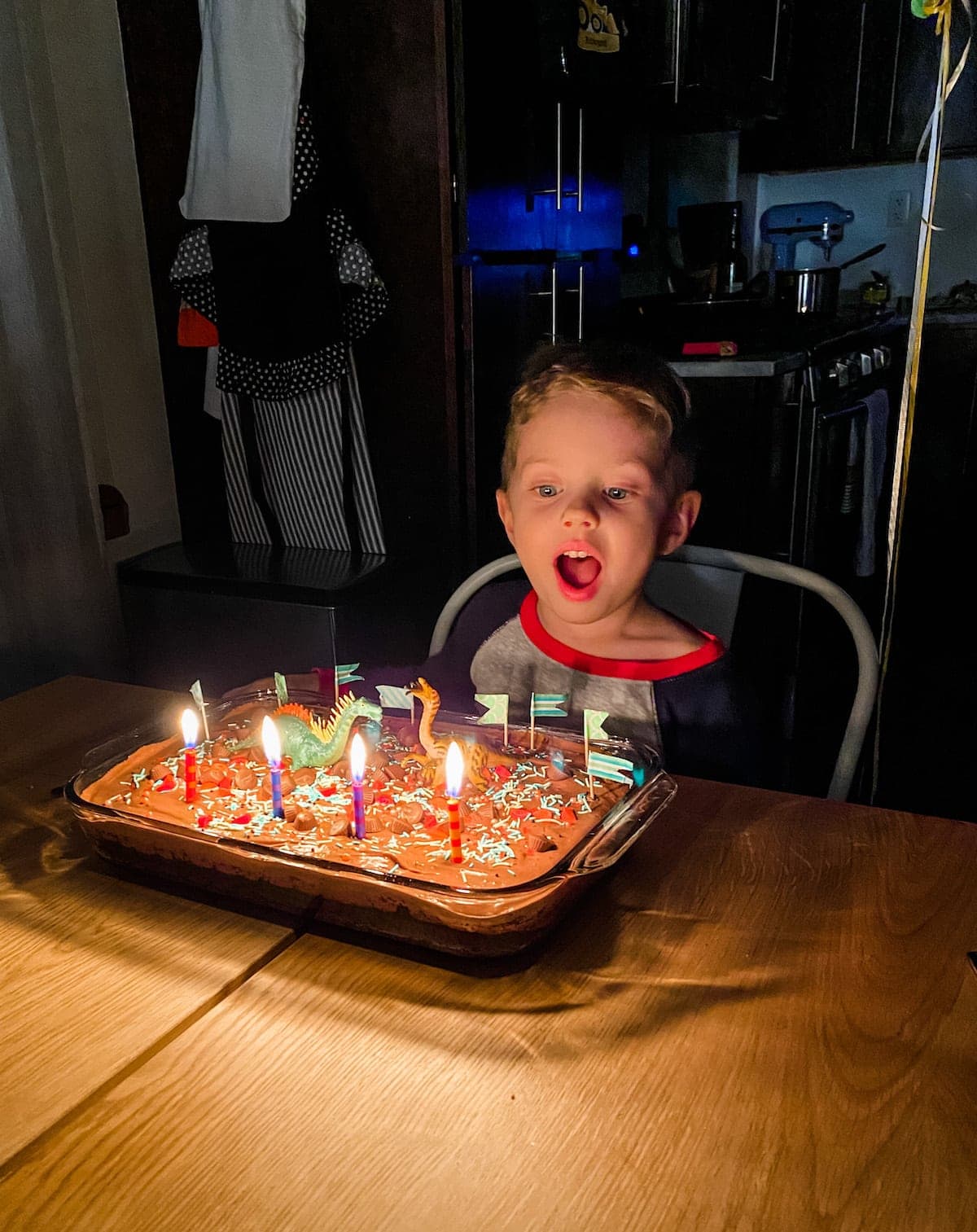 The biggest thing that happened is we celebrated Eddie’s birthday on Tuesday! That little boy is not so little anymore. He is FOUR! From the beginning, I couldn’t figure him out, but the older he gets the easier it is for him to communicate and understand which has made things so much easier for everyone. He is the biggest stinker, loves to be silly and hates being alone (like if I make him have quiet time in his room). He loves school, loves wrestling with Blake and Daddy even more and loves to move his body (play sports, running, scootering, biking, etc..) 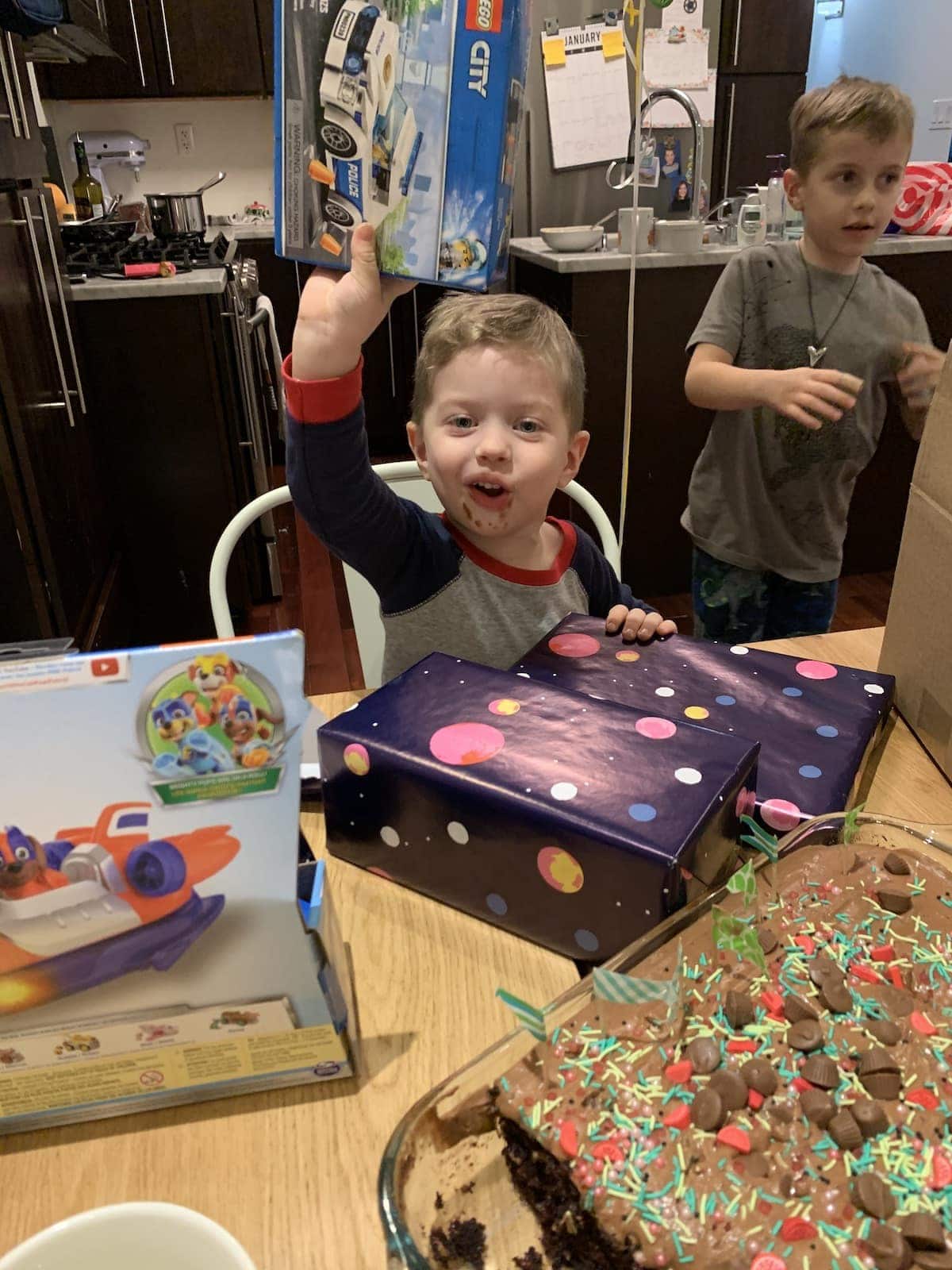 The weekend before Eddie’s birthday, I took Brooke out to Jersey for a mommy-daughter date so I could get my hair cut for a semi-reasonable price and we could go out to dinner. I was feeling pretty tired the whole time we were gone (that’s a pretty regular thing for me lately, but it was particularly worse) and as it turns out, that was the beginning of mastitis. Things took a turn late Saturday night and into Sunday where I couldn’t get warm and was shaking pretty bad because I felt so so cold even though the thermometer was saying otherwise. So, eventually with medicine, copious blankets and a heating pad, I was able to slow my shaking, feel warm again and eventually fall asleep. Waking up Sunday, I felt like I was hit by a truck but definitely better.

I stayed home from church with Porter to get more rest and sleep which was really helpful even if it was just for the morning. I really wanted to go to church because we bought the boys matching suits and they were so so cute, but logically I knew I had to stay home. By Eddie’s birthday, I was mostly on the mend. I feel mostly recovered now for the most part but am particularly tired because Gordon has been out of town for work and as everyone knows, all hell brakes loose when he isn’t here. The universe hates me when he’s not here.

Last night for example, I got about 3 hours of very interrupted sleep the entire night. Between cranky Porter, Blake and Eddie, I was out of bed at least 8 times. I was *so mad* by the time my alarm went off at 6:30 and just very jealous that my husband was sleeping in a quiet hotel room.

Brooke had a school event where she and the rest of the fifth graders did some square dancing which was super fun until they had the parents come up to try it too. It was pretty rough. One of Brooke’s friends mom’s took video and it was pretty rough. The other kids tried explaining the dance but I was just lost the whole time, as is evident in the video.

A few other random things: I found and brought in (kosher, nut-free) treats for a little party for Eddie at his pre-school on Wednesday, ordered a ton of dinosaur themed items for another party this weekend that we are throwing last minute (we have never thrown an official party for Eddie before, so thought it was time), have managed to work out three times and Brooke has been sleeping in the boys room for the past week and a half just because she wants to. Always on our toes, we are.

Hopefully a lot of sleep. Maybe by the end of 2020 I’ll be sleeping through the night. Maybe….

I have a few conference calls for work that I will hopefully be able to make.

And Gordon is back to the midnight shift. Lucky him. Ha!