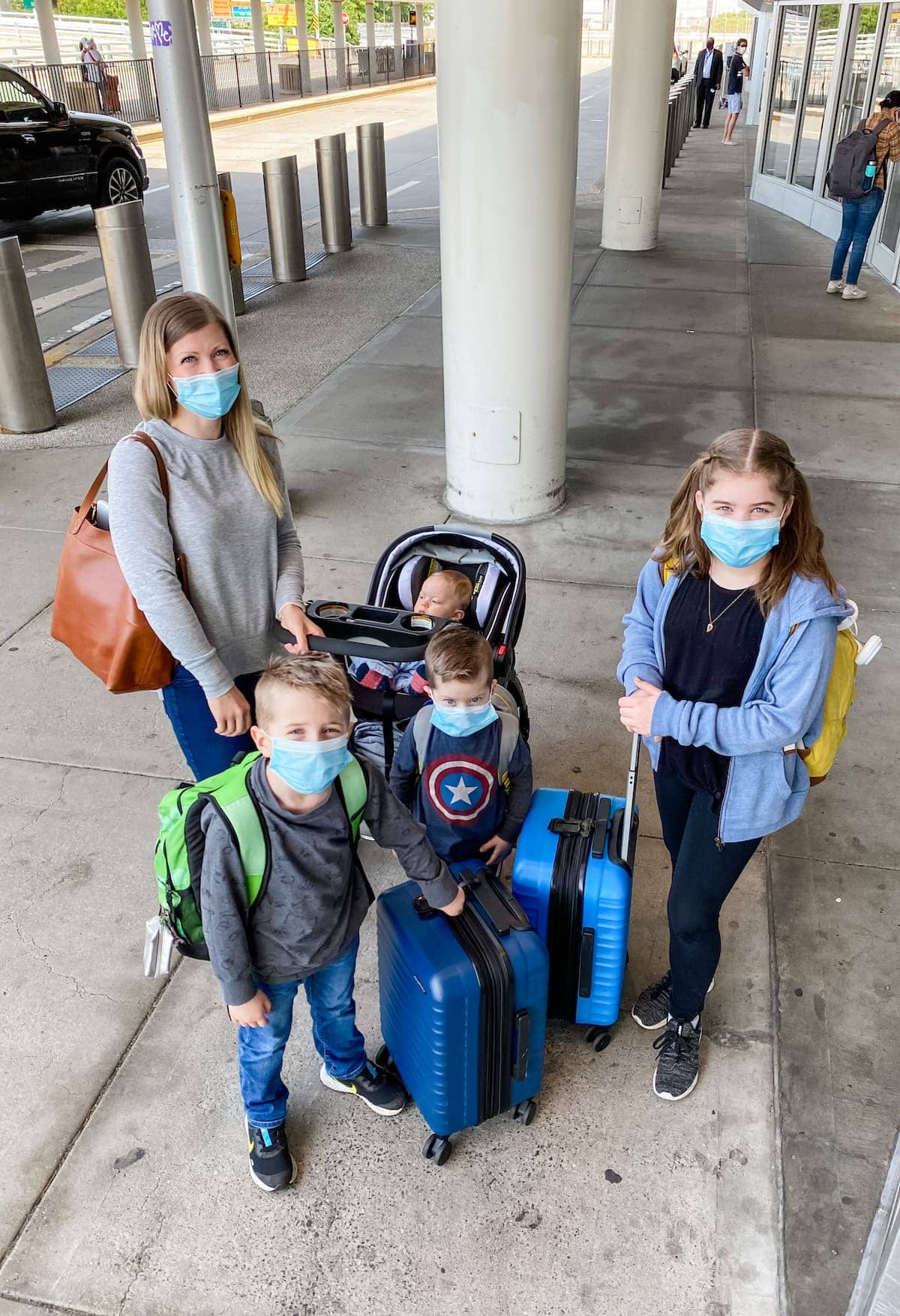 So, in our last family update, I talked about potentially leaving NYC for an extended period of time without any real plans as to leaving. We actually had the beginning of some plans in the works but didn’t want to spill the beans yet. But surprise! We’re in Oregon with my in-laws and feeling pretty good about this decision. I really didn’t *want* to leave with just me and the kids for a bunch of reasons but more importantly, I didn’t want to leave Gordon behind in a huge protesting city that, in my opinion, is a volatile climate for law enforcement. Our whole plan made me nervous. But we sent boxes to my in-laws, travelled extremely light and took our one way flights to Oregon without Gordon.

Traveling here was interesting to do so with masks on the entire time, but we managed just fine and my kids were serious troopers. The flight attendants even commented at how well behaved my kids were. Usually they aren’t trouble makers in the least, but Porter was the real wildcard in this situation. We’ve taken him on flights before but this time around, we got a seat for him so he could sleep in his car seat. I thought that was the easiest way to get him to sleep since I didn’t want to hold him for the 5 hour flight. He did fine and only fussed a few times. He only slept 30 minutes total the entire day of travel which was definitely starting to show on the hour drive to my in-laws but *deep breath* we made it! 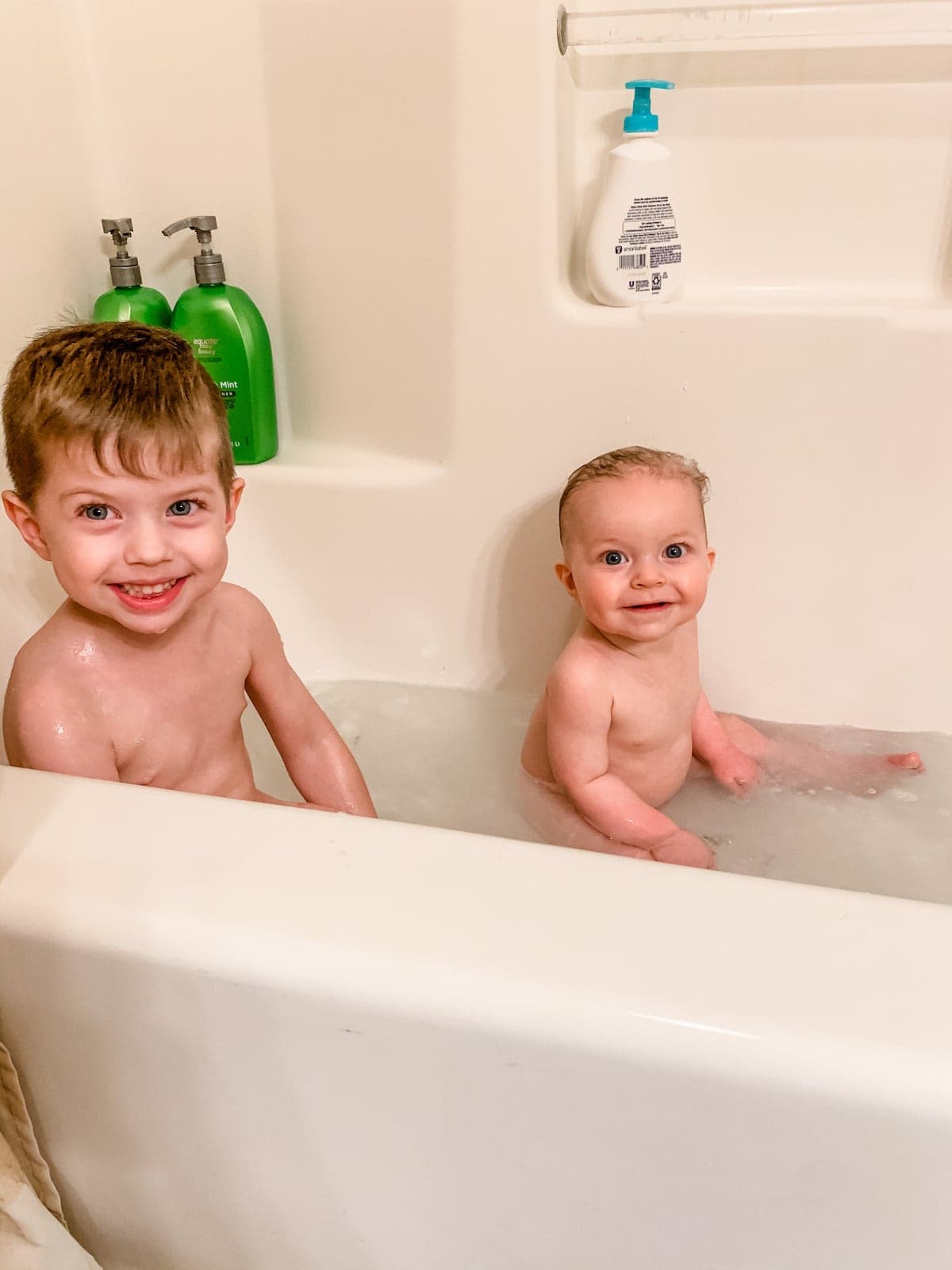 We arrived last week and even though I miss my husband terribly (I really like that guy) I have been sleeping easier (still not long enough…ha!), working harder and enjoying watching my kids out the windows jumping on the trampoline, putting out seeds and nuts for the birds, playing basketball in the front yard, rolling down the hills getting grass in their hair and just enjoying their time outside. Something we all have missed terribly since the start of the stay at home orders. It’s a learning curve for us all, but so far so good. Ask me in a month though. Ha! In a perfect world, we would have Gordon come out to visit in a month or sooner but he has extended work hours and then 6 weeks of training to go to, so I don’t think I’ll be seeing him before August which really does suck, but we’ve been away from each other for longer periods and have been just fine. Distance does in fact make the heart grow stronger. (At one point I calculated that in the 12 years we’ve been married, he’s been gone two of those years for trainings. I’m sure there will be plenty more to come. I just can’t get away from them!)

All our children have been doing GREAT with the time zone change and Porter is slowly getting used to all the new faces he’s seeing. My kids still have online school until the end of the month so we’ll be focusing solely on that, but once July hits, we’ll be all about seeing cousins, aunts, uncles and friends! I hope to make it out to the beach at some point too, but time will tell. It’s still challenging here just like it was at home, but I have a lot more helping hands to hold a baby or hold impatient Eddie over. It’s been SO nice to feel like we can breathe again. I didn’t realize how much stress I had on my plate until we got here and it is starting to melt away. Don’t get me wrong, I still have PLENTY to be stressed and worried about, but having help is amazing! 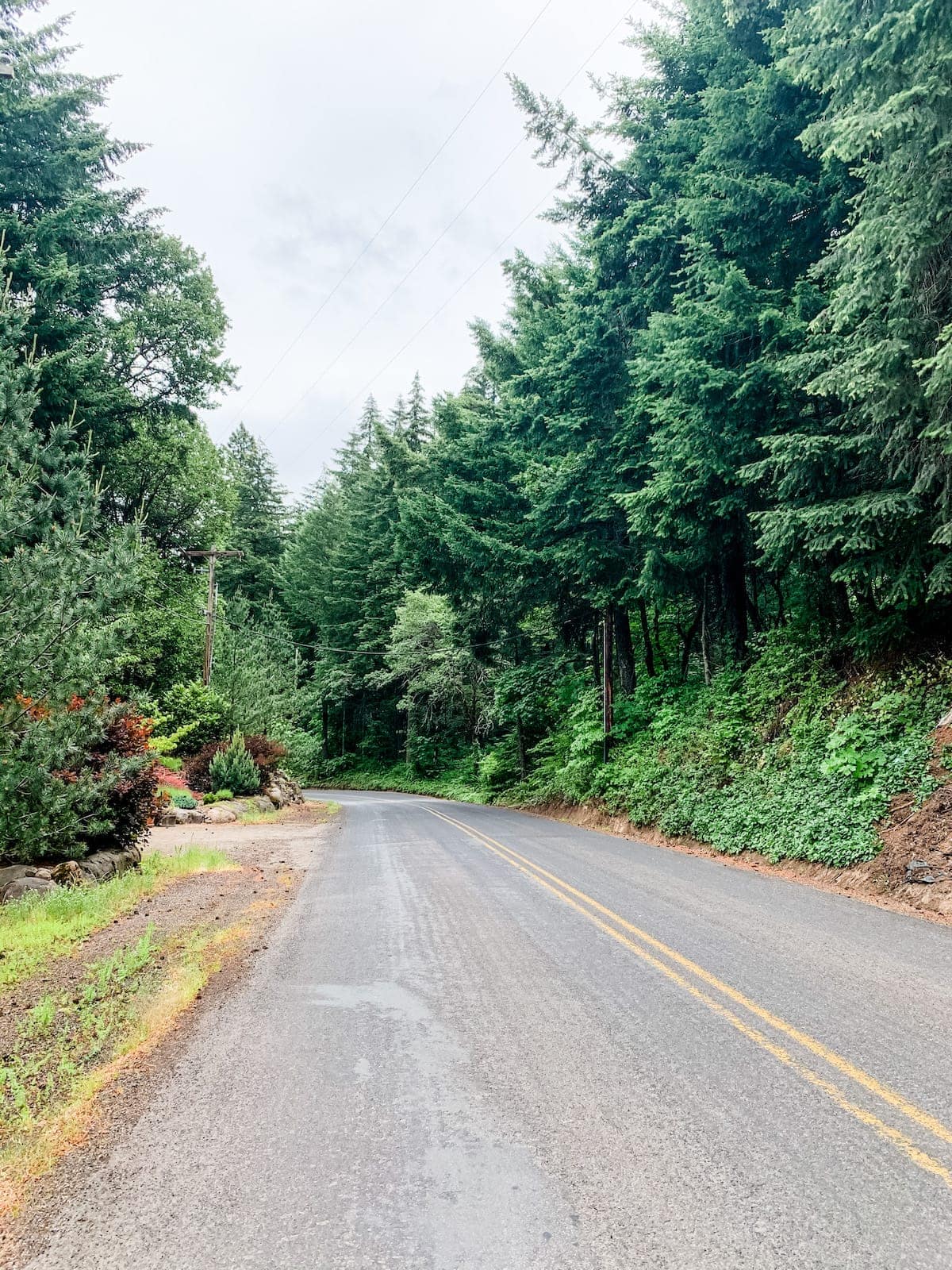 I’m still training for that darn marathon. I’m hoping I’ll find out sooner rather than later if its going to get cancelled. Lots of other races have been cancelled and I’d LOVE to not train hard for this just to have to do it virtually. I probably wouldn’t do it at all and maybe wait until next year. All this running has been really helpful for getting this old body back into shape, though, and for that I’m grateful. I think the NYC marathon is one of the largest out there with 55,000 runners total, so I’d love to run it since I’ve devoted so much time to the training thus far, but if its going to get cancelled, I’d love to NOT do my 22 mile run first. Ha! Running in Oregon is a little more…hilly….but it’s a cross I’m willing to bear to have these beautiful views!

I’ve been testing lots of recipes and my in-laws and sister-in-law have been so so helpful in watching kids/holding babies/keeping Eddie occupied so I can do that and have a little quiet time to work. That is a huge reason why we came, so every 10 minute window I have to sit quietly to type up a recipe or edit a photo, I’m so grateful for. I think it should be easier for me to get work done once school is over for my kids, so we are all counting the days. Ha!

In a perfect world, I’d be able to taste all the recipes I’m testing (and I do taste everything) but I’d love to take more than one bite here and there. BUT, after starting this more strict low-carb diet back in March, I’m finally seeing results quicker and quicker because the extra pounds are coming off. The less I have to come off, the more obvious the results. I hardly weigh myself so I have no idea where I’m at number-wise, but my tight pants are starting to become quite comfortable! Not loose yet, but we’ll get there. I’m confident Gordon will see me in August and see an obvious change. Something else I’m excited about. 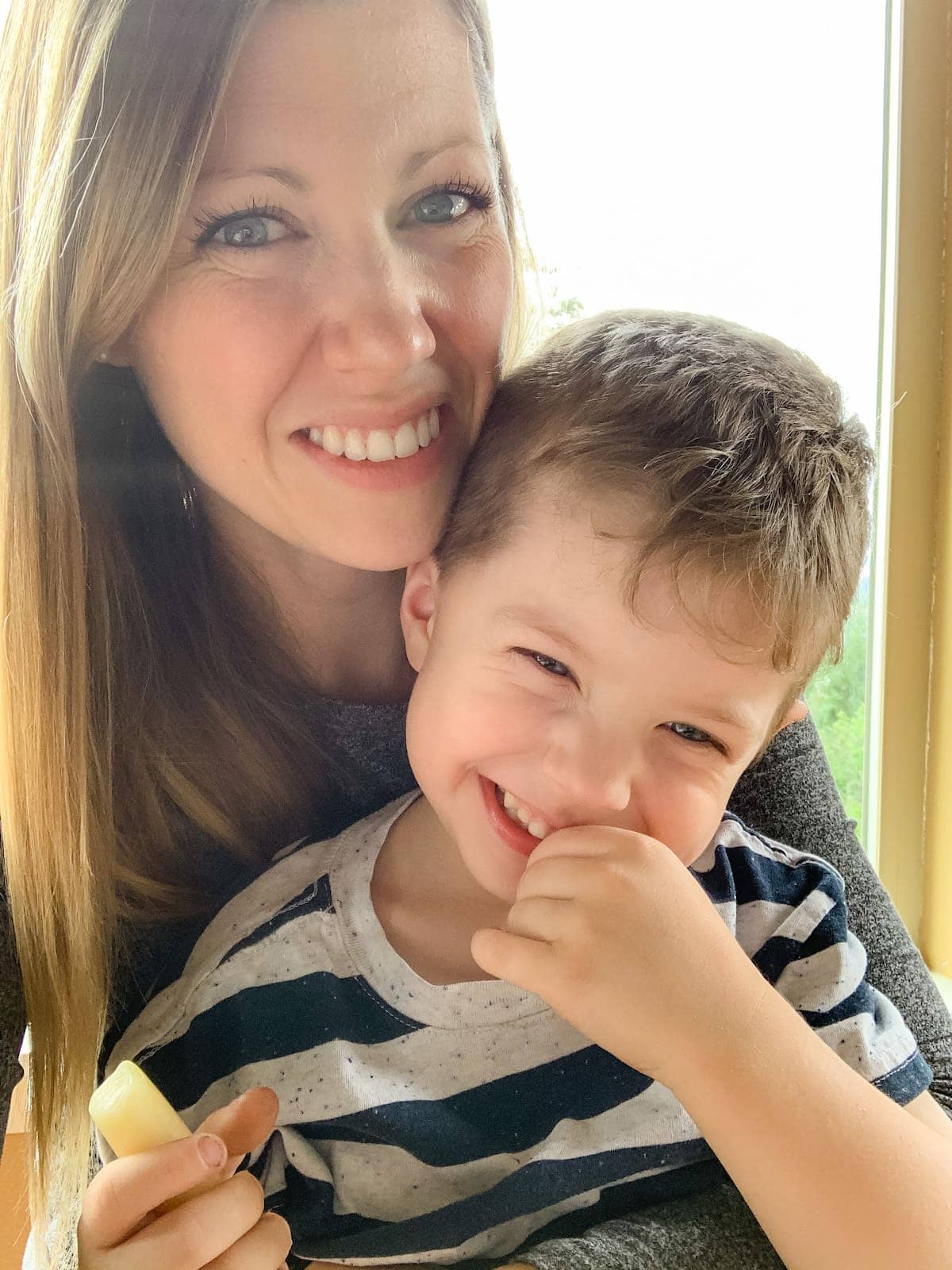 I am testing eight new recipes this week! Bring on the yummy food!

We are laying pretty low at my in-laws until two weeks are up to quarantine ourselves and not spread anything incase we happen to be sick. So, we’re pretty boring people right now. Lots of outside time! And we’re hoping our boxes of clothes we shipped show up this week. Ha!

More exercise and running! I didn’t think I would miss my Peloton bike as much as I do, but here we are. I really should be focusing all my time and energy on running though, so I guess its a good thing.

Anyways, that’s where we’re at for now! Hope you all are staying safe and healthy! And if you have a quick minute, could you send a quick prayer up for Gordon? Thank you!!