It’s been a hot minute but here I am with another update! Hallelujah!

Ya’ll, I wish I had more to tell you, but we’ve been laying low at Grandma and Grandpa’s house, taking it easy because summer and pandemic and and and…well, the kids have been taking it easy. I’ve been working away at this blog and upcoming projects and my newest dessert blog. Did you know I started a second blog? Because my life isn’t crazy enough. But, I’m actually super excited about it even though it makes me even more busy. Absolutely check it out!

A few weeks ago, I was able to fly to see Gordon for a super fast 40 hour weekend! It was so so fun to see him and be able to relax and feel like I’m married again. We went driving around different neighborhoods, hitting up old restaurants we love like Cafe Rio and Cava (so so good!) and we even found a Coldstone which is the spot Gordon and I went on our first date. We haven’t been back all that much through the years, but sometimes when we see one, we’ll pop in and reminisce about old times. So crazy how far we’ve come. 13 years married this November! Bananas.

Porter is *this close* to crawling. I’ve absolutely seen him crawl several times, but he figures scooting around with his army crawl is quicker and so he quickly shifts from his knees down to his belly and gets to where he wants to go. In his defense, he is pretty darn quick! He has 1 prominent tooth popping through his gums with another one right behind. He still is the world’s happiest baby and loves playing, getting dizzy, being flipped upside down, blowing raspberries and throwing or spitting his food. He is the very definition of delightful. He loves his schedule and staying on it and I love obliging. 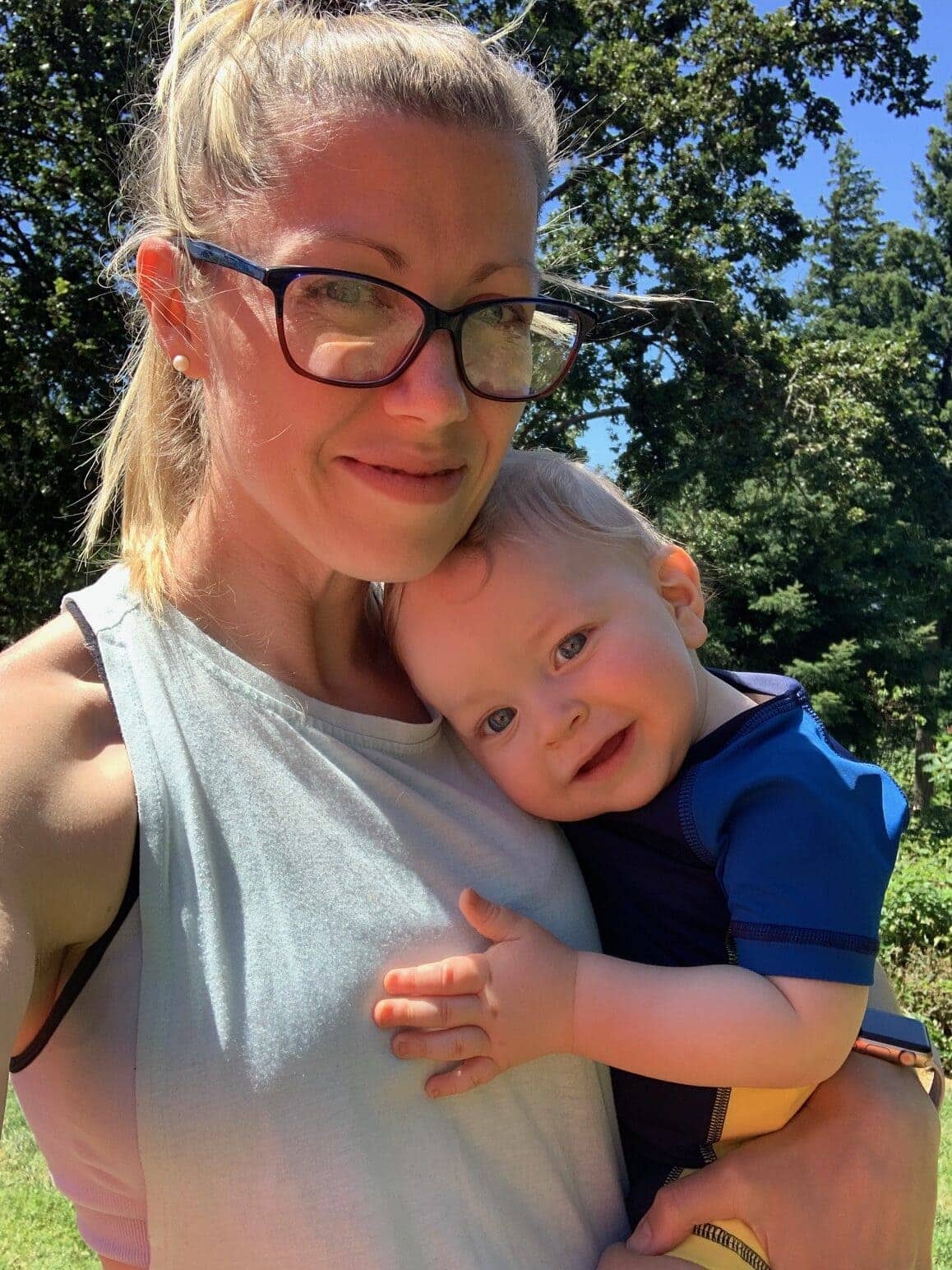 My three oldest love the slip n’slide and thankfully Grandpa is willing to put it up and take it down daily for them (even though we’re 99% sure we’ve killed his grass!) The trampoline in the backyard has gotten a little old for them and its not quite as exciting as it was last month but still fun that it’s an option. It’s been incredibly hot here, so I stay inside with Porter most days while I watch them outside. It works out pretty well for the most part.

The good thing about us previously living in Oregon is seeing old friends! We were able to pick up and keep one of Brooke’s friends for five days last week and it was glorious! Brooke was in heaven to have another girl. I took them downtown to window shop, we made treats, they stayed up late watching movies, they did the slip n’ slide every day and couldn’t stop giggling about their madlibs. The tween age can be such a challenge sometimes, but friends make it easier!

Actually, just the other day I told Brooke to recognize how she was speaking. I said something along the lines of “you have the power to either build people up or tear people down with the words you say. Pay attention with how you say things and try to always build people up.” I was talking about her brothers mainly and it has helped significantly. I’ve noticed a big difference. Yay for one parenting win amongst a long string of fails. Haha. 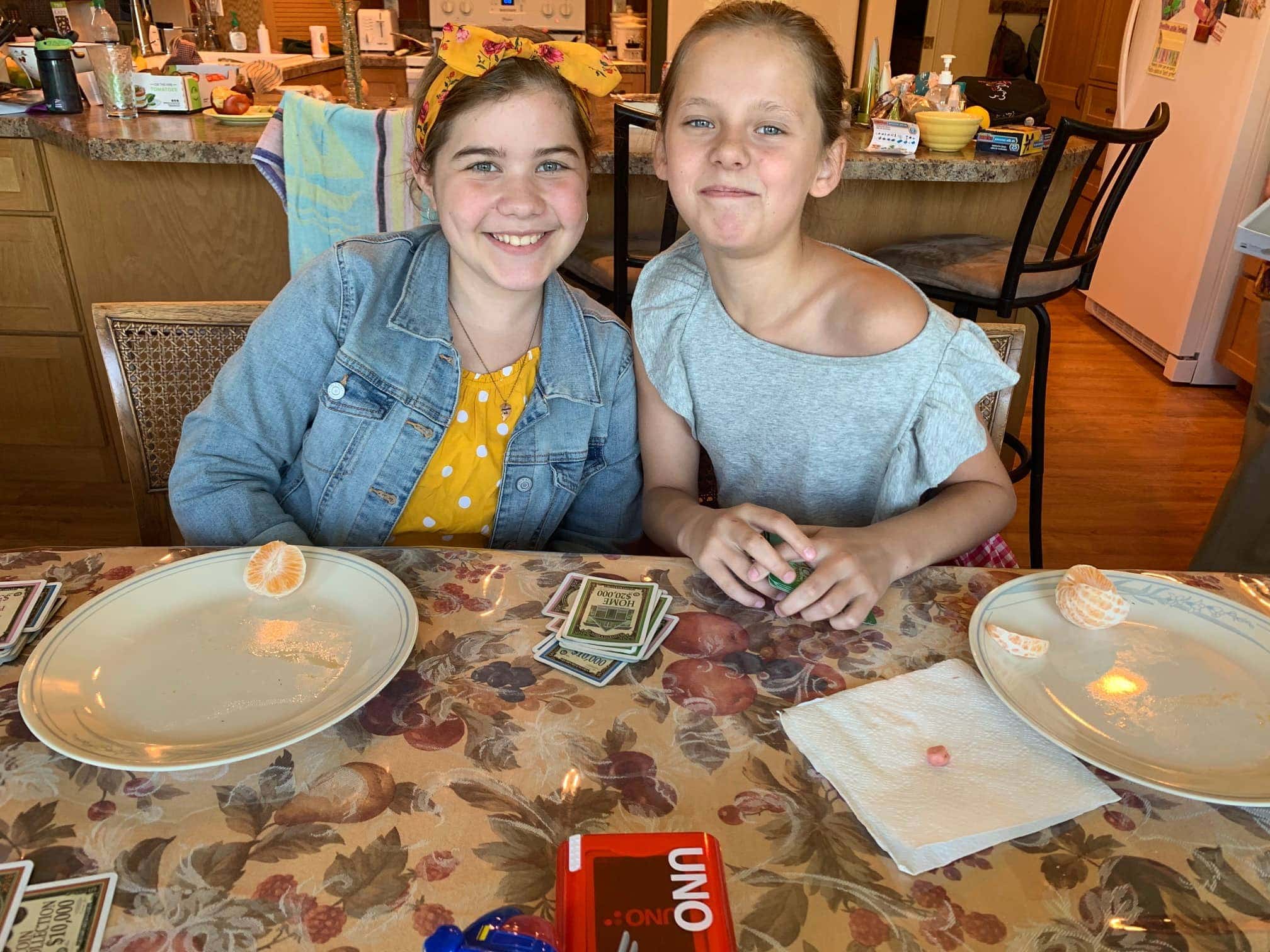 This past Saturday I ran a half marathon. Before you get excited, I ran it by myself in the most unorganized fashion in town but it was great! The last three miles my stomach was in knots because I really had to pee, but besides that I thought it went pretty well. I also slowed down quite a bit those last three miles because I kept going back and forth between peeing in some random bushes or holding it (I held it). I’m trying to keep up my endurance and continue to run since I was able to sign up for the 2021 NYC marathon. Looks like I’m a runner again. Ha!

I’ve noticed another pair of pants starting to get loose which I’m thrilled about. My weight is mainly carried in my lower half and any extra inch or pound I can lose in my lower half is a huge win for me! I don’t have a scale here so all I can go off of is how my clothes are fitting and how my body is reacting to the workouts I put it through. One great thing about Gordon not being here is when I do see him again, he is quick to notice the progress I’ve made which I appreciate! When he picked me up at the airport when I flew back to visit, that’s one of the first things he told me…how athletic my body was looking. (progress!!!!)

Gordon will be visiting us this coming week in Oregon for a vacation of his own finally! He’s been so busy with work that its been hard to schedule vacation with his boss but finally FINALLY he gets a week off! It will be such a fun time to be all together as a family. I swear there is nothing better than being together as a family. 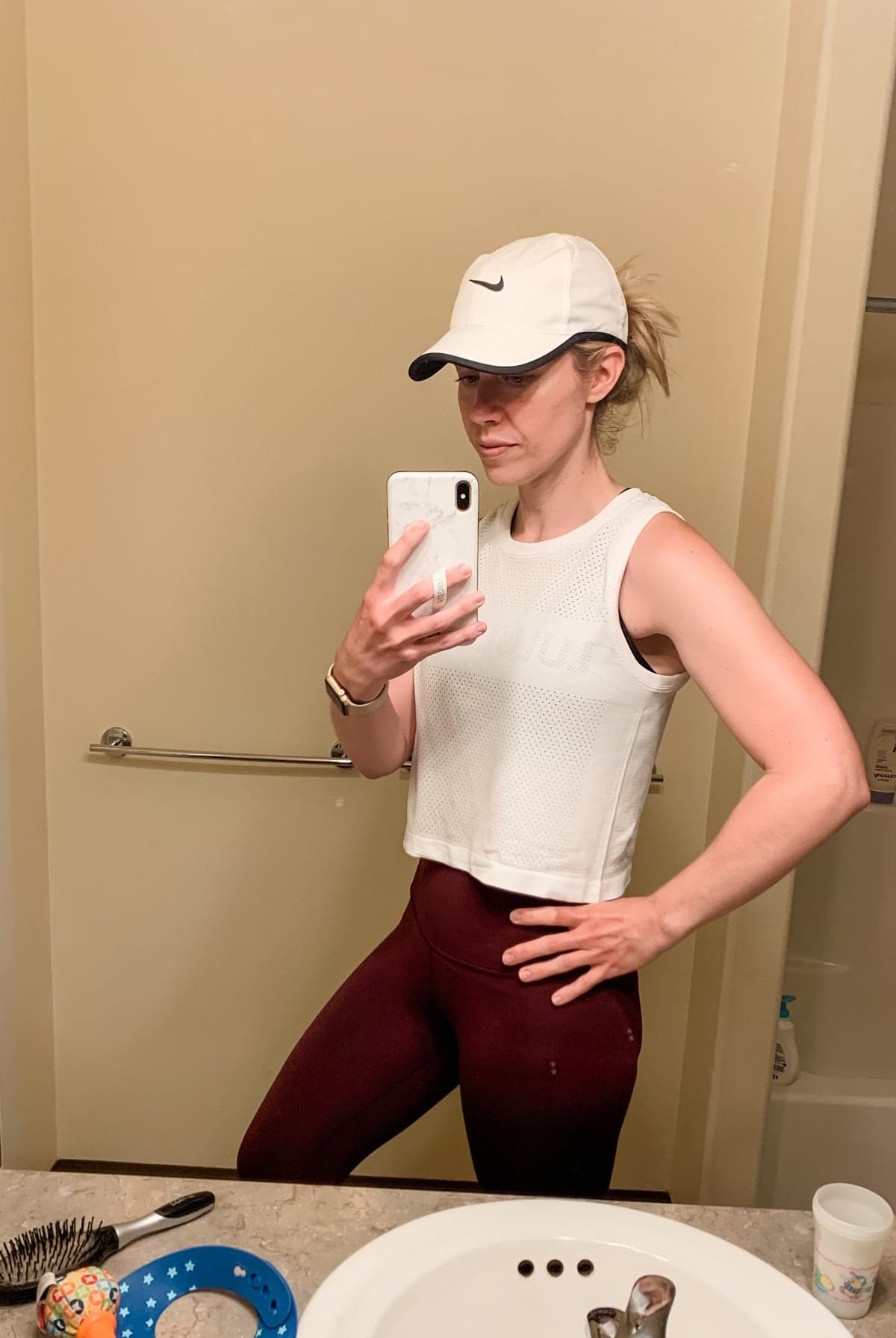 Eddie turned a corner and is starting to realize that his life gets significantly better when he listens! He used to fight me about getting dressed and brushing his teeth in the morning and in the past few days, he’s been doing it quickly and willingly! I don’t want to jinx it but this is huge for him! He really doesn’t like being alone at all and getting dressed alone in his room really eats him alive, but he’s getting so much better at it! Can’t believe he is going to be in Pre-K this year! Go Eddie go!

Gordon is coming and I am so excited!

For our vacation, we are spending a few days at the Oregon coast! Getting to the beach to dip all our feet in the ocean is something I’ve been looking forward to all summer long. We have a ton of flight credits from our cancelled vacations in the spring that we want to use but haven’t found a good time to use them. One day….