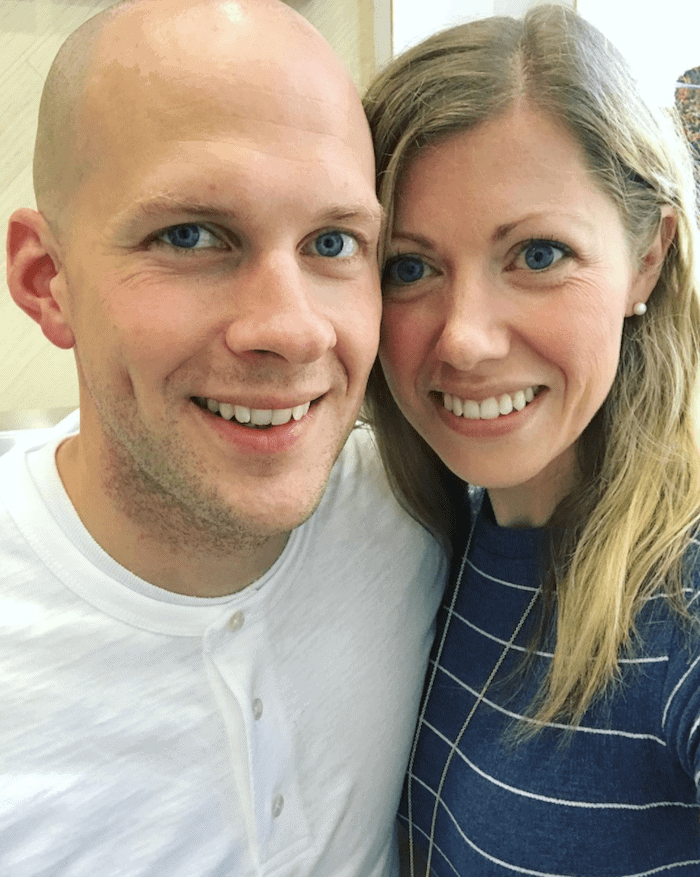 What a week what a week! We were busy with my side of the family and then traveling….again. We’re certainly staying busy this summer.

We started out the week in Canada with my family. Last Sunday, we drove home from camping and enjoyed sleeping in actual beds, though I had a sweet set up in my tent with just Eddie and my way way better than an air mattress sleeping choice 😉

Once we all tended to our bug bites and battle scars, we mostly just pool hopped all week! I wish I could have joined Brooke on a few of the many occasions she swam, but I was typically home with both boys so she could do her own thing with her cousins in the deep end.

Oh, and that brings me to another thing: Brooke was totally swimming around in the deep end with no life jacket or anything! Usually, she would never attempt anything like this even though she KNOWS how to swim…she just usually has a few hiccups between transitioning between treading water and actual swimming. But my sister was like “I thought she could swim just fine BECAUSE SHE WAS SWIMMING JUST FINE” once the group got home. So, apparently, Brooke can swim just fine in the deep end. Go Brooke! 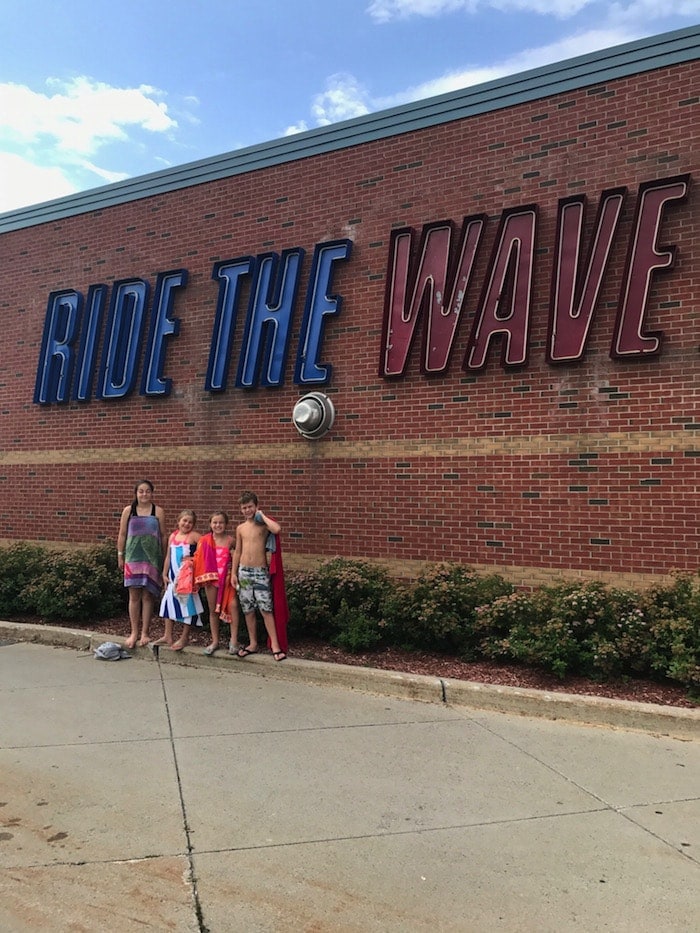 I did end up sneaking away to go to the wave pool (an indoor pool that makes waves…hence ‘wave pool’) and that was so so much fun! I remembered coming here as a kid and going down the water slide and grabbing a kick board and hanging out going over and under the waves. SO GLAD I could share that with her and some of the cousins.

I also at one point took all three kids to a neighbor’s pool and that was a disaster. Even with holding Eddie in a life jacket and Blake in a life jacket with TWO pool noodles, they both couldn’t stop crying/whining because “there’s water everywhere!!“.  One of my sister’s had a little success with Blake, but that was generally short lived. I don’t know what I’m going to do with those two.

Also, do you know how hard it is to hold two crying kids who are strapped into life jackets?  You should give it a whirl sometime and try to NOT look like a hot mess. It cannot be done!!

On Friday, we drove home back to New York and I DROVE IN MANHATTAN TRAFFIC AND LIVED TO TELL THE TALE. I was completely dreading this because the more pit stops me had to make (food! potty! dirty diapers! potty! potty! dirty diapers! food! potty!) the later we’d arrive. By the time we were driving through the city it was 5:30 pm. PERFECT. I had no choice. So I white knuckled it the whole way, never letting my hands stray from the ten o’clock or two o’clock positions. I did get a few curious/disgusted looks from people…probably because I’m driving a dirty mini van, stuffed full of things (and children) with Idaho license plates.

But, no one honked at me so that is a total win in my book. Successful trip, methinks. One I will never do again without my husband.

And, I was so so happy to be home. Yes, our home is tiny, but it is ours and it is starting to feel more and more familiar and for that I am grateful.

Blake asked me a few separate times this week “when are we going to our new house?” and I ask “do you mean the apartment?” and he says “NO! The big house in Idaho!” I hate breaking the news to him every time that we’re never going back to that house. Poor kid. I miss it too, Blake. I miss it too!

In other news, Blake says “ree-partment” instead of apartment and it is the cutest.

Saturday, we took family photos in Central Park and I’m hopeful they won’t suck. It was 90+ degrees out and no one was very happy, soooo there’s that. But at least Gordon and I will have sweaty smiles on our faces. I wore this dress incase you’re wondering and it is so gloriously comfortable. 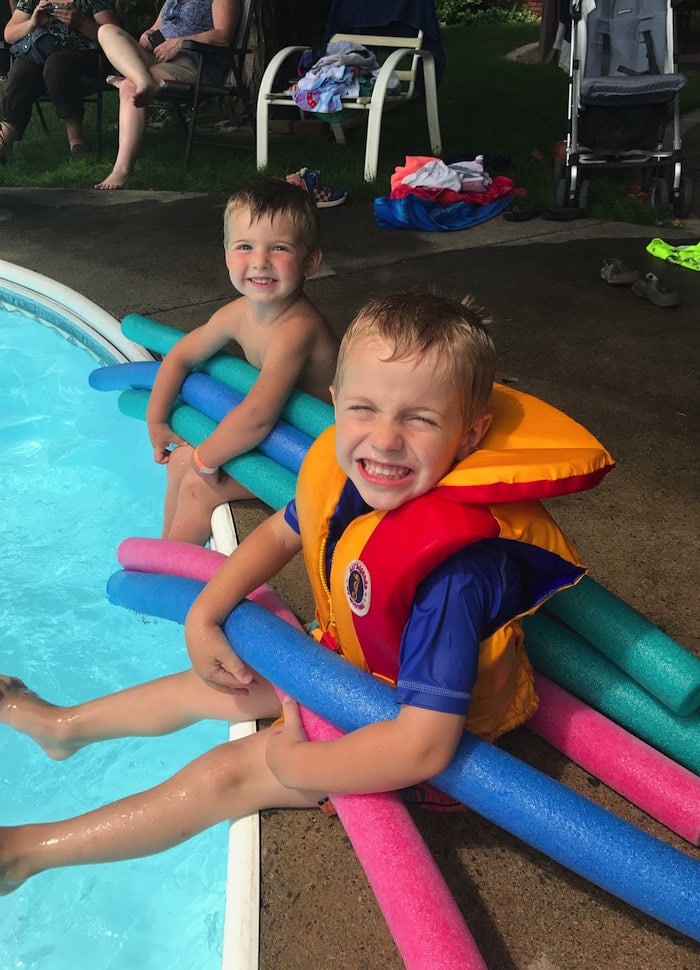 Gordon’s birthday! THIRTY TWO!! We’re getting older. Yikes. I’m trying to come up with fun and small gifts or experiences we could do together as a family next weekend since he won’t be here during the week. Thoughts anyone? I have a few ideas but some of them involve no kids, so we’ll see.

I’m also taking my kids to the pediatrician so we can establish a doctor here. They literally cleared their schedules for all three of them this coming Thursday afternoon. It never ceases to amaze me how different we are and how different we feel when compared to others in the city. When I’m walking down the street with all three I feel like a black sheep slash borderline circus freak. But on the subway, we always get kind people smiling and asking us questions. I think I just need to get over it though. Yes, we are different than you and we love our life with our three kids! If God would make my body work correctly, I’d have 17 more! (But only if they come out sleeping 8+ hour stretches. K thanks bye.)

Believe it or not, we are transferring Eddie to the bottom bunk of our triple bunk bed this week! We are getting the bed rail tomorrow, so here’s to hoping he likes this new freedom. We tried him in it for his nap this morning (watched him like a hawk) and he slept like a champ so, here’s to hoping he transitions easily. We’d put him in a toddler bed, but we have no room for a toddler bed. #nycapartmentproblems So, triple bunk it is! *nervous laugh*

Ed will be 18 months in 6 days. I’m hoping he will sleep past 5:30am at some point soon in this little life of his. I love him so hard, but it is SO HARD being his mother.

*I think* I have a babysitter for my kids. Nailing it all down this week. (Freedom! Quiet! Siestas! Conference calls without screaming toddlers! Not sharing food! So close I can almost taste it, you guys.) 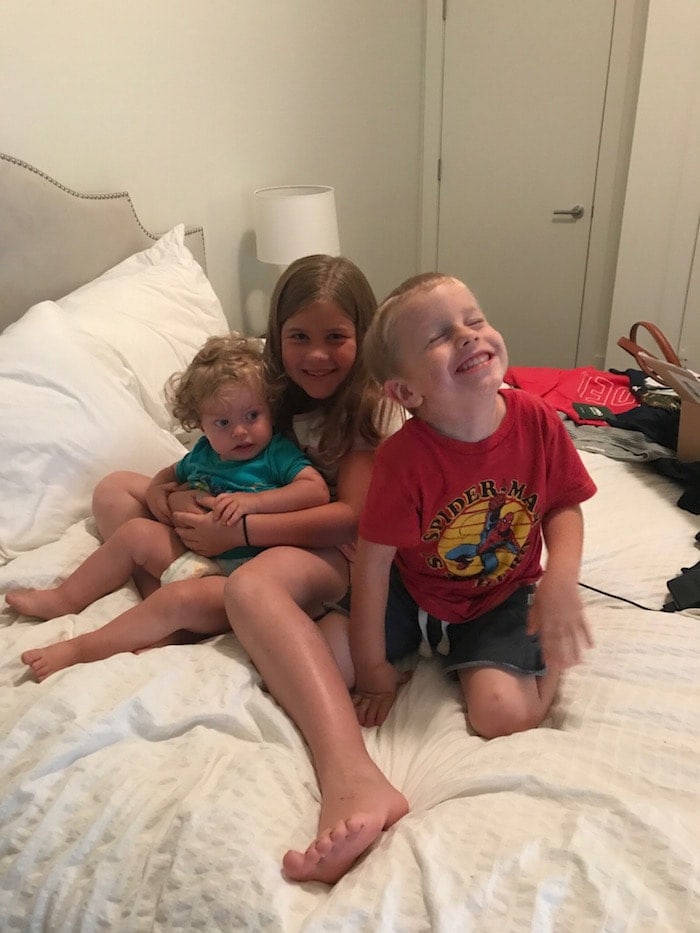