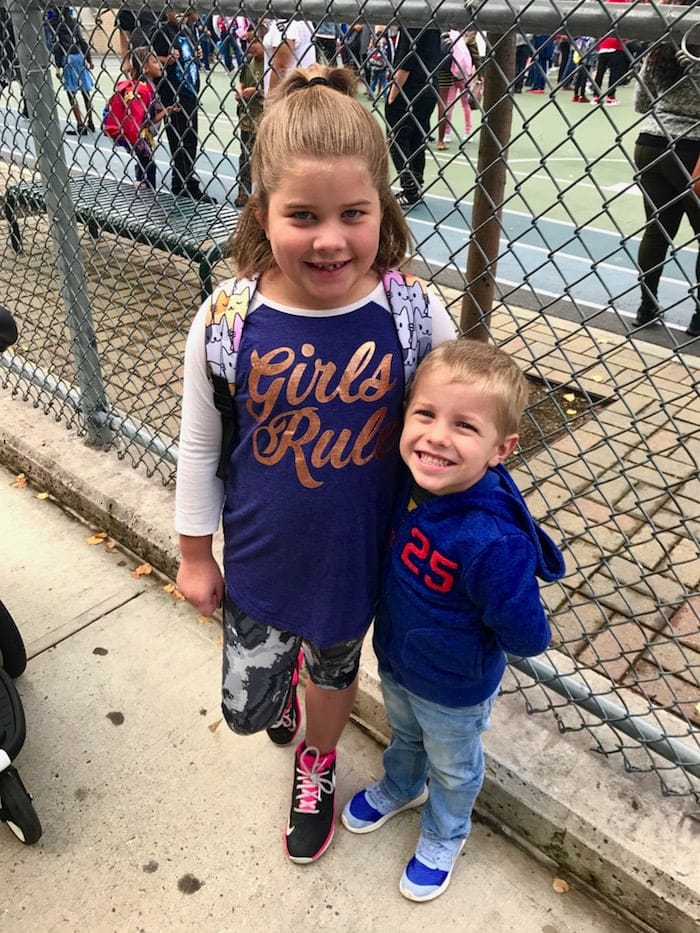 This past week has been great!! Back to school is HERE! Yes!

My biggest news to share is Brooke and Blake started school this past week and we are so excited about it! Well, I’m probably most excited about it, then Blake, then Brooke. Haha! I’ve had my kids with me 24/7 since June 1st when we were rolling out of Idaho on our way to NYC. So yeah, this day couldn’t come fast enough for me. We all thrive off of schedules, proper bedtimes and the same daily patterns so we are thriving now that school has started.

Blake got seriously lucky by getting admission to the same school Brooke got into and his teacher is amazing! I couldn’t be happier. It is such a huge blessing to have them at the same school, not just because it makes my life so easy (I drop them off and pick them both up at the same time in the same place), but because their elementary school is considered to be a very good public school. I was really concerned that I wouldn’t be able to figure out the school system because its so different in the city, but after making lots of calls and getting our apartment, it was much easier than anticipated. So hooray!

Through Pre-K orientation, I’ve met lots of parents and they all seem surprised that I have 3 kids. One of them called me a “New York Unicorn” because no one here has three kids. Haha! All of the parents are way more friendly than many other parents in Idaho. Actually, they were friendly in Idaho, but no one went out of their way to say hello. But here, all the parents walk and are waiting all together outside in the same areas so we all talk with one another. (In Idaho, we’d just wait in our cars for our kids.) I’m super awkward, but it’s really nice getting to know people. I see playdates in our future 🙂

Eddie’s sleep has been slowly deteriorating, waking up several times in the night again. I can’t let him cry it out because he shares the room with two siblings who need their sleep, plus we have neighbors and thin apartment walls. Lately, he’s been up between 3 and 5am and then will be up every 30 minutes until its actually time to wake up for the day. This boy has always been an awful sleeper, so I’m not sure why I would expect any different, but I kinda thought the older he got the better he’d be at sleeping longer stretches. He had been fine for the last month when these night wakings started up again. Darn baby!!

I loaded up my stroller and took a ton of stuff to Goodwill this week. Our apartment is only so big and I’m constantly fighting the urge to just throw everything out. It was a definite balancing act. I had two large garbage bags filled, plus a few grocery bags too. I tried to go over bumps slowly so nothing toppled over. Slowly and very carefully we made it there. Done and done.

Brooke started some volleyball classes this past Saturday morning and the first class was a bit of a bust. She said the teachers were “too mean” because they were encouraging the girls to push themselves harder. (Brooke is really sensitive, so its hard to not offend her when you’re encouraging her to try a little harder.) So, there are 5 more classes and I’m debating whether or not to force her to go. I told her she needs to go to at least 3 classes to get our monies worth out of it, but she is not looking forward to the next class. Womp womp. I’m really hoping that this next class will be much better because she knows what to expect?! Maybe I’ll have Gordon take her… Haha!

My husband was home for the weekend as usual and after Brooke’s volleyball class, we met up with the boys and went to the Lego Flagship store in the Flatiron District. All three of my children plus Gordon were in heaven! Gordon loves lego and all of my children have followed suit. So they spent a big portion of the weekend immersed in building their new lego sets. 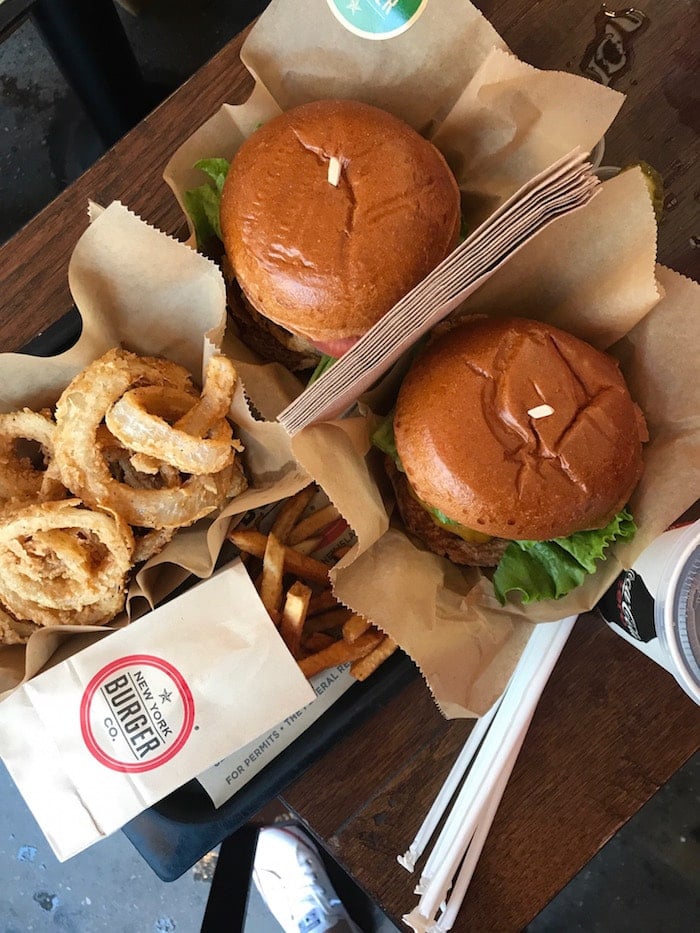 We ate lunch at a burger place called New York Burger Co. and it was pretty good! At first we walked into a different burger place around the corner and were about to order food when we realized it was a vegan burger restaurant!! Haha! “Hey kids, would you like a lentil burger or a kale and quinoa burger?” So we slowly backed up and left. And then enjoyed some beefy burgers at the joint around the corner. We went around 11:30 and it was a great time to go. Not too busy and was relatively quiet. Plus their onion rings were pretty YUM! I never turn down an onion ring 🙂

I also grabbed some donuts from Dough and they were so so interesting! I was expecting a regular donut, but these weren’t like any regular donuts I’ve ever tried. They were HUGE and were all made from brioche dough! Holy moly batman!! I was trying to figure out why they were so different and after some quick googling, I figured it out! Brioche dough is like 50% butter…and add on top of that a dip in the deep fryer and HELLO LOVER. My favorite was the cocoa nib, but the kids loved the salted chocolate caramel because the topping was sticky. A fun stop for sure! 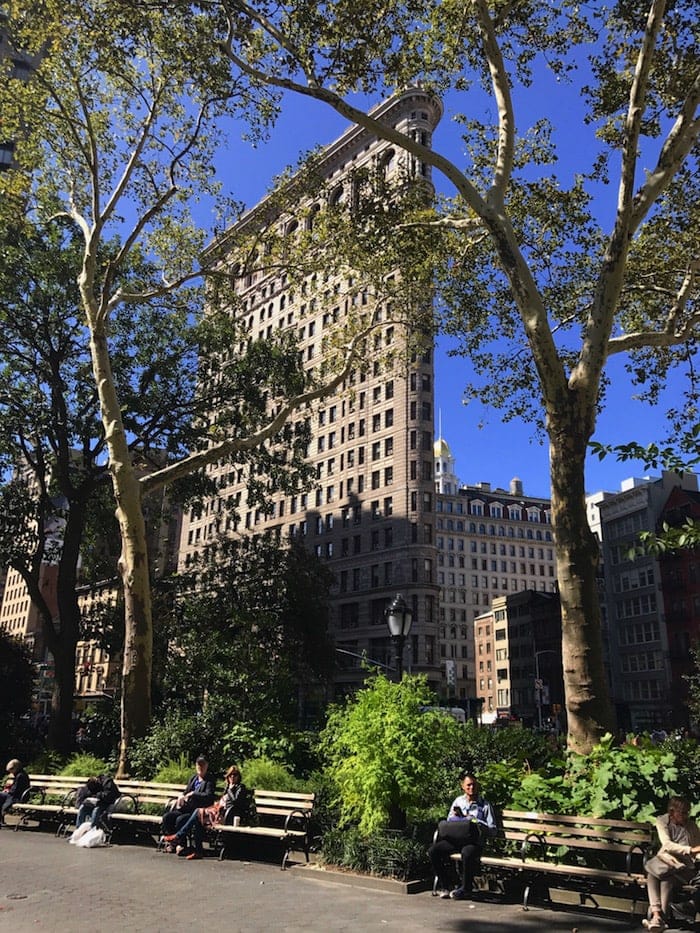 Blake starts soccer this week! Which reminds me, I need to grab some shin guards for him. This boy loves to run, so I’m excited to see how he does. He’s on a team with a bunch of other 4 year olds. So cute!

I’m on the hunt for another nanny/babysitter to help me 2 days a week with Eddie while my kids are at school. Let the interviews roll!

Gordon requested some vacation days off in March (so far away!) for us to celebrate our 10 year wedding anniversary. Hopefully we’ll hear back soon whether those will get approved or not. We technically will celebrate in November when the actual anniversary is, but I want to do something bigger because its a great milestone to hit and I deserve a freaking vacation after everything I’ve done this past year. Selling our house, selling our stuff, selling our car, packing what we have left, driving my kids across the country alone, getting settled in a new city, etc etc. I’ll be happy when this year is over.

ANYWAYS…hopefully we’ll agree on a place to vacation! I want to go somewhere far away where it’s warm and tropical and he wants somewhere cooler that is mountainous and beautiful. Decisions, decisions. Any ideas as to where we could go?

Have a wonderful week!!