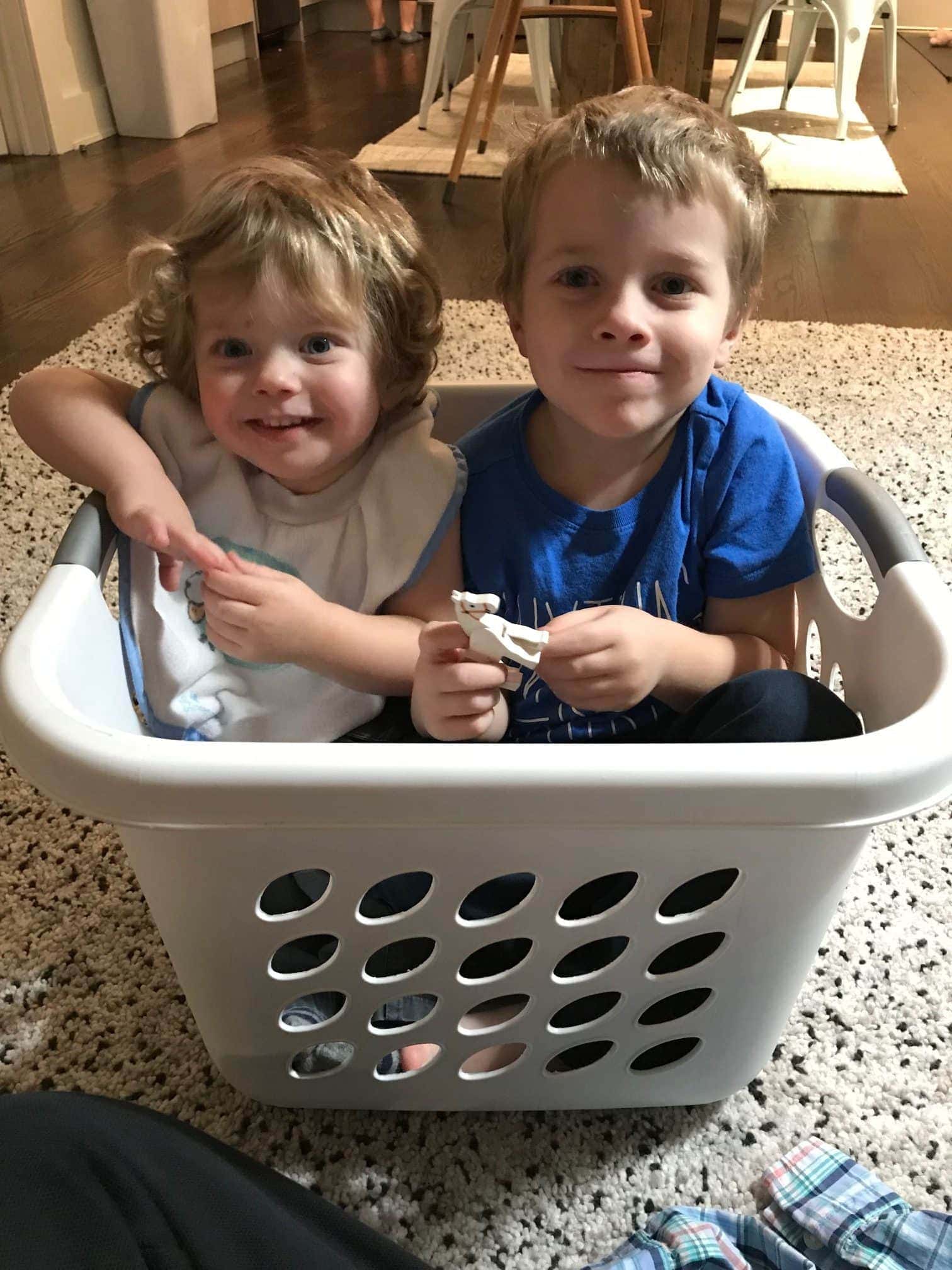 This week has been a busy one and I can’t seem to recall quite what I got accomplished this week! Ha!

Monday I made it to the gym. The only time I went this week. Oh well. Better than nothing! And Eddie stayed in the kids club the whole time and only cried a minute or two!! Growing up, that boy!

Tuesday Gordon was in the office, so I was able to meet up with him for lunch. I’m usually busy every day with something, and come to think of it, he’s probably only in the office 25% of the time. So I take advantage of when our schedules align. I love him. I also did my Instagram live about blogging Tuesday afternoon! If you missed it, you can read the details here.

And because my pants are already tight, I decided to push them over the edge and Tuesday night went out with some friends (yes, friends!) because its Restaurant Week in NYC. We went to David Burke Kitchen in Soho and the chicken I ordered was phenomenal. I also tried some squid ink pasta (meh) and lamb meatballs (also meh because I don’t like lamb), but the chicken was legit on FIRE. So so tasty with the mashed potatoes and gravy. If there were a way for me to recreate that darn gravy, I’d bathe in it; That’s how good it was. So, if you’re in NYC, I’d highly highly recommend the Roasted Goffle Farms Road Chicken Breast. (That’s what it was called on the menu.) The desserts were also tasty, but when do I not like dessert? Never.

Wednesday, I took Eddie to the pediatrician for his two year well-child check up. He’s 24 pounds and in the 11th percentile for height. I think he’ll be a bit of a short kid, but oh well. It just ads to his overall loveability. The doctor also asked about his speech therapy and other ways he communicates. Basically she said since he is perfectly fine with the rest of his development, there is no issues holding him back so I shouldn’t “worry in the slightest”. She also mentioned that she’s from Europe and over there, he wouldn’t be seen for speech until he was 3 or 4 and it was a “real problem” that Americans are silly. (She basically wanted me to stop worrying which will happen never, so good luck, lady!!)

Thursday was a bit of a blur. I think I stayed in pajamas most of the day. I do it because I can!! I actually hate staying in pajamas all day…I feel like I’m accomplishing nothing. So, when I do get dressed, voila! It looks like I accomplished much more than I actually have. Smoke and mirrors, people. Also, I put things like ‘brush teeth’ and ‘wash face’ on my to do list just so I can cross something off because sometimes you just have one of those days. My standards are very low. Clearly.

Friday was a work day and I posted or prepared several posts which always feels good. I like tackling the bigger things on my list when I know I won’t be interrupted. I love a good quiet house.

Saturday, Gordon and I went on a day date to Churrascaria Plataformia, a Brazilian Steakhouse where they bring all sorts of meat around on a stick. Do you know what I’m talking about? That sounds weird after re-reading what I typed. (My husband served a mission for our church and learned Portuguese while in Brazil.) He consistently spoke Portuguese to all the people who came to our table, but no one took the bait! Poor guy. Maybe next time? The prime rib and the sausages served there were my favorites out of everything we tried.

Sunday, Blake was sick so no church for us. Normally, Gordon or I would take the other children, but Gordon has switched over to some midnight shifts, so he had to sleep through the day. It’s a tricky schedule for me to handle, but three days in, so far so good! Haha!

Blake has Wednesday off. Not Brooke, just Blake. So that’s weird. He’ll be going on a playdate to a friend’s house 🙂

Thursday is Brooke’s birthday, so we’ll be having a small little party for her. She will be NINE! So so crazy.

And Friday I’m taking a day trip. I’m renting a car and heading out of town for a little quiet. As much as I love the city, I’m going to try to feel a little like my old self, driving through the McDonalds drive thru for a diet coke and hopefully finding a Target 😉 It’s the little things.

That’s it for now!! Hope you all are having a great week!