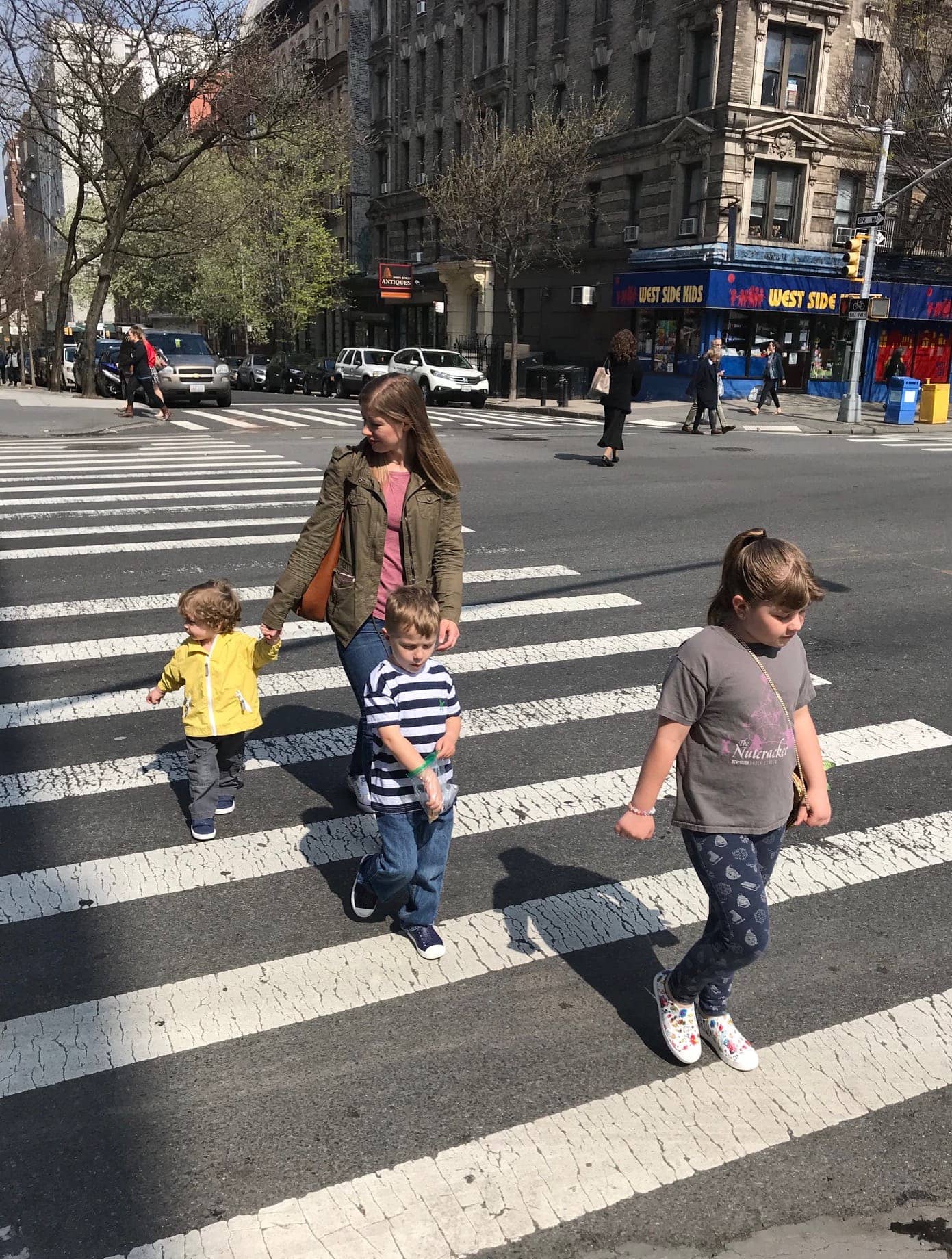 If you follow me online, or even on the blog, you’ll know that it’s been a little quiet round these parts…mainly because I’ve been busy packing my apartment because we moved this past week! We found a larger apartment with an extra bedroom for over $1000 less per month, so it seemed like a no brainer. You can get more info about why we moved here.

So, Monday, Tuesday and Wednesday, we’ve been packing and prepping for the move. Then on Thursday, the movers showed up after we dropped Brooke and Blake off at school. They took everything over to our new apartment around noon and Gordon went over with them to get a head start unpacking. Meanwhile, I stayed back at our apartment to clean as much as I could with a toddler, then picked up a few gifts and flowers for my kids’ teachers (since it was their last day) and cupcakes for Blake’s class. It was a TON of stuff on the stroller!

So, we had a little party for Blake in his class, dropped off the gifts and took the subway to our new apartment! Back again to me riding the subway alone with three kids! However, there were plenty of kind strangers asking to help with the stroller which I took them up on. Not sure if I mentioned this recently (I think I did a few months back) but I’ve promised myself to always accept the help from strangers, even if I could do it all myself. It makes them feel good and it’s nice to help them feel appreciated too.

So, since our move, we’ve been trying to figure out where to fit everything since it’s a new space. Yes we have more space, but the space is different, so we have to get a little creative. Thankfully, we have plenty of closet space and after a big haul from the Container Store, things are looking pretty good, if I say so myself. Yes, it’s an older apartment, but with no nanny and the cheaper rent, we are feeling good again about our retirement and those kids’ college funds! YAY to saving money in an expensive city.

Brooke is in heaven because she has her own room and is decorating how she wants, so hooray for that. 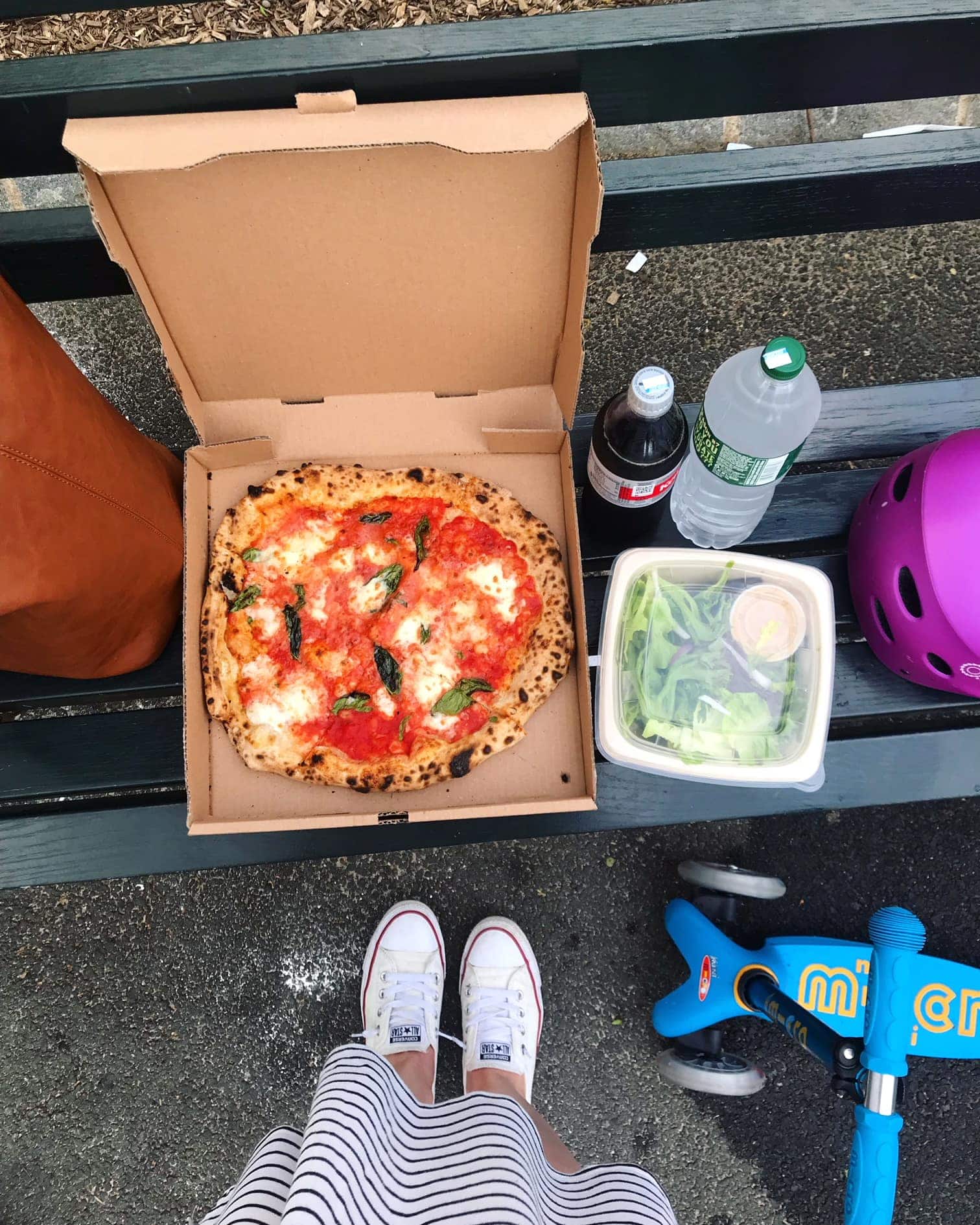 Blake was a little sad that he isn’t sharing with his sister anymore because he much prefers her as a roommate to high maintenance Eddie (I can’t really blame him…he is high maintenance. HAHA!) But after a little coaxing “it won’t be so bad” “it’s the boys only room” “we’ll put your legos up high so he won’t get them”, they are doing just fine.

Friday afternoon, we registered Brooke for school and she started today. I know people think we’re crazy and ‘uprooting’ our kids again and again, but the two little boys could care less and Brooke is excited at the proposition for a better school, with more extra curriculars that will get her (hopefully) into an Art Middle School. Can you believe that you have to apply to middle school here? It’s like college applications, but for 12 year olds. We were going to wait to move and let her finish the school year at her other school, but after talking to some other parents at the new (highly sought after school), we knew we had to move before the end of the year in order to get Blake into Kindergarten at the same school as his sister. It’s so tricky here!! Our hands were ultimately tied, so after finding a steal of a deal for a 3 bedroom apartment on the Upper West Side, we knew we had to pull the trigger sooner than later. So here we are.

Sunday, we walked(!!!!) to our new church and were delighted to find other parents with kids our age! That was a big challenge for us at our previous location, which I’m sure you all remember me complaining about.

I think delighted is a great way to put the way we feel about our new move. Yes, its a change, but everything for the better. It’s a larger, cheaper, albeit older apartment, in a great location, close to central park, close to riverside park, very close to school and walkable distance to church. I’ll hardly have to take the subway with all three kids again. Glory be! Gordon does have a bit of a drive to get to work (30 min or so) but nothing awful and in his opinion, it’s worth it for more space.

Here’s what’s coming up this week:

Brooke started school and will continue to attend. We got a tour and it’s really quite lovely…not that her last school wasn’t lovely. We’re just excited, I think.

Blake will be doing some joy school with me to finish his Pre-K year, but will go back a few days to his old school a few times when Gordon goes to the office. (His office is really close to their old school.)

We will ideally be finished unpacking by the time I write another family update next week. I’m not holding my breath or putting pressure on myself, but it would be nice. Not gonna lie. I have ordered some furniture and other decorations that should be getting here soon too.

Have a great week, friends!