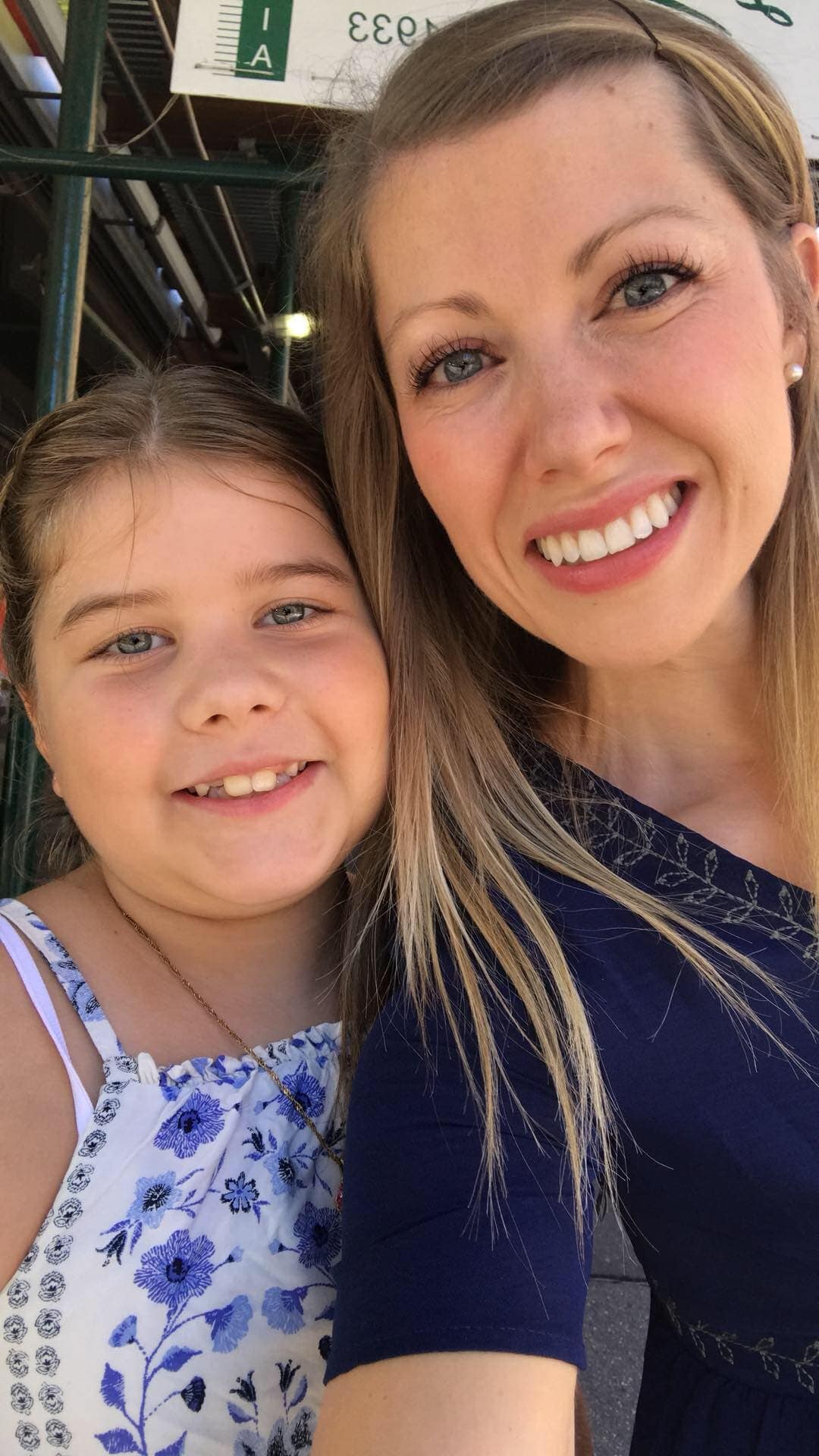 Rain rain go away! That was the theme of the week!

Here’s what happened this past week at our house:

Tuesday and Friday I had some workouts scheduled with my trainer and he took my stats! For those of you who don’t know, I’ve been quietly working away on some physical goals and haven’t really broadcasted it in any way. I’m mainly trying to gain more muscle mass and reduce my body fat. Even though I am at the lightest I’ve ever been in my adult life, I was very jiggly. So, I’m trying to switch my body composition. I was so darn nervous to get my stats, but I lost just under 5% body fat and gained 1 1/2 pounds of muscle in six weeks! I was so surprised because I haven’t been super strict with myself. That was the #1 rule my trainer told me. He didn’t want me to be strict with weighing my food or figuring out calories and macros. (I used to count my macros and was so surprised when he told me this.) If we are super strict, then it’s easier to mess up and ‘fall off the wagon’. So the only guidelines I received were: having protein with every snack or meal, drink my water and lay off all the sugary sweets. So, that’s what I did (with my workouts) and tada! It’s working. I really like this approach because its easy to do. I have to reign it in when we go out to eat and make sure I don’t eat all.the.bread, but besides that, I’ve been able to enjoy cake and ice cream here and there and not worry about it too much. It was definitely an adjustment reaching for protein instead of carbs (mainly crackers), but I think I’m just about there. So hooray! I’m excited to see more results.

Eddie started preschool this week! He attends school Monday and Thursday. At first he was totally fine, but later the teachers told me he cried and had a hard time. Poor boy! He’s NEVER had a hard time adjusting which is so strange to me that it’s just showing up now. I think it’s just a lot of new stuff for him to take in at once. But, I’ll give him a few more weeks and hopefully he’ll adjust.

We had two decent sunny days where I did a whole bunch of recipe testing and now I’m in the process of writing blog posts for them now. After not being on the ball and having a lot of grey ‘blah’ days, I was finally able to get some sun and make it happen. Excited for the recipes to come 🙂

My older two had Monday and Tuesday off of school. Again. Ugh. I swear there are SO many days off in September here. After having everyone home Monday and Tuesday because of the rain, it reminded me how I dislike being cooped up inside with ALL of us. NO THANKS. I had flashbacks to Summer and it made my eye twitch.

Blake’s reading skills are getting better and he is interested in pointing out words and letters he knows and the desire to learn them is totally there. So we will be doing more of that this week. We did get a bunch of books from the library to help with the reading, but we have managed to lose half of them. Howwww is this possible? I have no idea.

Brooke had a birthday party that she went to on Saturday night and the apartment we went to was enormous. #goals While Brooke was partying, Gordon and I had a quick date and went to the gym. That was how we spent our wild Saturday night. And then went out for a late dinner, picked Brooke up and walked home with a very hyper girl! Pretty sure Brooke is an extrovert. 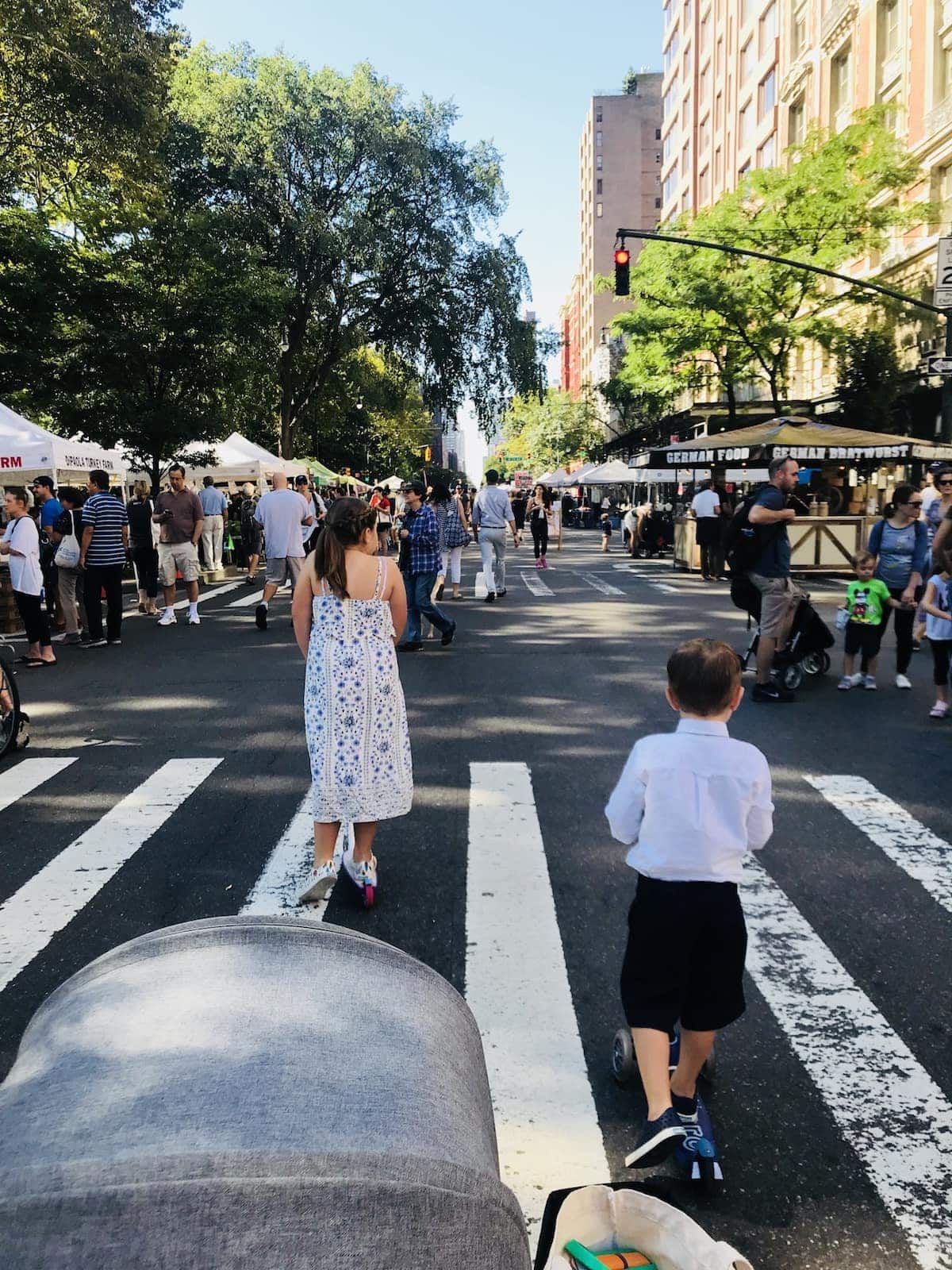 Sunday morning, there was a street market down Columbus Ave on Sunday, so the kids got to ride their scooters to church, right down the middle of the street. At some points, there were less people on the side walks than were on the street, so we kept hopping back and forth until we made it down to Lincoln Center (where our church building is).

At some point in the week, Gordon took all three kids to the park and Brooke gave piggy backs to her brothers. When she puts in the tiniest bit of effort to be a good sister, it makes such a big difference!

Blake AND Edward hit their heads on miscellaneous objects, Blake on Saturday, Eddie on Sunday and both times I was concerned that we’d have to take them to go get stitches, but alas, all is well and Gordon assured me their heads would heal. I’ve never had stitches, so I don’t really know what to look for. Both appeared to be huge gashes, but apparently they weren’t that deep, sooooo we didn’t take them to go get stitches. If they end up having awful scars, we can all blame Gordon.

Gordon has been working like a crazy person and we haven’t seen much of him this week, but when he is home, he is making it count, like taking the kids to the park so mommy doesn’t go crazy. Ha! Kidding….sort of. 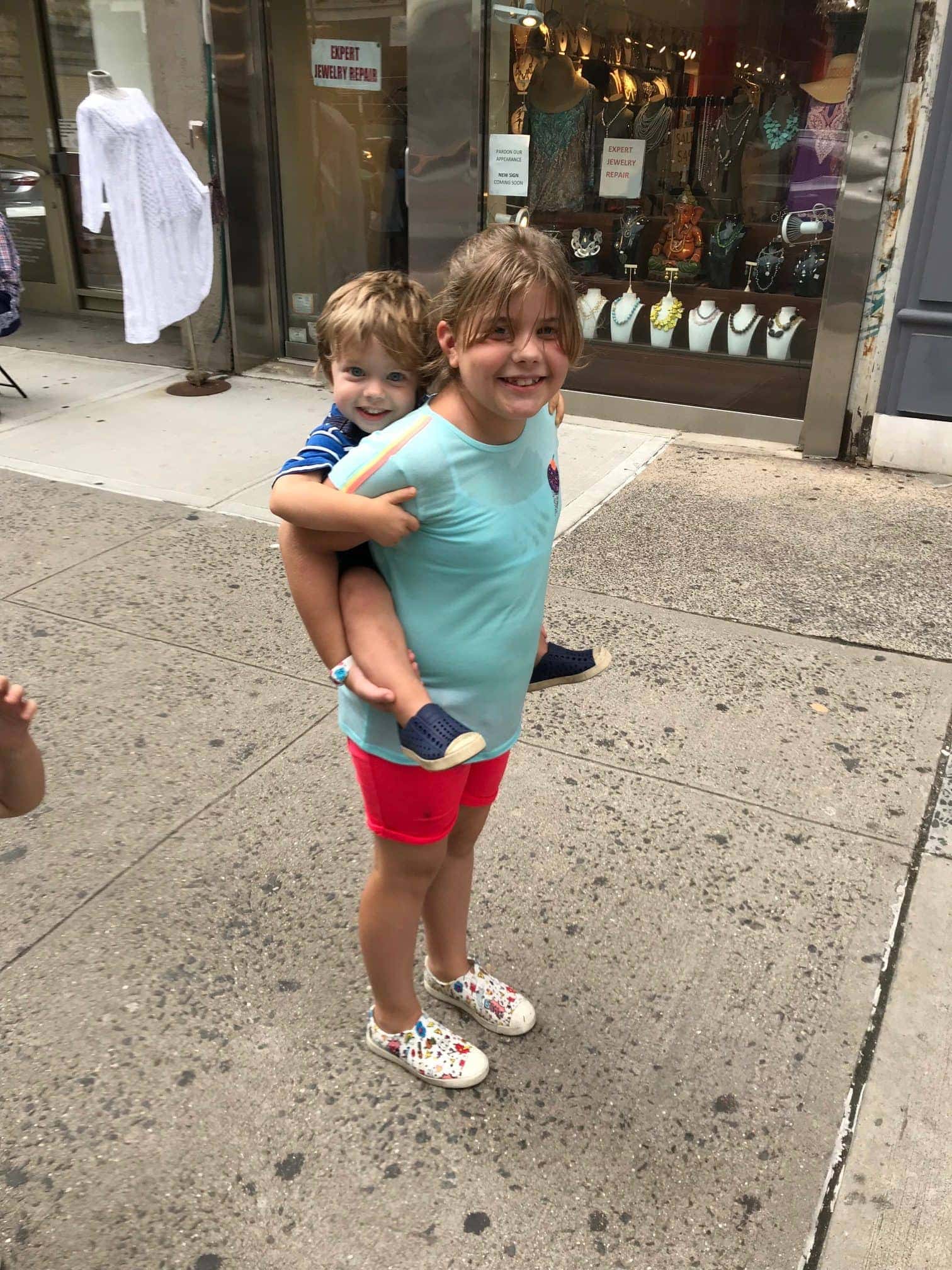 Here’s what is coming up this week:

My kids have Wednesday off of school (which is so random) but it’s another Jewish holiday, so we’ll hopefully go find something fun to do that day.

I’m testing more recipes like a mad woman because I’m going out of town next week! I have wonderful friends I left in Oregon (many of which have also left Oregon!) and we are all getting together in Las Vegas for a long weekend getaway. I’m flying in my niece from Portland to watch the kids because it was cheaper to fly her in than pay someone local here. Isn’t that ridiculous?! Oh New York. But, I’m so so excited for our trip.

I have a few more training sessions this week as well as hopefully a date night with my hot husband. I’m not sure if we’ll be able to squeeze one in, but sometimes he brings food home for us to share at 9 or 10….or 11pm.

And, I’m working on a fun little trip for me and my two older kids in December. I’m not sure if it will work out, but I’m hopeful all will be well. 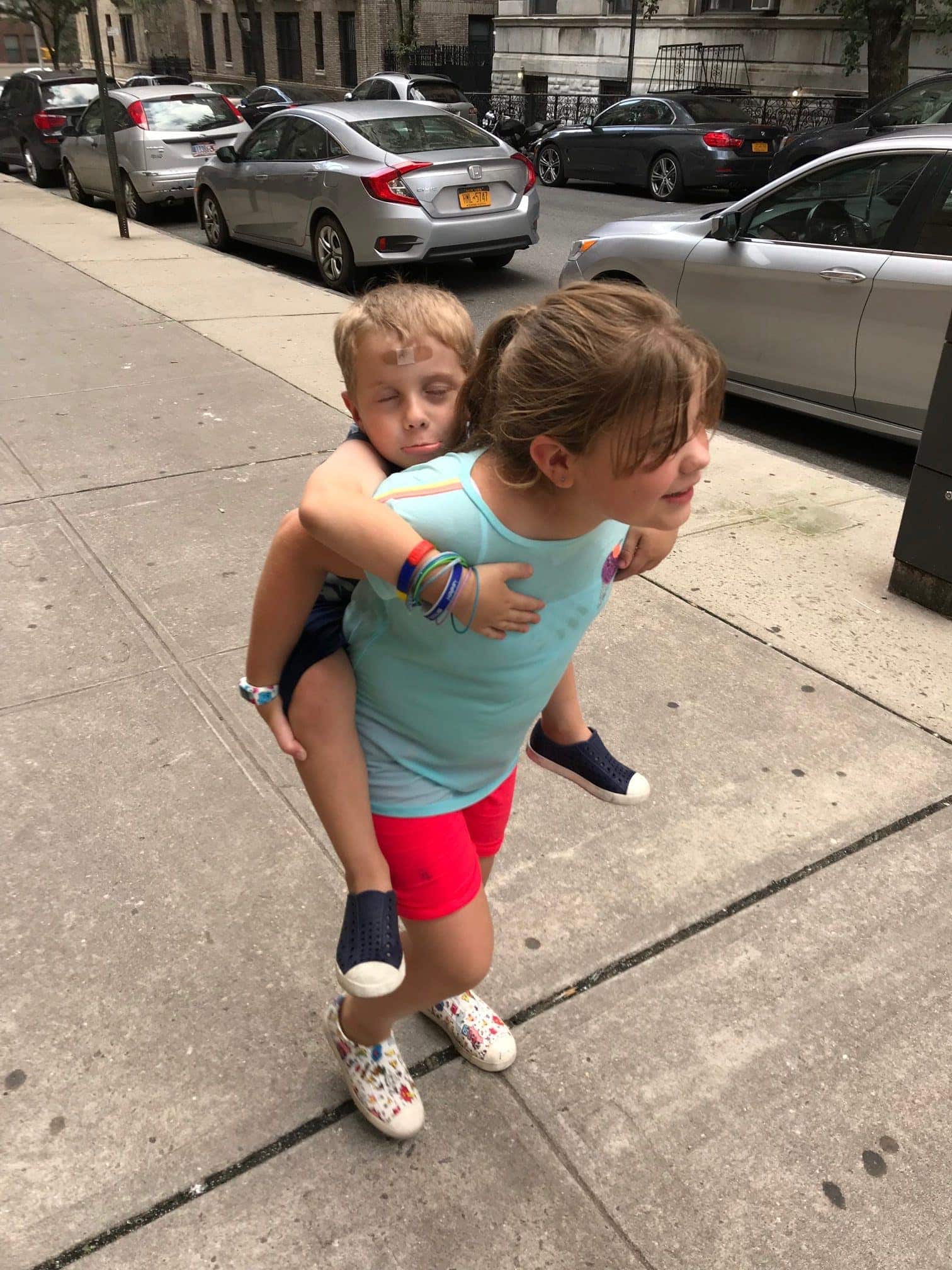