SO MUCH happened, it was hard to remember it all!

I think the biggest thing that happened was Halloween! Brooke was Hermoine from Harry Potter, Blake was a Police Man and Eddie was an astronaut. I love love love how Halloween happens in the city. We can start trick or treating after school, stop part way through to grab some dinner (hello, Chipotle!) and finish up by 6:30. Eddie was the cutest and would say “twick oh tweet tweet tweet!” and then after receiving candy (and a prompt) he’d yell “THANK YOU!” Gordon and I took the boys to some local businesses while Brooke went with her friends. I did eventually catch up to Brooke to bring her home a little later, but the boys were home by 6:30. It’s the bomb. And just like last year, we let the kids eat as much candy as they want on Halloween, but throw it all out a day later. We all are easing up on our candy consumption, thankfully!

I haven’t made it to the gym very much in the past two weeks, just because I’ve been so busy and I have to call to schedule a time two days in advance for the child watch service they provide. It’s suuuuper annoying because you have to call at 5:30am in order to get a spot. For a girl who likes her sleep, that ain’t happening. So, all that body fat I lost is finding its way back to my hips.

I celebrated 9 years of blogging this week! I cannot believe I’ve been at this for that long. I started blogging when Brooke was just 6 months old and haven’t really ever stopped. It’s a little crazy that this website of mine has turned into what it is today. SO so grateful for my readers. We love you!! 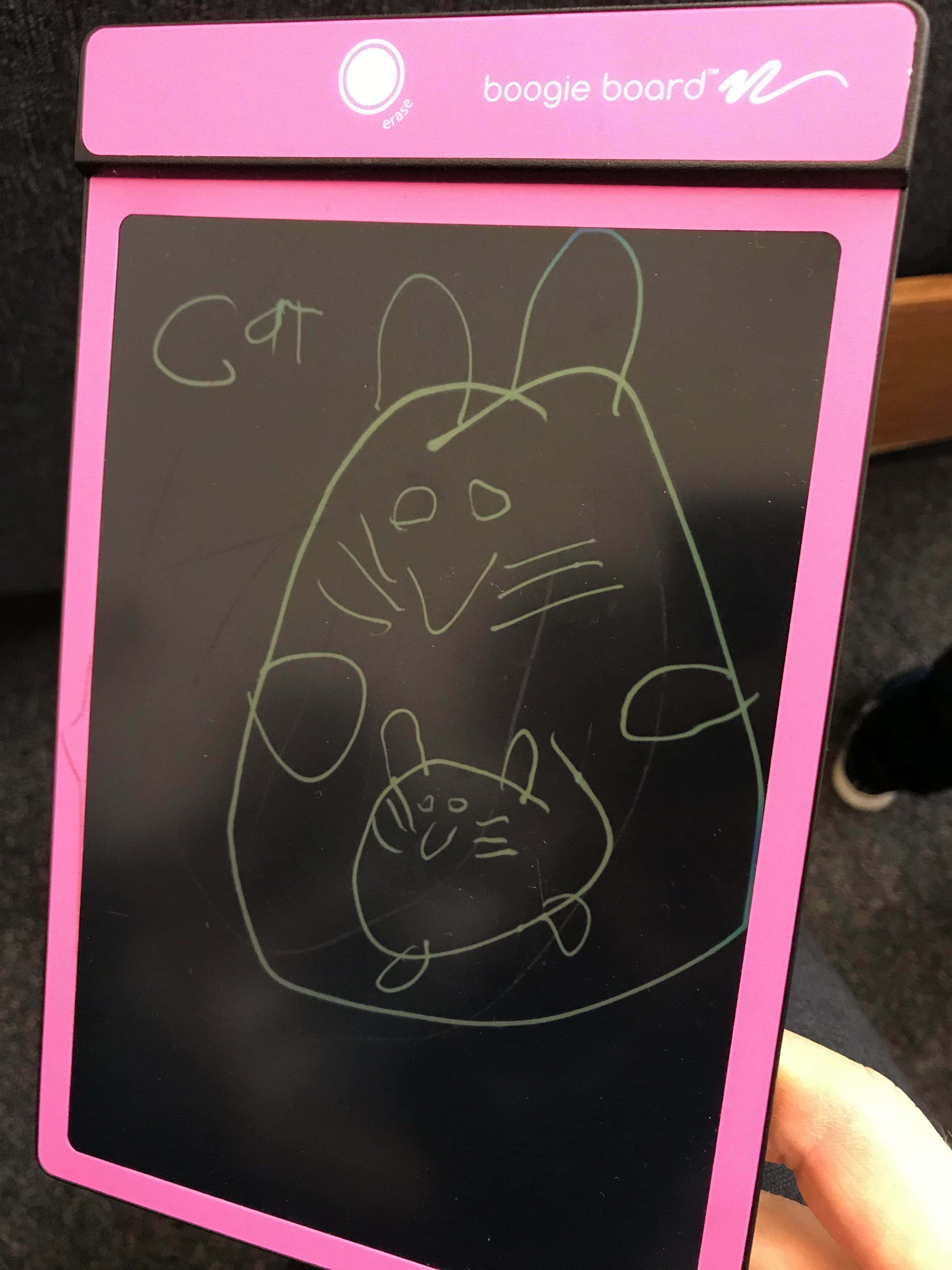 Blake has made amazing progress on his penmanship as well as his reading! One past Sunday, Brooke drew a picture of a mom cat holding a baby cat. Blake saw it and copied it on his boogie board. SO cute!! He did such a great job. Also, a lot of the papers we’re getting home from his Kindergarten class have been so great! Little homemade letter books with pictures of items that start with that letter. On the last page of the “D” book, he was supposed to write in his own D word with a picture. He wrote “doctr” with a little stick figure. Such a smartie pants! I’m hoping to read more and more books with him as the weeks go on. I think I’m getting him a few more beginner books for Christmas!

Speaking of Christmas, I started my Christmas shopping this week. I’m hoping to be done by December 1st. I think I’m only going to get a few small gifts for the kids plus one “experience”. I haven’t decided what those experiences will be, but I’m hopeful we’ll be able to make some fun ones happen for the children. Well, the older two. Eddie could probably care less.

On Thursday, I was a part of a blogging retreat in New York City! A bunch of bloggers came into town and we were able to learn from each other, brainstorm ideas with each other, help each other expand our businesses and explore a bit of the city. I feel like I don’t know my way around, but being able to show these ladies around and not get lost was a huge win! I’m doing it, folks. I’m living here and actually know my way around…mostly 🙂

We went to several amazing restaurants, Top of the Rock and saw Pretty Woman. It was such a blast. Special thanks to my husband for taking time off work to watch the kids so I could be at this event. It’s been two years since I’ve done any work related trips and every time I got opportunities to travel on business alone, I have to turn it down because we just can’t make it work. So, I was pretty excited about it.

One extra great thing about attending the blog retreat was I completely missed daylight savings! Poor Gordie had to get up with the kids at 5:30 while I slept in. Womp womp. I was home by 9:30 that morning though 🙂

Incase you missed it, I posted a Simple Scone Recipe and that Magnolia Bakery Pumpkin Gingersnap Banana Pudding copycat recipe! By golly, they are both good! Are there any Thanksgiving or Christmas recipes you’d like to see on the blog? Let me know in the comments below.

Eddie now knows how to take photos with my nice camera. Found a whole lot of the same photo on my memory card tonight! Haha! What a troublemaker! Ah!

Probably a lot of work. After that blog conference, I left feeling really motivated to get stuff DONE. So, I have a big long to-do list…hoping to make a dent.

I will be testing chicken pot pie recipes this week! Nothing bad about that 🙂

Gordon is working his regular hours (which are normal office hours, hallelujah!)

The kids have Tuesday off from school because it’s election day. I can’t vote, but if I could I’d totally be there! Maybe someday.

Parent teacher conferences are coming up in two weeks, along with our 11 year wedding anniversary! Maybe we’re getting pretty good at this marriage stuff?!

Have a great week, friends.