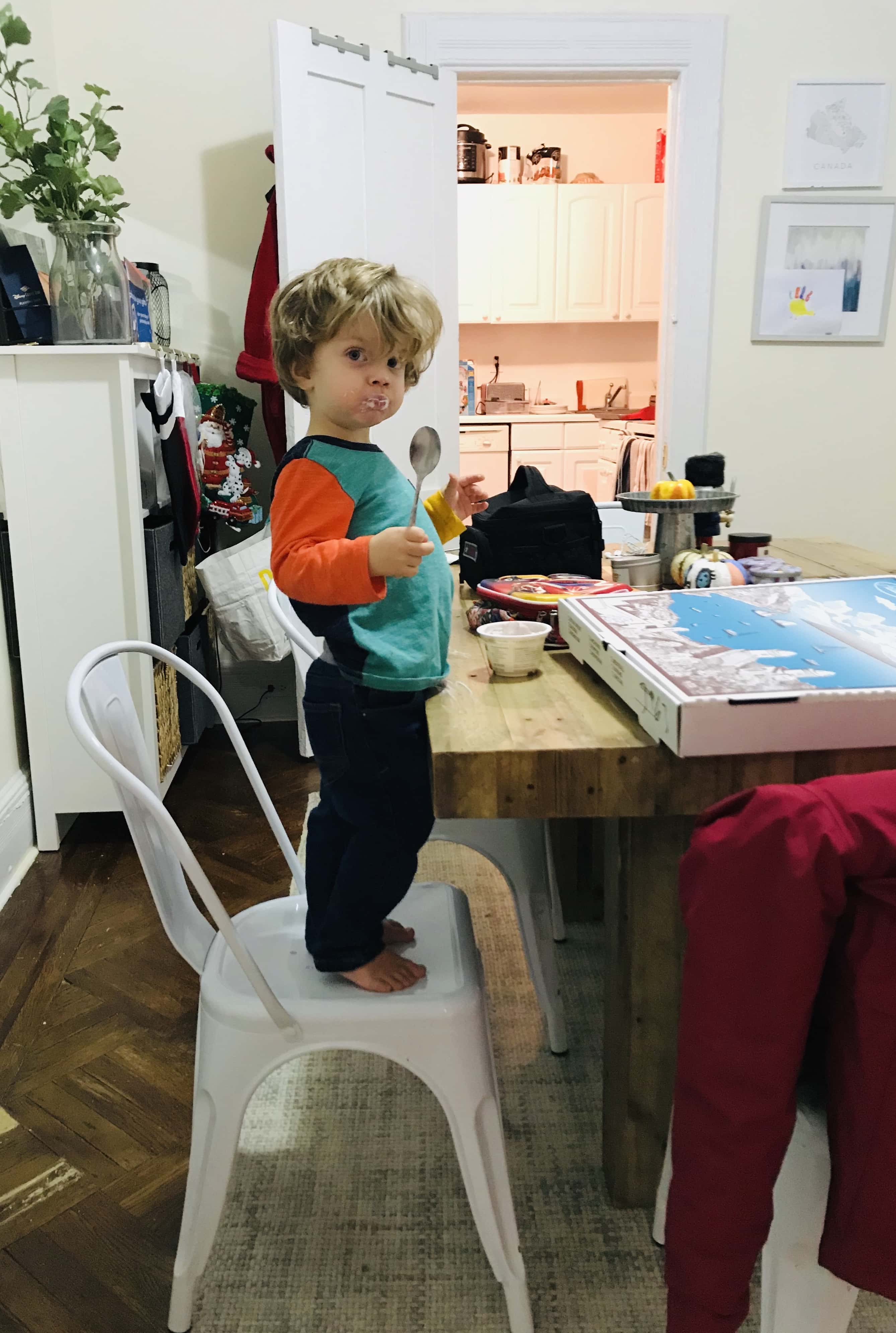 Not many pictures this week because life!! So many busy things going on.

I know there are a lot of you that are anti Christmas before Thanksgiving, but WE ARE NOT THOSE PEOPLE! We busted out the new Christmas tree and decorated the apartment with one box of decorations that we own. One day, we’ll have room for more, but not this year! It took us one evening to get everything up and decorated. Besides the decorated tree, we have one “Noel” banner and our stockings. Nothing crazy, but I love having the tree ‘glow’ all day. Ah, Christmas. I love you.

Speaking of Christmas, we had some crazy winter weather last week! Like our first big snow storm of the season. It took Gordon two hours to drive home. The drive is normally 20-30 minutes. His boss let him leave early in hopes he’d miss the brunt of it and I think he DID miss the brunt of it, but still took him two hours. He isn’t made for commuting. Haha! All the more reason to stay in the city so he can be close to work.

On Wednesday morning, I woke up feeling completely awful. I had had a scratchy throat for a few days and I could feel it brewing inside of me. But Tuesday morning, it hit me hard and was a little more severe. Gordon was thankfully able to take a sick day and after I took *all the pills* had a nap and some spark, I was feeling a little better. Tylenol cold severe is miraculous. Especially the night time kind. I slept so hard! Except that evening, Gordon and I got some take-out for an at home date and I’m 99% sure I got food poisoning from that darn chicken I ate. I didn’t throw up, but almost wish I had because I was SO nauseated. I used DigestZen on my tummy (essential oils), took some pepto bismal with my Tylenol Cold night time and hoped for the best. I woke up several times feeling terrible, but by morning it was more manageable.

Thursday morning, I was feeling significantly better. Still sick, but much better than the day before. I went to Parent teacher conferences for Brooke and Blake that day with just chicken noodle soup and tea in my system, but somewhat decent. Of course our children are flying through kindergarten and 4th grade perfectly. Their grades are stellar as is their behavior. SO thankful for great teachers.

Thursday was also Gordon and my 11th wedding anniversary! We were able to get a last minute babysitter for an hour and a half so we stayed close to home and went out for dinner. I ate a few fries and called it a day because of my tummy troubles, but Gordon got some fried chicken and a chocolate milk shake. Haha! We’ll need a re-do at some point soon 🙂

Through my many illnesses this week, I was able to make it through the most recent season of the Great British Baking Show. Binge watching was made for sickies like me! I was SO happy with the outcome! If any of you were able to binge watch it this week, you’ll know what I’m talking about. Still getting used to the new hosts, but its still good!

My teeth are getting more crooked the older I get. I have no idea why or how, but right now at this point in my life, they are moving back to their original crooked positions that they started in before I got braces. Someone once told me that hormones can help teeth shift easier in your mouth. I have no idea if that’s true, but I do know my hormones are completely messed up (which is completely normal for me) so…?? I have no idea if there is any truth to that. But, I’m looking into invisalign. Have any of you used invisalign before? It’s way cheaper than metal braces, not that I would get braces again, but I’ve heard generally good things about it. Thoughts?

On Friday, I was able to run a few errands with Brooke and only Brooke. MAN, is it easy to just run around this city with one kid who is old enough to jump in and out of taxi’s! I might even say fun! Can I go back in time and just have one kid? Just kidding. Mostly. 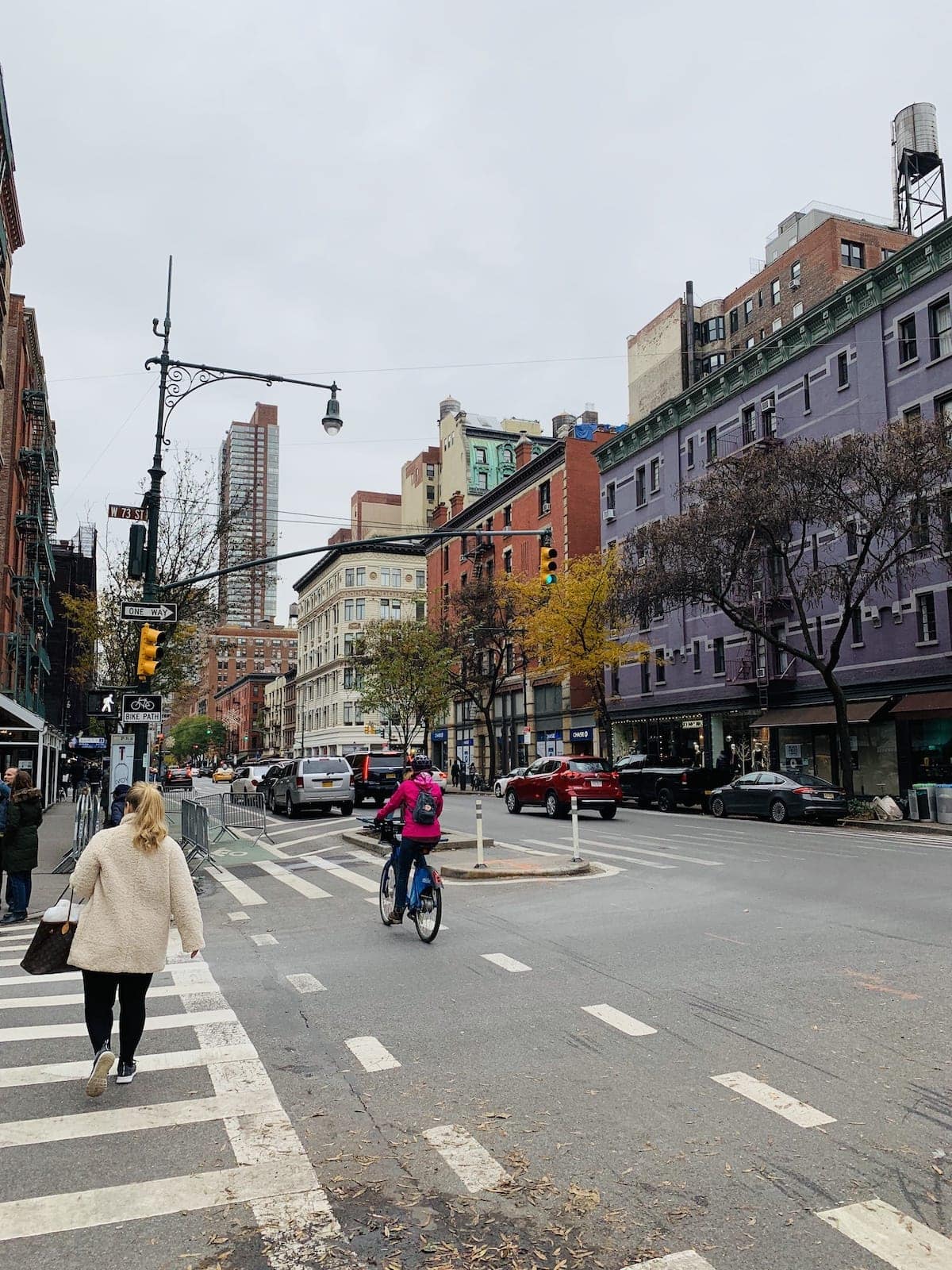 I’m getting ready to go to Paris and Amsterdam with Brooke and Blake! We’re leaving after Thanksgiving and couldn’t be more excited 🙂 I think I’m the most excited and they are just along for the ride. Haha! Leaving Gordon and Eddie at home. We’ll bring them on the next trip 😉 It’s going to be cold and we’re going to be outside 95% of the time, so I’m getting prepared….meaning buying all the things off of Amazon. Got a cute, warm hat and a big puffy long coat. I’ve been looking for a longer coat that is less than $200 because I already have two nice coats that are warm and great just not super long. Aaaand I couldn’t justify the cost with Christmas coming up…plus HELLO I’m taking my kids to Europe. That ain’t cheap. So I found the one linked above for $99 off Amazon! So far I love it. But it’s been like 2 days. Also got Brooke these fleece lined leggings and Blake these long johns. I refuse to deal with cold-related whining! Plus, we’ll use all these items in New York after this trip. Follow me on Instagram for all the fun pictures and updates from this trip.

Thanksgiving! Hello 22-pound turkey! And we’re even going to attempt to go to the Thanksgiving day parade with our kids too! We’ll freeze for sure, but thankfully I bought all this warm gear off Amazon! Ha!

Gordon is going to play in a turkey bowl on Friday morning (football) and I’m confident he will freeze.

My in-laws are flying in on Friday to come hang out with us for a little before me and the two older ones fly off to Paris and they will stay here to watch Eddie. I think they will LOVE the upper west side. The last time they were here, they did a lot of lower manhattan tourist activities like walk the Brooklyn Bridge and see 9/11, but now they get to experience a different part of NYC 🙂

And, I am going to post a few more recipes on here before the week is through!