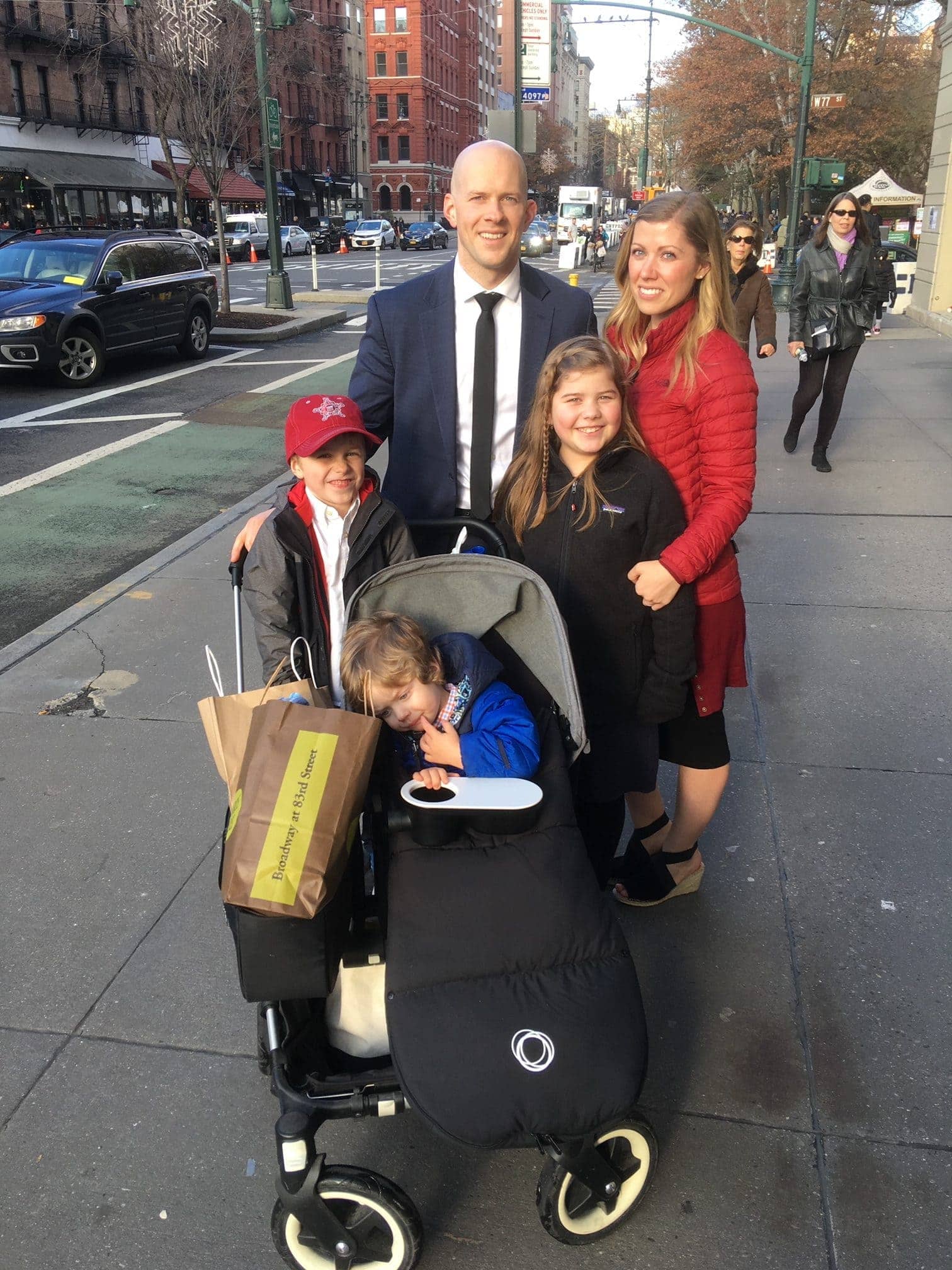 I think the biggest and greatest thing that happened this week was Thanksgiving (and all the preparations made for Thanksgiving)! We bundled up like crazy and headed out to watch the Macy’s Thanksgiving Day Parade. It was the coldest Thanksgiving since 1904…or something like that…and we were the smart ones who decided that *this* was the year to go. Ha!

Gordon woke up at 4 and headed out to save some great spots for us at 4:30. Pretty sure he was freezing cold within the first 30 minutes he was there. He met up with a group of Dads and they laid out blankets, camp chairs and rope to really section off where our families would be able to watch. I rolled up around 7:30 with the three kids and our big stroller. Man, are there angry people when you ask them to move so you can move your stroller through a crowd. I thought about NOT bringing it, but then Eddie would have surely frozen to death. We have a sleeping bag (“foot muff”) attached to his stroller seat that is perfect for cold weather. 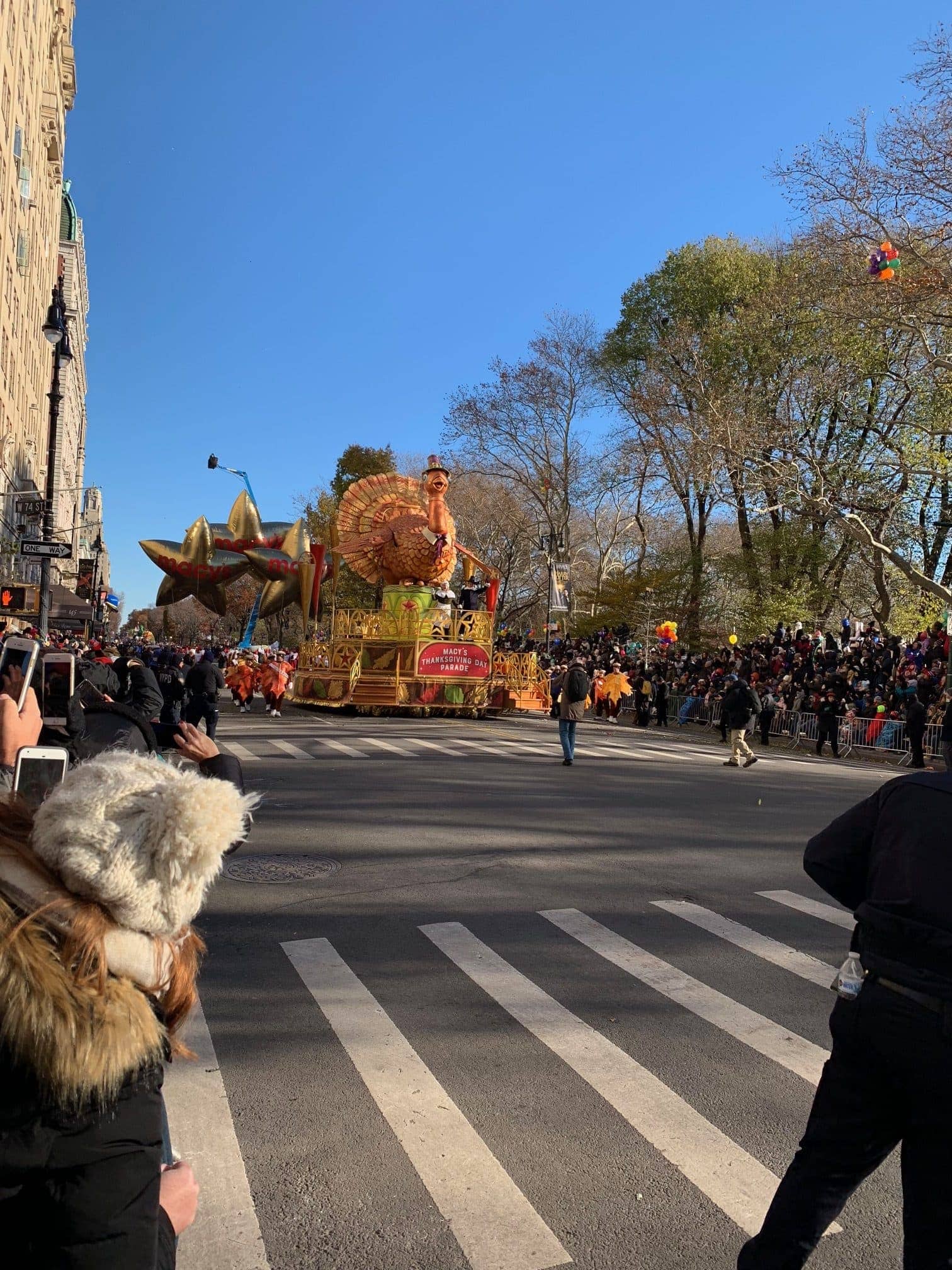 We watched the floats and balloons go by and loved the confetti thrown at us and all the folks wishing us Happy Thanksgiving. The marching bands were my favorite, as well as the lip syncing celebrities…half of who I didn’t know. Martina McBride looked particularly cranky, but who wouldn’t be with no pants on. Did she not know it was going to be cold? Zip up your coat, throw on a hat and while you’re at it, maybe some pants? (She was wearing a dress that definitely showed a lot of leg.)

The nice thing about watching the parade on the Upper West Side is once it’s over, it’s over and you can go home. No back-ups or holdups. So in total it was just shy of 2 hours this year. When you watch it further along the route, people get held up because Macy’s films performances in front of their store. 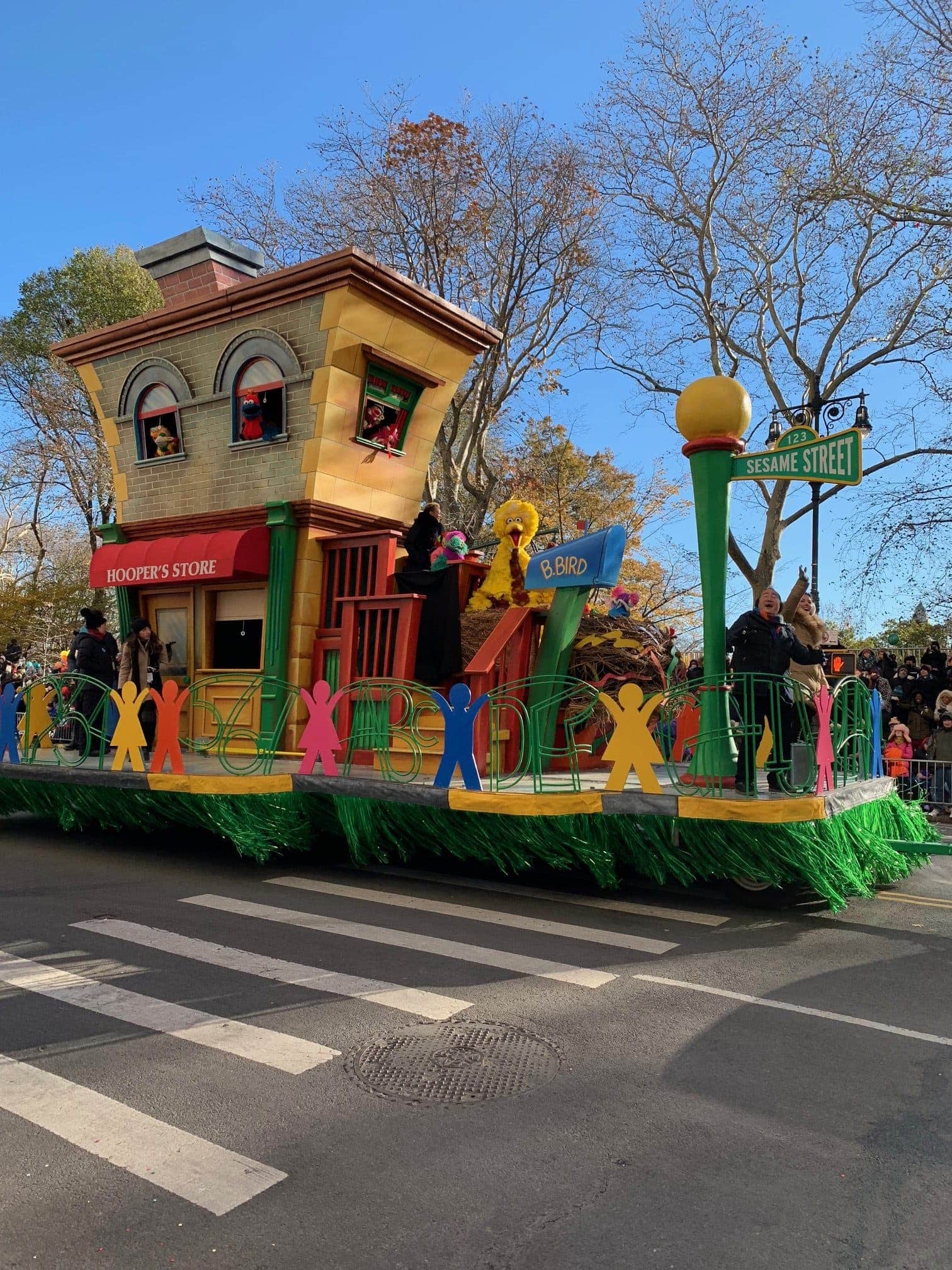 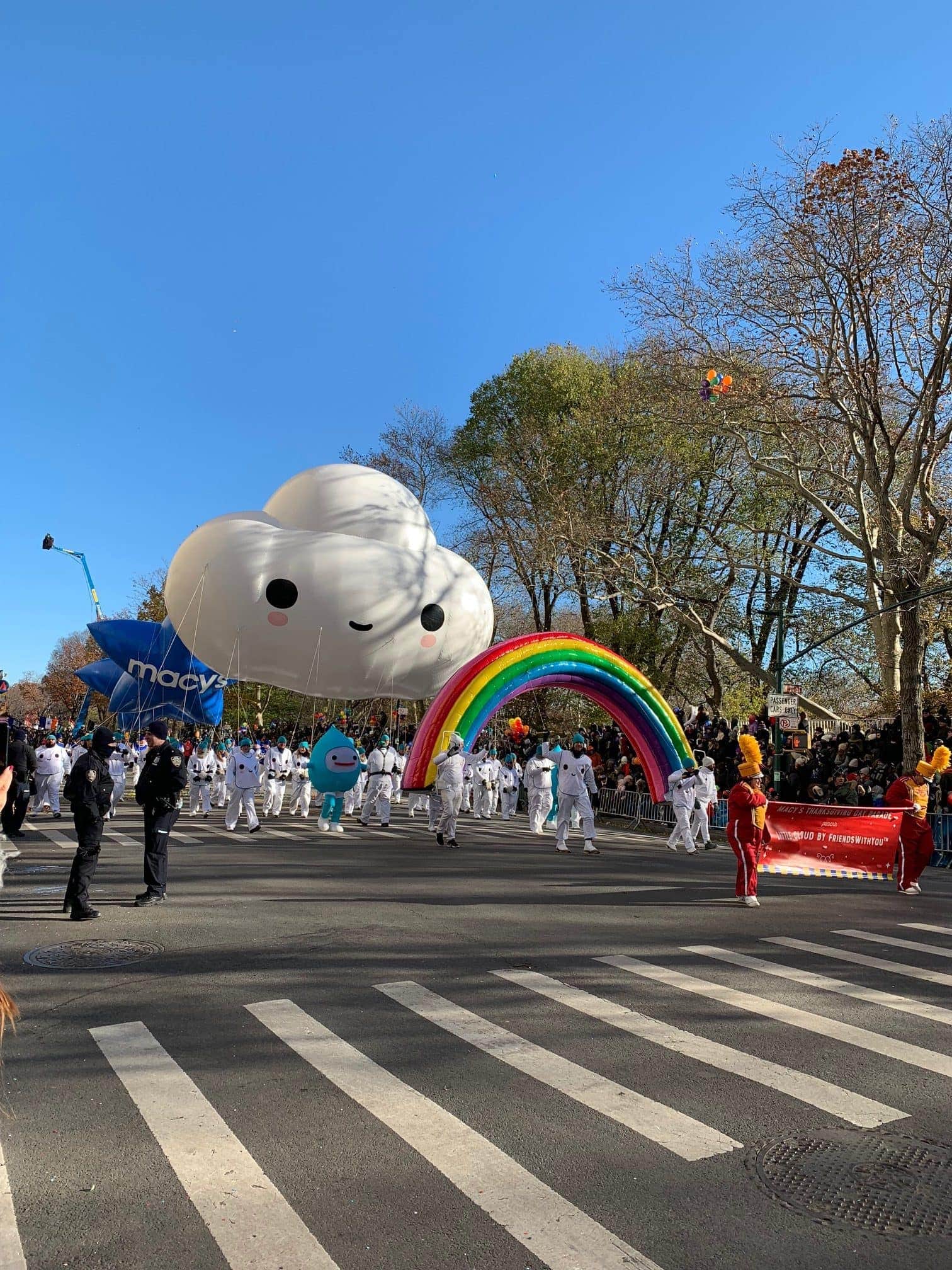 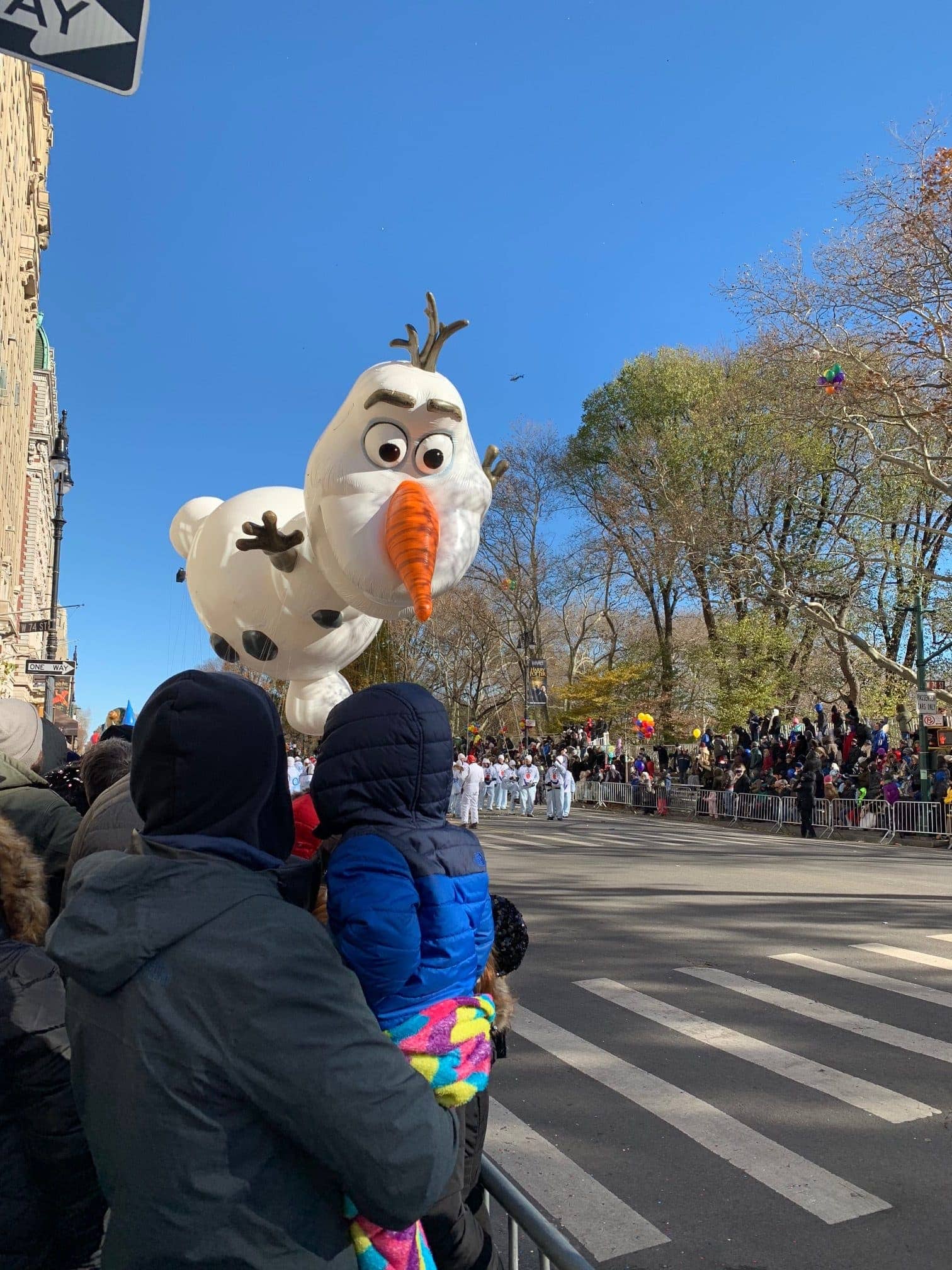 My kids loved all the balloons and it was such a fun and festive thing to wake up to do.

For Thanksgiving early afternoon, Gordon took a nap while I roasted a turkey and then we had a few people over for our meal. It was really lovely, plus the food was pretty darn great too 🙂

Gordon went to play in a turkey bowl football game Friday morning with temperatures similar to the day before. Then later in the day, I went to a facial and massage appointment. I keep paying for massage envy but never use my credits. But I heard if I just cancel, then I loose all my credits. I think I can gift a few, so that’s what I’ll do before canceling the service. Though I do love a good massage.

My in-laws flew in Saturday from Portland because they came to watch Eddie while I take my older two kids to Paris! SO exciting!

Sunday, we went to church and I cooked a mighty good pork roast.

Monday, I went crazy trying to finish everything I needed to finish for work because Tuesday we took the redeye flight to Paris. Bananas! 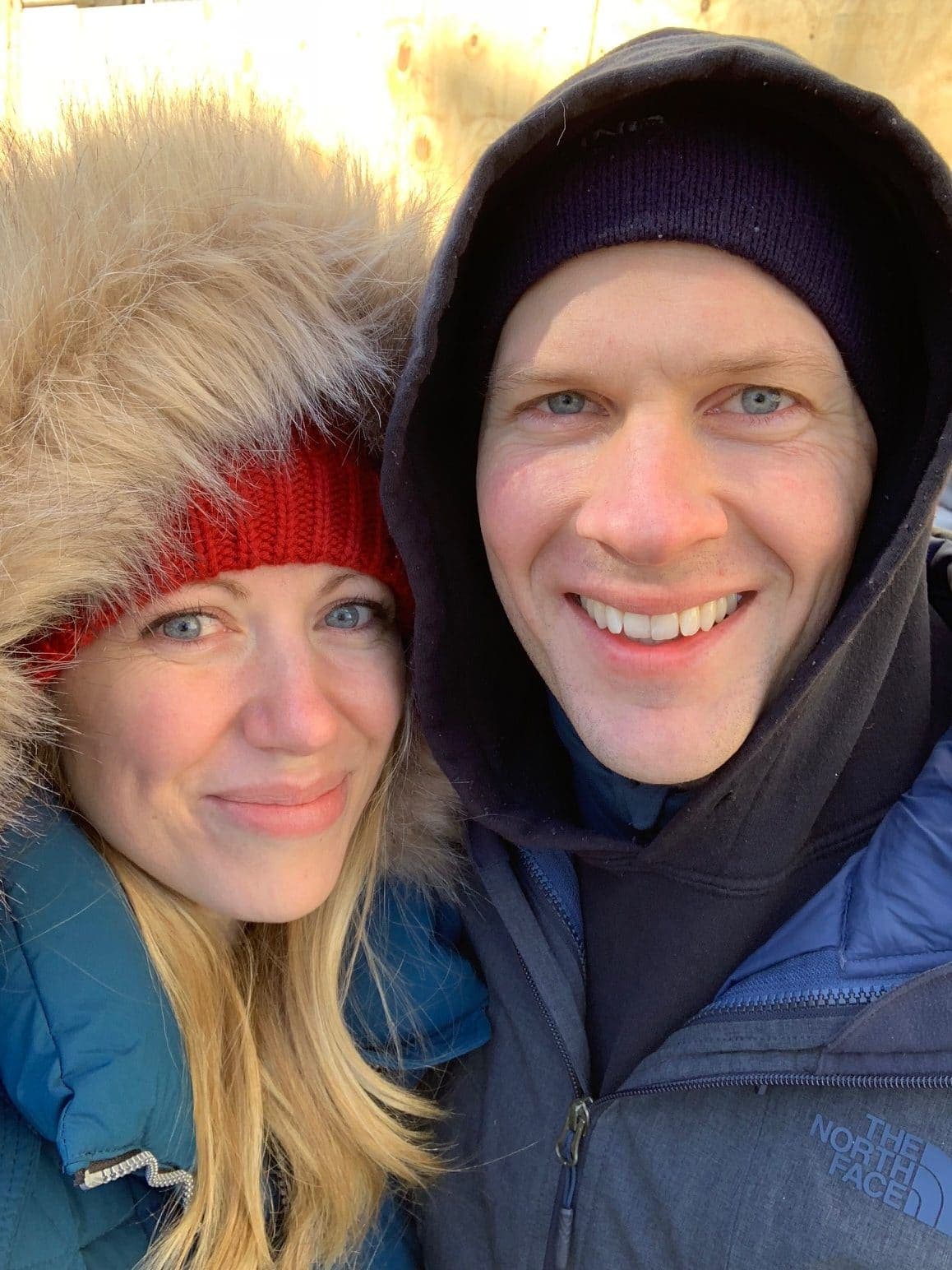 So coming up this week:

Poor Eddie and Gordon are stuck in NYC while Brooke, Blake and I party it up at Disneyland, the Eiffel Tower and Amsterdam.

I’m actually writing this update from our Disneyland Paris hotel room while Brooke and Blake snooze away (which explains why it’s a little later than usual). Jet lag is real hard to handle with two little ones, but I think we’re going ok thus far.

Anyways, that’s it for now! Much more fun stuff to include in another week 🙂