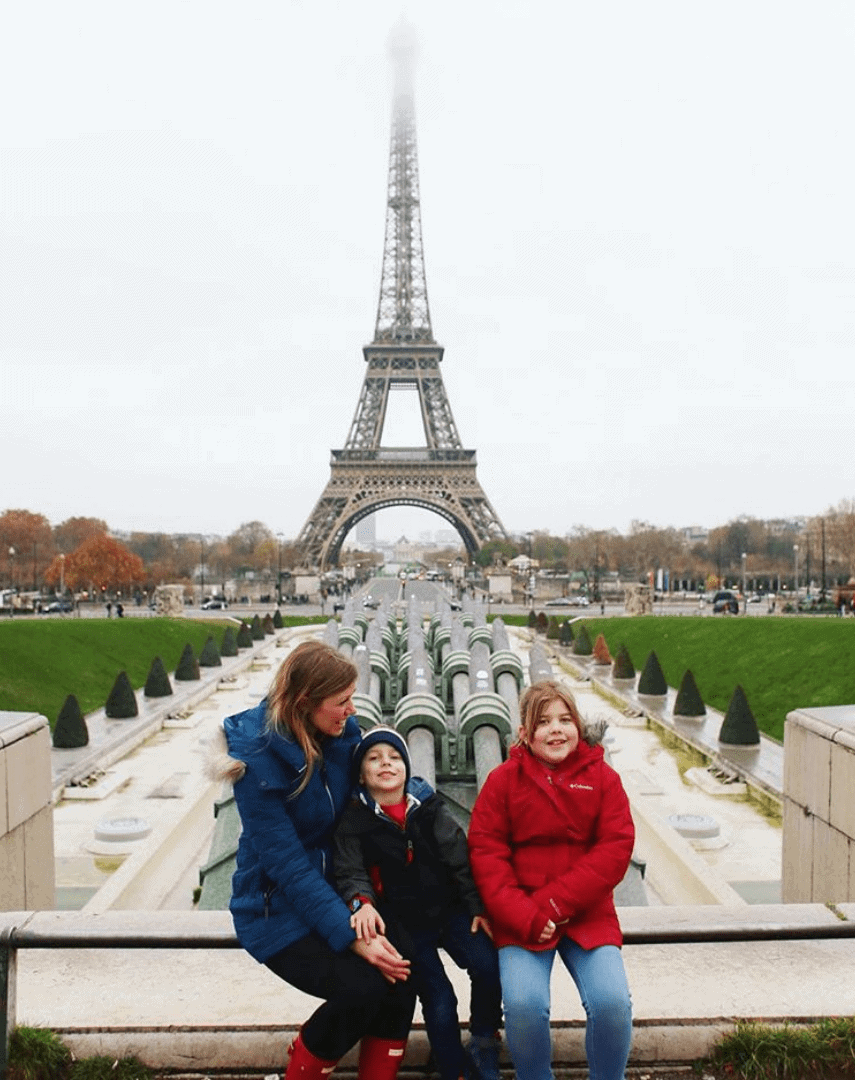 What a busy and fun week!

Here’s What Happened this Week:

The beginning of the week was basically me running around like a chicken with my head cut off, trying to get ready for our trip to Europe. Brooke, Blake and I were heading out of town on Tuesday evening for Paris so we had a lot to get done!

My in-laws flew into town late last week to see everyone and hang out, but mainly to let Eddie get accustomed to them since they would be the main ones watching him after we left. We were able to send them to the Rockettes show, take them to church and show them around the Upper West Side a bit. We wanted them to feel comfortable enough taking Eddie around our little neighborhood before I left and Gordon was gone to work every day.

On Tuesday, the kids went to school as usual, I was getting a few last minute details finished for our trip in regards to packing, work and general household stuff and we went to Shake Shack for dinner! You guys, the chicken sandwich is the freaking bomb. I love it more than the burger. I can’t even believe that (and neither can my husband) but I assure you if you’ve never had a Shake Shack Chicken Burger, you haven’t lived. The pickles and the sauce with the soft bun and the crunchy fried chicken exterior is pure heaven. HEAVEN. I could go for one of those right now, come to think of it.

ANYWAYS, after dinner, we went back to the apartment, threw all of our packing cubes into our two suitcases and away we went. We left around 7:30 and took off at 10:30. It was a red eye flight and I was hoping we’d all sleep well, but poor Brooke and I weren’t able to really rest at all, but Blake did great! Haha!

We landed in Paris just past 11am and took the Magic Shuttle directly to Disneyland with our traveling companion Rachael + two of her kids. By the time we got checked in, freshened up and over to the park, it was around 3pm. We stayed and played until they closed that night, then took advantage of our Magic Hours and were back at it (in the cold!) at 8:30am. We were there the entire day and slept 12 hours that night!

The next morning, we headed into the city for a few days in Paris proper. Except, I booked an airbnb right in the middle of the protests by the Arc du Triomphe. I didn’t realize it was going to be in the protest zone until it was too late and we were already checked in. So Saturday morning when all the craziness was happening, we left our apartment at 9am hoping to miss it by staying out of the area. We literally walked out of our apartment and onto the street to see a line of police officers in riot gear at one end of the street and a few more police officers (also in riot gear) with some vehicles at the other end. So we walked to the less busy side hesitantly and a kind police officer basically pointed us down a quieter street, in the direction we wanted to go, away from the protests.

So it was a little nerve-wracking to say the least and Rachael and I were trying our best to stay calm and have straight faces. If we stayed calm the children would also stay calm. So that’s what we did, talking about why it’s important to protest peacefully if you have a problem with something.

We got out of the area, headed towards the Eiffle Tower and stayed away the whole day. But being in the cold rain all day was starting to take it’s toll, and we knew we were eventually going to have to go back. We picked up a few groceries for dinner and took the train as far into the city as we could, but were forced to get off a mile before our actual stop. Since all the roads were closed, we couldn’t take any taxi or Uber in, so we were forced to walk. Several times, people stopped us to tell us not to go any further because it was dangerous, especially for young children, but we told them we had to. One kind gentleman talked to us and told us what streets to take to keep us safe, so that’s what we did and we were safe. We saw lots of broken glass, cars flipped over, sidewalks and other miscellaneous stuff on fire, but no angry or crazy people.

I heard lots of sirens, screaming and the occasional boom from our apartment and our children were a bit jumpy after what they saw, but we turned on Home Alone extra loud and made some frozen pizza for dinner and all was well again. 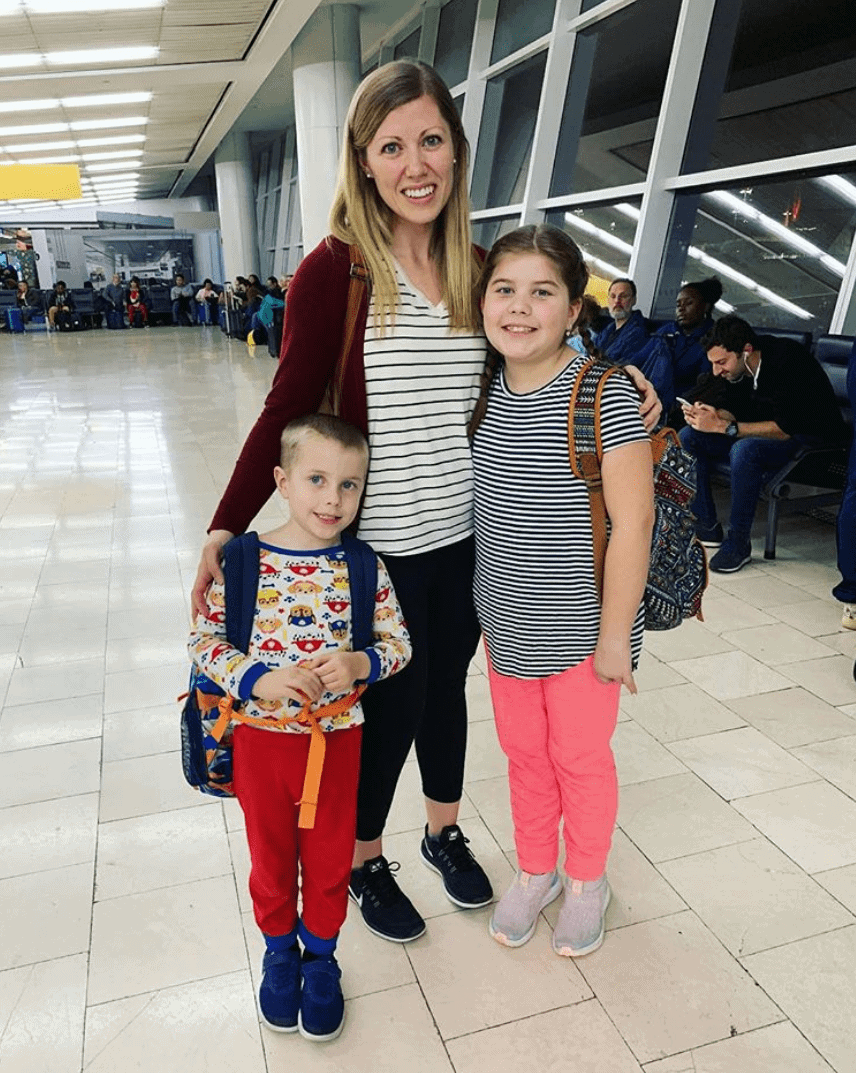 We weren’t sure what things were going to be like on Sunday morning when we were supposed to leave, but we were hopeful, based on what we were reading in the news, that our street wouldn’t be closed anymore and all the protesters would have gone home. And luckily we were right. All the streets were open again and everything was quiet.

So we took the train to Amsterdam and hung out there for a few days before heading back to New York. Currently, I’m writing this on our long 8-hour flight home. *yawn*

You can expect more posts about our trip with lots more details in the near future, but for time time being, that’s basically how our week went down!

Me and Brooke and Blake are hopefully not going to get hit too hard with jet lag. I remember coming home from Paris when I was pregnant with Eddie and not being able to feel normal for a good week. I couldn’t keep my eyes open after 5pm. I’m hoping their little bodies will adjust just fine.

I’m super excited to spend time with little Eddie and Gordon. On our train ride to Amsterdam, I was sort of wishing we would have just gone home because I was missing them so much. Obviously, that didn’t happen, but I was certainly realizing that one week is too long for a vacation for me. After Gordon and I went to Aruba for 5 days, we realized that our magic number is 4. 4 days of vacation is perfect.

We are getting back to normal. Kids on their school schedule, me back to my work schedule and Gordon back to his regular work schedule. I’m so excited!

And, I’m hoping to get a lot of Christmas wrapping done this week. I have the majority of my presents for all three kids and a really really good gift for Gordon that I’m SO excited to give him. I’m going old school with plain brown paper for all the gifts and color coordinated ribbon for each person. Should be super cute 🙂 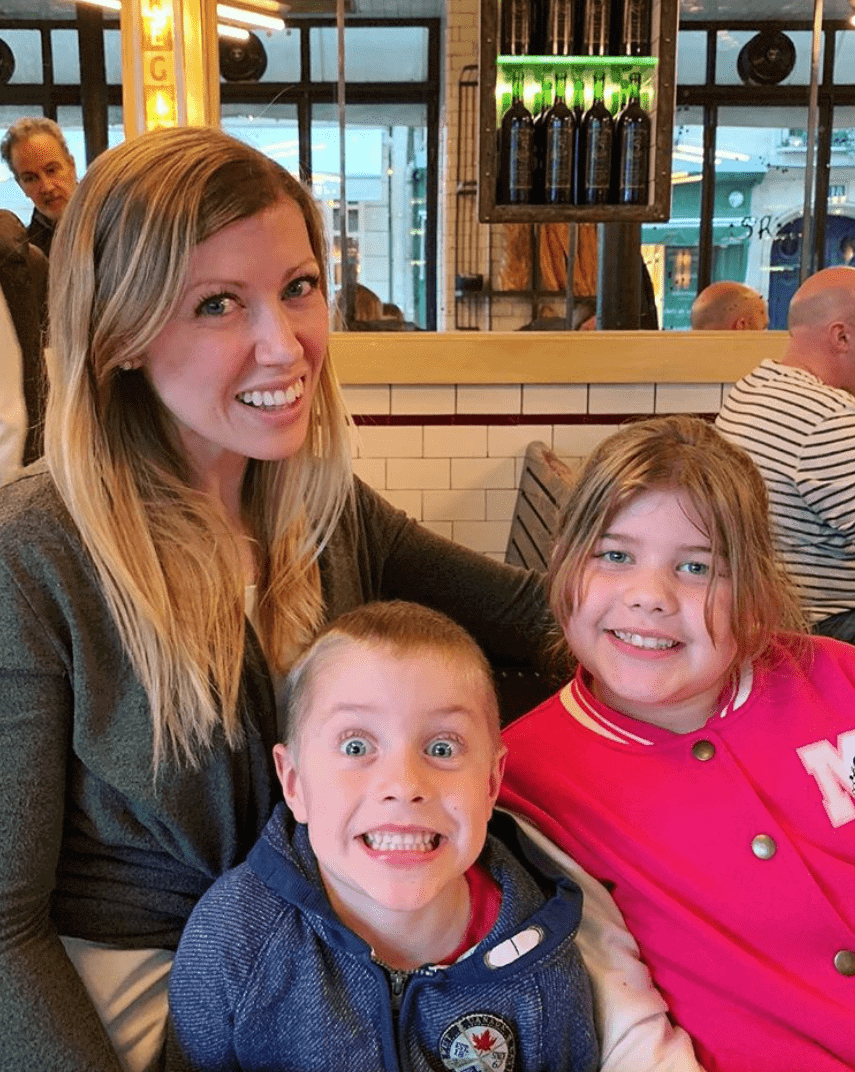