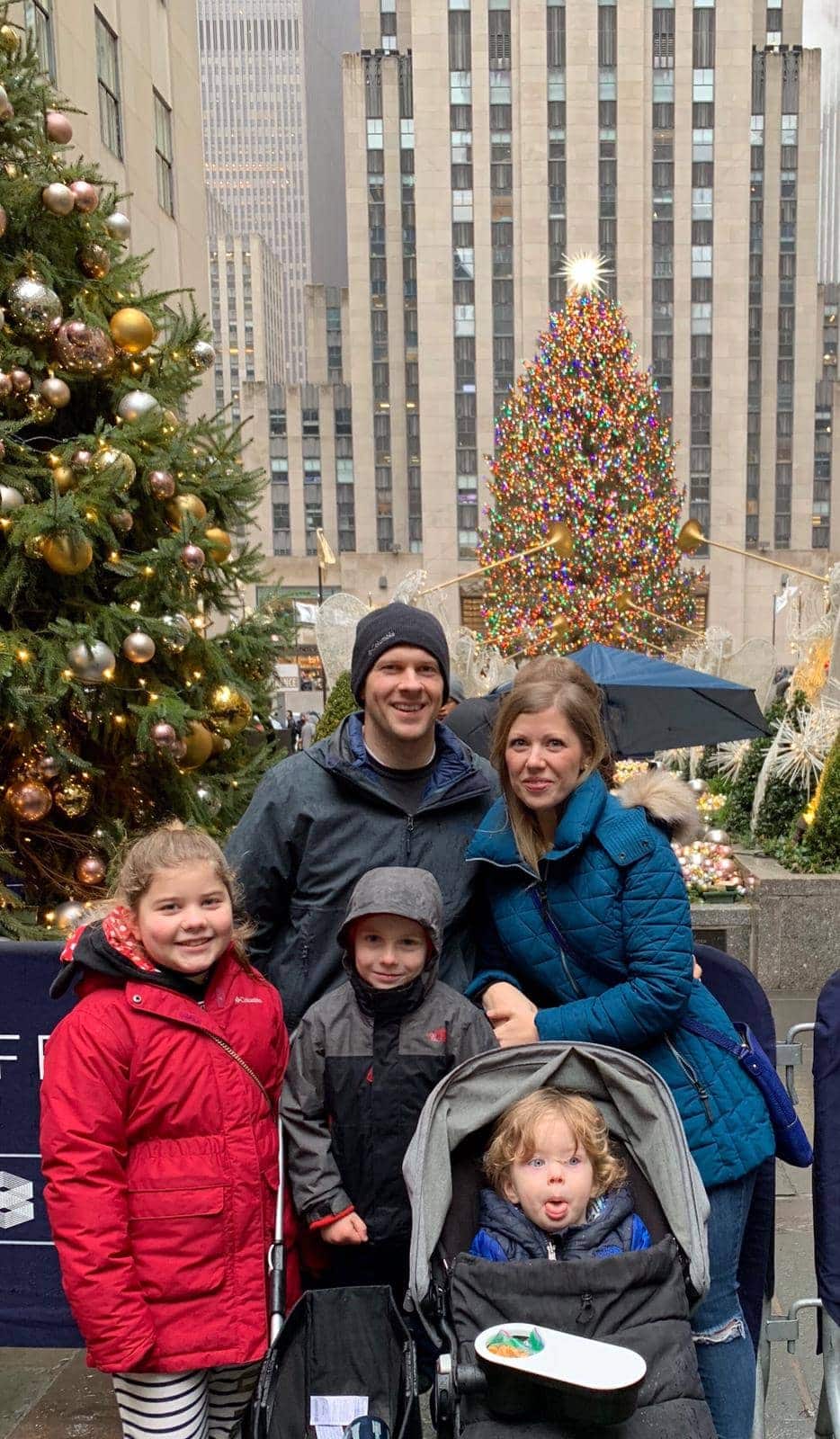 Man oh man, what a fun week we had! I love Christmas!

CHRISTMAAAAASSSSS! That was the big event we all were looking forward to from the week! Kids set their alarm for 7am and therefore, we all were up at 7, ready to open presents! Putting them to bed Christmas Eve, we kept saying “don’t call out, don’t come out, stay in bed! We will come get you!” which Brooke made sure her brothers did. So in the morning when it was time to get up, we heard little calls from Blake “can we get up yet?”

Gordon likes to line us all up and have us walk out to see the gifts. Lots of the photos below are simply from Christmas morning because the kids were so excited. I opted for brown paper wrapping for all the gifts because it’s easier and went unnoticed for weeks. Plus we just don’t have anywhere to store rolls upon rolls of colorful wrapping paper. I found nicer ribbon and color coordinated ribbon to the child. It was way easier having all their stacks of gifts together and it made them realize “whoa, I have a lot of presents!”

Eddie loves his new train set and magnetic letters. Blake is in heaven with that nerf gun and the American Girl Doll knock-off went over swimmingly with Brooke, especially because we got Hermione clothes for her too. Ha! My favorite gift was this new pink coat (which I still am in love with) and I was able to surprise Gordon with tickets to see Jerry Seinfeld doing standup.

My friend, Moana (from Oregon), and her husband were in town for Christmas and came over for Christmas dinner with Mo’s sister, brother-in-law and two kids! It was a full apartment for sure, but oh so fun!! It’s so nice to see friends! We’ll probably have them over for dinner again just because we like them so much.

Christmas Eve, we took the kids early to Rockefeller Center to see the Christmas tree, see some of the decorated windows on 5th ave and to see the Rockettes at Radio City Music Hall. I wasn’t sure how Eddie was going to do, but he LOVED the show. The number where there are a million Santa’s made his little head explode, pointing everywhere saying with as much enthusiasm as he could muster “Santa! Santa! Santa!”.  It was so freaking cute. I found myself smiling through the whole thing, so we all really liked it! Word to the wise, next year if you’re wanting to go see the Rockettes, go to a local box office on Cyber Monday! Tickets will be half off with a coupon code and you won’t pay any outrageous processing fees (cough cough ticketmaster).

The rest of the week after Christmas has been pretty uneventful. We had a few rainy days and I’ve been organizing/throwing out a lot of stuff. We got rid of some toy bins that weren’t working for us and got a bookshelf in the kids room instead. We also put up some small little shelves in the bathroom and moved the little storage bins we once had in the bathroom to the kitchen. Musical bins! City living forces you to get creative sometimes and when I’m in the right mood, I like to make it happen. I almost have everything where I want it and have gotten rid of most things that just don’t fit anymore.

And since I was on my ‘get rid of everything’ rampage, we took down Christmas too. We had it up since before Thanksgiving, so I didn’t feel the least amount of guilt taking it down. Ha! Our apartment looks so much more spacious now that we got the 4 extra square feet back.

We are heading into 2019 with an organized apartment and that’s all I’ve ever really wanted. It’s old, but it gets the job done. We no longer feel *as* squished and for that I am grateful. 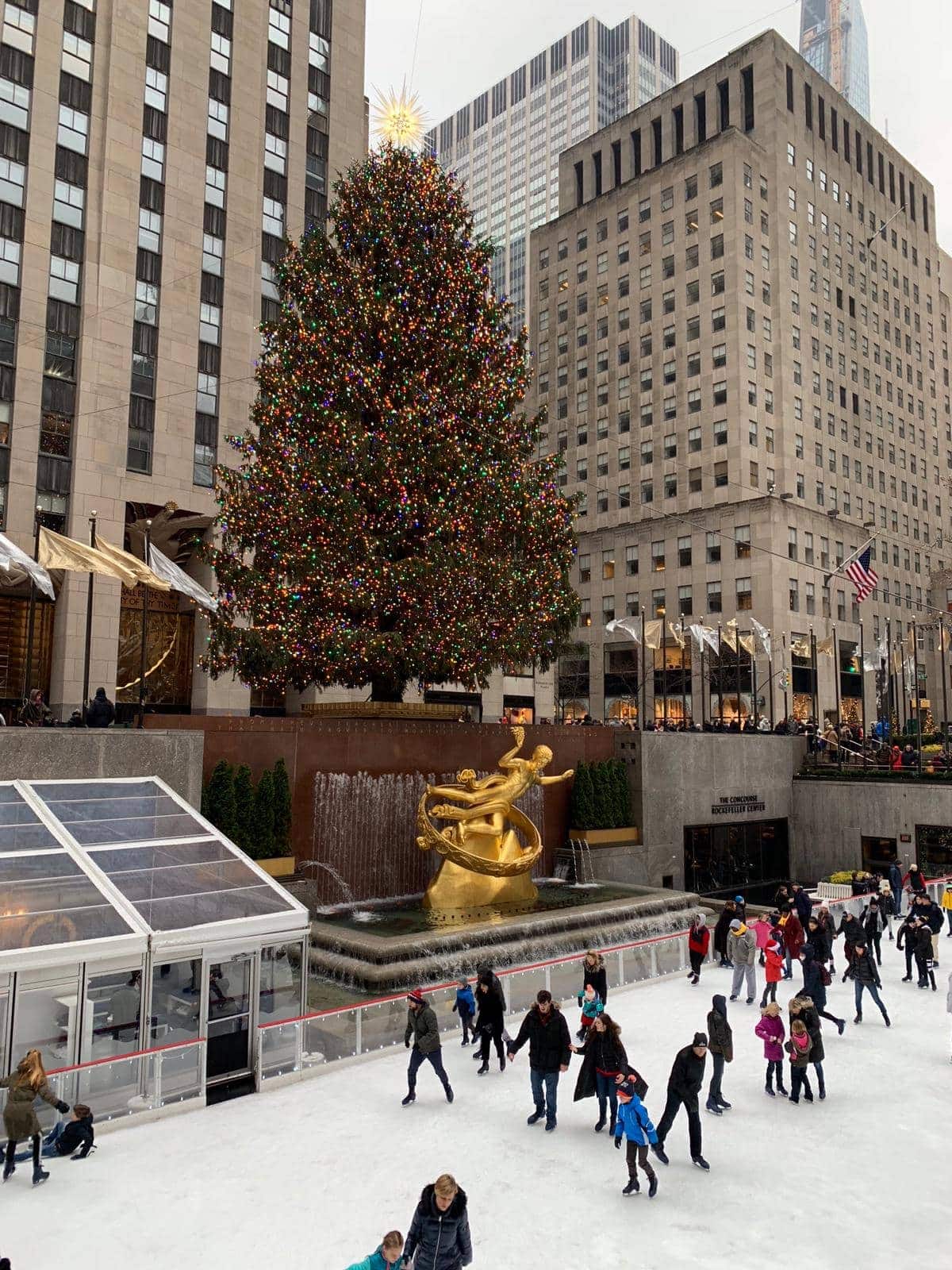 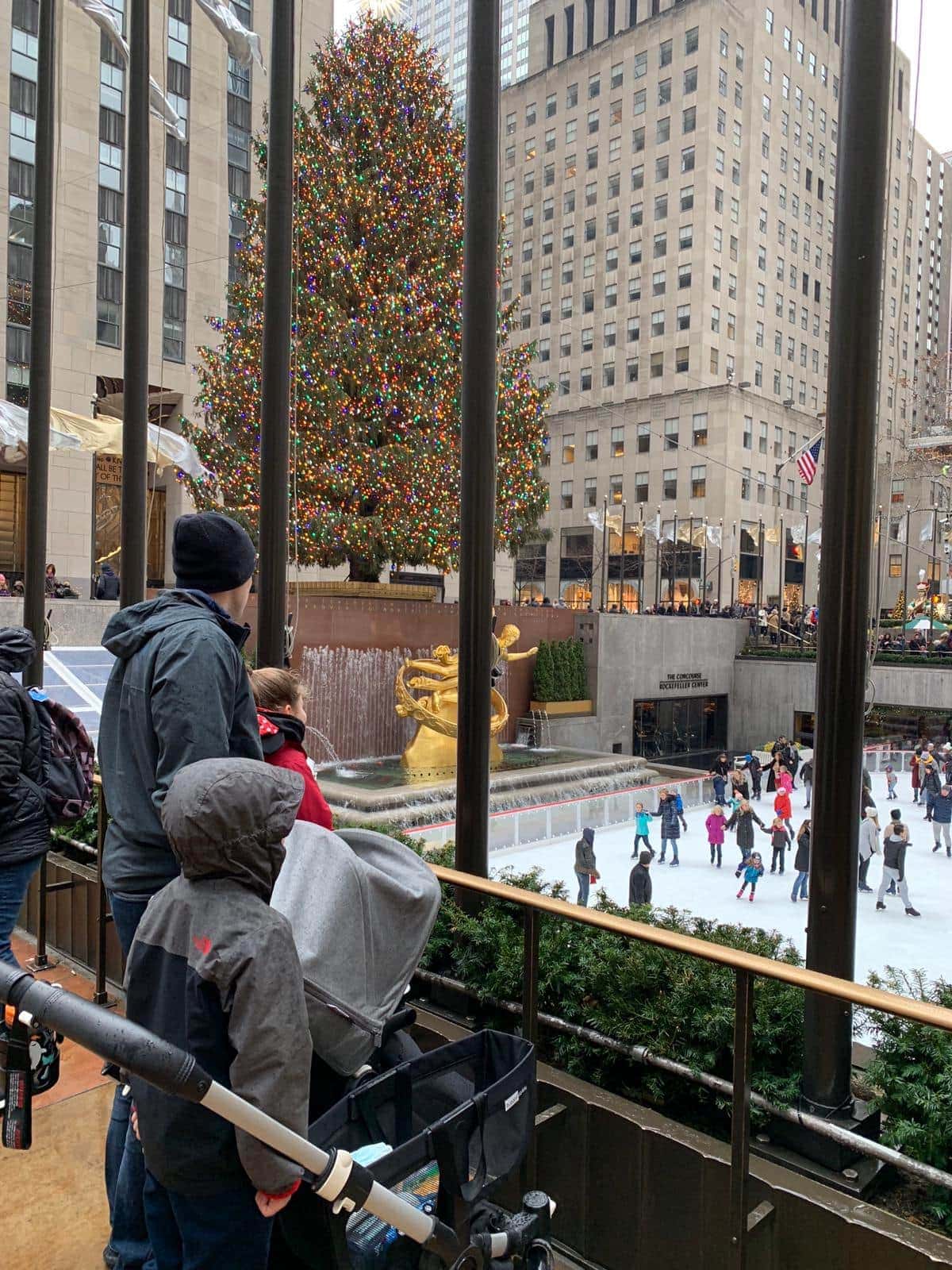 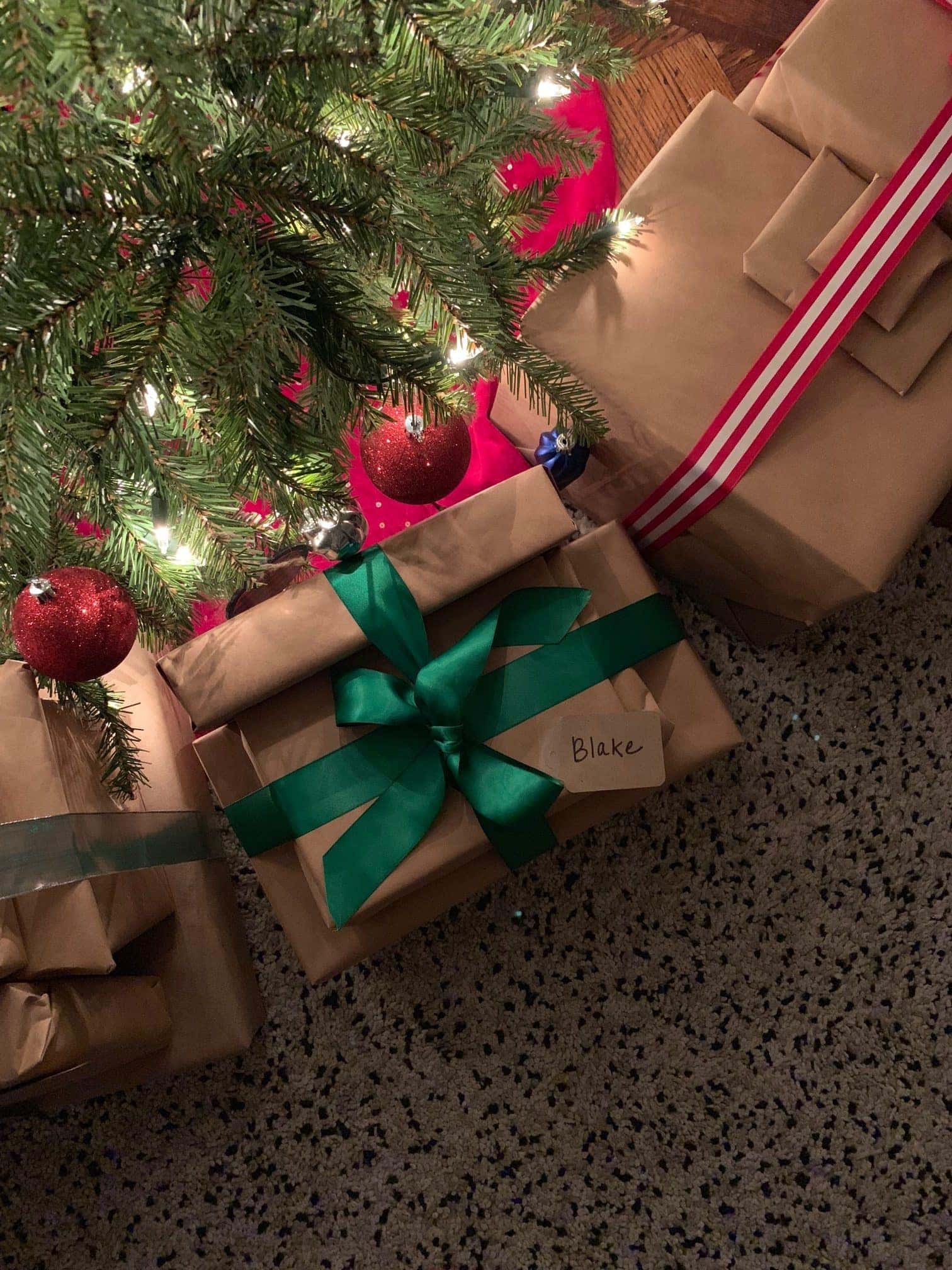 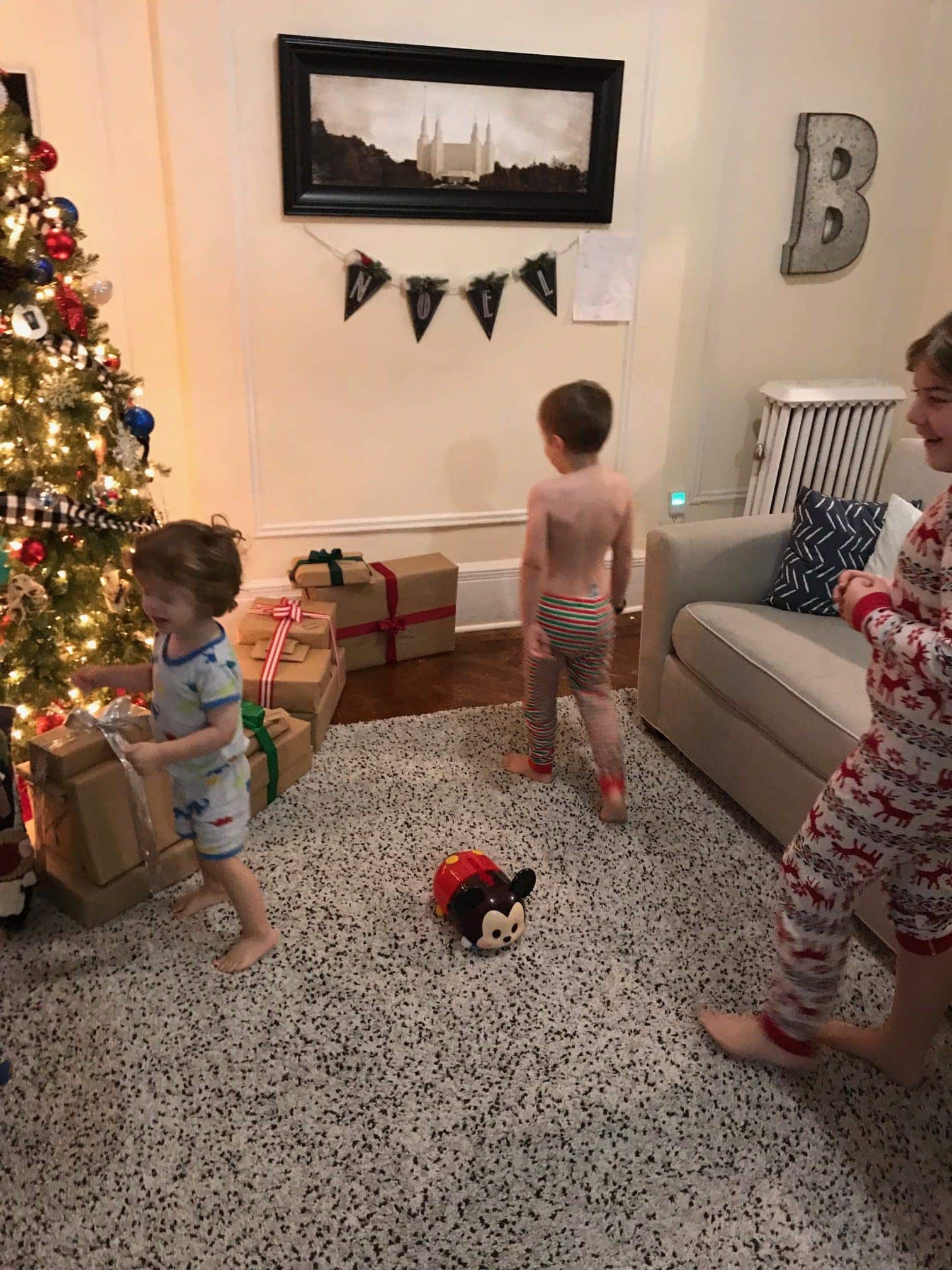 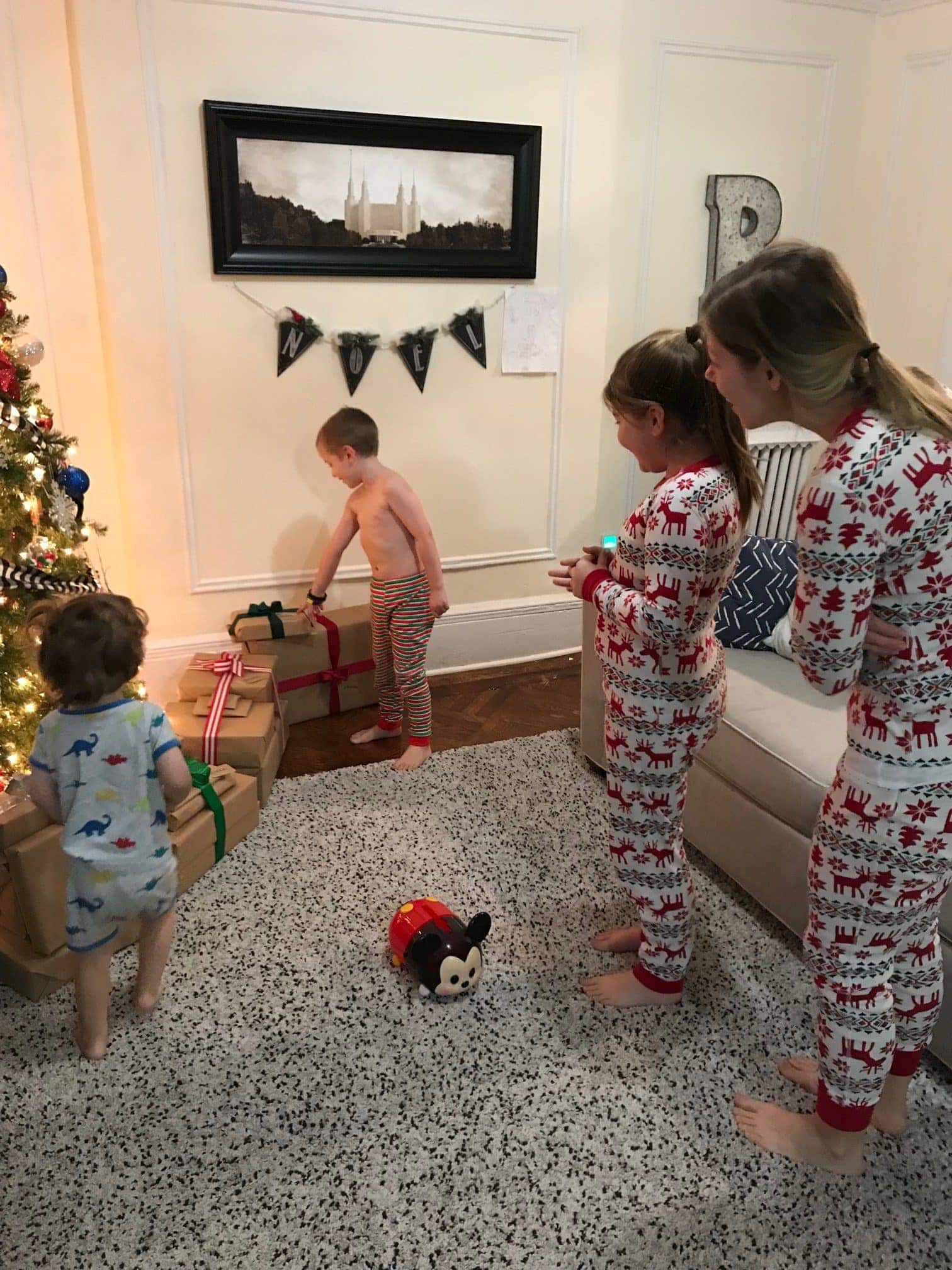 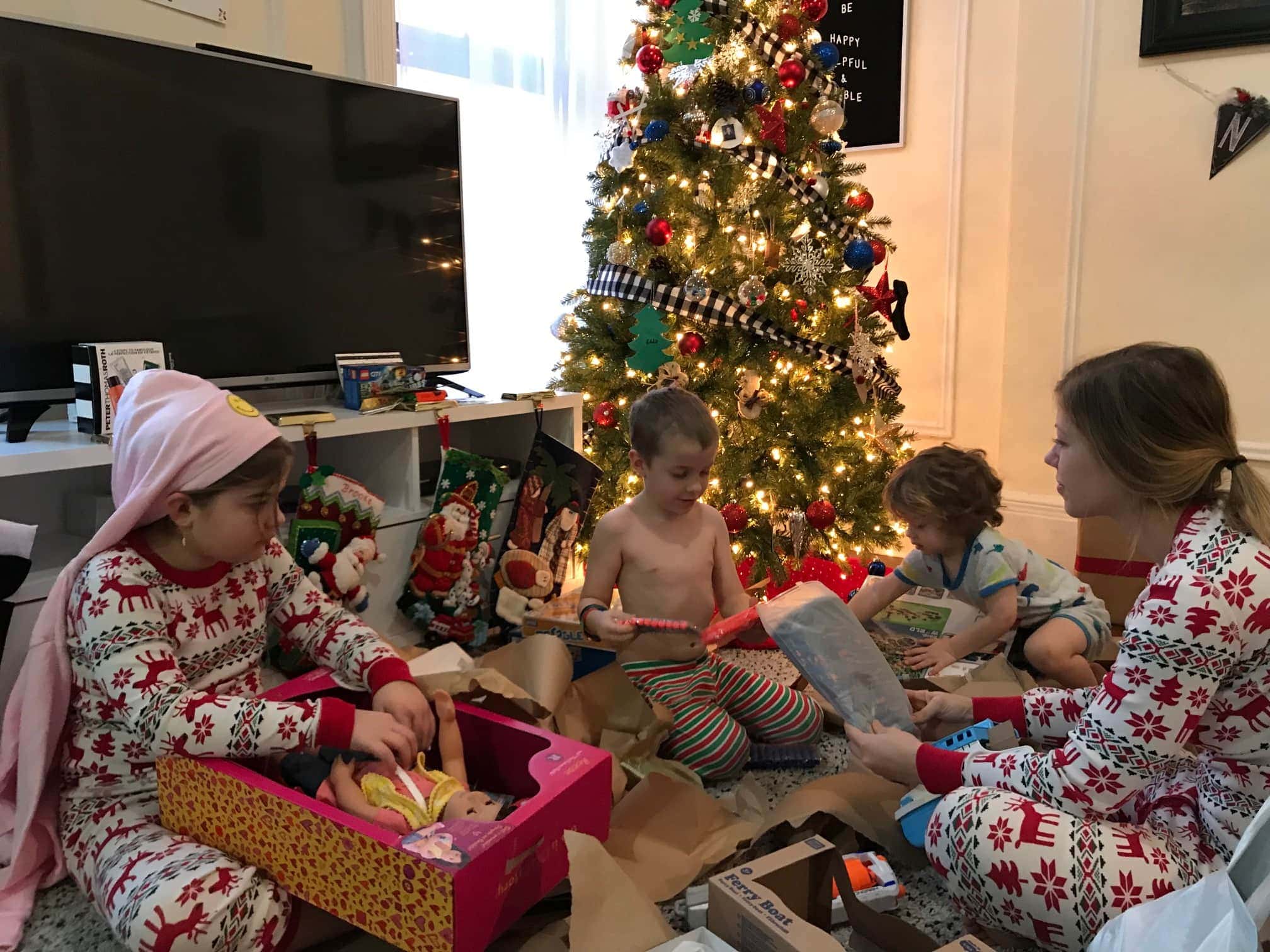 Here is what’s coming up this next week:

My birthday! I told Gordon I want to sleep in for my birthday, so he is taking me to a hotel for the night (because he wants to sleep in too!) Can’t blame the guy.

New Years Eve! I don’t think we have plans as of yet, but normally don’t do anything and go to bed early. Business as usual. Maybe I’ll just get a few fun appetizers for dinner with some sparkling cider and call it a day.

Kids go back to school and I’m not that mad about it.

Gordon and I are speaking at our church…in front of everybody. Just a little nervous about that. (There’s a reason I have a blog and *type* up my posts! AHH!) Wish us luck.