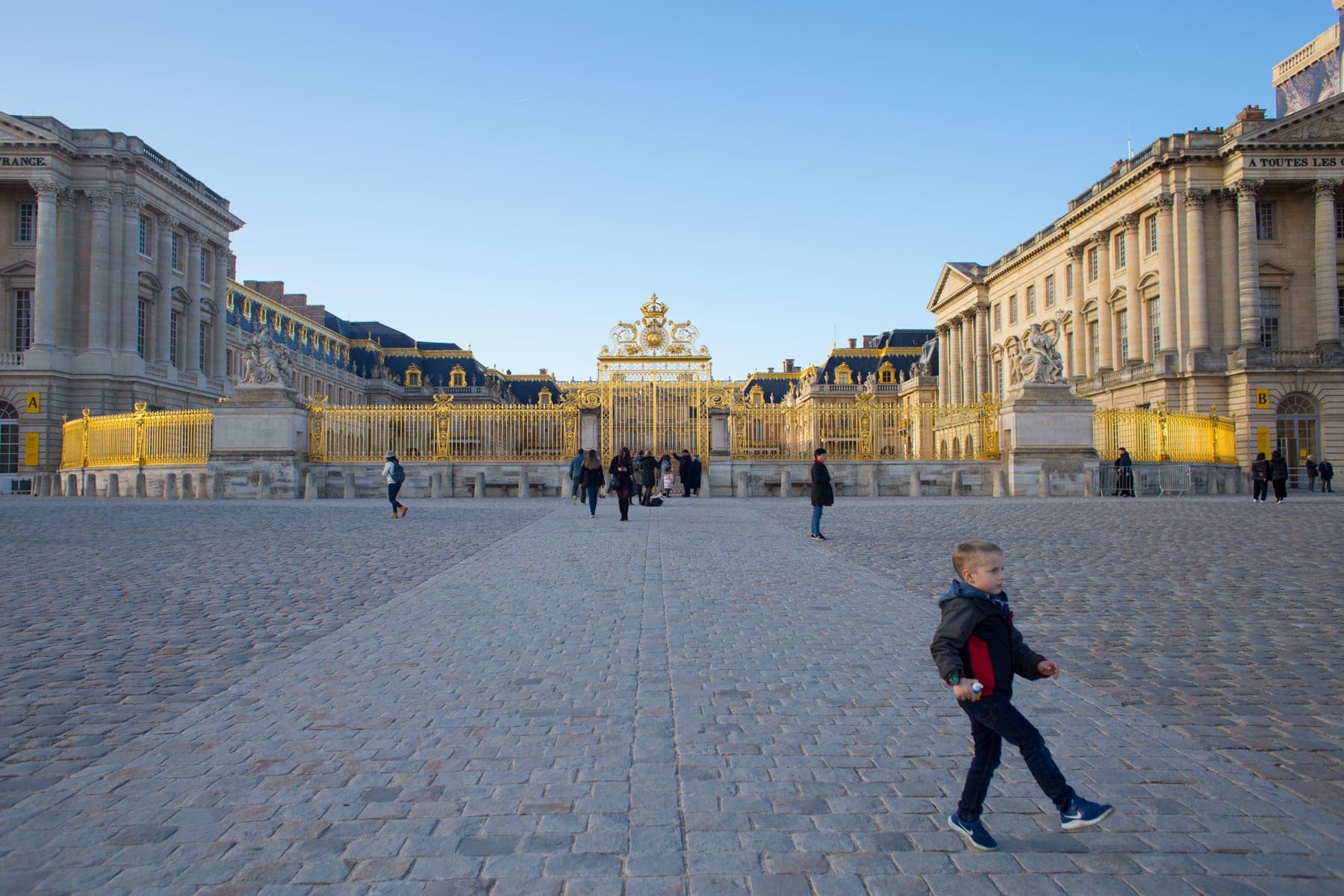 Happy to be sharing all our photos from the day trip we took to the Palace of Versailles (in Versailles, France!) After spending a few days at Disneyland Paris and getting used to the time zone, we were ready to hit the ground running, exploring other parts of this beautiful french country. Both Brooke and Blake were pretty amazed at how large and intricate or “fancy” everything was. Actually, I’m amazed that people were able to create buildings as ornate as this castle how ever many hundreds of years ago. It’s earned the name palace and photos don’t do it justice.

So, we took the train out to Versailles (our cheapest option) and it took about 45 minutes to get there, without including a 10 minute walk to the palace and a stop at McDonalds for lunch. Yes, I know we were in freaking FRANCE, but sometimes familiar is easiest and best for feeding my kids. We purchased our palace tickets on site and all the kids were free! So I think it only ended up being 18 euro per adult. Maybe 24 euro?! Not expensive in the least, especially since I had two kids I didn’t have to pay for.

We were traveling with Rachael from Eazy Peazy Mealz and her two kids, Lexi and Derrick. So incase you don’t recognize some of these kiddos, that’s why! We had beautiful weather and a fun afternoon exploring the castle and grounds. The castle was quite packed with people and quite dark inside, with the exception for the hall of mirrors, so there aren’t as many photos inside as I’d like, but we took a whole bunch outside 🙂

Once we were done with the castle, we walked over to the LDS Temple to check out the grounds since it was only about a mile away. So beautiful and great for our children to see the gardens, the nativity and Christus statue. Very peaceful and a great way to end the day. Blake was pretty wiped out from a full day of walking so we ended up getting an Uber back to our AirBnB for the rest of the evening.

Overall, it was definitely worth the day trip!

Have you ever been to Versailles before? 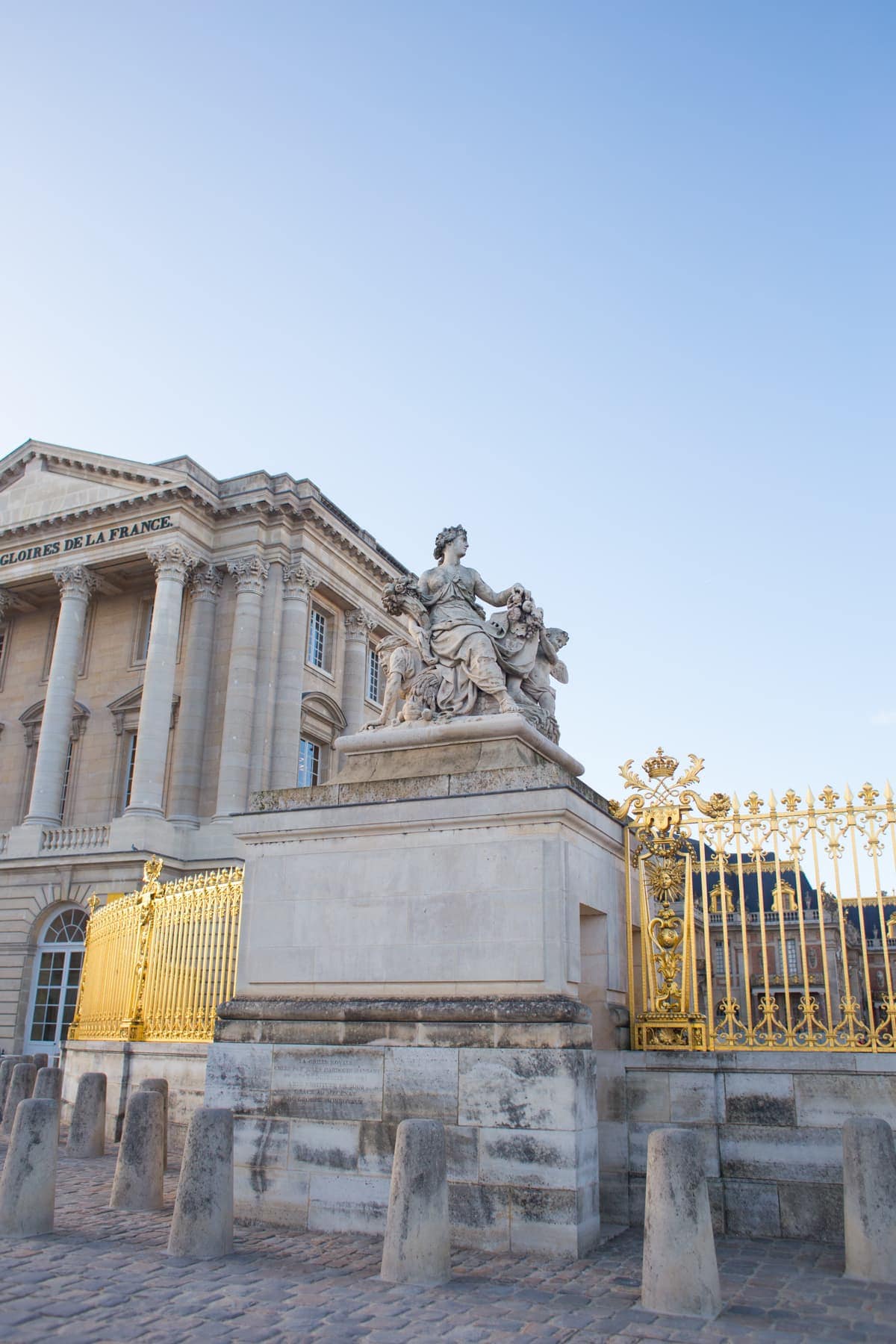 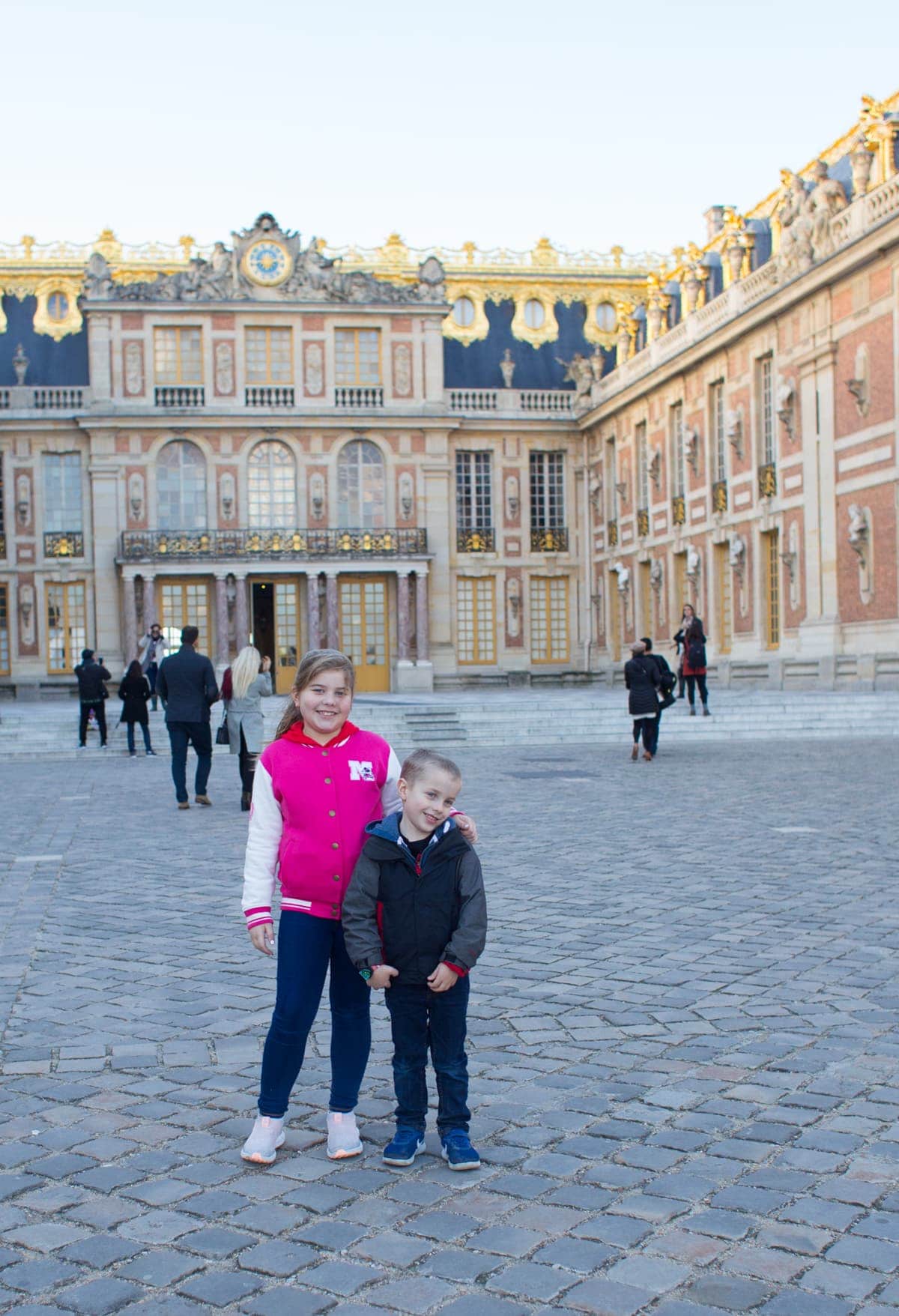 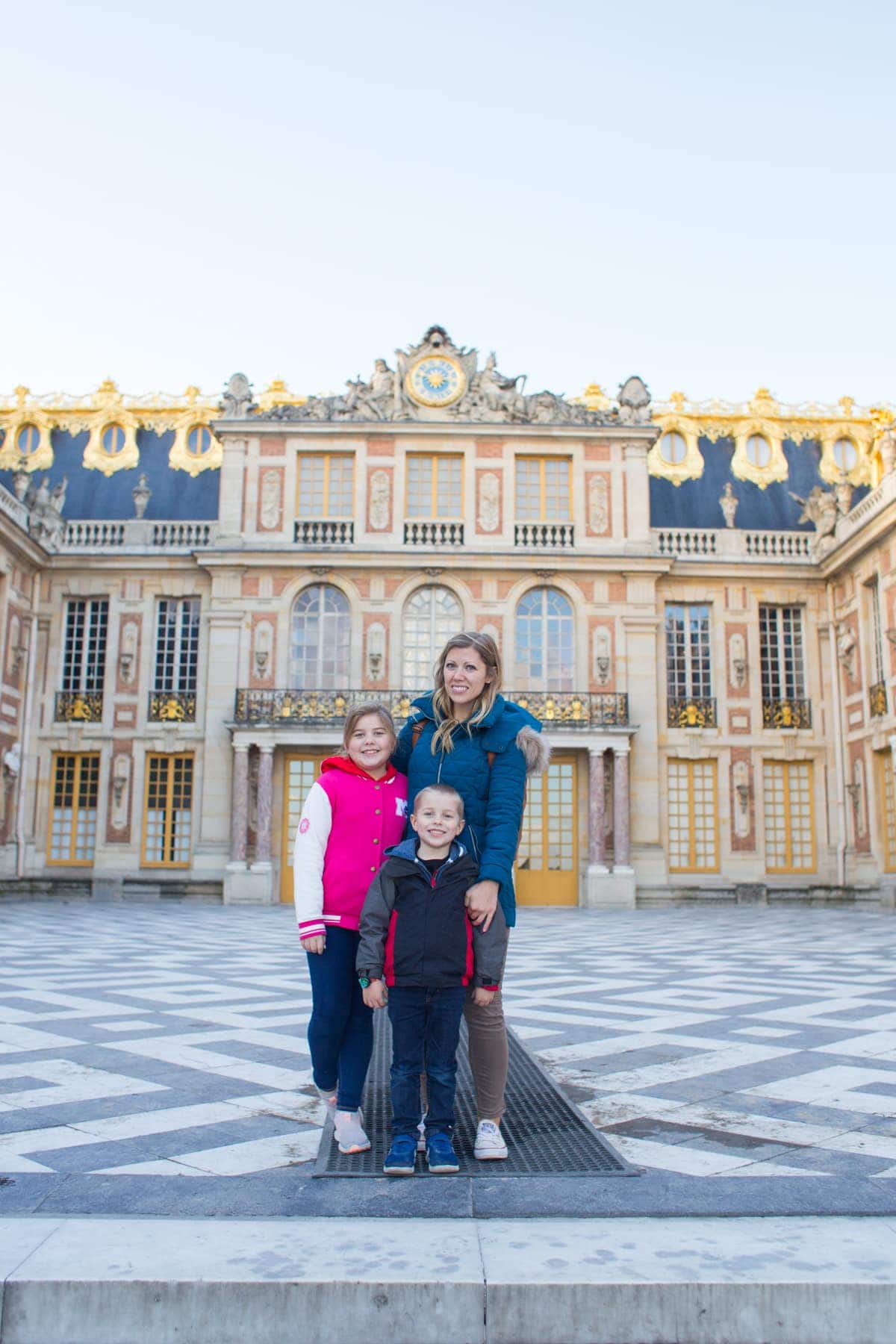 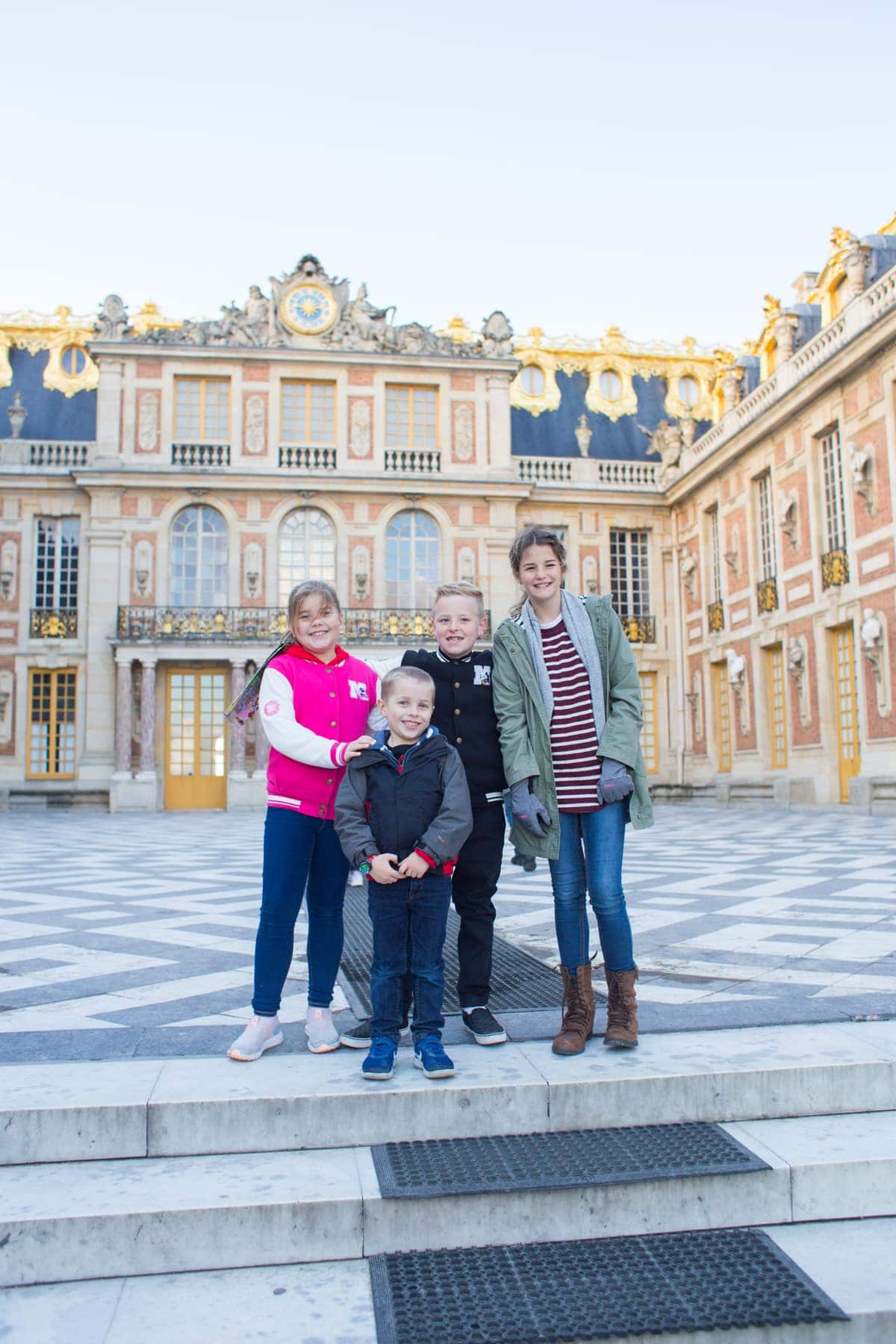 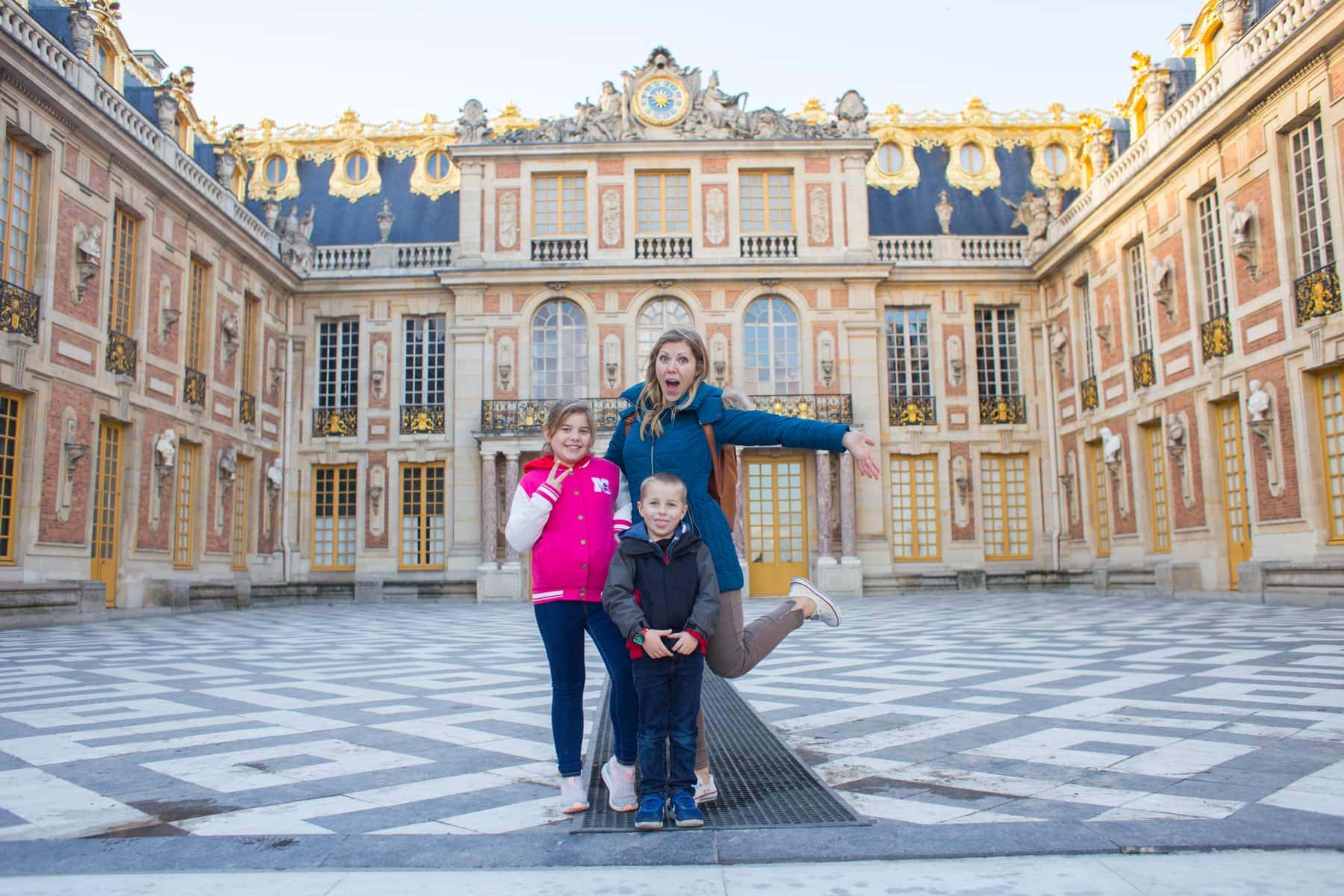 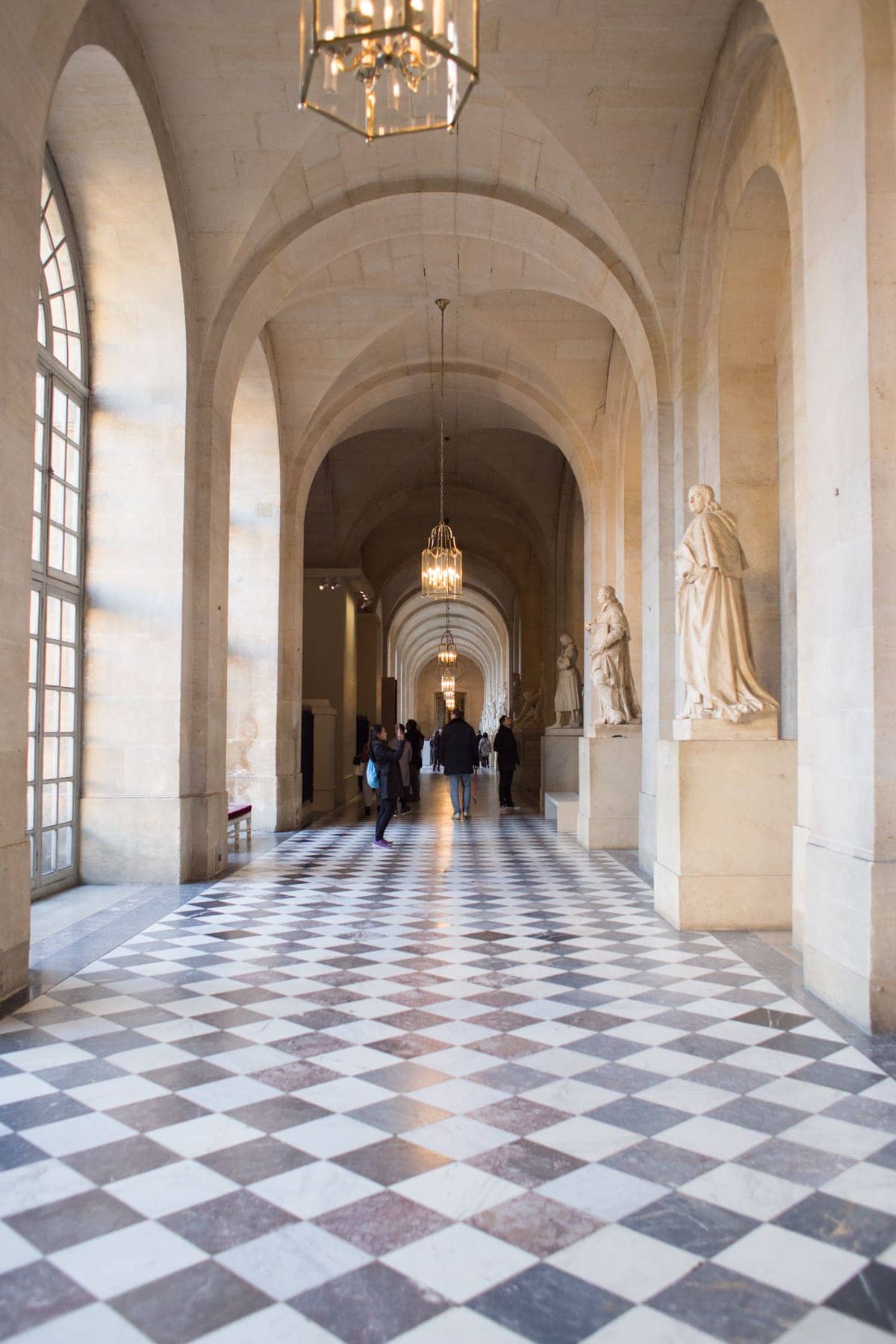 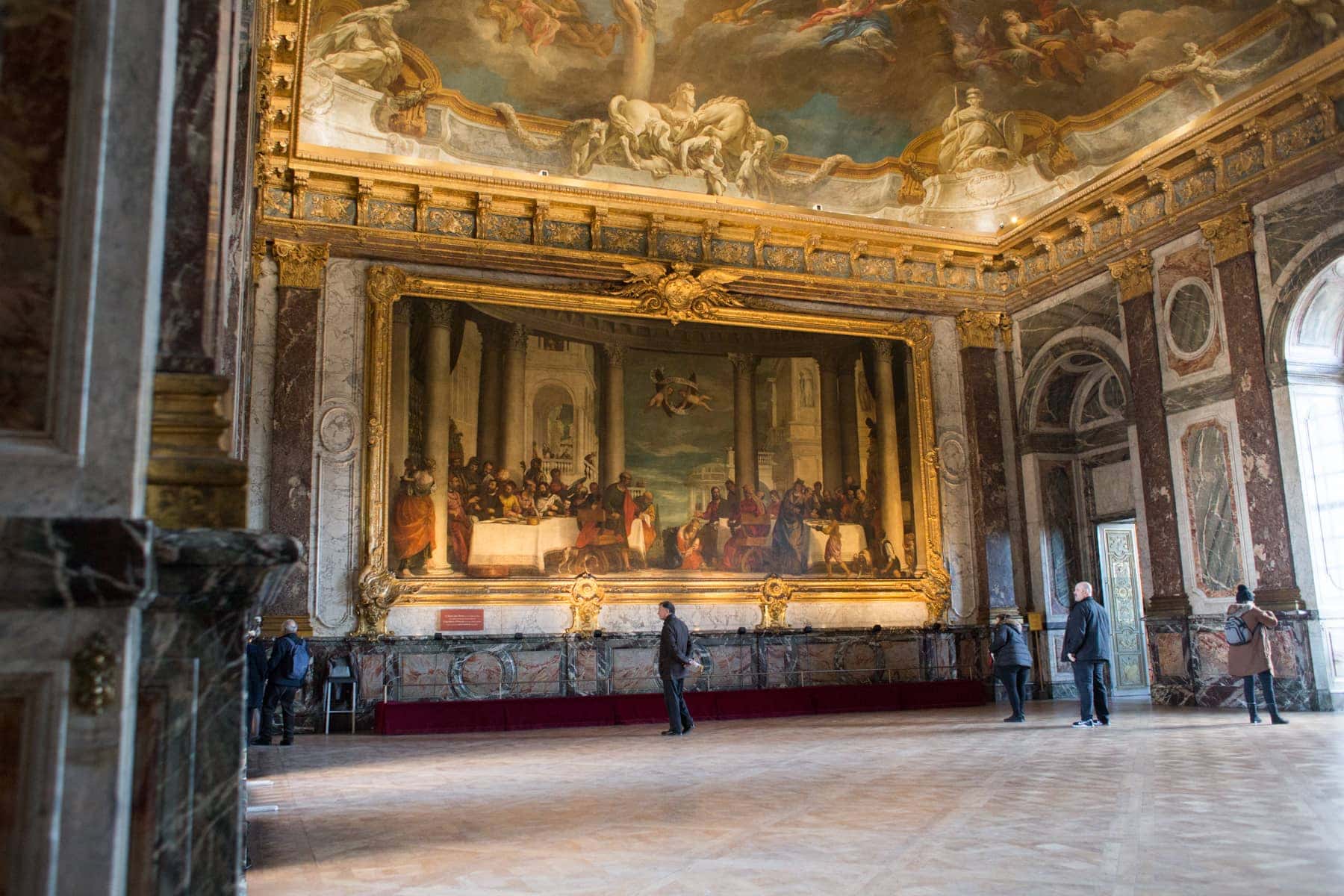 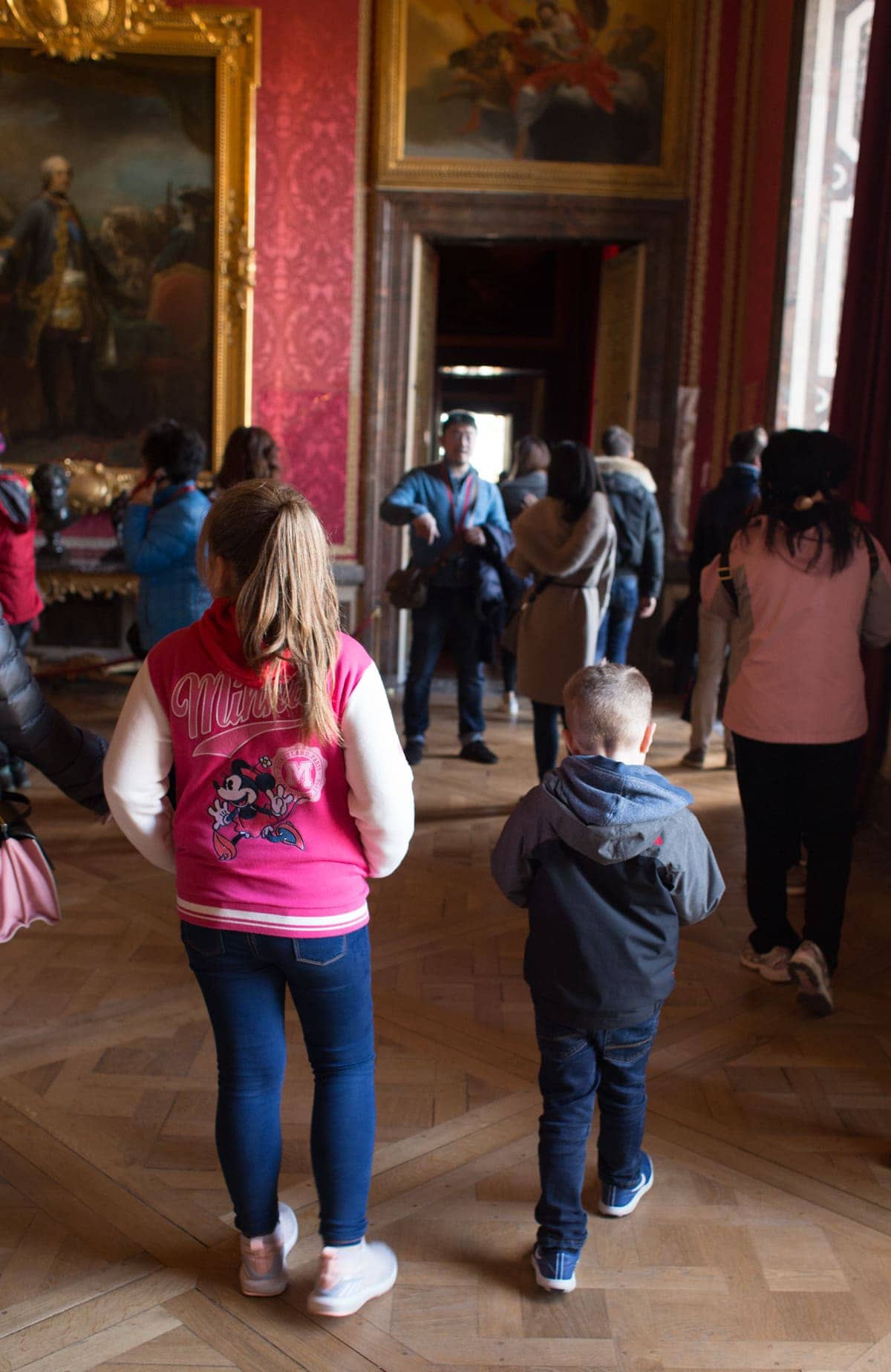 The most interesting part of the castle was probably the hall of mirrors. It was certainly the brightest room in the castle, hence the many photos. 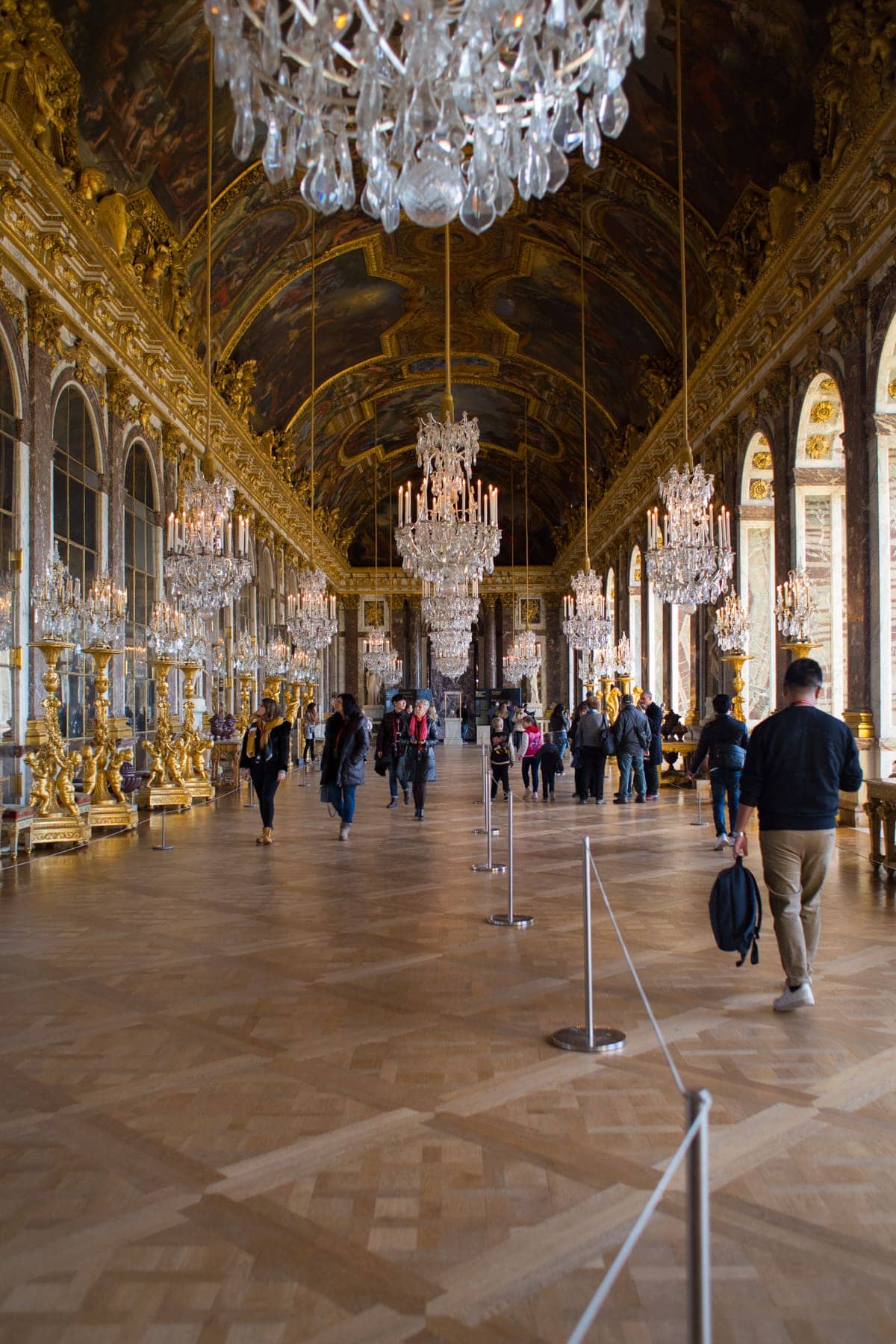 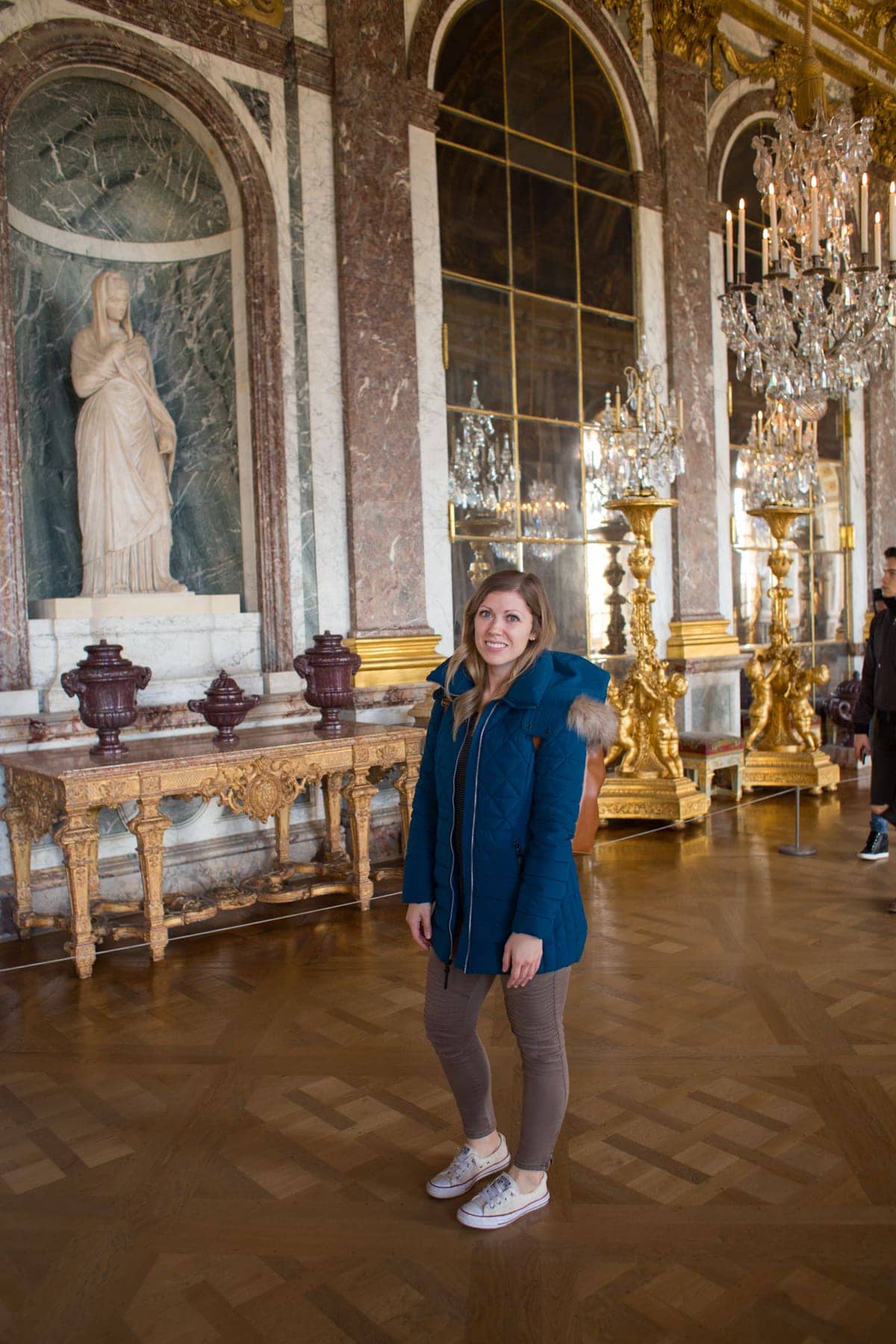 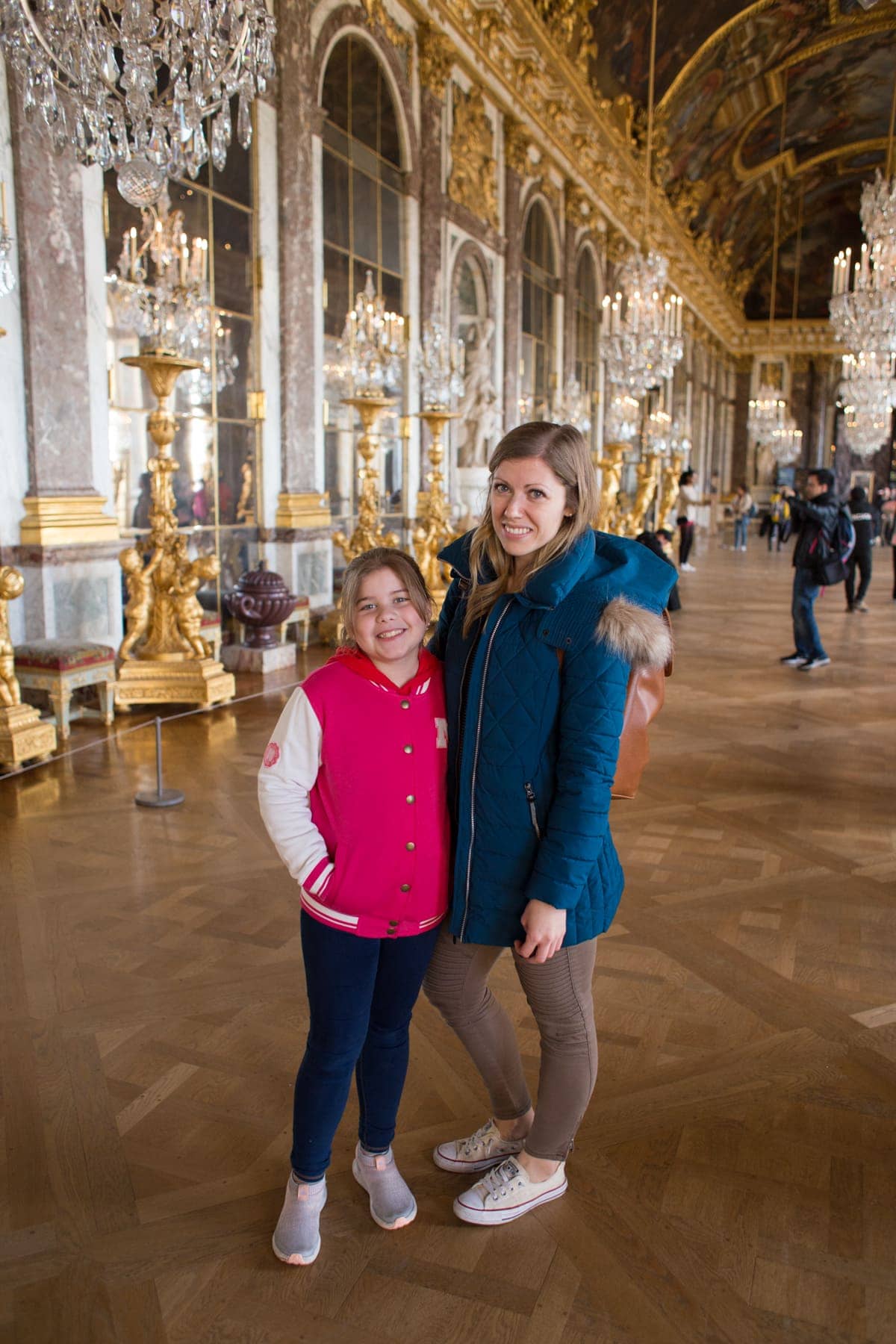 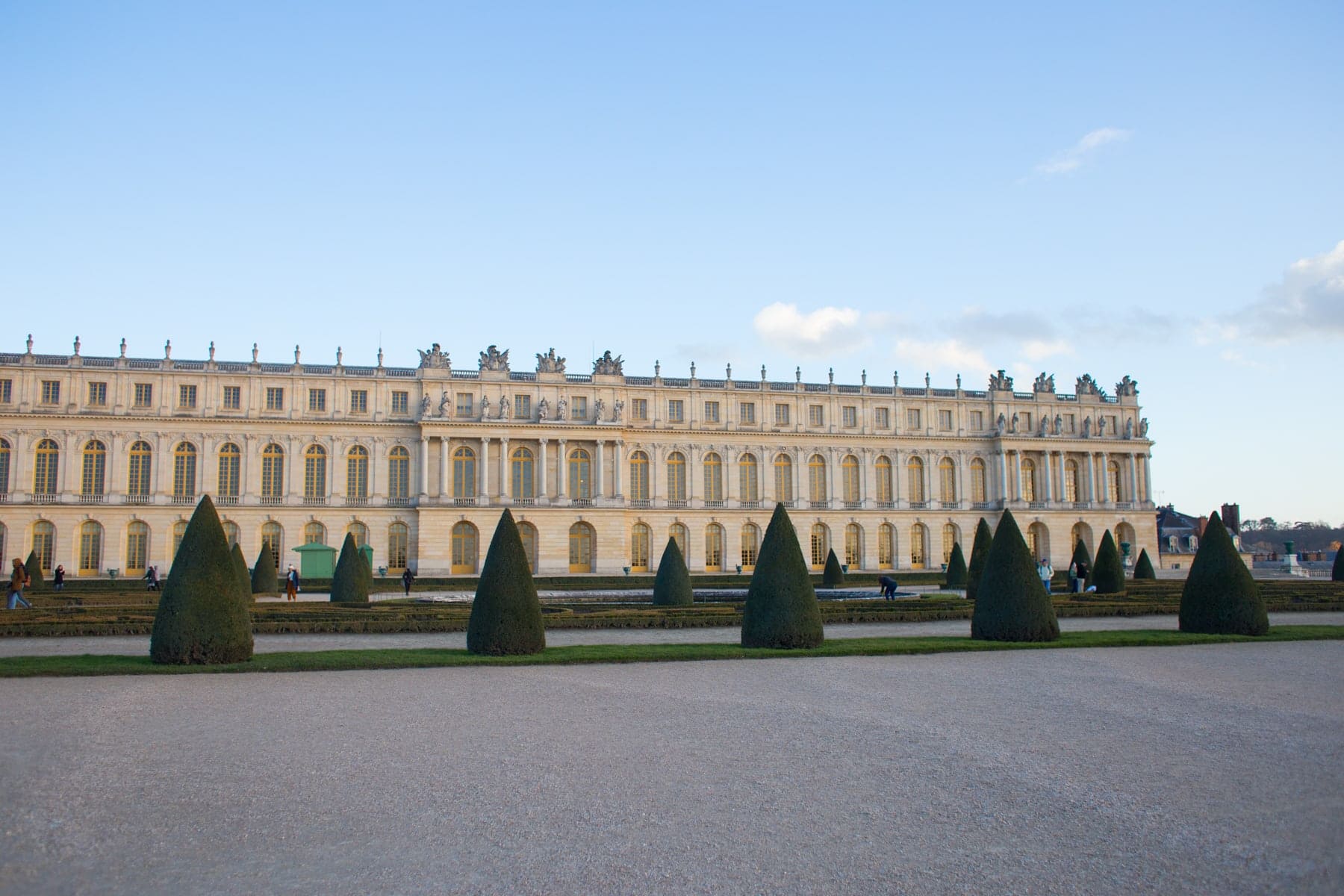