This Swirly Cinnamon Bread recipe is a cakey bread, baked until perfection and then dipped into butter and coated with cinnamon sugar!

Hold onto your hats friends, I’ve got another *fat pants* Swirly Cinnamon Bread recipe for you, and this one is RIDICULOUS. I’m so so excited to be sharing this recipe with you today because it is so amazingly good!

A sweet cinnamon swirled cake, baked until perfectly moist and then dipped into melted butter and coated with cinnamon and sugar!! If that doesn’t make you excited for dessert, then I don’t know what will.

You have my friend Machel to blame. Last week, she employed me to create a clone to a very very similar item found at her grocery store a few weeks prior. I’m not one to back down from a challenge, so of course I gladly accepted and a few days later here she blows.

This is a pretty simple loaf to make, you just need to be prepared to get a little messy whilst dipping the whole loaf into melted butter…and then cinnamon and sugar.

Also be prepared to gain weight with this one, folks. But, if ever there was a recipe worth the weight gained, this would be it.

Here are a few photos I snapped in the process; printable recipe below!

Have a wonderful weekend! xo 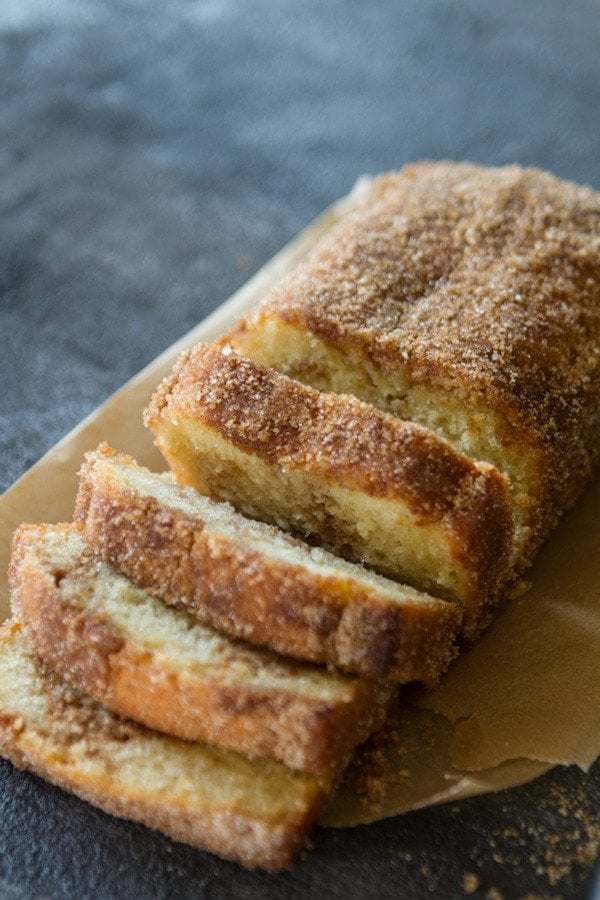