Cranberry Cream Pie has the tartness of cranberries as well as citrusy notes from the orange zest and soft fluffiness from marshmallows! 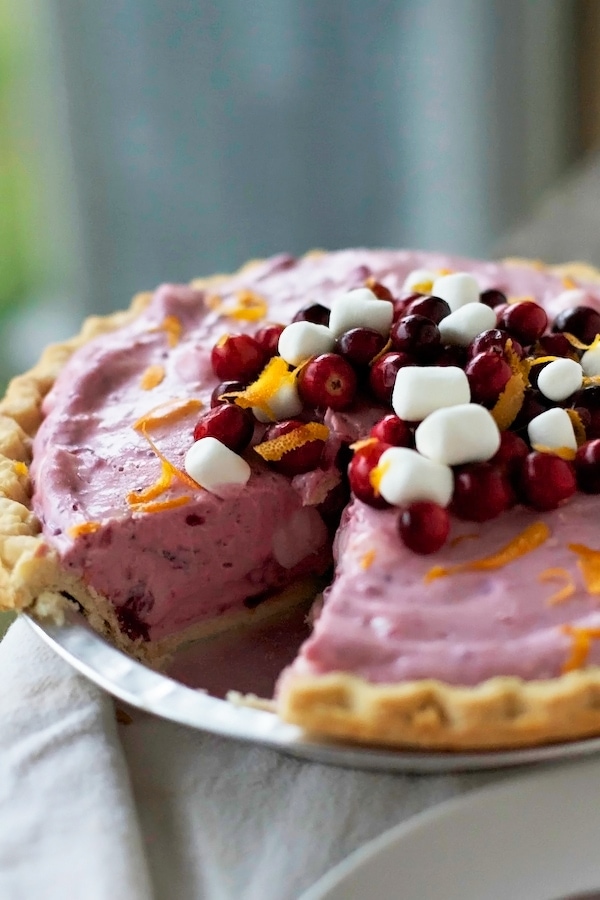 My child is trying to kill me.

Not my 6-year old and not the one in my womb.

No, it’s my 2 year old son that is consistently NOT sleeping that makes me want to either kill someone or hibernate for 17 years.

He will sleep about 9 hours a night and pretty regularly wake up between 5 and 6am. Apparently he’s taken to heart the ‘early to bed early to rise’ mentality from church. We try to convince him that it’s not time to wake up yet {ya know, cause it’s still dark out} but he doesn’t believe us. Logically rationalizing with a 2 year old at 5am doesn’t work very well. SO! We’ve resorted to giving him a flashlight, some books and a snack in hopes he’ll stays in bed until 6:30. And if he does happen to be done eating and reading before then, we let him watch Netflix in our bed while we rest until we can’t take anymore Dinotrucks.

We’d totally let him hang out in his own room and play, but he now shares a room with his sister in preparation for the new baby. And since she needs all the rest she can get because she has school, it’s made this rather difficult to keep him quiet in bed without waking her.

The easiest solution would be to just magically have him sleep until 7 every morning, but with or without a nap, his body clock just wakes him up!

A part of this comes with potty training because I feel like he’s waking up because he has to use the potty. In theory, this is awesome but in reality sucks because he doesn’t go back to bed. 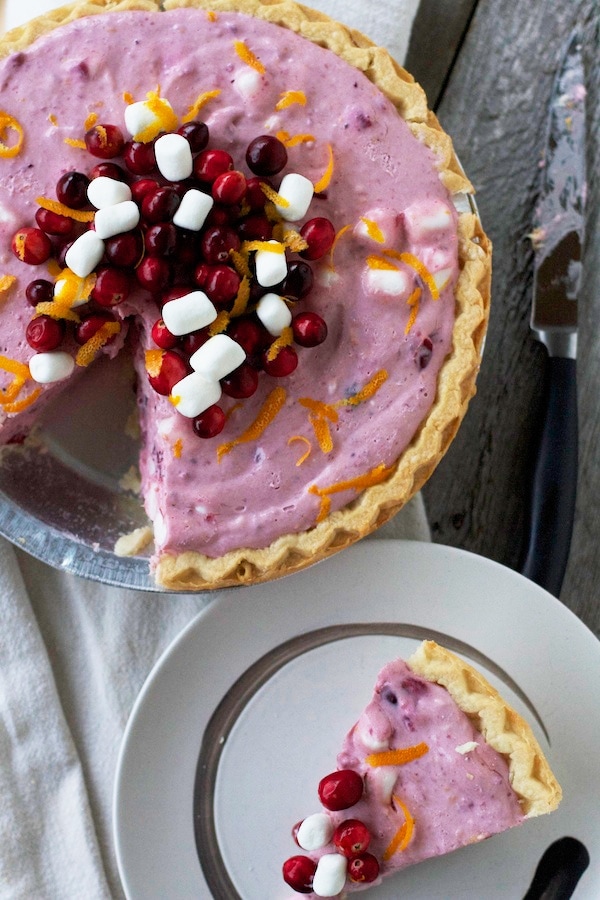 Besides that whole mess, I’m still on my pie kick. Yes, Thanksgiving is over but Christmas is headed out way in a hurry and I feel like it is my duty to continue bringing you the pies until you can’t stand them anymore. Slash I decide to make something else 🙂 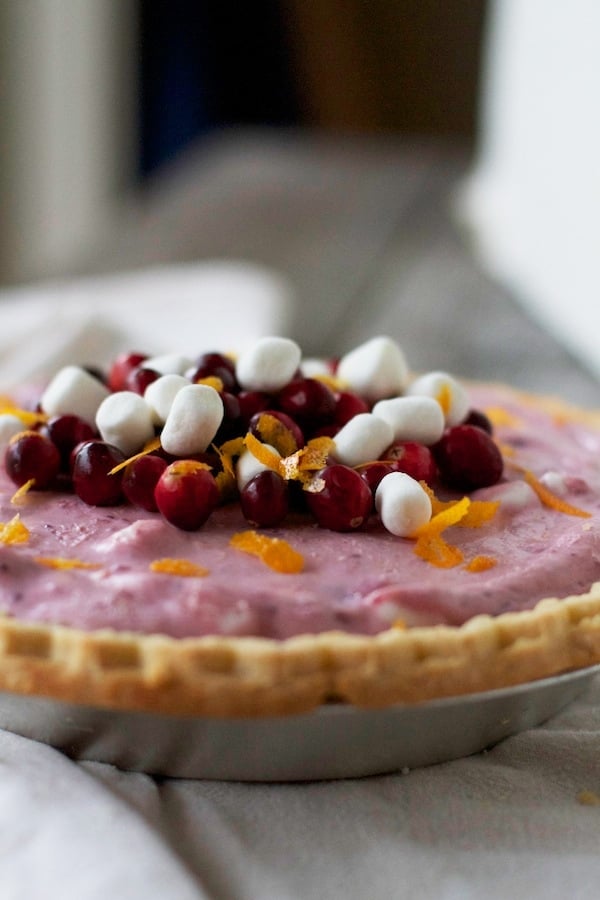 Friends: I give you the Cranberry Fluff Pie. It’s another refrigerated, no-bake dessert that takes no time at all to throw together that taste like that jello salad but in pie form! #winning

My husband thought it was a little too tart, but I didn’t mind it at all! I made a note in the recipe that you could add more sugar if necessary, but I thought it was fine as is, especially with the marshmallows and coconut. To each his own! Adapt as you like. 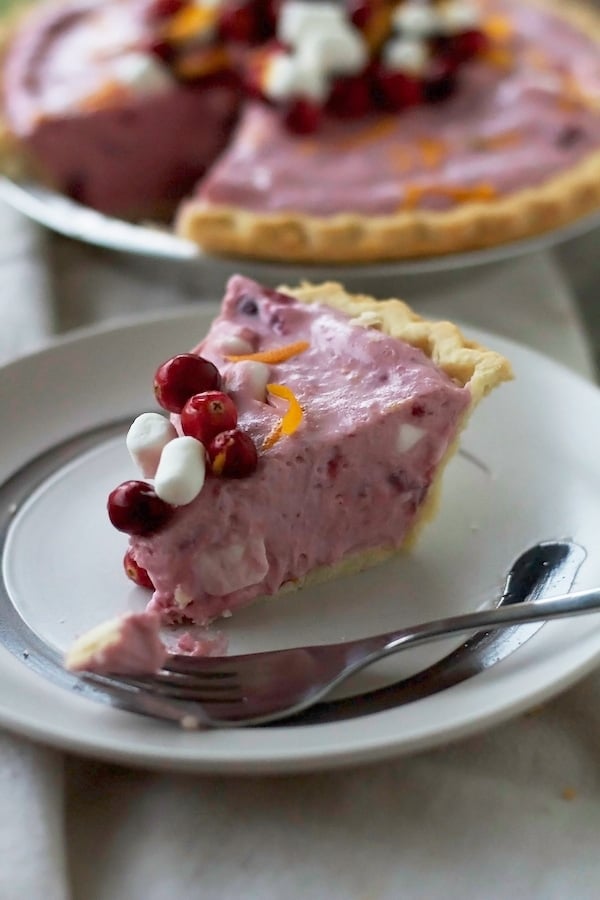 Enjoy this little gem for the next holiday season, or just make it today and pretend you missed Thanksgiving 🙂

And any help you can give me on the kiddos sleeping situation would be grand. Thanks!!

PrintPrint Pin ItPin It
5 from 1 vote

Cranberry Cream Pie has the tartness of cranberries as well as citrusy notes from the orange zest and soft fluffiness from marshmallows!
servings 8 servings
Prep Time 20 mins
Total Time 20 mins