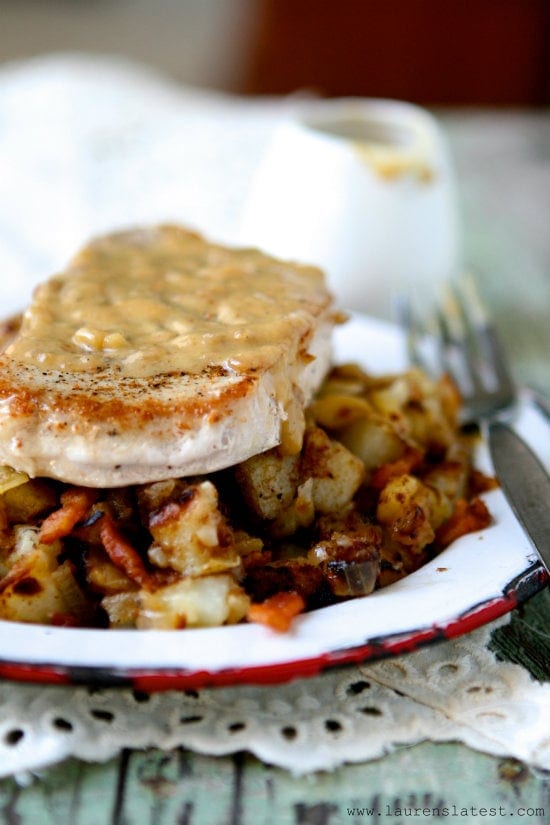 You guys. I’ve been dying 1,000 painful deaths trying to hold this recipe in! Back in May and June of this year, I was working with Costco and Pork Be Inspired to create some delicious meals for the Fall. Well, Jessica and I came up with this beauty of a chop and then perfected it with maple gravy and this amazing hash. And I really do mean amazing!! I am a hash addict.

Not that kind. I’m all sorts of crazy, but not like that.

We recorded the recipe with Jaden in June and waited.

And waited some more.

And then {finally!} we got the finished product which is what you’re going to watch below.

I’m so so happy with how this came out. We worked hard at the recipe and hope you all enjoy 🙂 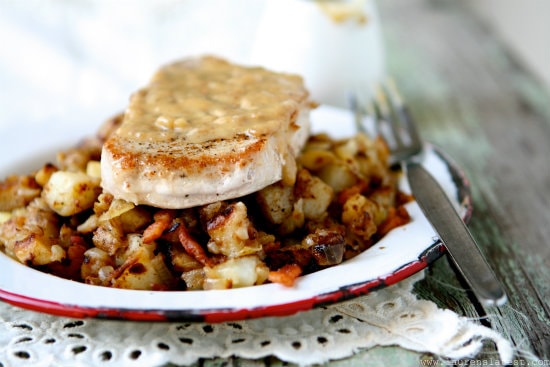 For the Pork Chops:

*Available at most Costco Warehouses