Sticky Chicken Drumsticks are gorgeously delicious. They belong in the chicken drumstick recipes hall of fame because they are THAT good! 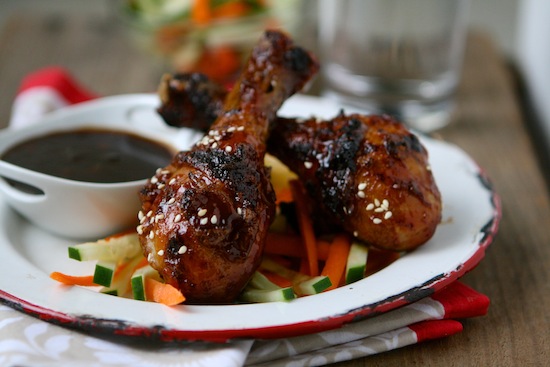 I made these amazing chicken drumsticks a few weeks ago and gave you a teaser photo on Instagram/Facebook/Twitter. You all hate it when I do that. Does it stop me? No. But in my defense, I had to wait to post this recipe because there’s a giveaway attached to it! Yes, a fun giveaway from Bonne Maman….you know, those French folks who make the stellarly awesome jams and jellies?  Ya, them! I’m not much of a toast + jam kind of person, but I certainly know how to whip one up in a certain recipe of the asian persuasion. With chicken drumsticks. Hint hint.

Do you know what I’m talking about?

Oh, you guys. It’s THIS recipe.

For these sweet and spicy {and STICKY!} Asian BBQ Drumsticks, I fried up some chicken, made a bbq sauce with the Bonne Maman Golden Plum Mirabelle jam, glazed these bad boys like there was no tomorrow and baked it right on there until brown and sticky. They were perfection and I ate most of them before my husband and daughter got home from running errands one evening. I’m nice like that.

Anyways, you must make these because they are uber yummy and the pinnacle of umami. I just wanted to use the word Umami.

But they are amazing and should be made for your next party, football game or dinner party. Easy enough for every day, but special enough for company. The printable is below and make sure to scroll down for the Bonne Maman giveaway! 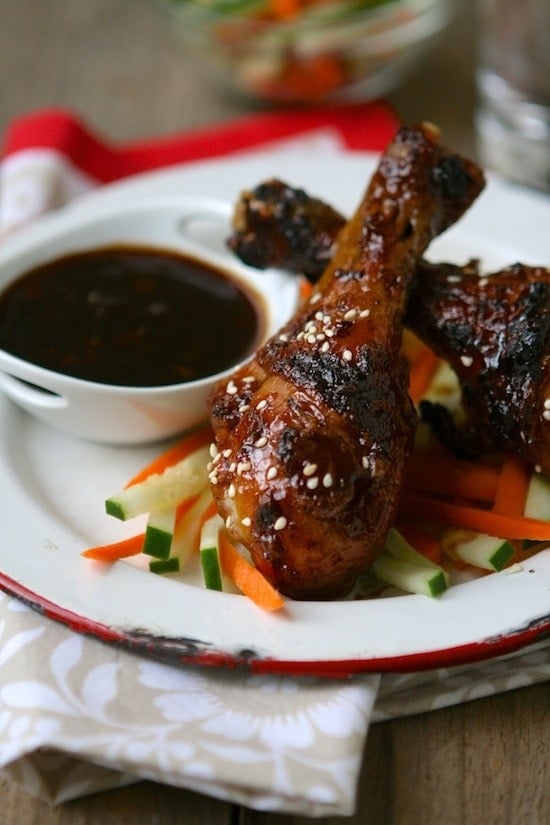 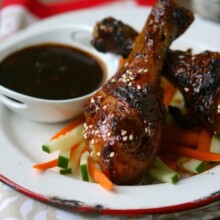 Sticky Chicken Drumsticks are gorgeously delicious. They belong in the chicken drumstick recipes hall of fame because they are THAT good!

For the Asian BBQ Sauce-

My friends at Bonne Maman want you to try out their new Golden Plum Preserves and are throwing in a jar of Strawberry and a jar of Fig Preserves too….because they really are awesome! Have you had these before? This is actually the only jam my Mom will buy! That’s how much my family loves it.

Here’s how you can enter:

1. Answer the following question: On a scale from 1-10, how much do you like jam? Leave your answers in the comments below!

You can pick one of these to to, or all 7! It’s totally up to you! And now for the {boring} rules: Contest will start November 2nd at 12:00am PST and will end November 15th at 11:59 PM PST. Winner will be drawn at random and contacted via email. Winner will have 48 hours to respond before another winner is chosen at random. Winner needs to reside in the continental US.