This Chicken Bacon Alfredo Stuffed Spaghetti Squash recipe is SO good. It includes chicken, bacon, alfredo, and cheese!!! Why wouldn’t you try this out? 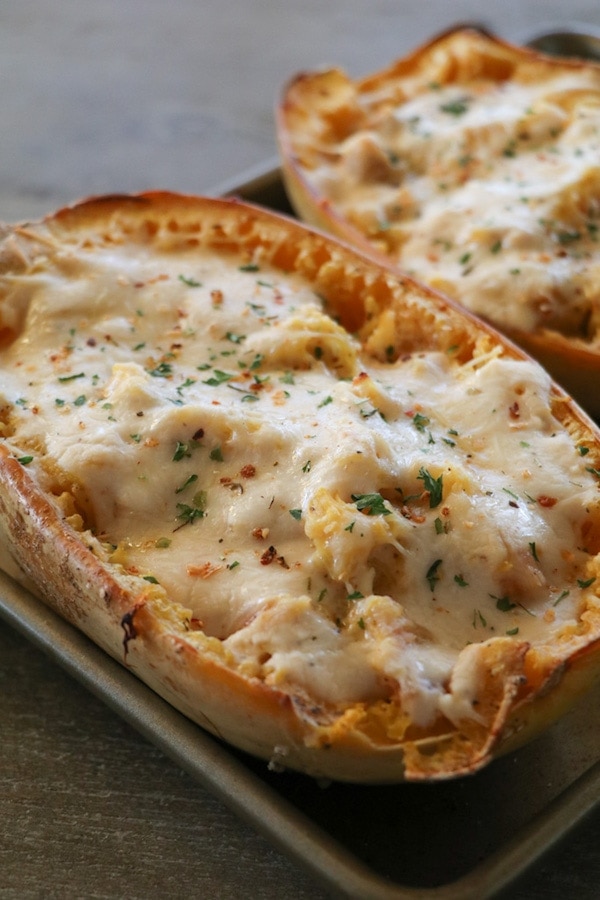 I know some of you loathe spaghetti squash and I’ve kept my distance from it because I know a lot of people don’t like it as much as I do, but I actually made something worth trying and I promise it may or may not change your mind about the whole spaghetti squash thing. How’s that for a promise?

It does take some time to bake, but besides that it’s a very easy recipe to make.

I’d recommend adding in as much bacon in as humanly possible. You’re welcome for that little tip 🙂

Have a great Monday! 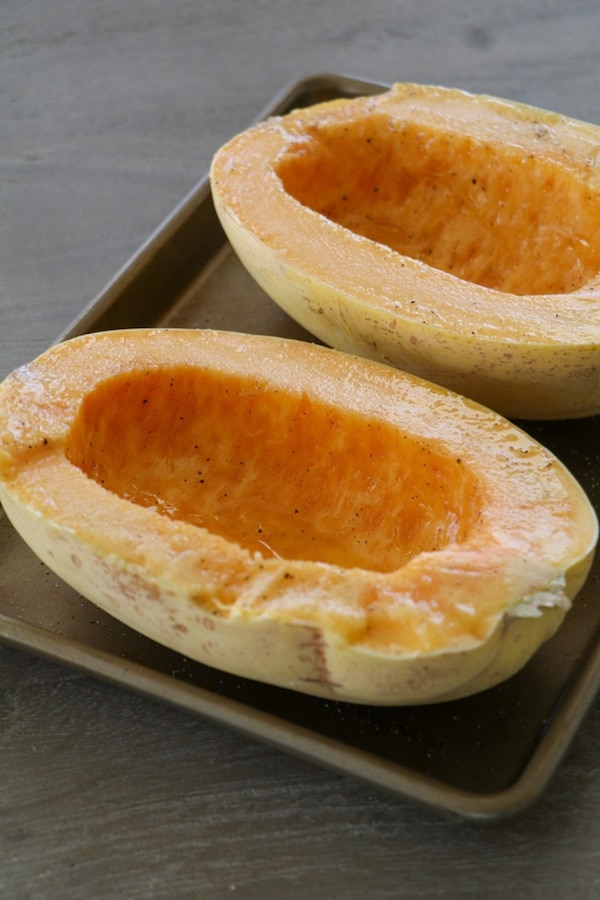 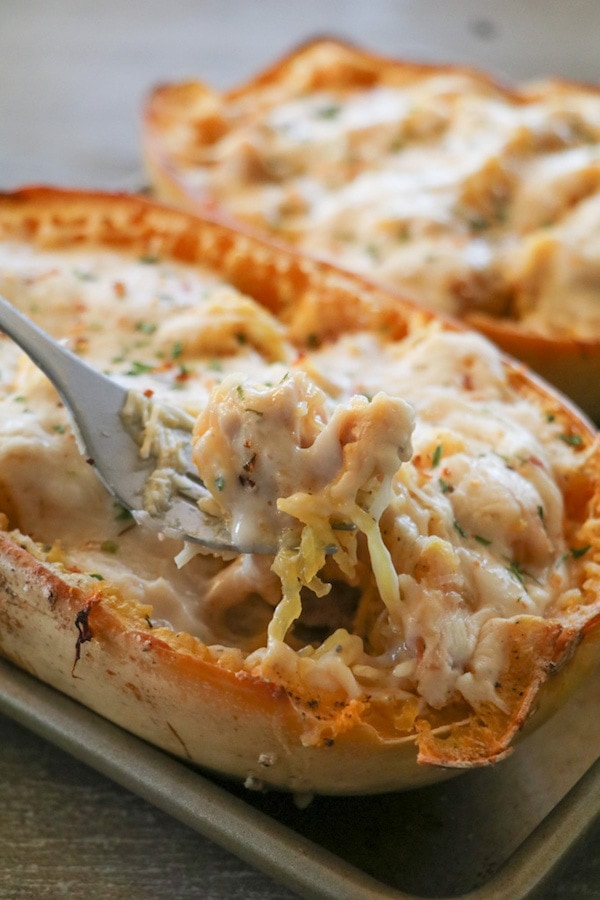 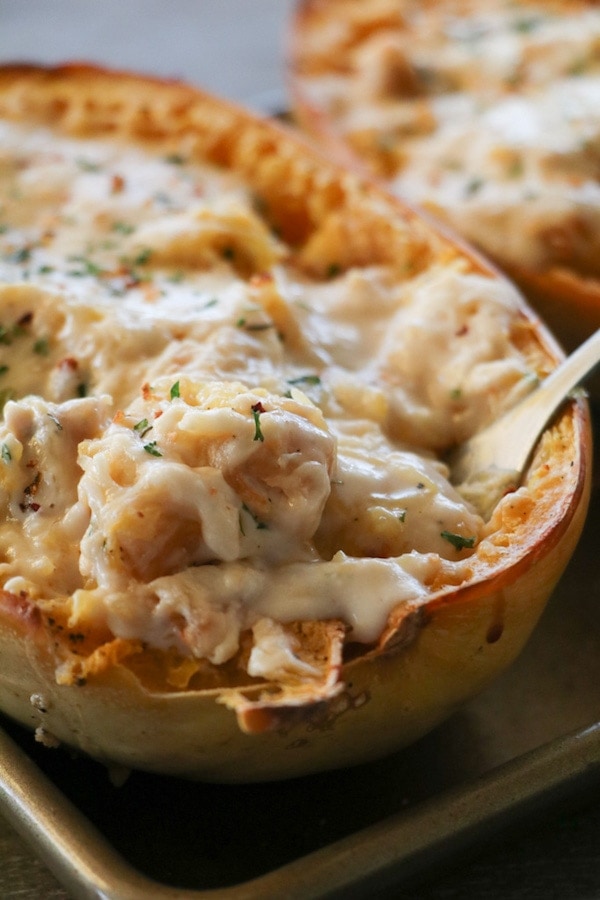 How to Cook a Spaghetti Squash in the Crock-Pot

Getting Kids to Eat Veggies