Funeral Potatoes… everyone has a recipe for this popular casserole! Here is our family recipe for funeral potatoes that we’ve been making for years. Creamy, cheesy and oniony. Perfect for any Sunday Supper or Holiday.

Here is a super common but super delicious recipe for Funeral Potatoes. EVERYONE has a recipe for funeral potatoes and this is the one my family has been making year after year. Whether it’s for Easter or Christmas, we devour this classic potato casserole. Lots of butter and unhealthy things up in these potatoes, so I make these only a few times a year, but when I do, people go crazy for them! They are so darn good (and easy too)! 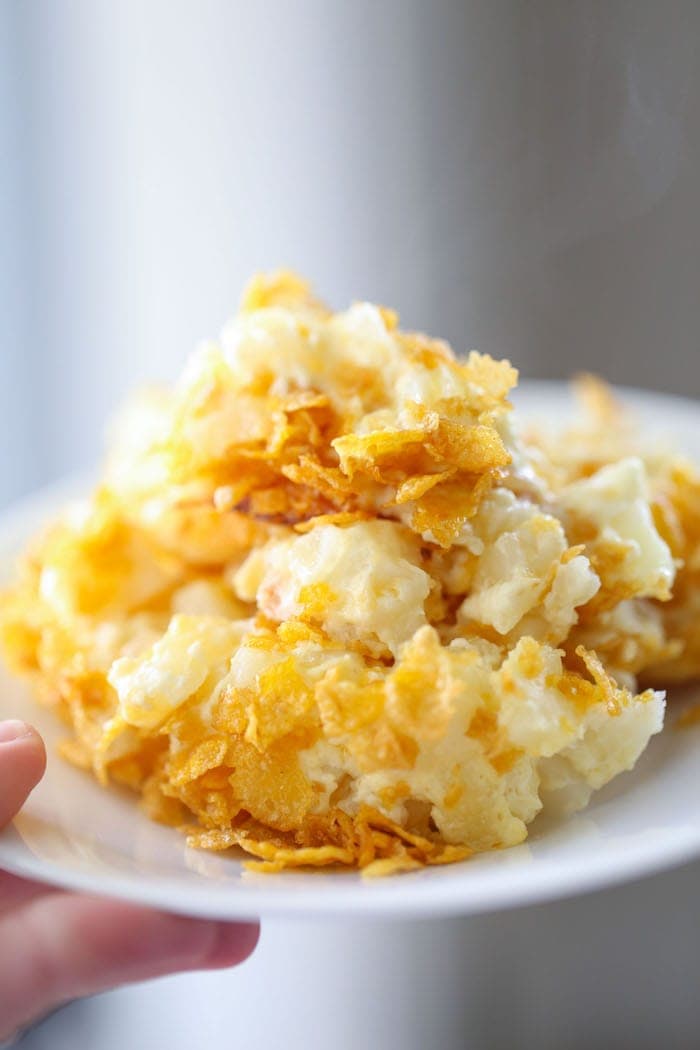 How to make Funeral Potatoes:

Those frozen hash browns and a few cans of condensed soup are the easiest base to this amazing potato dish! Only a few quick minutes of prep before a long oven bake. 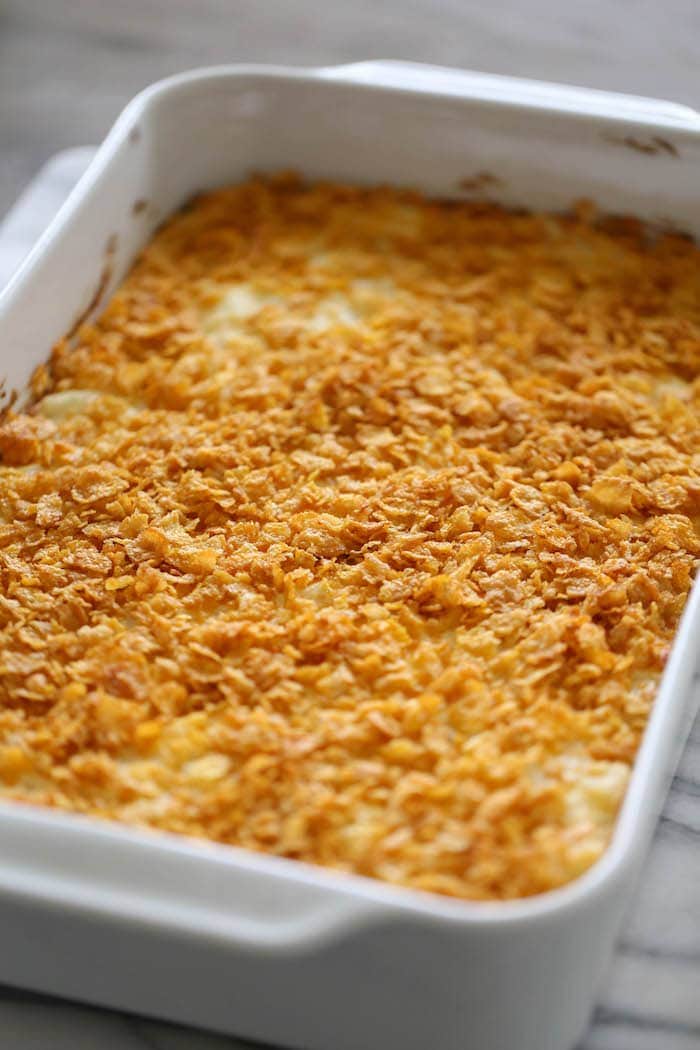 Other Toppings for Funeral Potatoes

And in case you’re wondering, corn flakes aren’t the only thing to top this potato casserole with! Here are some other tasty and convenient options:

I prefer my Funeral Potatoes with french fried onions, but I was fresh out, so I used corn flakes (classic). Don’t be afraid to use what you have in your pantry! 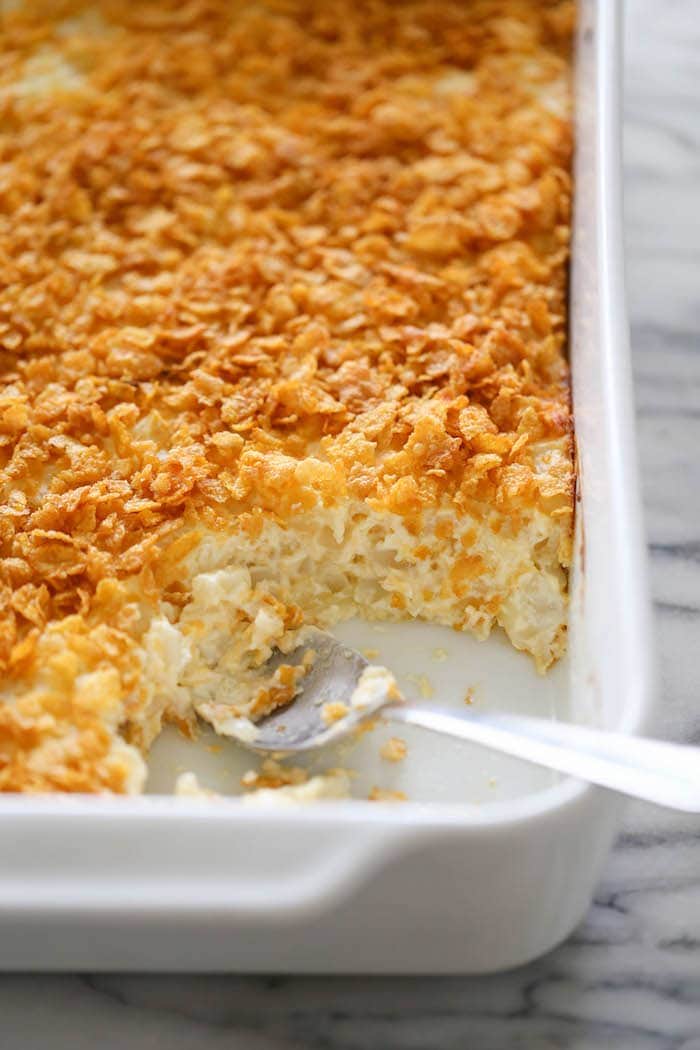 Anyways, take a peek at my version of this recipe below and see how yours varies. They all generally have the same ingredients and methods and turn out perfectly. Have a wonderful weekend, friends!! 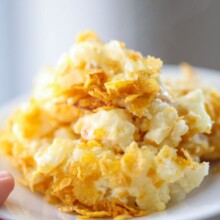 Funeral Potatoes...everyone has a recipe for this popular casserole! Here is my creamy and oniony version!